Leeds United once again made a comeback in the English Premier League after playing a seven-goal thriller against Bournemouth that ended 4-3 in favour of the home team. Rodrigo gave them the lead early in the first half. The Cherries scored three goals and were 3-1 up by the halfway mark. Sam Greenwood, Liam Cooper, and Crysencio Summerville scored three goals and helped their side complete a comeback.

What were the attacking zones for Leeds United? How many shots were attempted from inside the penalty box by Bournemouth? 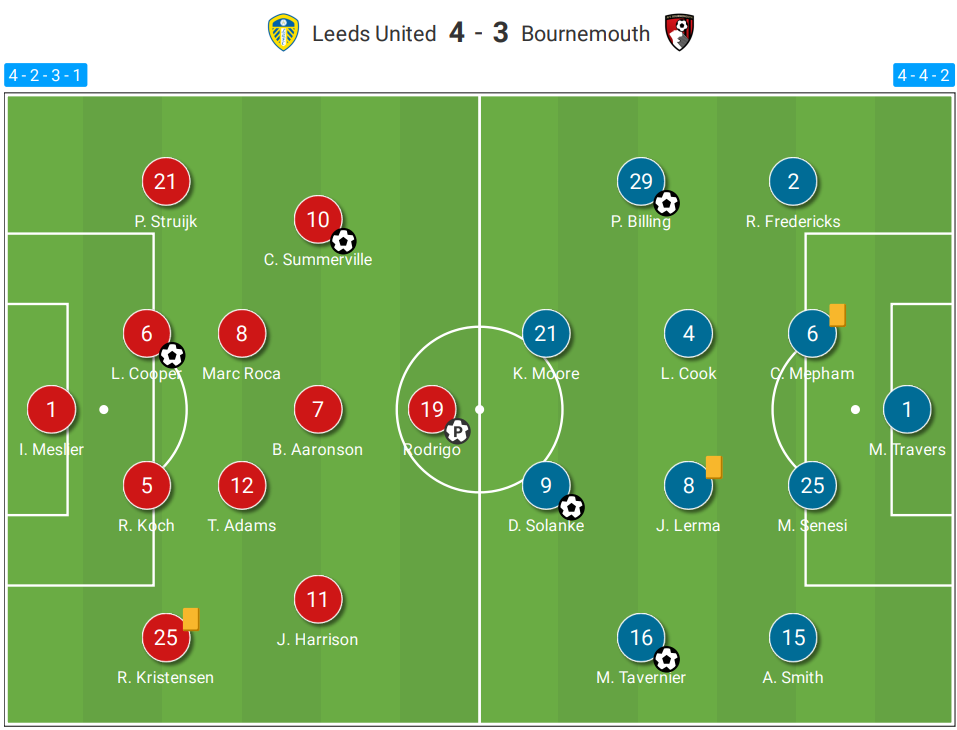