Manchester City left it late to take three points from Fulham in the English Premier League. Julian Alvarez opened the scoring in the 16th minute of the match. The home team received a setback and was reduced to ten men, ten minutes after taking the lead. Fulham were awarded a penalty kick, which Andreas Pereira converted. The defending champions were awarded a penalty deep into extra time and won by a score of 2-1. Erling Haaland scored from the penalty spot after being introduced from the bench.

How many positional attacks were created by Manchester City? Who contested the most duels for Fulham? 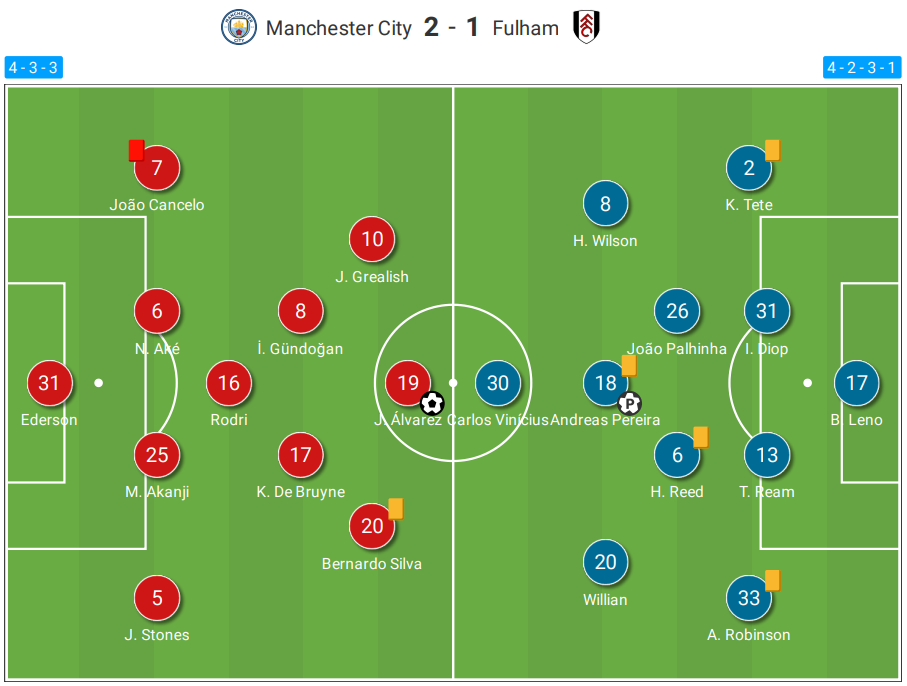