Liverpool suffered back-to-back losses in the English Premier League after going down 2-1 against Leeds United. Rodrigo Moreno scored the opening goal in the fourth minute after he converted a sloppy back pass by Joe Gomes. Mohamed Salah equalised just after ten minutes. The match was heading for a draw, but 21-year-old Crysencio Summerville broke the hearts of Anfield’s faithful by scoring the winning goal in the 89th minute.

What were the ball recovery zones for Liverpool? Who made the most interceptions for Leeds United? 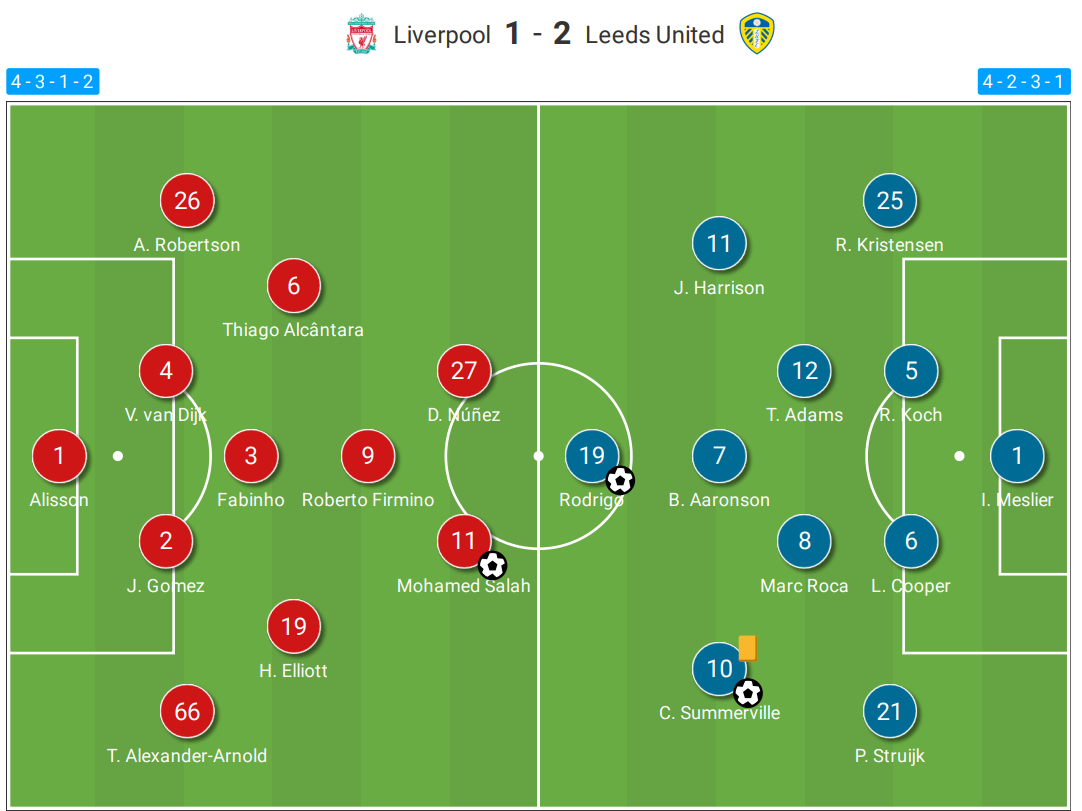