Tottenham Hotspur defeated Olympique de Marseille in the dying minutes of the game to secure a place in the knockout stages of the UEFA Champions League. The match started with both teams having their fates in their own hands, and the hosts gave Spurs a shock when they scored in the added minutes of the first half. Had they managed to cling to that lead, they would have qualified for the knockout stages, and Spurs would be on their way to playing in the UEFA Europa League. But Clement Lenglet pulled one back in the second half to regain their hopes, and Pierre-Emile Højbjerg scored in the dying minutes of the game through a counterattack to ensure first place in Group D.

How did Tottenham Hotspur win with a very low xG? How did Marseille not score more goals even with a high number of shots? 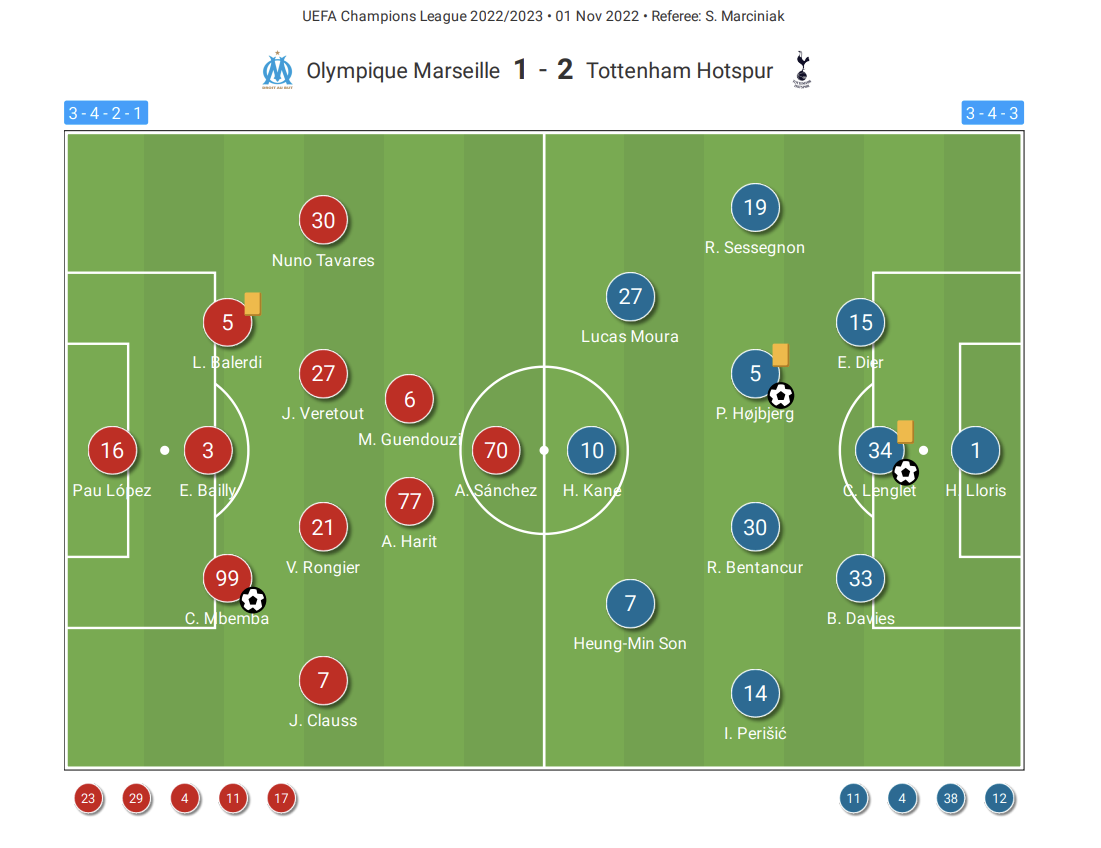