Clement Lenglet joined Tottenham Hotspur this summer after a forgettable run with Barcelona. He was hardly the first choice at Barcelona and had not produced the performances to keep his place in the XI either. But the switch to North London, to play in the English Premier League, seemed to have worked in favour of the defender, as he is enjoying a good run under Antonio Conte. He has pulled out some impressive performances and scored the winning goal against Olympique de Marseille in the UEFA Champions League.

We take a look at some stats to understand whether Tottenham Hotspur should consider signing him permanently. 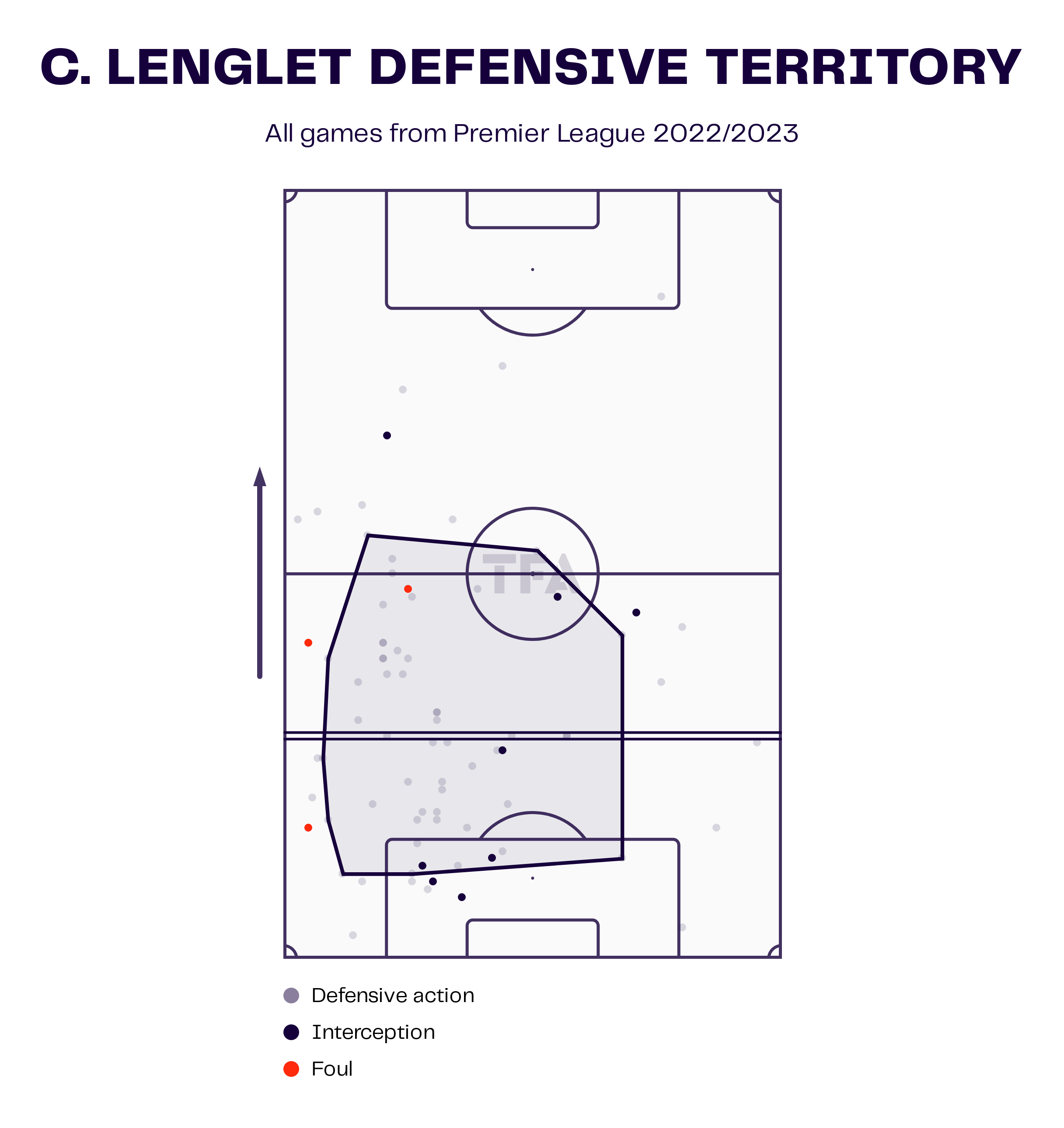 Clement Lenglet usually plays centrally in a three-man defence for Spurs. He seems to have recovered his form under Antonio Conte, as he is anticipating well and making good tackles. Lenglet makes 7.3 defensive duels per game with a 70% success rate and 2.96 aerial duels per game with a 50% success rate. He used to give away so many fouls, even inside the penalty box for the Blaugrana, but the Frenchman has improved his decision-making under Conte and has looked solid at the back. 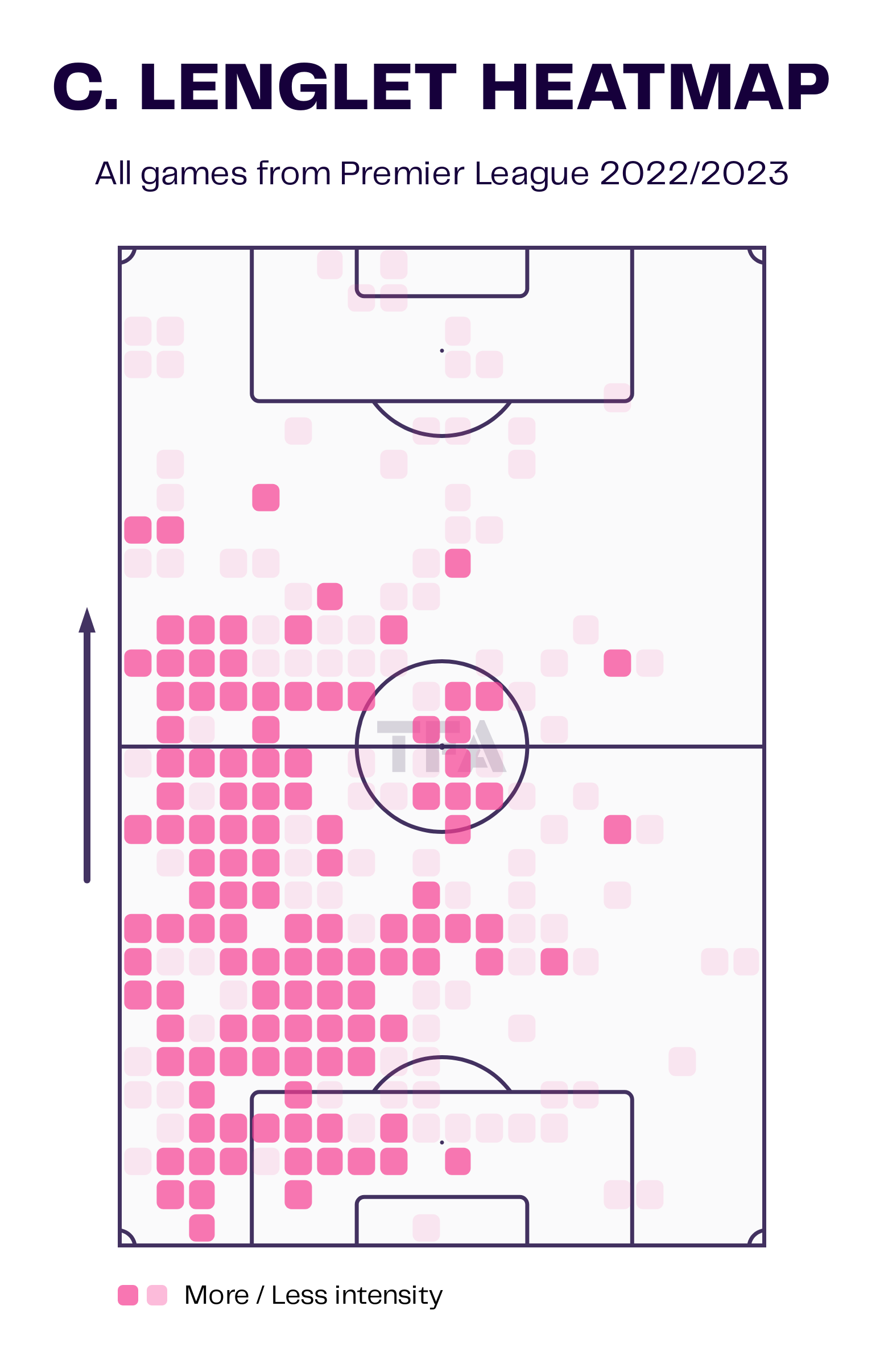 Clement Lenglet’s presence has been very important for Spurs at the back, as he has made many important tackles and won an average of 2.67 loose balls with an accuracy of 67%. He has stopped a lot of attacks from building with his precise pressing and interceptions. The 27-year-old has made 3.75 interceptions per game on average and makes 8.89 recoveries in the opposition’s half as well. But the Frenchman has also lost the ball in his half around 2.77 times per game, something he will be looking to improve. 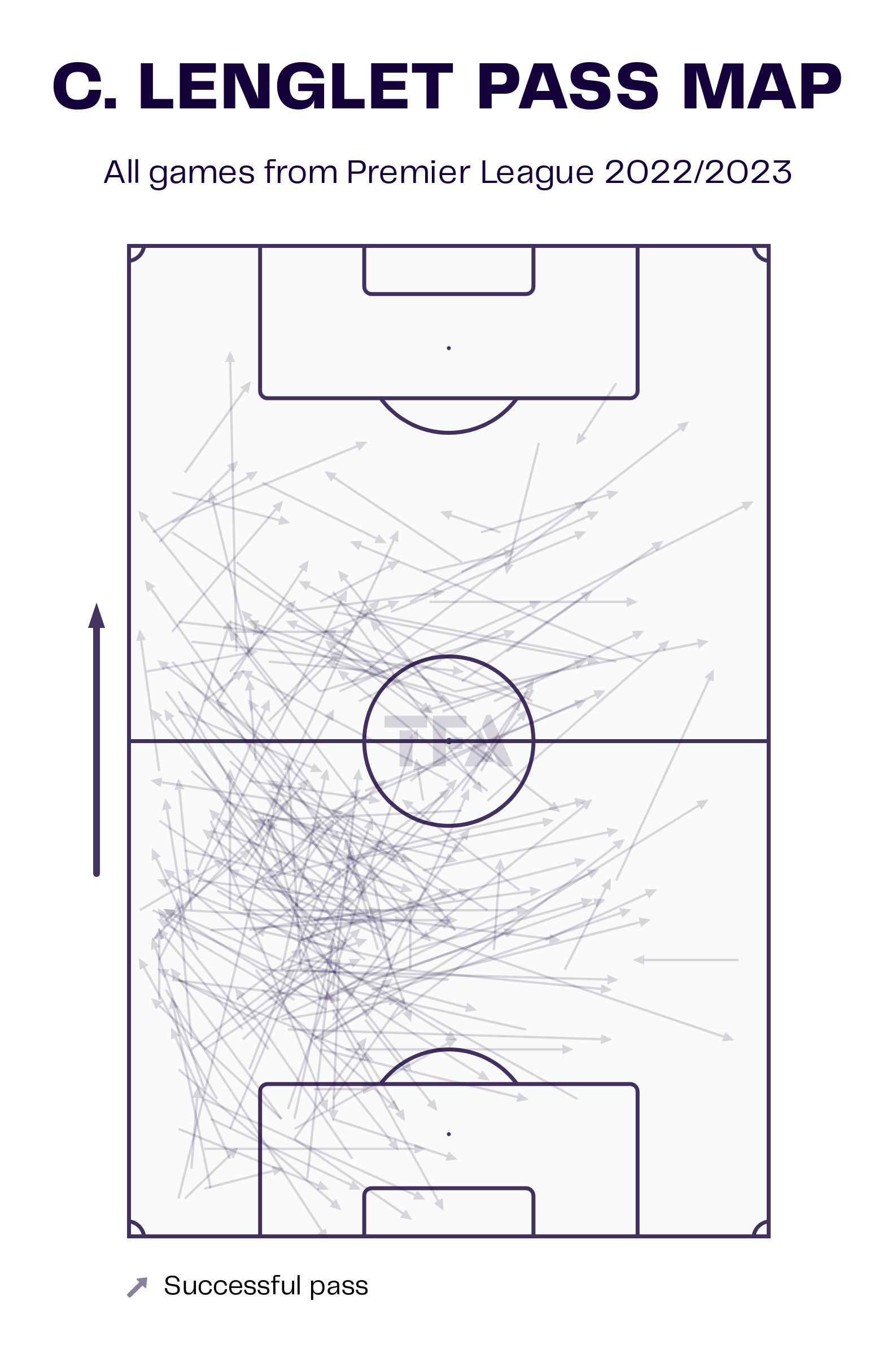 Passing was always one of his greatest strengths, something that is important for a Barcelona centre-back. Clement Lenglet has an accuracy of 89.2% when it comes to passing, plays an average of 54.14 passes per game, and receives 40.01 passes. He also makes 6.13 passes to the final third with an accuracy of 67.7% and 0.79 passes to the penalty box. The French defender gets involved in an average of 5.33 long passes per game. His passing has been widely praised as well and has helped Spurs launch attacks on multiple occasions.

Clement Lenglet’s transfer was seen as a relief for Barcelona, both from a sporting and economic point of view. However, the Frenchman’s recent form under Antonio Conte would catch the attention of the Barcelona board members. Whether Spurs would sign him permanently or not is yet to be known, but his recent performances and data would suggest that it wouldn’t be a bad move after all.

The post Under the microscope: A look at whether Spurs should be signing Clement Lenglet permanently appeared first on Football analysis, news, betting and opinion from Spurs.