Liverpool registered their first away win of the English Premier League 2022/23 season after a 2-1 victory over Tottenham Hotspur. Mo Salah scored a brace in the first half, and the Reds took a two-goal advantage into the second half. It took Spurs 70 minutes to score their first goal, which came through Harry Kane. Tottenham Hotspur have now lost three games in the last four games, while Liverpool registered their first win in three games.

What were the duels’ winning zones for Tottenham Hotspur and Liverpool? Which team had the highest shot accuracy rate? 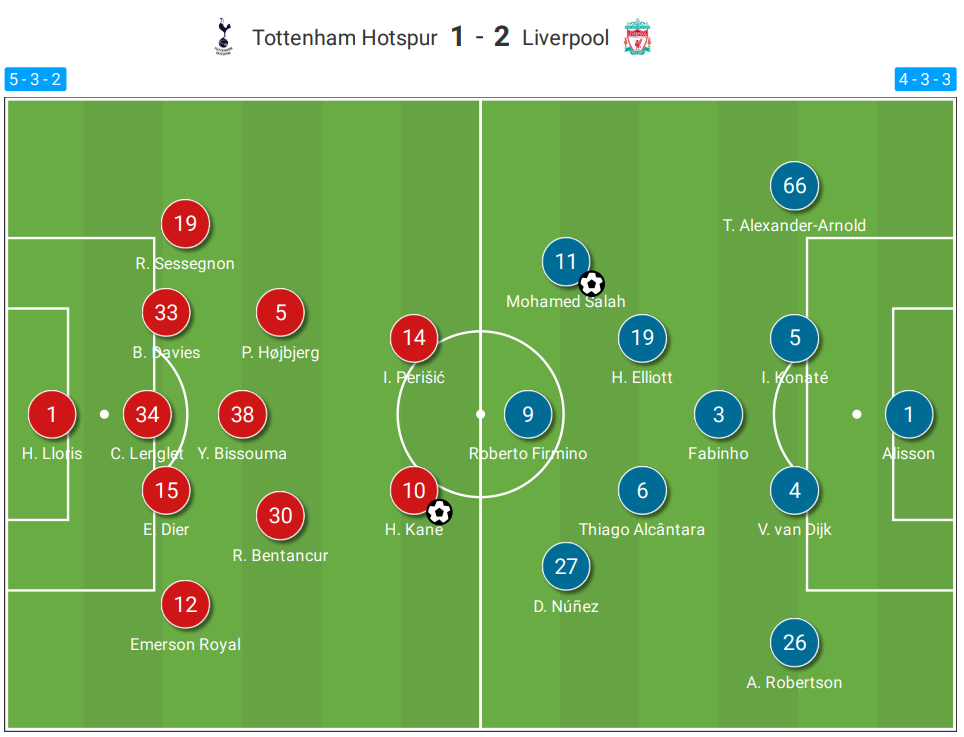