Manchester United suffered their third defeat of the season after a 6-3 loss against rivals Manchester City in the English Premier League. Erik ten Hag suffered a taste of defeat in his first ever game in charge of a Manchester Derby. For the hosts, Erling Haaland and Phil Foden scored a hat-trick each. Antony scored a goal and Anthony Martial scored a brace off the bench to avoid humiliation.

What was Manchester City’s xG rate in the match? How many long passes were attempted by Manchester United? 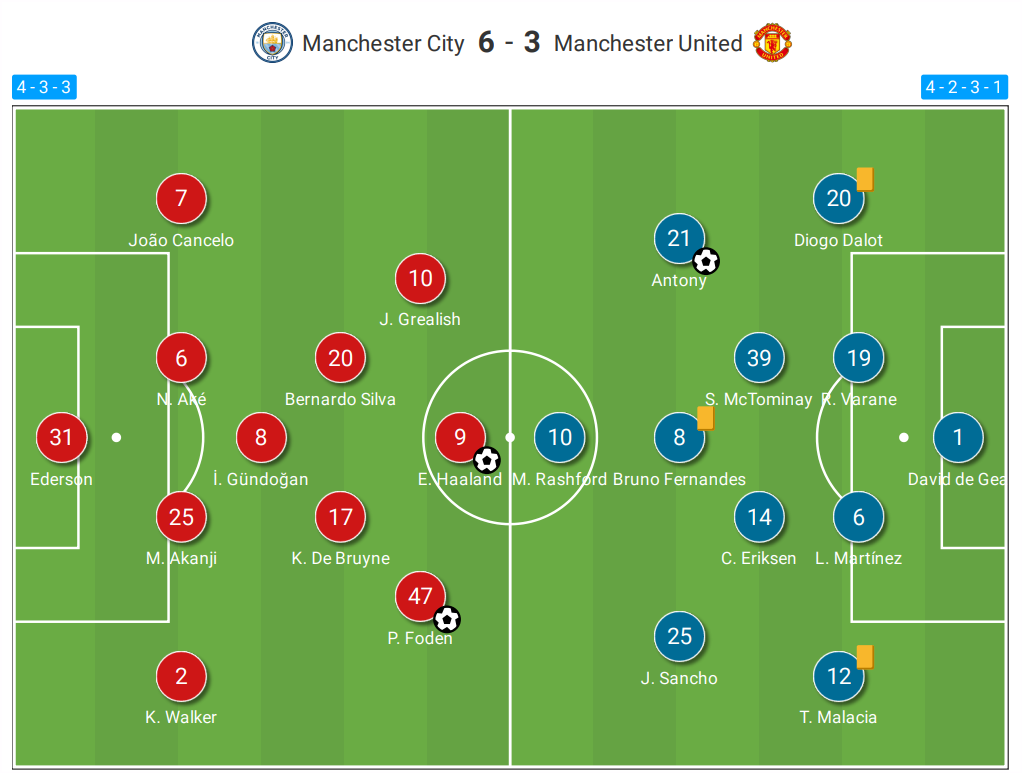