Manchester City will travel to the Molineux stadium to take on Wolves in the English Premier League. Pep Guardiola’s side are coming off a thrilling 2-1 victory over Borussia Dortmund in the UEFA Champions League.

Wolves won their first match of the season against Southampton. They have now collected six points in six games. The home team has struggled to score goals and has only netted three goals with an average xG rate of 0.98. Their defence has been decent and has conceded four goals.

Manchester City have made an unbeaten start to the English Premier League season. They played a disappointing 1-1 draw against Aston Villa in their last match and are now on 14 points. Pep’s men average 3.33 goals per match with an average xG rate of 2.42. The defence has conceded six goals and the manager will be looking for a clean sheet in this match. 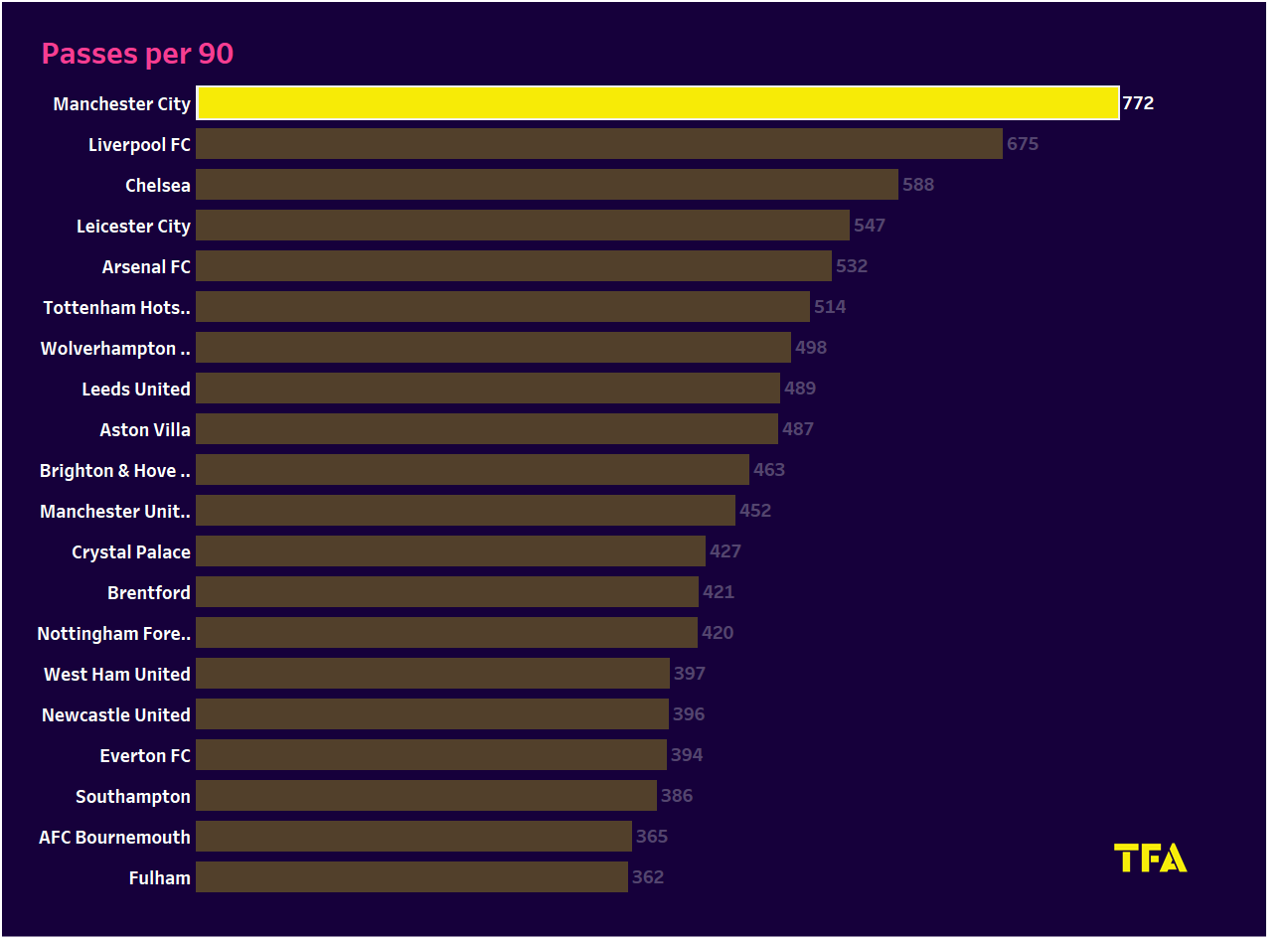 Manchester City have kept the highest amount of possession in the league. They average 71.36% possession per match and 772 passes per 90 minutes, with a high accuracy rate of 91.4%. Pep Guardiola’s men like to make runs to dangerous areas and are very patient in building their play. This has led to 36.5 positional attacks and 16.5 shots per match. Manchester City will look to break Wolves defence and maintain their goal-scoring average.

Wolves on the counter 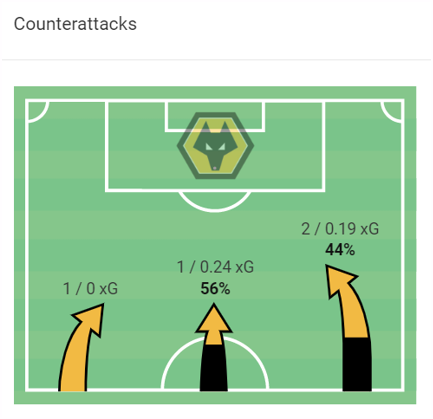 The home team has struggled to score goals, and it won’t be easy for them to score against Manchester City. Wolves are likely to play on the counterattack. They average 2.83 counterattacks per match and attempt shots on 53% of these attacks. They also average 12.67 shots per match and will look to test Ederson in Manchester City’s goal. Most of the attacks have come from the left side. If Joao Cancelo plays as a left-back, then they might target the high line played by the Portuguese full-back. 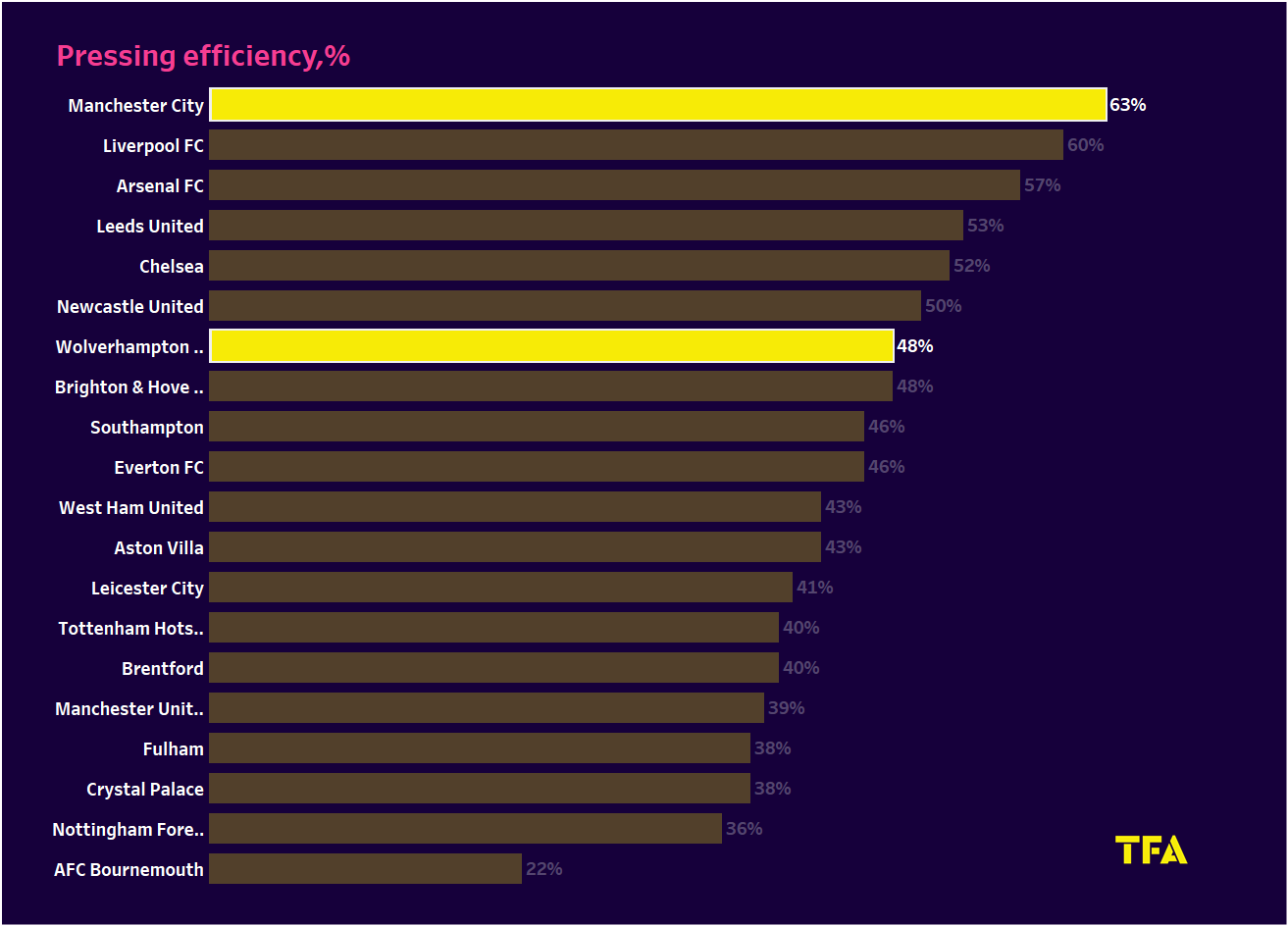 Both teams like to press the opposition team to regain the ball. Manchester City have been doing this for the past few seasons, and Wolves players also do a lot of running. These two won’t let each other pass the ball that easily, and Wolves will also look to catch City on the break.

Daniel Podence is the main attacking threat for Wolves. He has scored two goals and is handy on the counterattacks. The above viz shows that Podence has found space inside the opposition penalty box and has attempted most of the shots from dangerous areas. 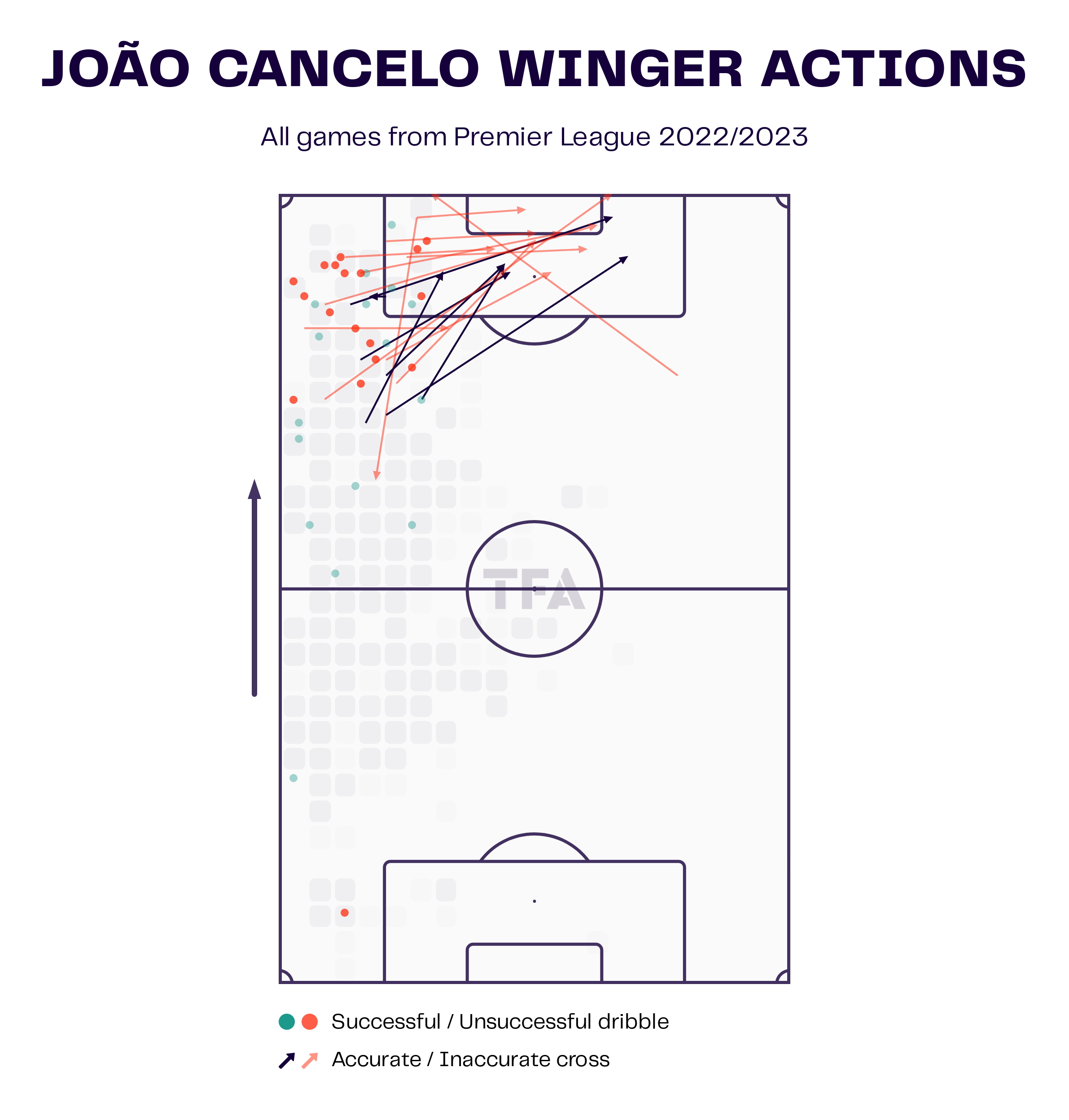 Erling Haaland will create the main threat for Manchester City. Another player who will also play a key role will be full-back Joao Cancelo. The Portuguese has already scored a goal in the league and has three assists in the UEFA Champions League. Joao Cancelo played a cross that helped Erling Haaland score the winner against Dortmund. He’ll look for the striker inside the penalty box once more.

Diego Costa will be looking to make his Wolves debut alongside Boubacar Traore. Raul Jimenez has been ruled out of action.

Kyle Walker could return to the team after recovering from his injury. Aymeric Laporte is still out of action. Pep Guardiola is likely to make 2-3 changes to the team.

Manchester City are the in-form team and are likely to take three points away from Wolves. They have made comebacks in some of the matches and shown total dominance in every match played this season. Wolves have caused an upset against City in the past, but this time it could be difficult for them to take any points from this City side.

The post Wolves vs Manchester City Preview: 3 key tactical points to look out for according to the data appeared first on Football analysis, news, betting and opinion from Man City.