The new Premier League season is just a few days away from commencing. The reigning champions, Manchester City, travel to West Ham United for their first match of the season, which is set to take place on Sunday, the 7th of August. Pep Guardiola has seen a small rebuild of the squad this summer transfer window. Fernandinho, Gabriel Jesus, Raheem Sterling and Oleksandr Zinchenko have all left the Etihad Stadium. Kalvin Phillips from Leeds United, Julian Alvarez from River Plate and the Norwegian superstar, Erling Haaland from Borussia Dortmund, are the new signings. 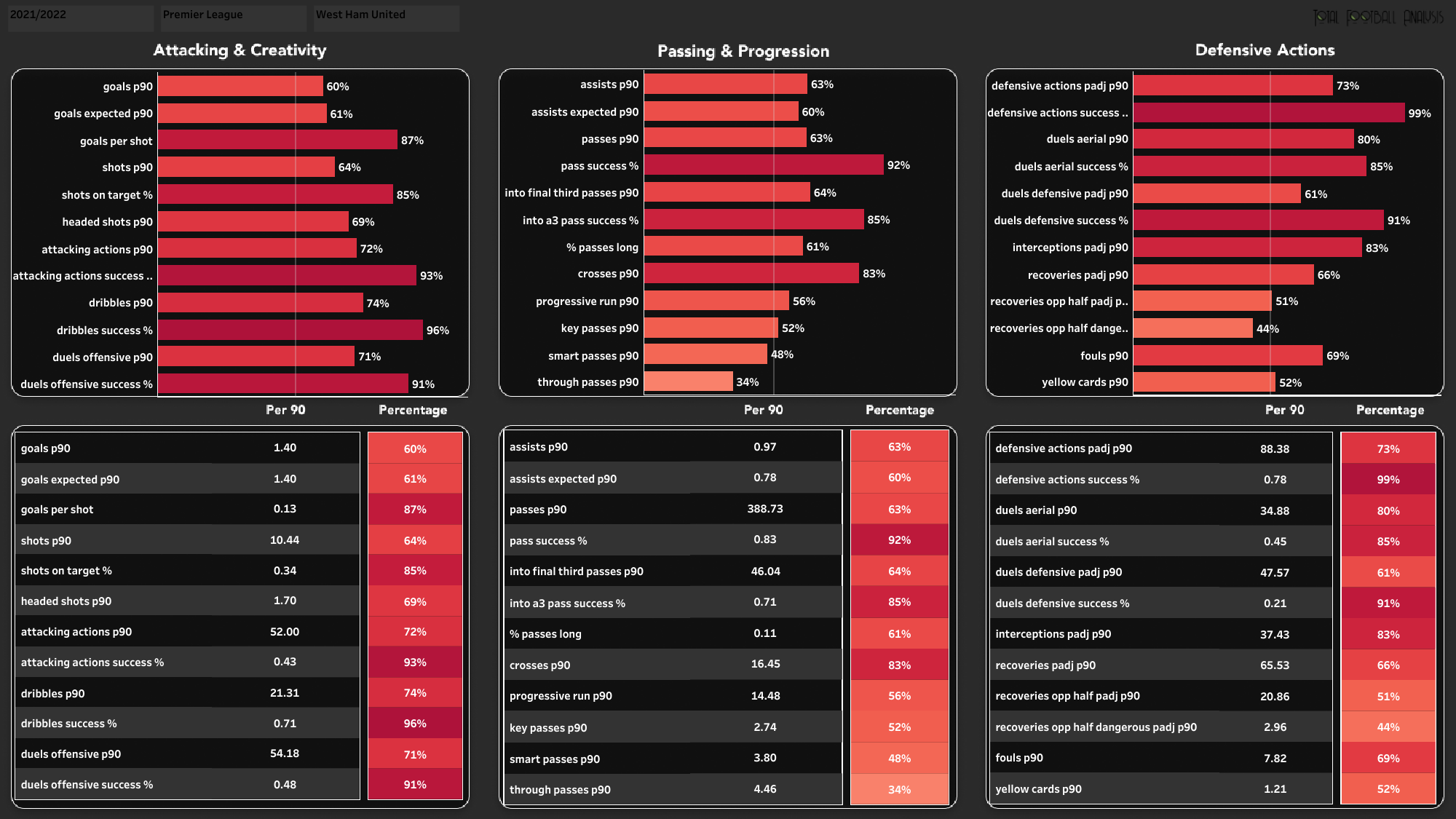 West Ham United scored 56 points during the previous season to finish in the seventh position. They finished the season with 16 victories, 8 draws and 14 defeats. They scored 1.4 goals per 90 minutes – exactly as per xG estimation. Moreover, a third of the shots they attempted – a little more than 10 per 90 – were on target. They struggled to generate significant opportunities, as seen by their low xA of 0.78 per 90. As a result, the Hammers ended below the top third in all of the following categories: Passes into the final third per 90, Key passes per 90, Smart passes per 90, and through balls per 90. 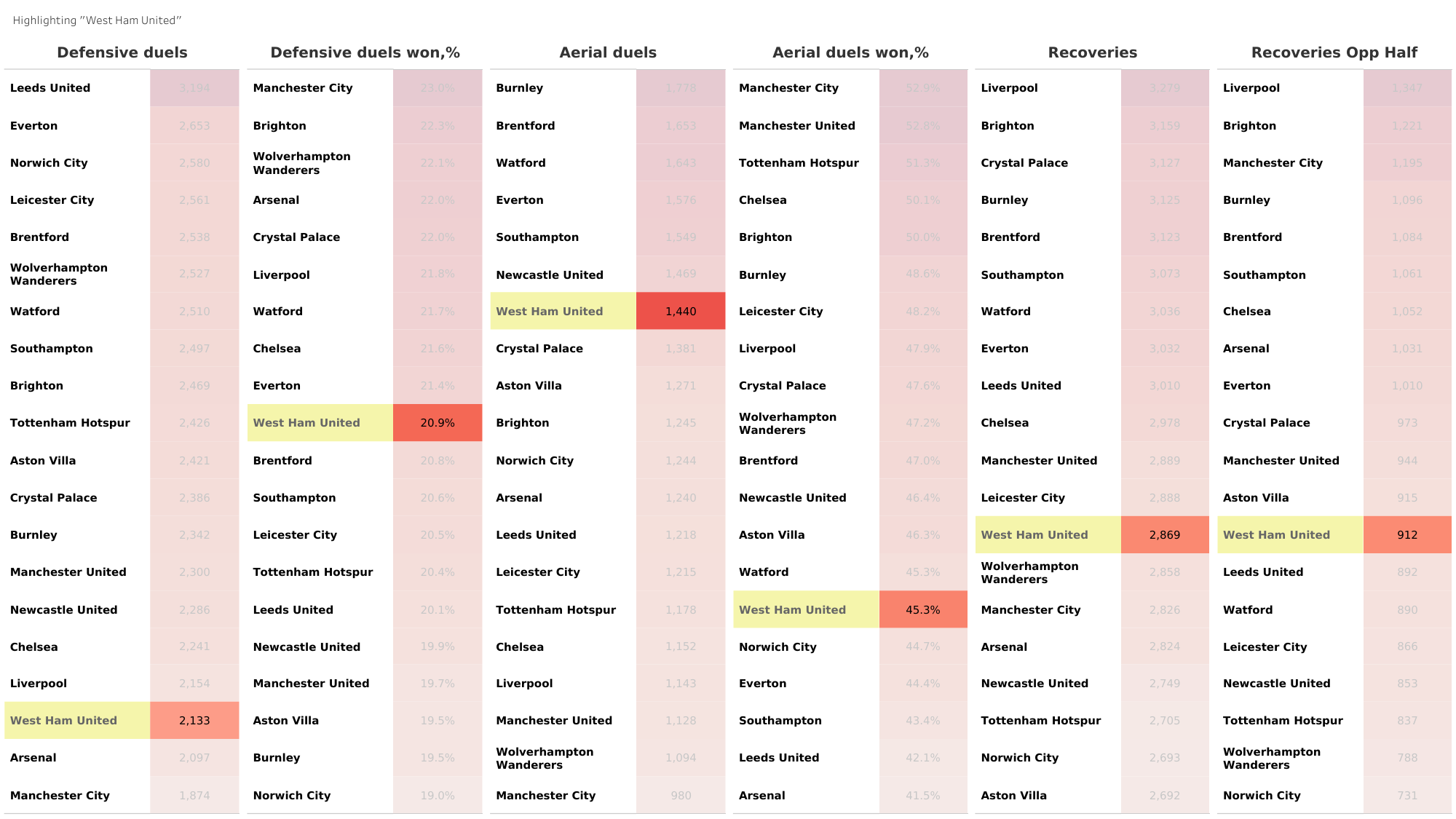 West Ham won slightly under 21% of defensive duels per 90 minutes, ranking them in the midtable. However, they contested the third-fewest defensive duels, after only Manchester City and Arsenal. The Hammers also won 652 of the 1440 aerial duels they participated with a 45.3% success rate. The East Londoners were just the 13th best club in the league for recoveries in their opponent’s half, with 912 recoveries. They were also rated 13th in terms of total recoveries, with 2869. West Ham made 31.8% of their recoveries in the opposition’s half. 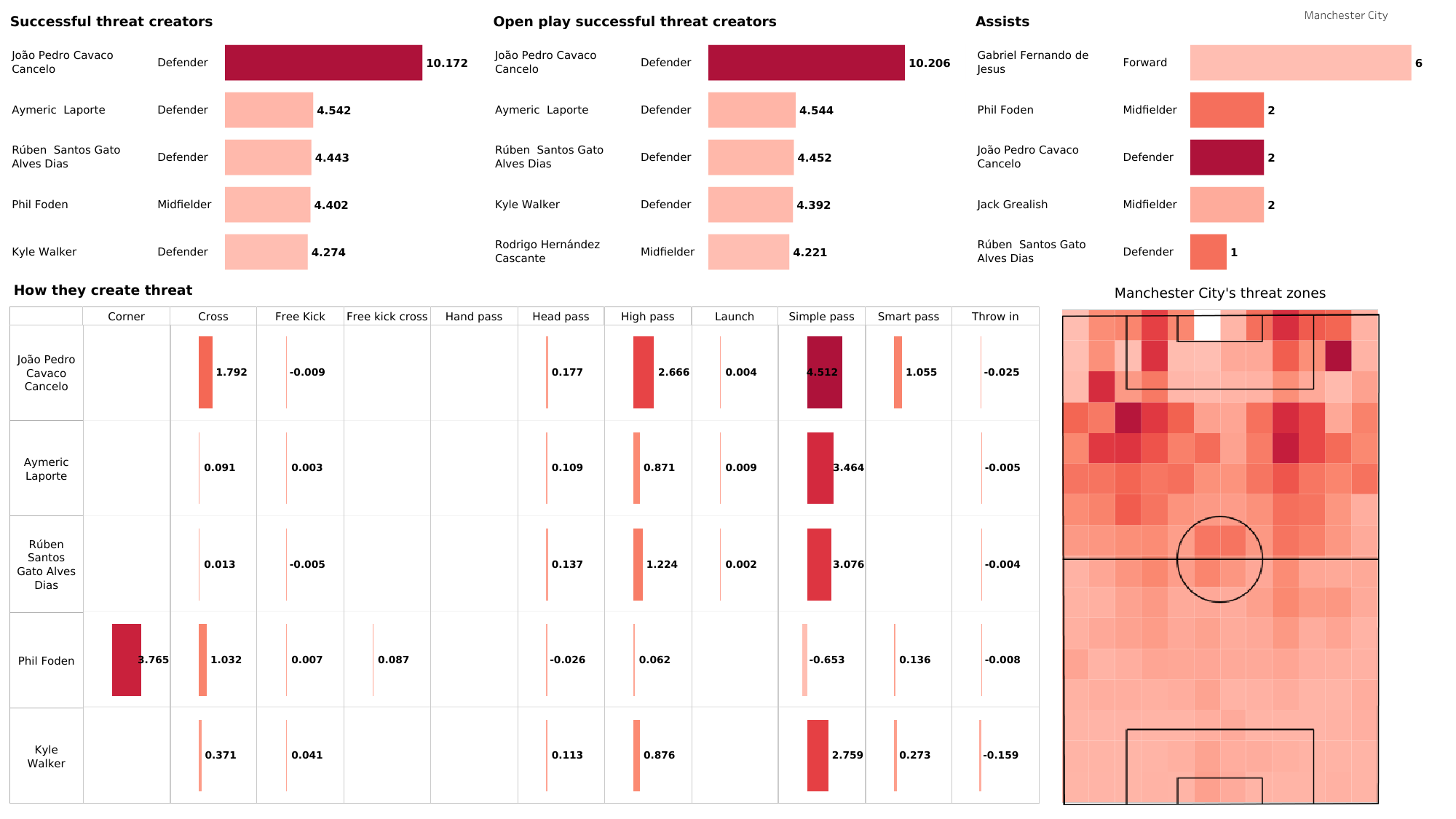 Manchester City won the Premier League title with 93 points. They only lost three games while drawing six and winning 29. On the last matchday, they faced a serious threat after falling down 0-2 to Aston Villa before mounting a comeback to win the game 3-2. Last season, Joao Cancelo was the Cityzens’ most effective threat maker, and the bulk of his threats originated from open play. Kevin de Bruyne, Gabriel Jesus and Cancelo were the team’s top three assist providers. Each of the first two had eight assists, compared to Cancelo’s seven. 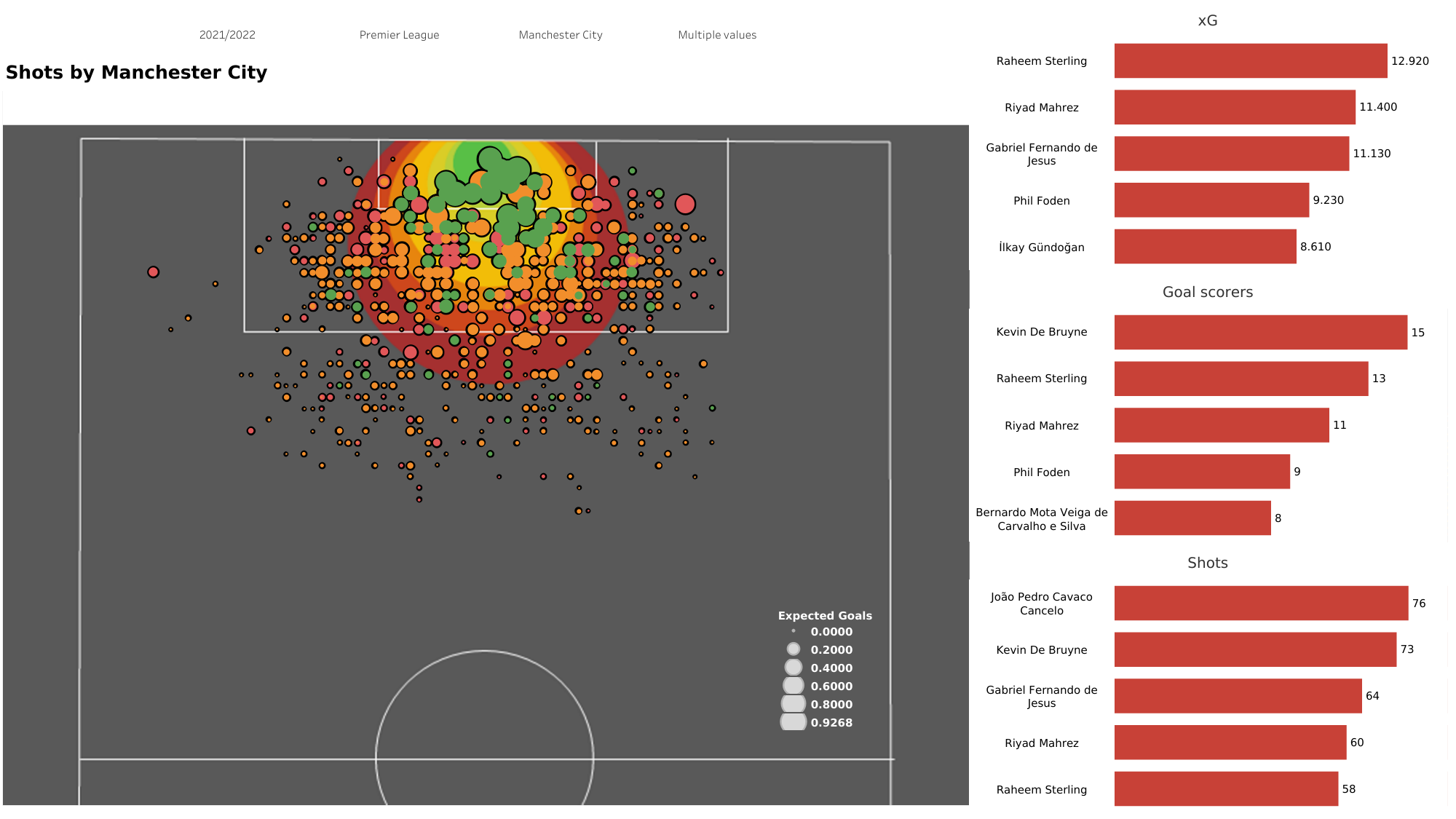 De Bruyne, Sterling, Mahrez, and Foden were City’s top four goal scorers. Last season, these four scored a combined 48 goals. The shooting map displayed above shows how effective City were in front of goal, netting a goal every 7.33 shot attempts.

Manchester City will look to start their defence of the Premier League title with a win at the London Stadium against West Ham United. Being the first league game of the season, one can expect new signings to make their Premier League debuts for both teams. Haaland’s Premier League debut will be most anticipated, but another towering striker, Gianluca Scamacca, could also make his first appearance for the Hammers.

The post West Ham United vs Manchester City Preview: 3 things on the cards according to the data appeared first on Football analysis, news, betting and opinion from Man City.