When Tottenham Hotspur signed Pierre-Emile Højbjerg from Southampton in August 2020 for just €16.6 million, many thought that it would turn out to be a bargain for the North London team. An absolute bargain it did become as he quickly established himself in the starting XI, playing in all but two games over the last couple of seasons in spite of the managerial merry-go-round as the club used four managers, including caretakers. However, the recent acquisition of Yves Bissouma from Brighton has prompted rumours that the Dane could leave the club. Here is why Højbjerg should be retained. 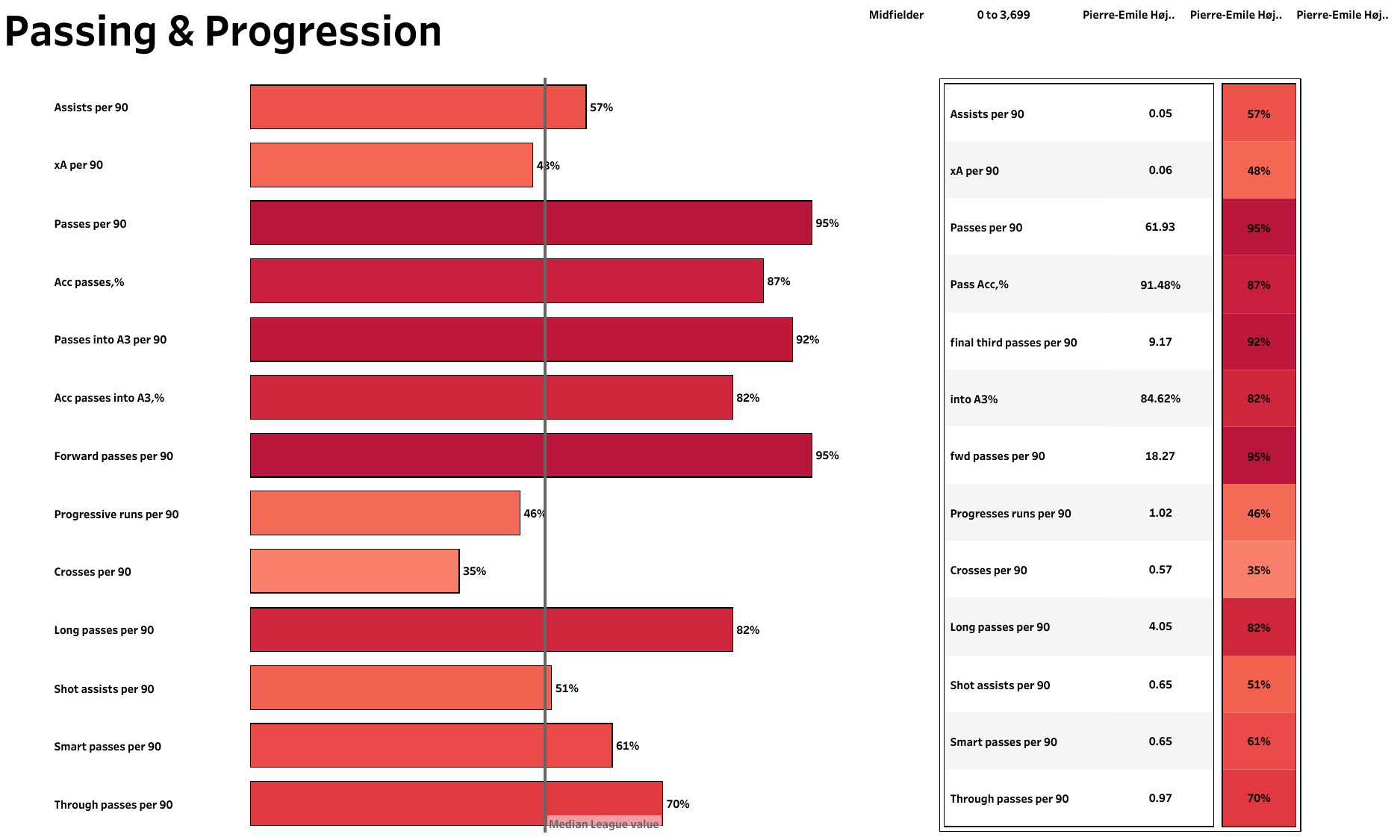 Højbjerg featured in 48 games across all competitions for Tottenham last season, including 36 in the Premier League. He scored two goals and assisted two as well in just under 3,200 minutes of action. He was a volume passer for Spurs, racking up 62 pass attempts per 90 at a very reliable 91.5% pass accuracy. The Danish man progressed the ball as often as possible, completing nearly 85% of his passes into the final third out of his nine per 90 attempts. He was a bit of a long ball specialist, completing over four per 90, which put him in the upper quintile. 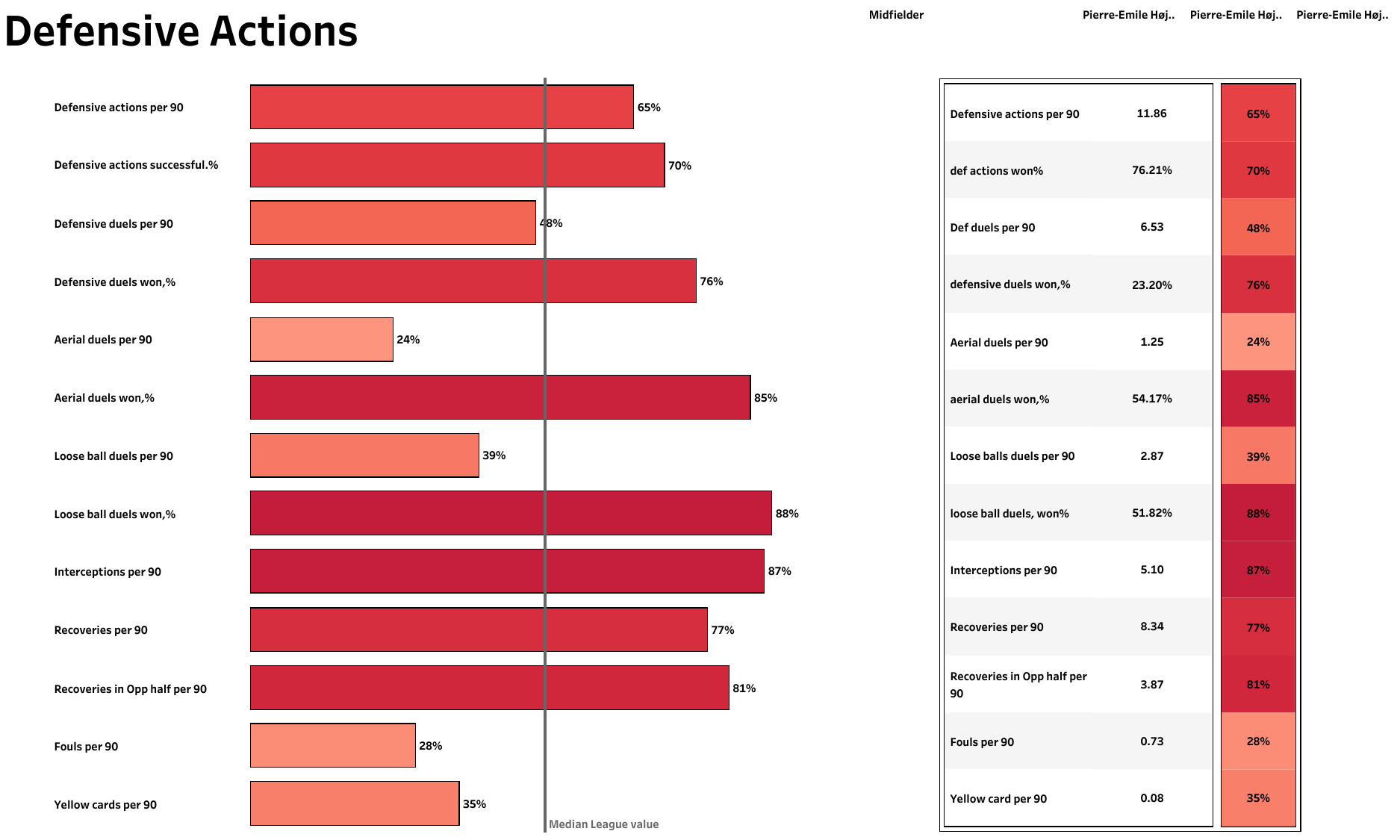 Højbjerg attempted close to 12 defensive actions per 90 and won more than three-quarters of them. His defensive duel success rate of 23.2% was good enough to be in the top quartile of midfielders. He used his height of 185 cm to good effect, winning more than 54% of his aerial duels, which put him in the top 15%. He was similarly ranked in the upper 12% in loose ball win rate, having won close to 52%. The former Southampton man completed 5.1 interceptions per 90, which placed him in the 87th percentile of midfielders. 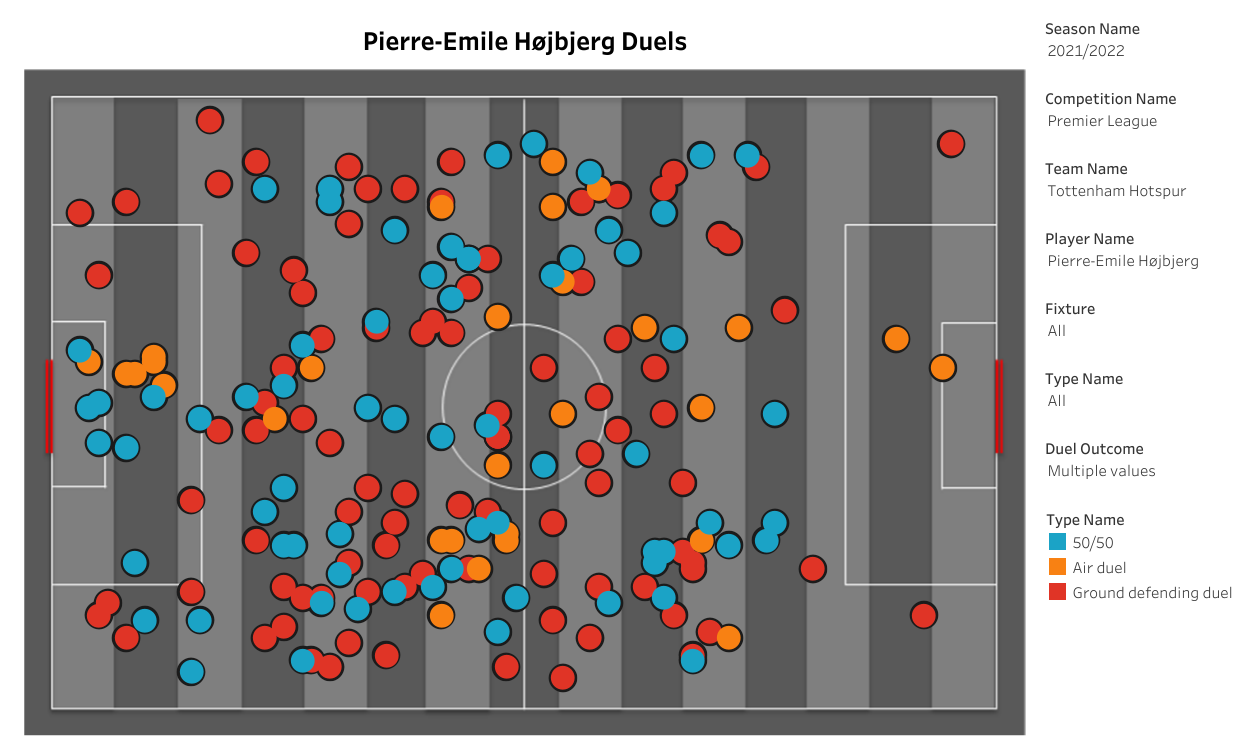 Højbjerg won most of his duels in the midfield, though he managed to win these duels all over the pitch with a fairly even distribution (excluding the oppositions’ penalty area). The majority of the duels won by the Dane were ground-based defending duels, followed by 50/50s. He won far fewer aerial duels in number, even though in terms of percentage, he won a greater proportion. The midfielder attempted 18.8 pressures per 90, 4.34 tackles and interceptions per 90, 2.06 blocks per 90 and 1.72 clearances per 90.

With Tottenham having qualified for the UEFA Champions League after a two-year absence, Pierre-Emile Højbjerg would be crucial in the midfield to the team’s chances in the competition. He formed a superb partnership with Rodrigo Bentancur in the second half of the season, and he will be hoping to match it with Bissouma, if possible.

The post Under the microscope: Why Pierre-Emile Højbjerg should be retained by Tottenham despite interest from other clubs appeared first on Football analysis, news, betting and opinion from Spurs.