Everton’s young sensation, Anthony Gordon, is being targeted by Newcastle United after he impressed everyone with his performances last season. The player became a regular for the English Premier League side under Frank Lampard. The 21-year-old is a product of Everton’s academy and has now established his name in the first team. He signed a five-year contract in 2020. With other clubs interested in signing the youngster, Everton will have to make some plans to retain him. The Toffees are thinking about offering a new contract to Gordon after being impressed by his performances.

Anthony Gordon made 35 English Premier League appearances for Everton last season. He managed to score four goals and provide two assists. All four goals were scored in 2021, and these proved to be crucial to Everton’s survival in the league. 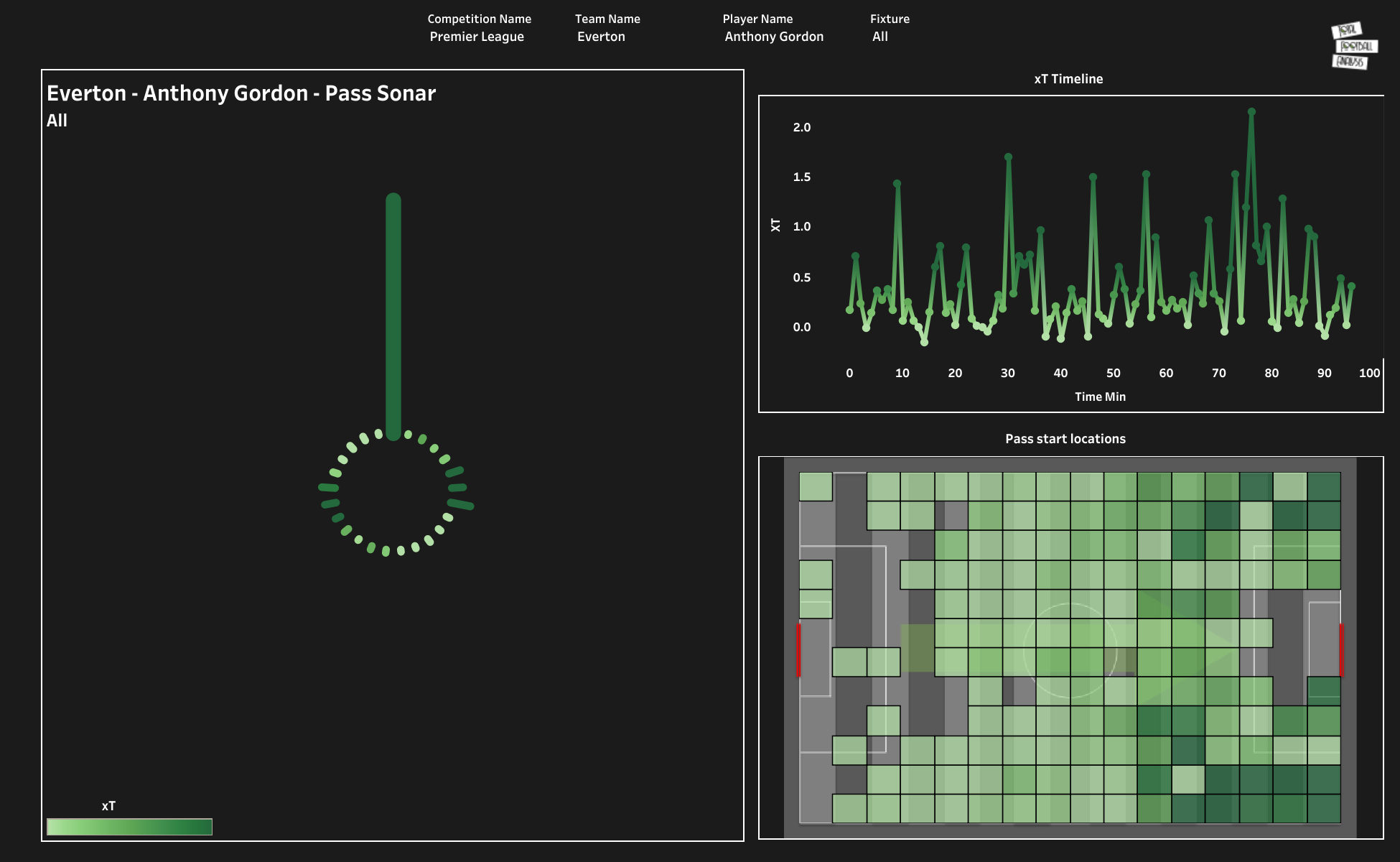 The above viz shows the pass start location and the threat created from passes at different time intervals. Gordon operated on both sides of the field as a wide forward or an attacking midfielder. He was mostly favoured to play on the right for the Merseyside team. The player ran up and down the pitch to help his side defend during the matches. Gordon averaged 23.1 passes per 90 minutes with an accuracy rate of 73.9%. The 21-year-old attempted crosses quite frequently and averaged 2.8 crosses per 90 minutes.

Anthony Gordon performed well amongst other midfielders in the league. When looking at the above chart, the general rule is that the longer the bar, the better the performance — you can see the league average in the middle, and the % is the percentile rank the player is in. The above-attacking stats show that Gordon was ranked highly amongst other midfielders in the league. He was involved in 10.6 attacking actions per 90 minutes and had a success rate of 48.3%. The youngster also likes to dribble past the opponents and averaged 5.9 dribbles per 90 minutes. Overall, he was a top performer for a struggling Everton side.

Gordon averaged 1.56 shots per 90 minutes and had an accuracy rate of 30.23%. He attempted shots from the left, right, and centre of the goal. By looking at the shot map, we can observe that most of the shots on target were attempted from the left side. He is a left-footed player who can also use his weaker foot to attempt a shot. 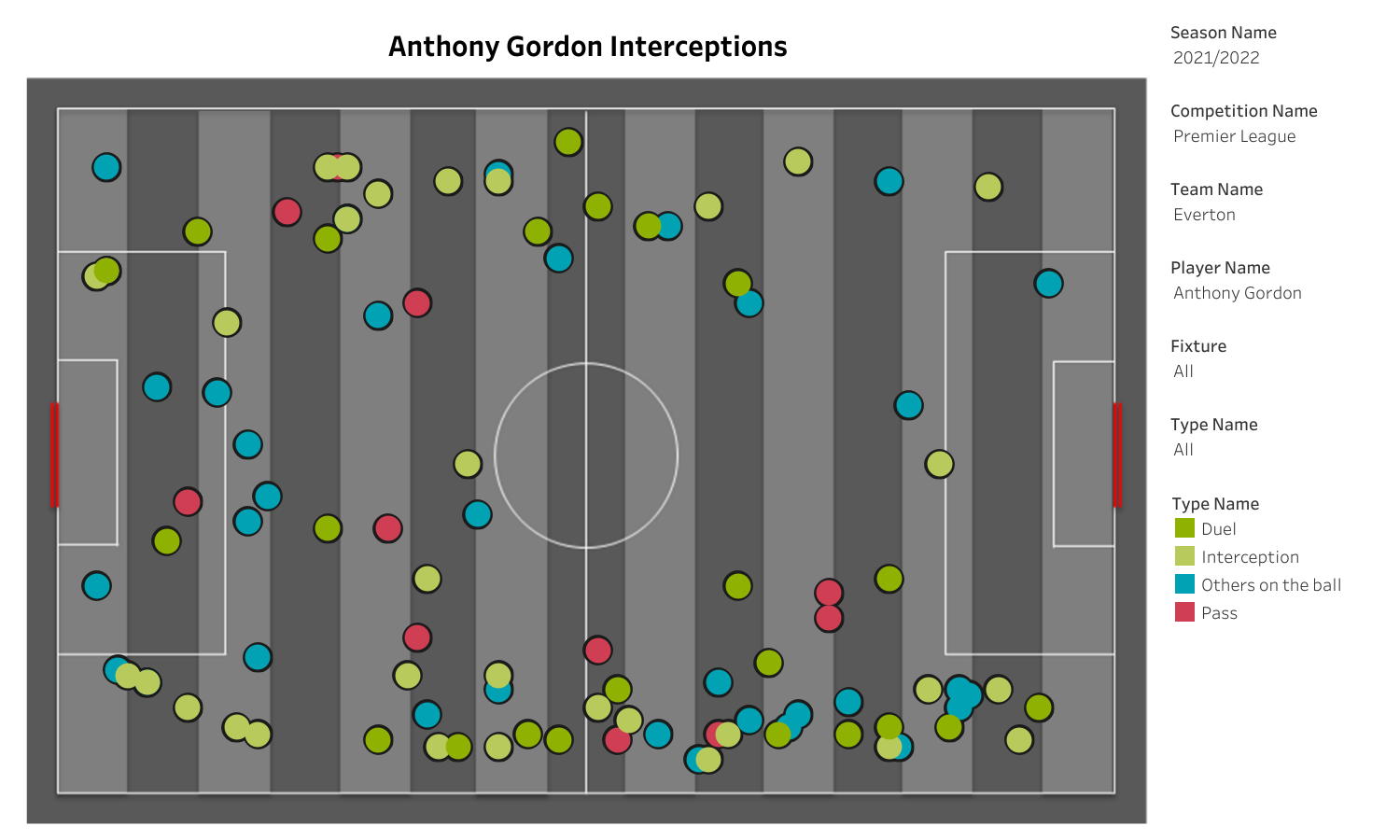 Anthony Gordon could become the next big thing at Everton. He likes to get involved in the attack and can attempt shots from a long distance. The player can also create chances for his team. Everton will look to retain the player as he is in Frank Lampard’s future plans for the club.

The post Under the microscope – Why does Anthony Gordon deserve a contract extension at Everton? appeared first on Football analysis, news, betting and opinion from Everton.