Chelsea signed Brazilian centre-back Thiago Silva in 2020 from PSG. The 37-year-old defender is still giving his best towards the end of his playing career and has been one of the top players for Chelsea this season. He has already won three titles with the club, including the UEFA Champions League last season. The Brazilian is into his second season in the English Premier League and has been everpresent in Chelsea’s backline this season.

Thiago Silva has made 21 appearances, and three were made after coming off the bench. The player has helped his side by keeping eight clean sheets in the 21 appearances he has made. Silva has also shown his aerial dominance inside the opposition’s penalty box, and the veteran defender has managed to score three goals this season. 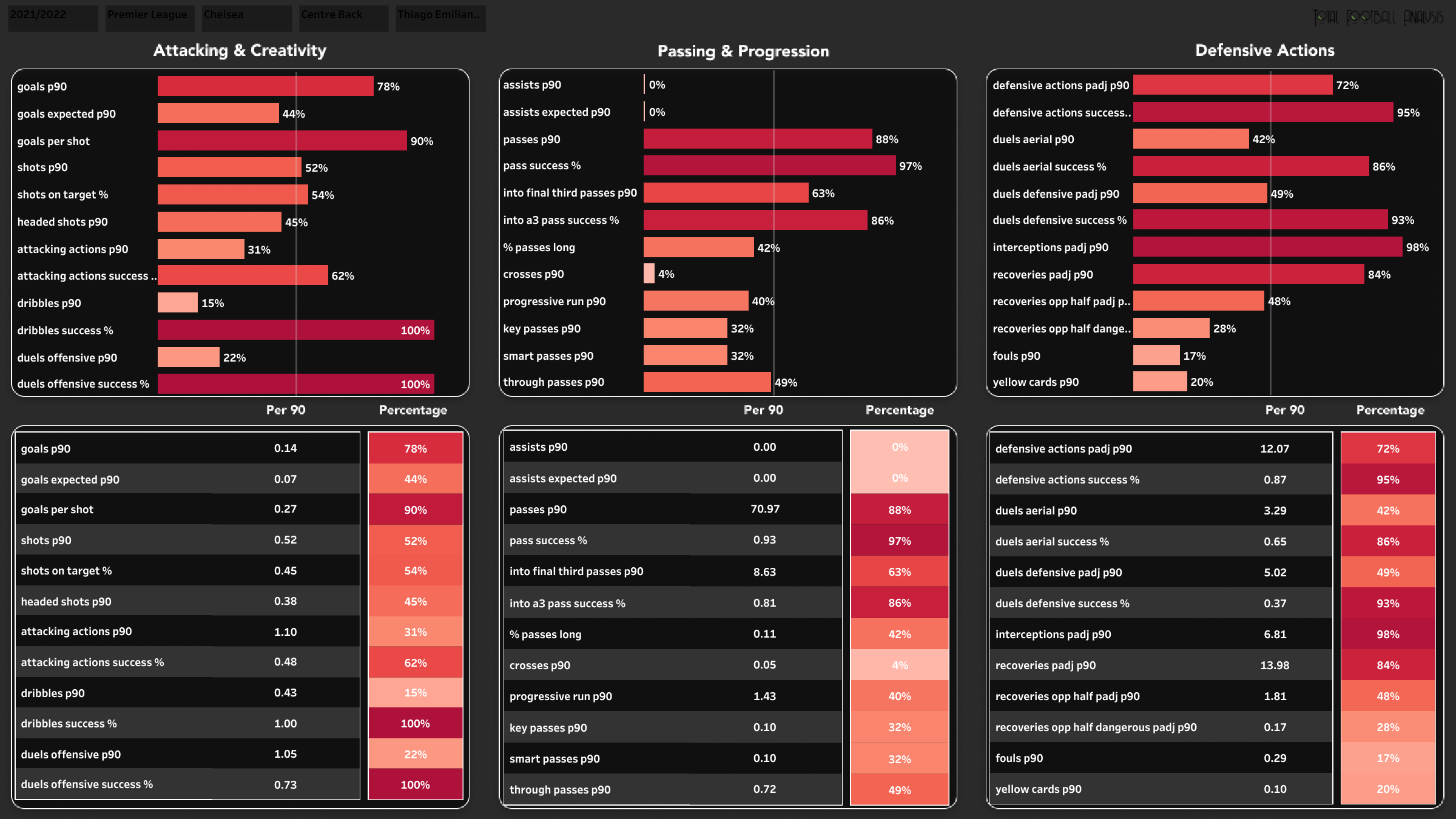 When looking at the above chart, the general rule is that the longer the bar, the better the performance — you can see the league average in the middle, and the % is the percentile rank the player is in. These stats are in comparison with other defenders in the league. Thiago Silva contests 12 defensive actions per 90 minutes and has an 87% success rate. The former PSG captain has shown aerial dominance and has a high win percentage. Silva is one of the top-ranked defenders for making interceptions in the match. He averages around seven interceptions per 90. When it comes to attacking during set-pieces, Silva has attempted 11 shots, and five of them have been on target. He averages around 0.5 shots per 90 minutes and has a high goal per shot ratio. 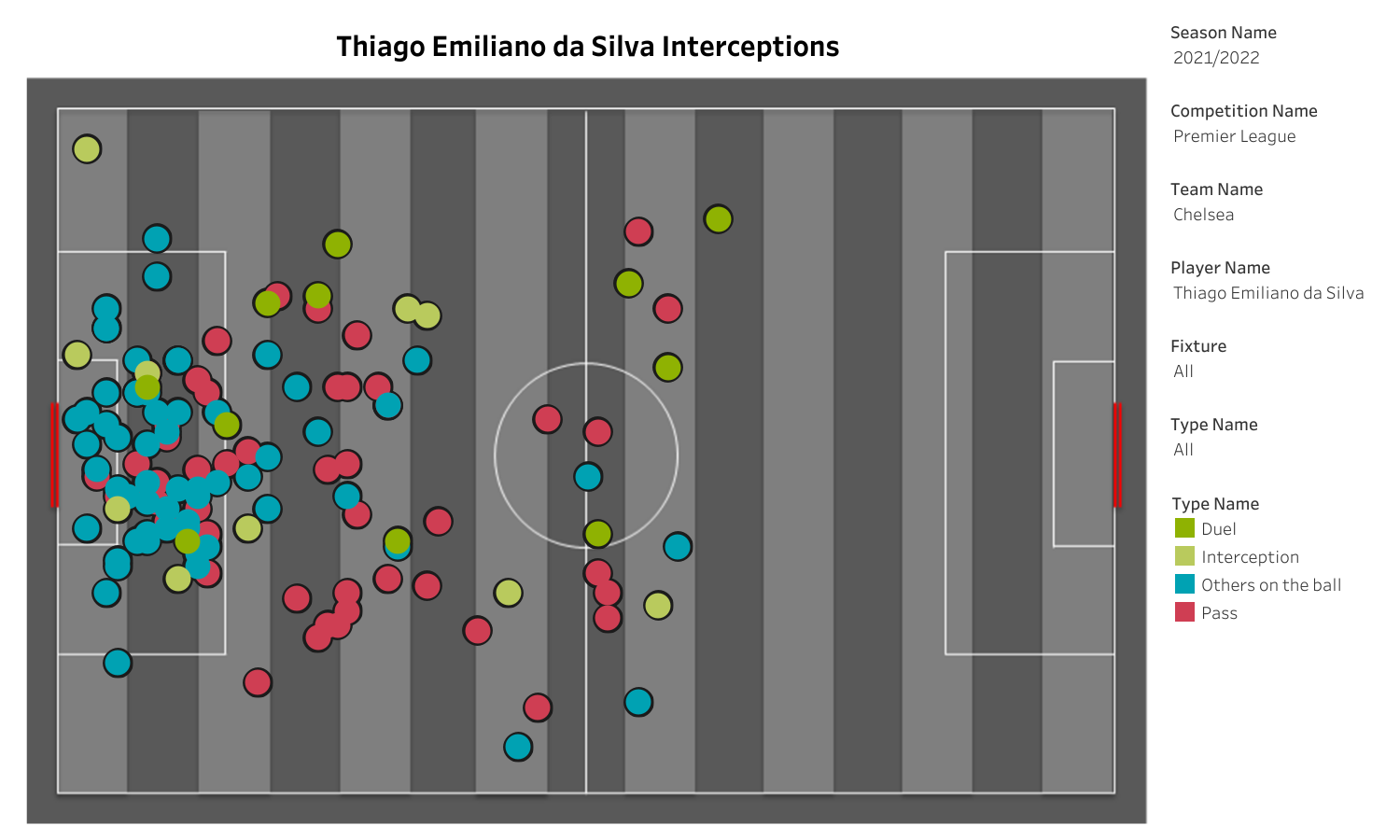 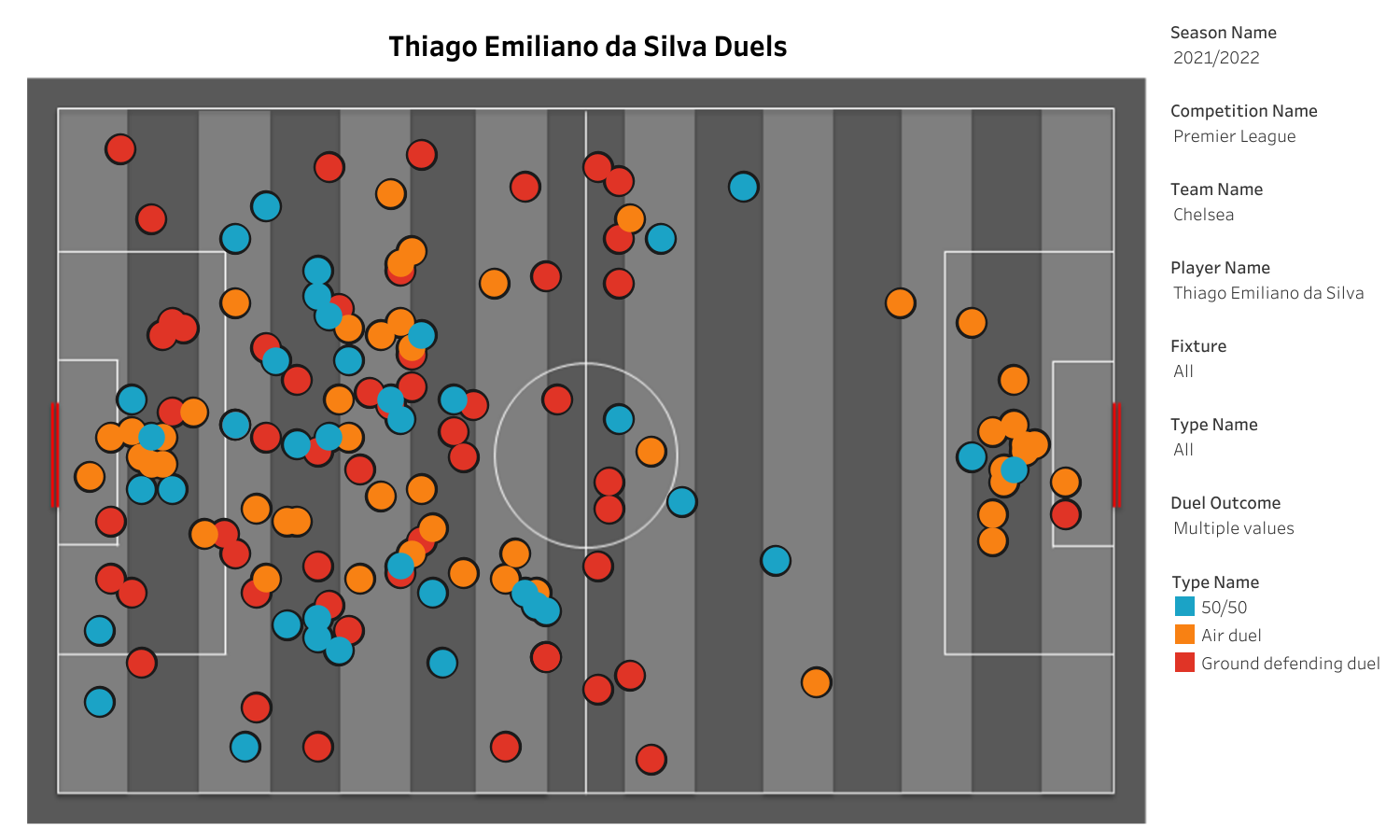 The above viz shows all the duels that Thiago Silva has won or where the duels have ended in neutral results. Silva has contested a few aerial duels inside the opposition’s penalty box. He has won more than ten aerial duels inside the opposition’s penalty box and has scored on three occasions. The defender has won a few duels in the middle of the park.

Thiago Silva is the defensive leader for Chelsea this season. He is playing alongside some young defenders and has helped them a lot in improving their game. The player has a lot of experience and could play a crucial role in the season going forward. Silva has kept the defense organized and has commanded the team from the back.