Tottenham Hotspur will play in the Champions League next season after clinching the top four positions on the final matchday of the Premier League season. Spurs will return to the Champions League after an absence of two seasons. Key to this has been the sensational performances of Son Heung-Min. At the beginning of the season, if one were to ask Tottenham Hotspur fans who would be their top scorer, most of them would answer Harry Kane. Yet, it is the Korean forward, who has not only outshone the England captain but has also won the top scorer in the process, along with Mohamed Salah. 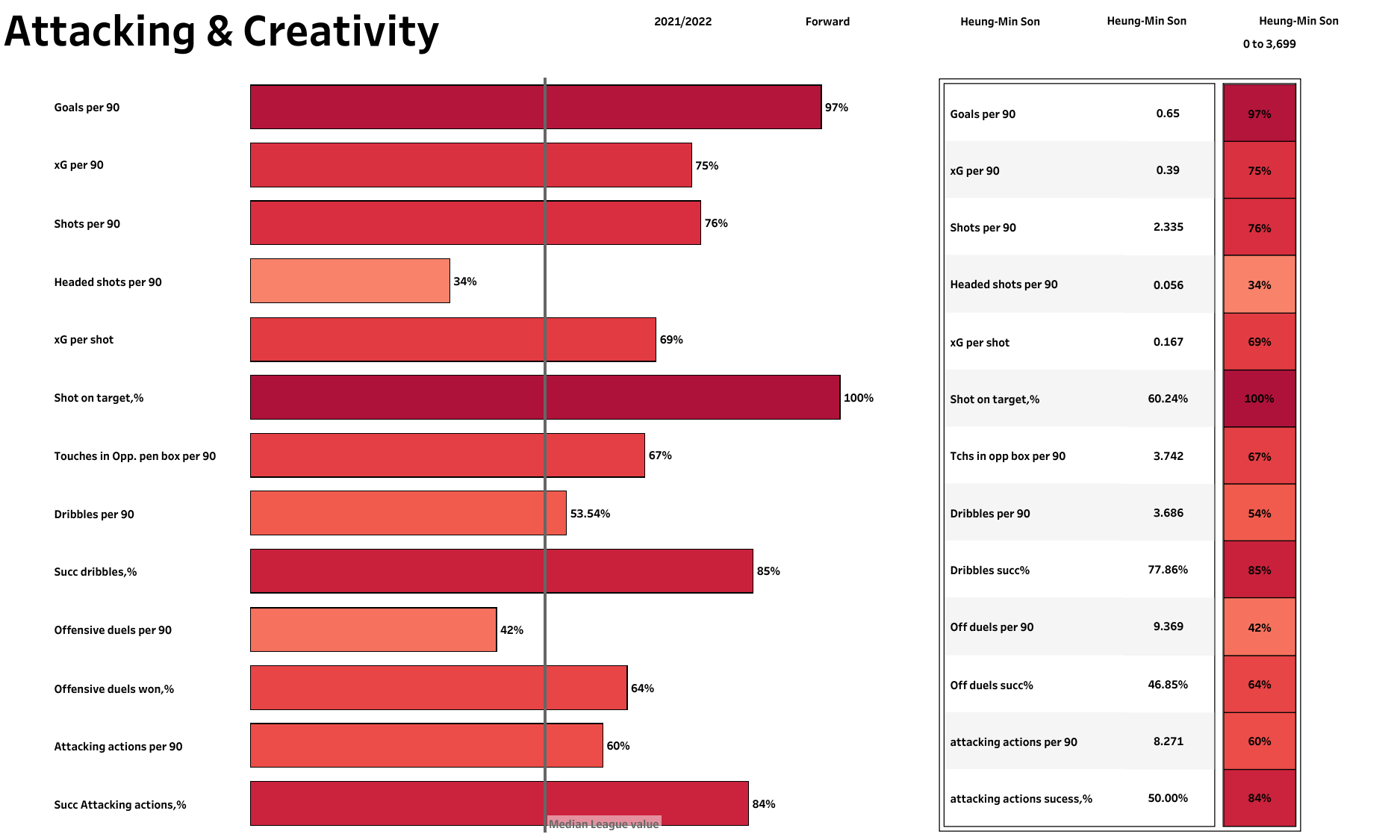 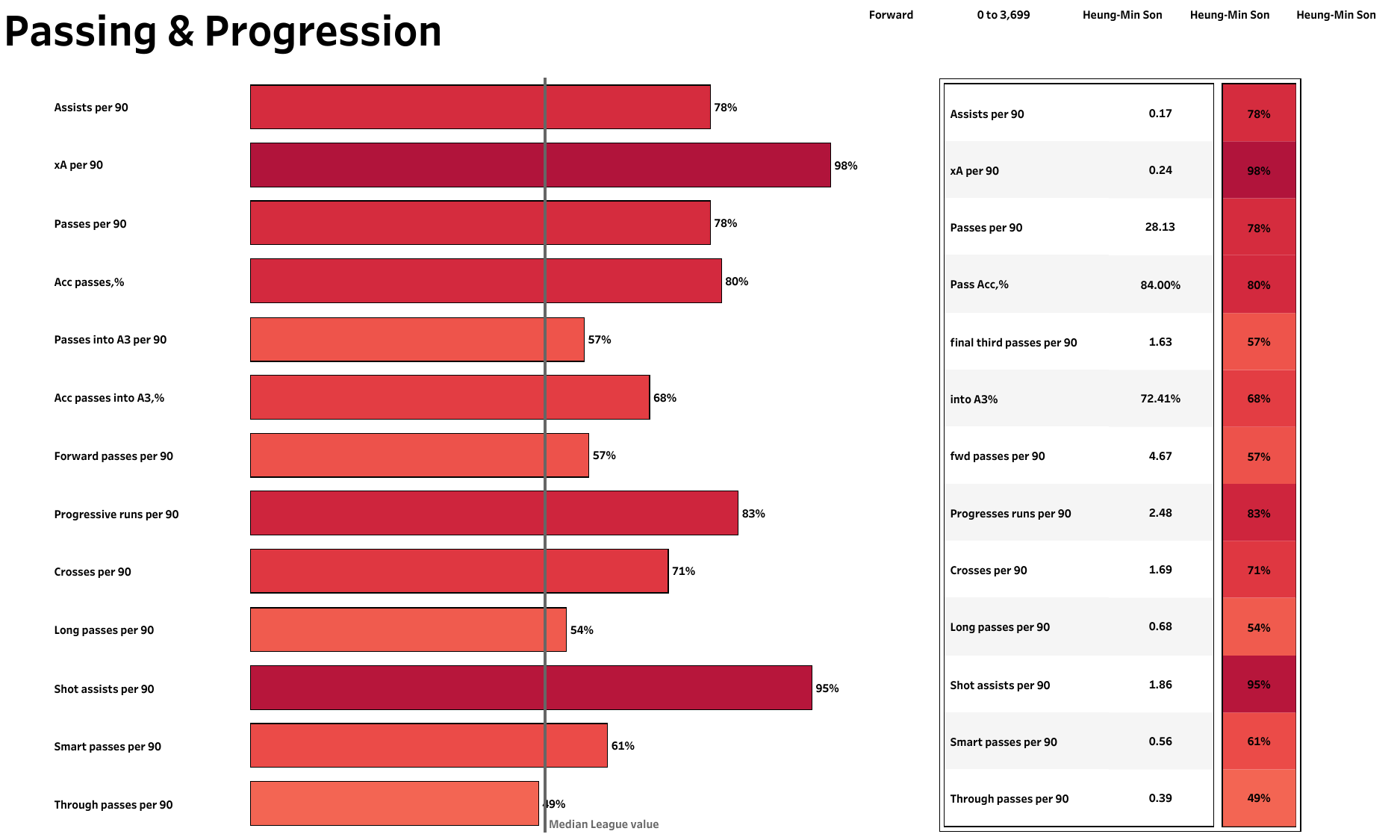 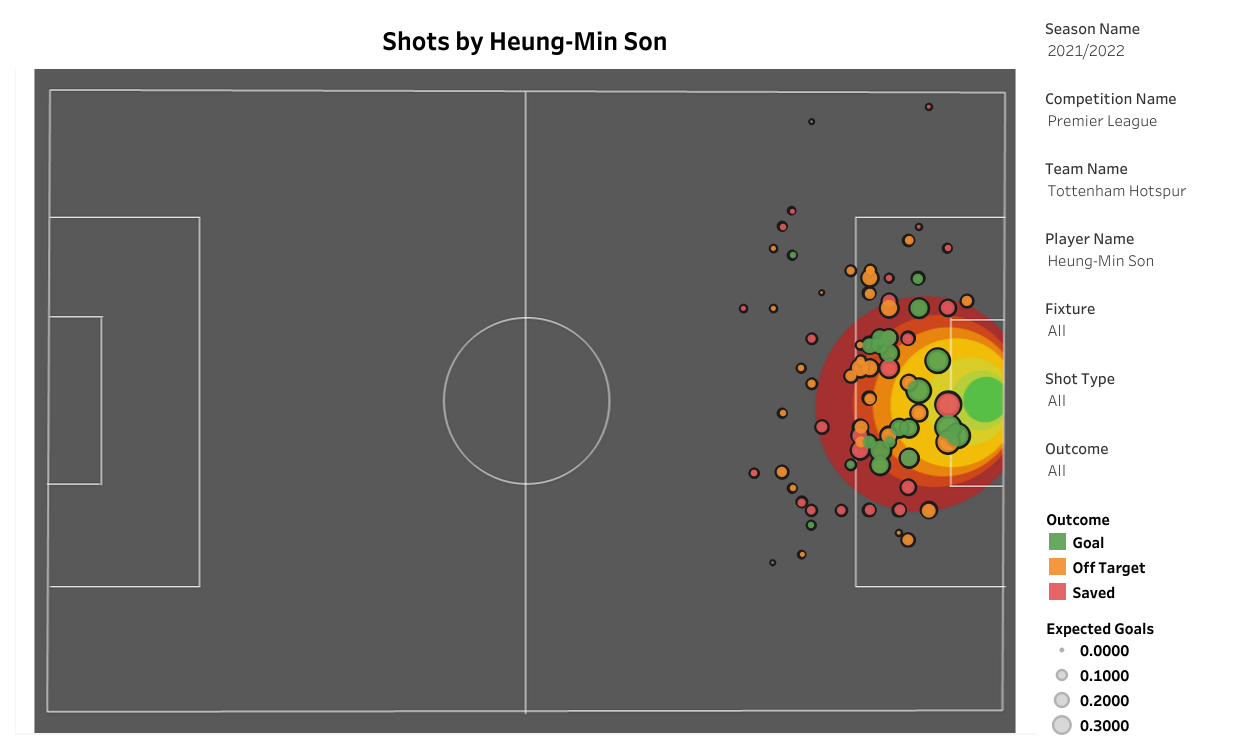 Shown above is the shot map of Son Heung-Min in the Premier League this season. Five of his 23 strikes have come from outside the box. The South Korean captain has hit more than half of his shots on target. He has taken 86 shots and scored 23 goals from it, giving him a ‘shots to goal’ ratio of 3.74:1. What is even more impressive is that not one of his goals has come from the penalty spot. 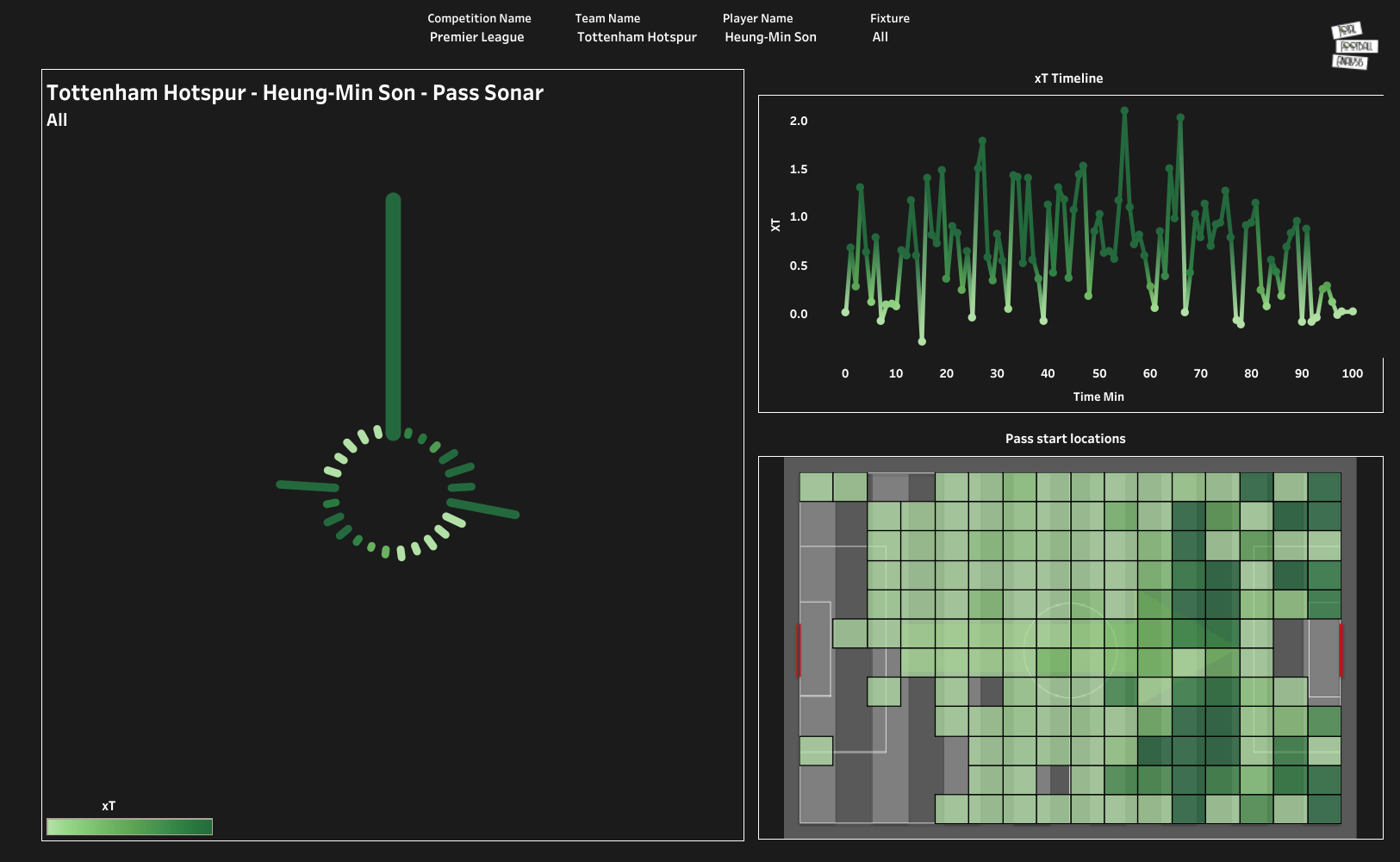 Seen in the above visual are the pass sonar, xT map and xT timeline of Son Heung-Min for Tottenham Hotspur this season in the Premier League. The Korean has frequently generated an xT value of 1.0 or more, even touching and surpassing 1.5. He has created threats from both the flanks, showing his versatility. With 45 passes into the penalty area, he has shown that not only can he get into dangerous positions but also make his teammates get into those positions.

For most of his Tottenham Hotspur career, Son Heung-Min has been a good sidekick to Harry Kane, but this season, he has deservedly outshone him at the Tottenham Hotspur stadium. The fans of Spurs will hope that he can replicates these performances in the Champions League as well.

The post Under the microscope: Son Heung-Min – The Golden Boot winner who outshone Harry Kane appeared first on Football analysis, news, betting and opinion from Spurs.