Giovani Lo Celso endured an underwhelming campaign at Tottenham Hotspur last season. In fact, it was so disappointing that he was sent out on a loan deal to Villarreal in the January transfer window. Having signed Richarlison, Yves Bissouma, Ivan Perisic, Fraser Foster and Clement Lenglet, Spurs will have to sell some players. The players on the to-be-sold list (or at least to be loaned out) are Japhet Tanganga, Joe Rodon, Harry Winks, Giovani Lo Celso and Bryan Gil. Here’s why Tottenham want to sell Lo Celso. 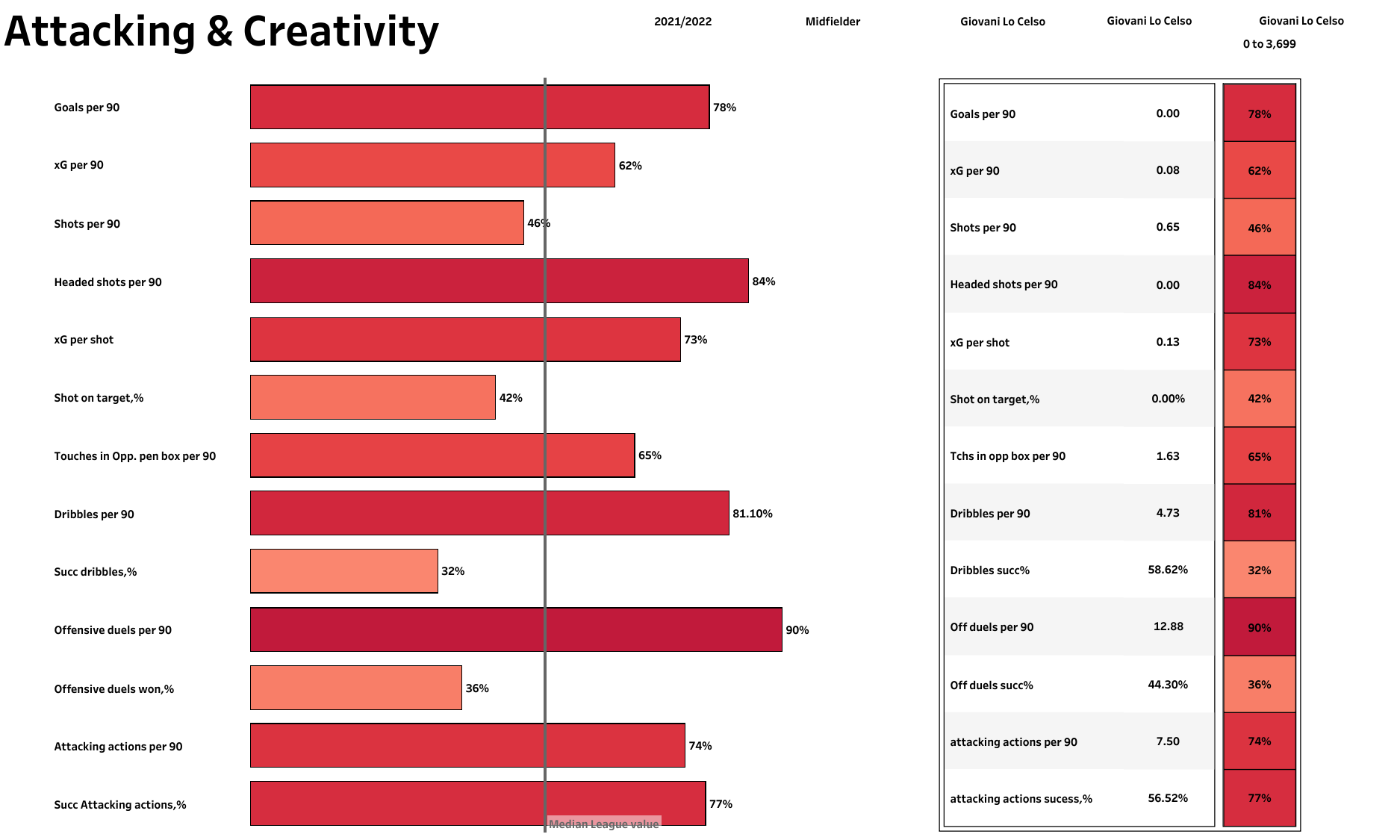 Lo Celso featured in 22 matches for Villarreal whilst being on loan at the club in the second half of the last season. These included all six knockout games in the UEFA Champions League. He may not have scored or assisted in the competition but was one of the key men for the Yellow Submarines’ run to the semi-finals. He fired off just 0.65 shots per 90 and generated an xG per shot of 0.13. He took 1.63 touches in the attacking penalty area per 90. The Argentine attempted 4.73 dribbles per 90, though his success rate was less than ideal at only 58.62%. He contested in nearly 13 offensive duels per 90, but he won only 44.3% of them. 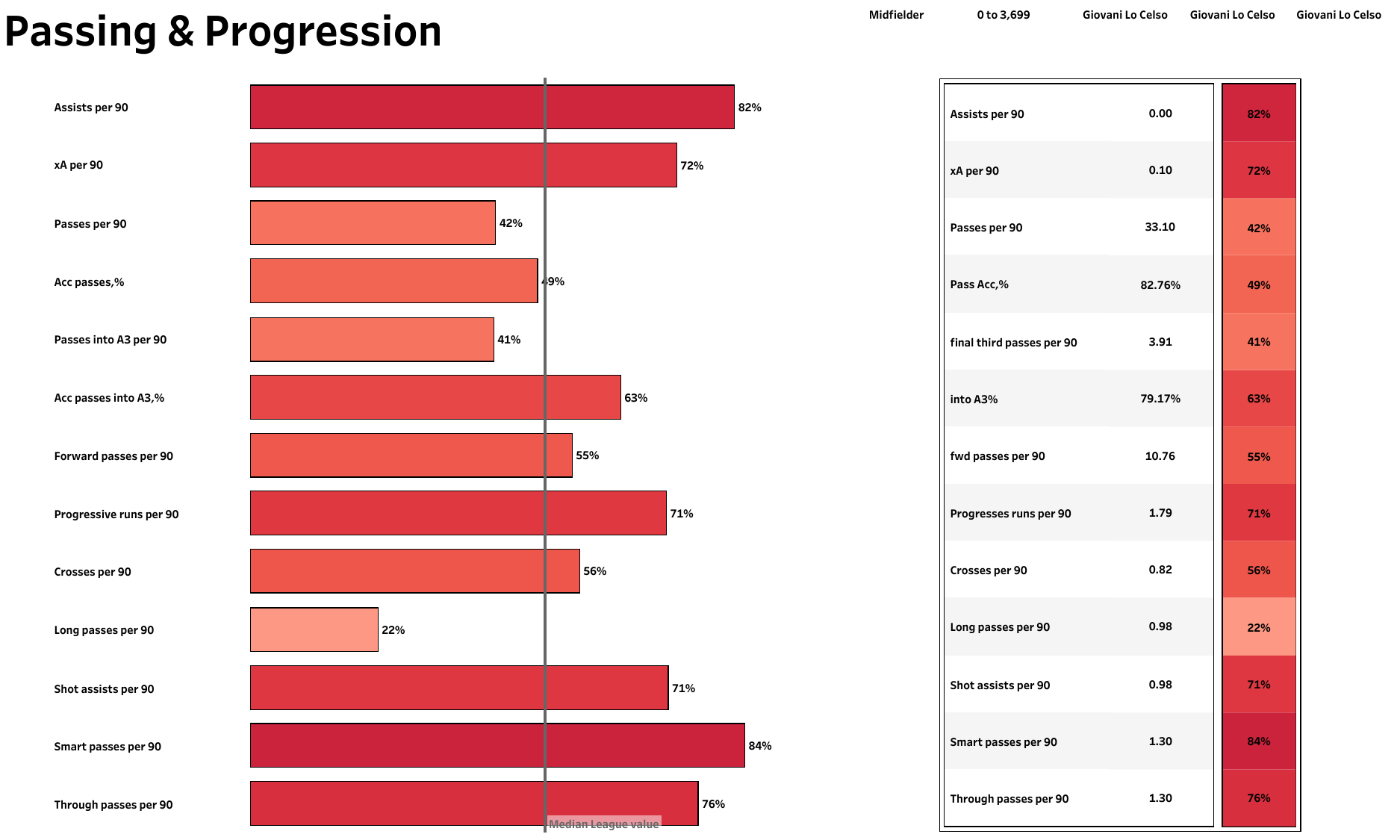 Lo Celso was not that involved in the game as he attempted only 33 passes per 90 on average, and his accuracy of just under 83% was also below average. He tried close to four passes into the final third per 90 and found a teammate on 79.17% of the occasions. He made 1.8 progressive runs per 90, which comfortably placed him in the upper third among midfielders. The former Real Betis man completed 1.3 smart passes per 90 and through passes per 90 each, ranking in the top 16% in the former and top 24% in the latter. 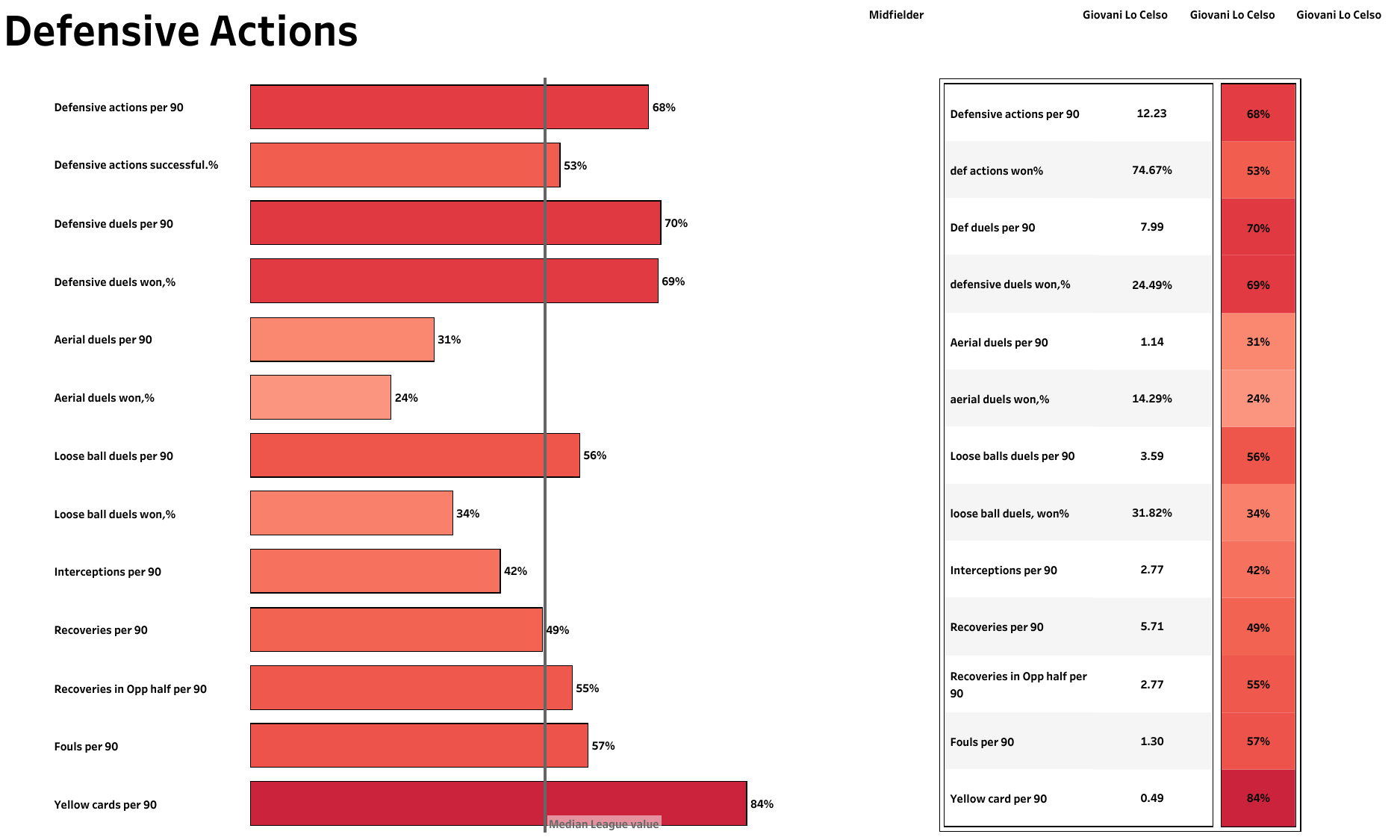 Lo Celso put up more than 12 defensive actions per 90 and came out successful in nearly three-quarters of them. He attempted eight defensive duels per 90 and won 24.5% of them, putting him in the upper third in both categories. He was ranked way below average for aerial duels, both in terms of attempts per 90 and win rate. However, standing at 177 cm, this is understandable. He made 2.77 interceptions per 90 and 5.71 recoveries per 90. Lo Celso earned three yellow cards in these six games. 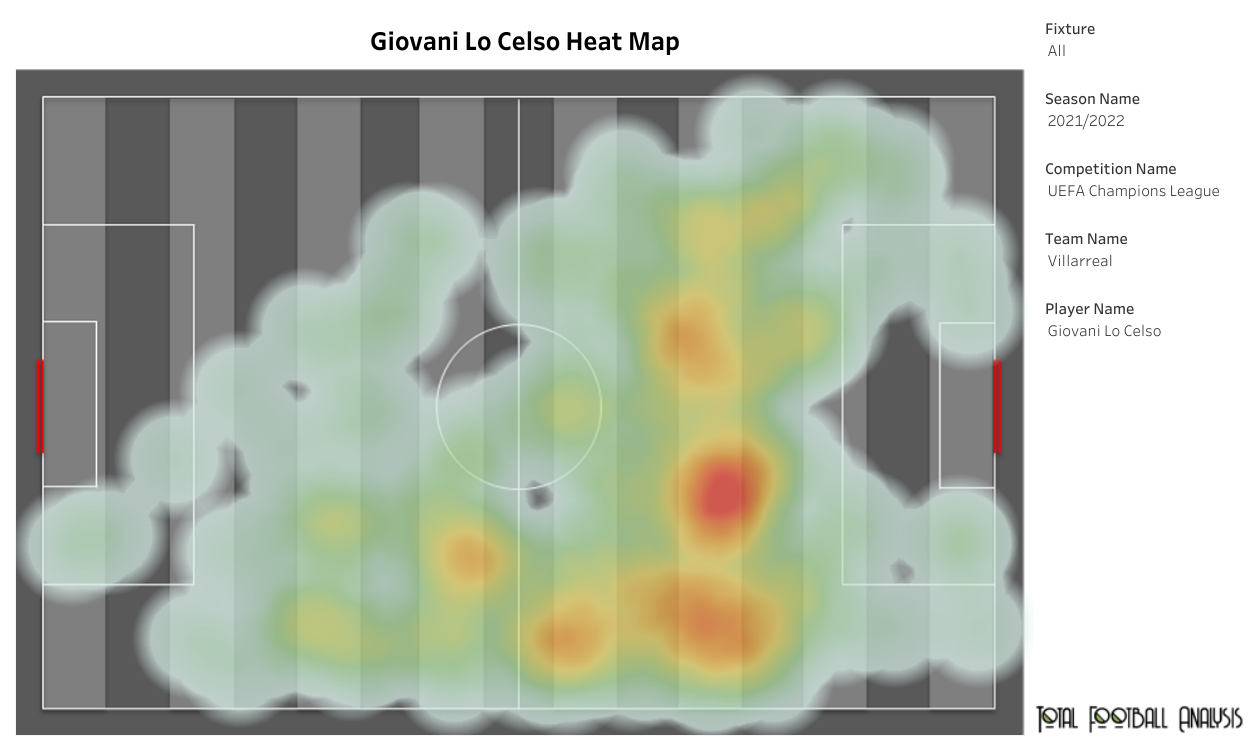 Lo Celso’s natural position is central midfield, but he was versatile enough to play as a second striker, attacking midfielder and a right winger. He completed 4.14 progressive passes per 90, 1.9 balls into the penalty box per 90, 1.21 key passes per 90, 4.83 progressive carries per 90 and 1.9 carries into the final third per 90. Defensively, he completed five successful pressures per 90 and five tackles & interceptions per 90.

Giovani Lo Celso was a key man for Villarreal in their semi-final run in the UEFA Champions League while also performing well in LaLiga. Based on his loan spell in Spain and the fierce competition in the midfield at Tottenham Hotspur, the club should try and sell the Argentine as it would turn out better for both parties.

The post Under the microscope: Should Tottenham Hotspur sell Giovani Lo Celso this summer? appeared first on Football analysis, news, betting and opinion from Spurs.