Arsenal are one of the favorites to finish in the fourth spot in the English Premier League. They are three points ahead of the team in the fifth spot with a game in hand. Mikel Arteta deserves a lot of credit for the Gunners’ performances on the pitch, despite having less depth in the team. They have very few striking options, and to counter that challenge, the manager has made a tactical switch that involves two of his main players, Bukayo Saka and Martin Odegaard. These two have formed a partnership on the right-hand side and have created a lot of chances for their team. This partnership has been crucial in their run to the Champions League spots.

Arsenal play in a 4-2-3-1 formation with Martin Odegaard starting as the number ten behind the striker and Bukayo Saka featuring on the right. The above viz shows the average position of the team. We can observe that Odegaard drifts towards the right side, and that allows Saka to play a high line towards the right. Alexandre Lacazette drops a little deeper and allows the wide players to go forward. 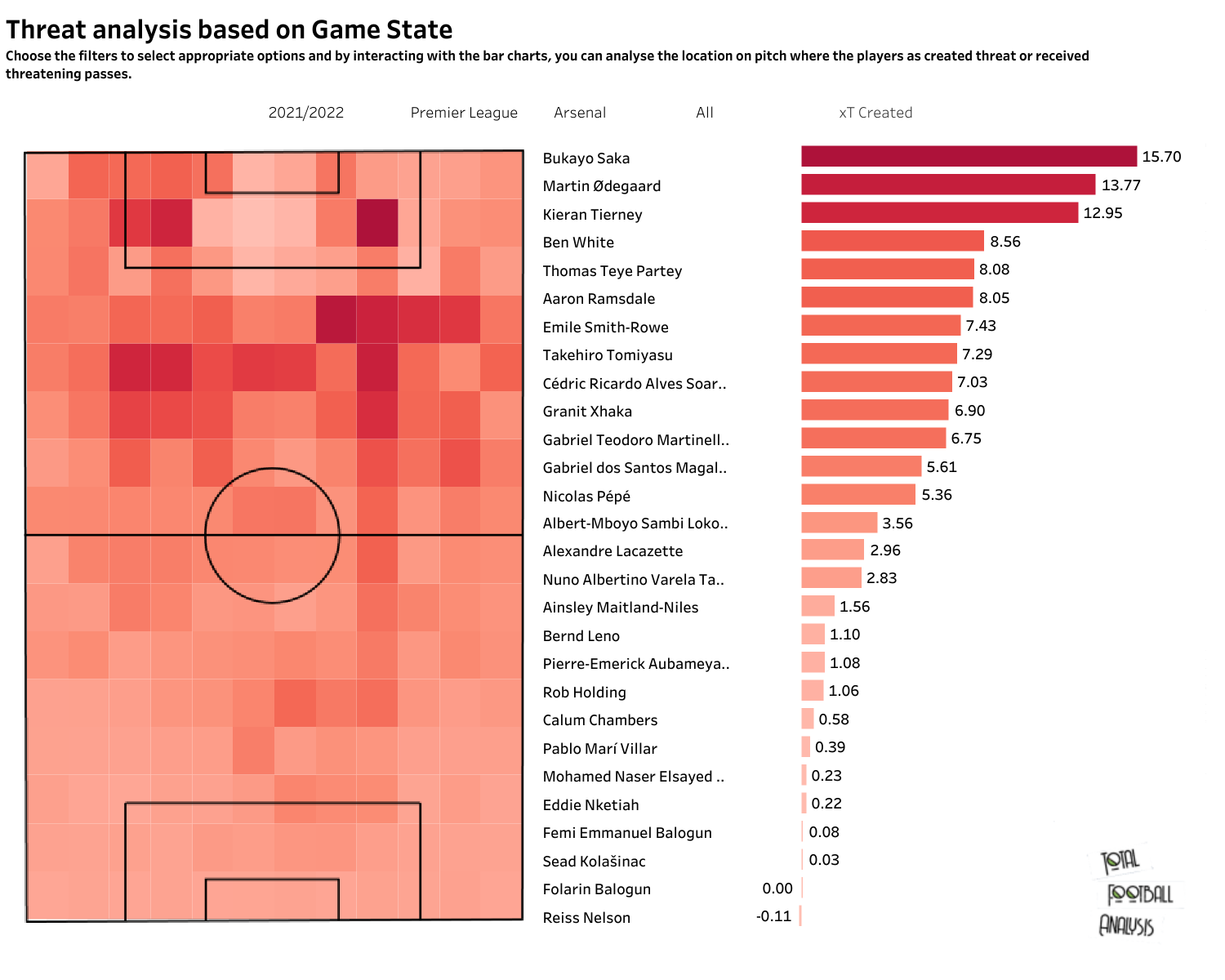 The above viz shows the xT creation zones as well as the player rankings according to the threats that they have created. Bukayo Saka has created the highest threat, followed by Martin Odegaard. Arsenal have created one of the highest xT from the middle of the field this season in the English Premier League. These two players also like to cut inside and create chances for their team.

The above heat map shows the position of Bukayo Saka this season. He has featured on the right and likes to get inside the opposition’s penalty box. Saka has scored nine goals and provided five assists. He has been one of the key players for Arteta. The 20-year-old has attempted the most passes towards Martin Odegaard. A total of 133 passes have been attempted, and he provided an assist to the attacking midfielder. 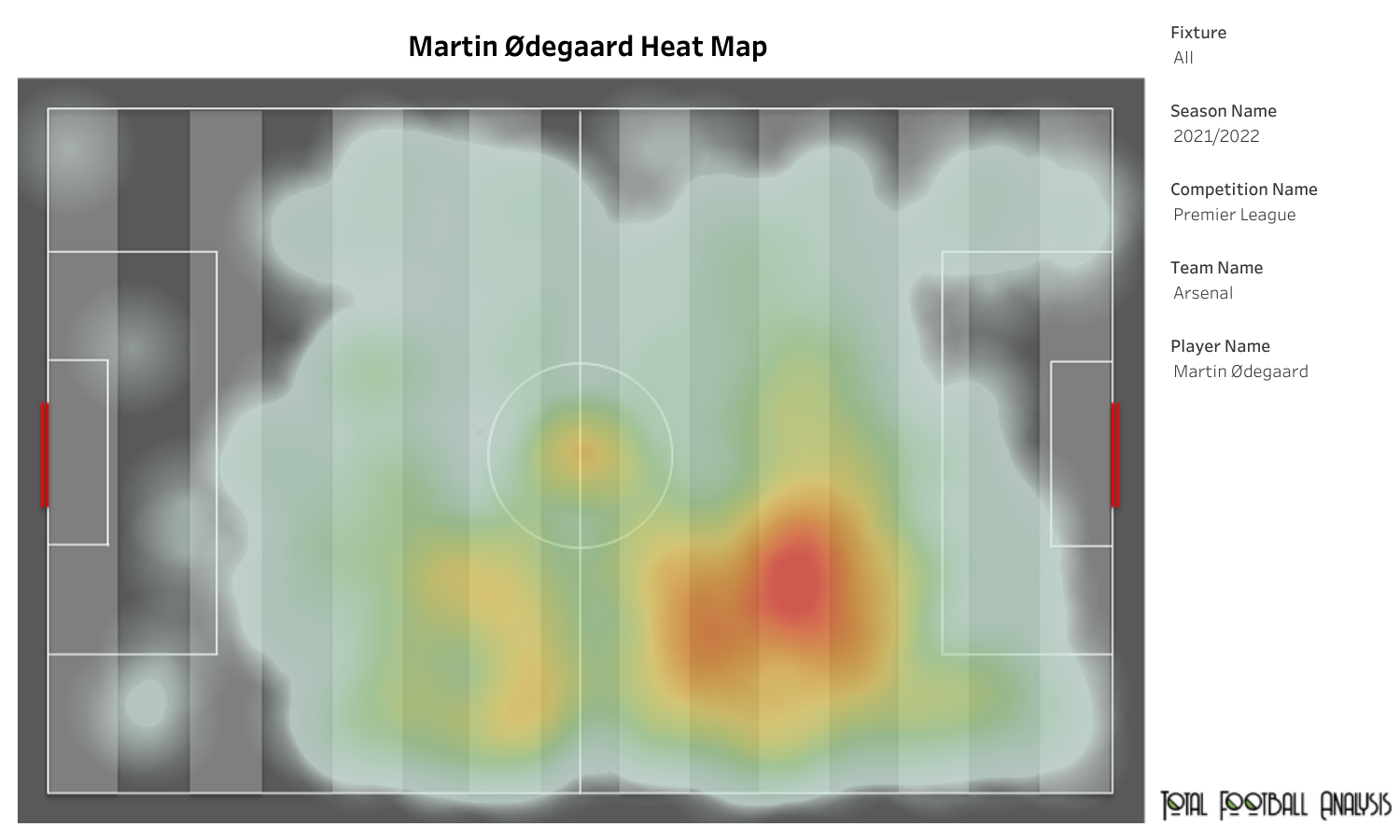 By looking at the average position of Martin Odegaard, we can make out that he has played a lot closer to Bukayo Saka on the right. Odegaard has found the back of the net on five occasions and even has three assists to his name. The Norwegian has also attempted the highest number of passes towards Saka. Odegaard has attempted 139 passes, and these passes have created an xT of 2.55. He has also provided an assist to Saka.

These two have made some crucial contributions towards the right side for Arsenal. The departure of Pierre-Emrick Aubameyang meant that Arsenal only had Alexandre Lacazette and Eddie Nketiah as their striking options. To overcome that obstacle, Arteta made some tactical changes and has been successful so far. However, the work is not yet completed, and these two will look to add more goals that could help their side to Champions League qualification.

The post Under the microscope: Odegaard and Saka – Mikel Arteta’s tactical switch creates a new partnership on the right for the duo appeared first on Football analysis, news, betting and opinion from Arsenal.