Mohamed Elneny signed a contract extension with Arsenal after an impressive end to the English Premier League 2021/22 season. The 29-year-old has signed a one-year contract and will be a part of Mikel Arteta’s side for the next season. Elneny struggled for game-time throughout the season and was on the verge of leaving the club before the start of next season. However, an injury to Thomas Partey meant that Elneny got more game-time, and the manager was impressed with his displays on the pitch. 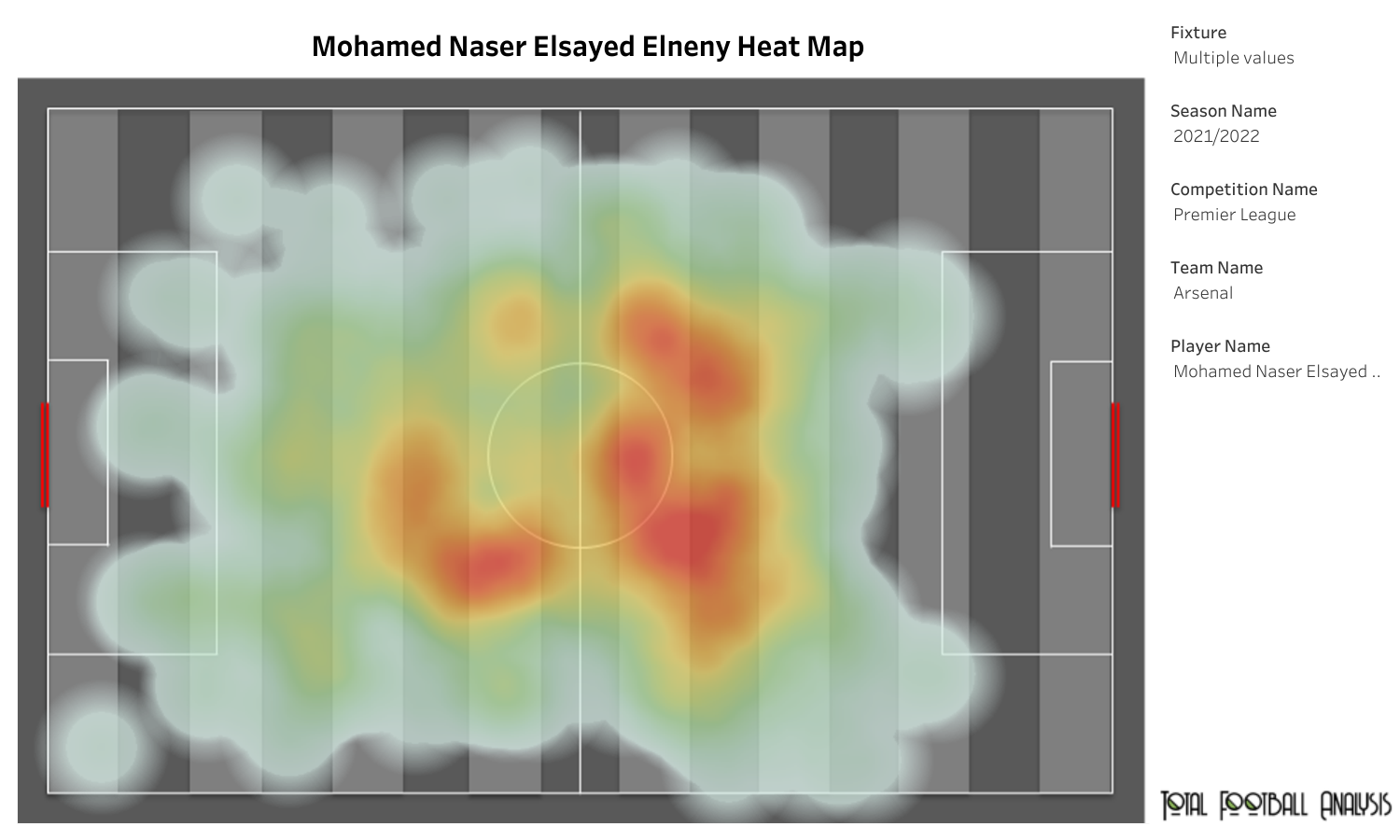 Elneny made 14 appearances in the league this season. Of these seven appearances, seven were made till January, and his eighth appearance came against Chelsea in April after Partey got injured. Elneny spent more than three months warming the bench. Later on, he started and finished every game for Arsenal. In the first seven games, Elneny only had one start. The above heat map shows that he played in the heart of the midfield and was the link between the attack and the defence.

In the last seven matches, the Egyptian midfielder attempted 416 passes, with an average of around 60 passes per match. Elneny had a very high pass accuracy rate of 95.43%. Most of the passes were simple passes, and the player was involved in building up play from a deeper midfield role. Elneny directed the most passes towards Granit Xhaka, followed by Cedric Soares and Martin Odegaard. The 29-year-old also attempted seven shots, and two were on target. All the shots were attempted from outside the opposition’s penalty box. 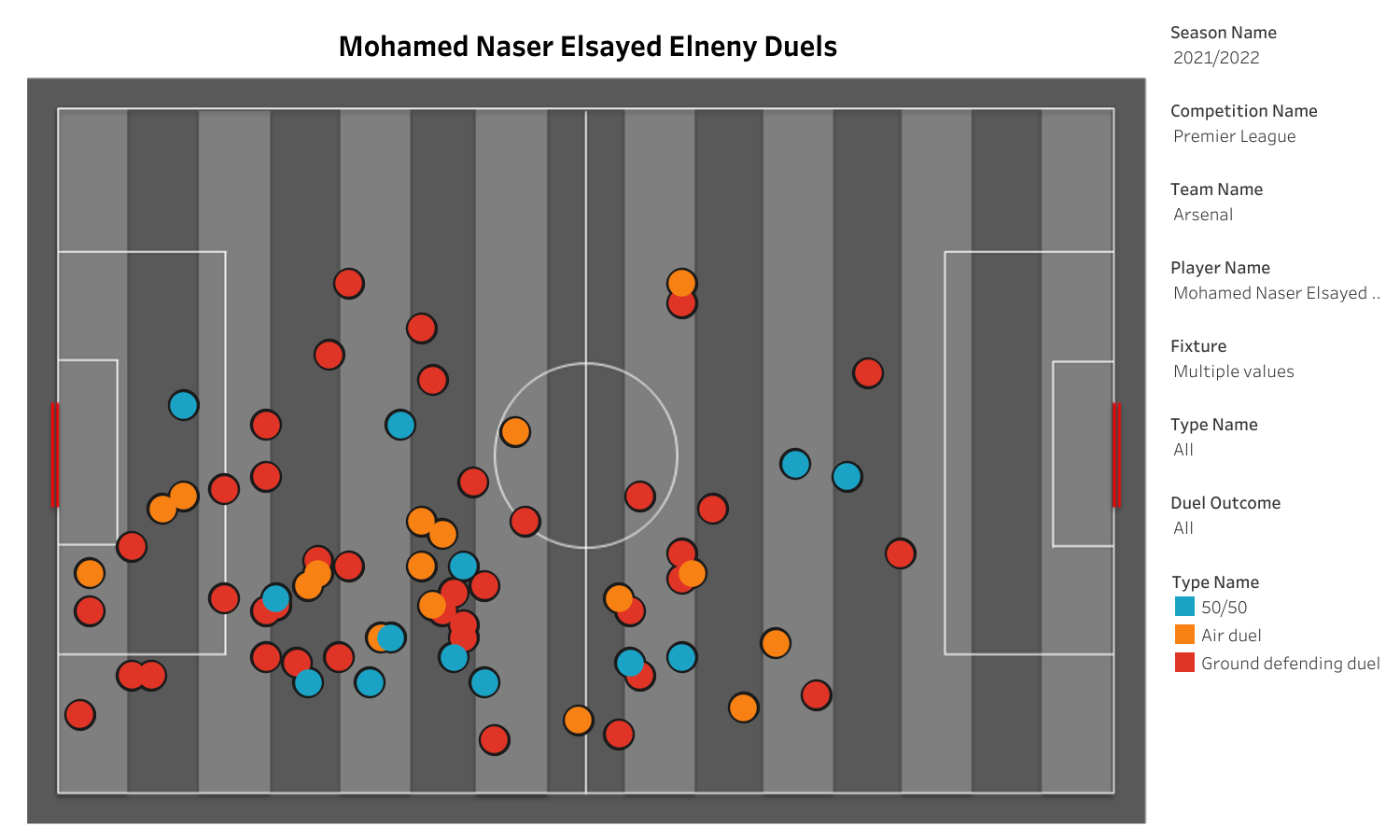 Elneny also contributed to the defensive side by contesting and winning some duels. Most of the duels were contested in his team’s half. We can observe that Elneny has contested more defensive duels, followed by aerial duels and loose ball duels. He featured towards the right side of midfield. 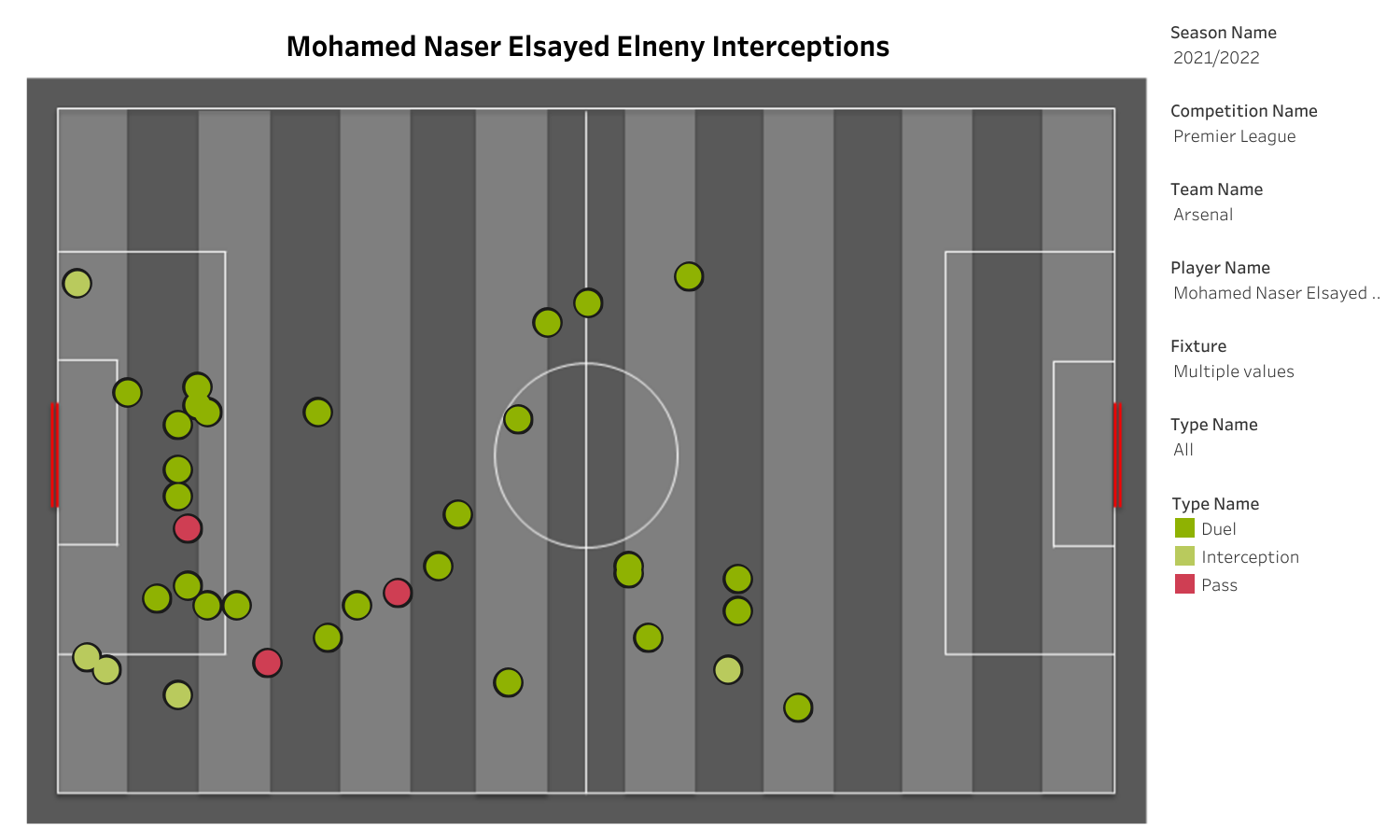 Mohamed Elneny was consistent with his performances on the pitch. He had a high passing accuracy rate and defended the goal well. The midfielder deputised well in the absence of Thomas Partey, and Mikel Arteta was impressed with his commitment. The Gunners will look to get more contributions from him in the upcoming season and could offer him more extensions in case he shows more improvements.

The post Under the microscope: Mohamed Elneny’s recent consistency earns him a contract extension at Arsenal appeared first on Football analysis, news, betting and opinion from Arsenal.