This season, Liverpool will have an almost full team. They have a lot of depth in every position. The centre-back position is one where they are heavily laden. With Virgil van Dijk and Ibrahima Konate expected to start, and Joel Matip and Joe Gomez as backups, the likes of Rhys Williams, Sepp van den Berg, Nathaniel Phillips will see little to no action. The Reds should aim to sell at least two of these defenders for whatever sum they can obtain. Here is why Liverpool want to sell Rhys Williams. 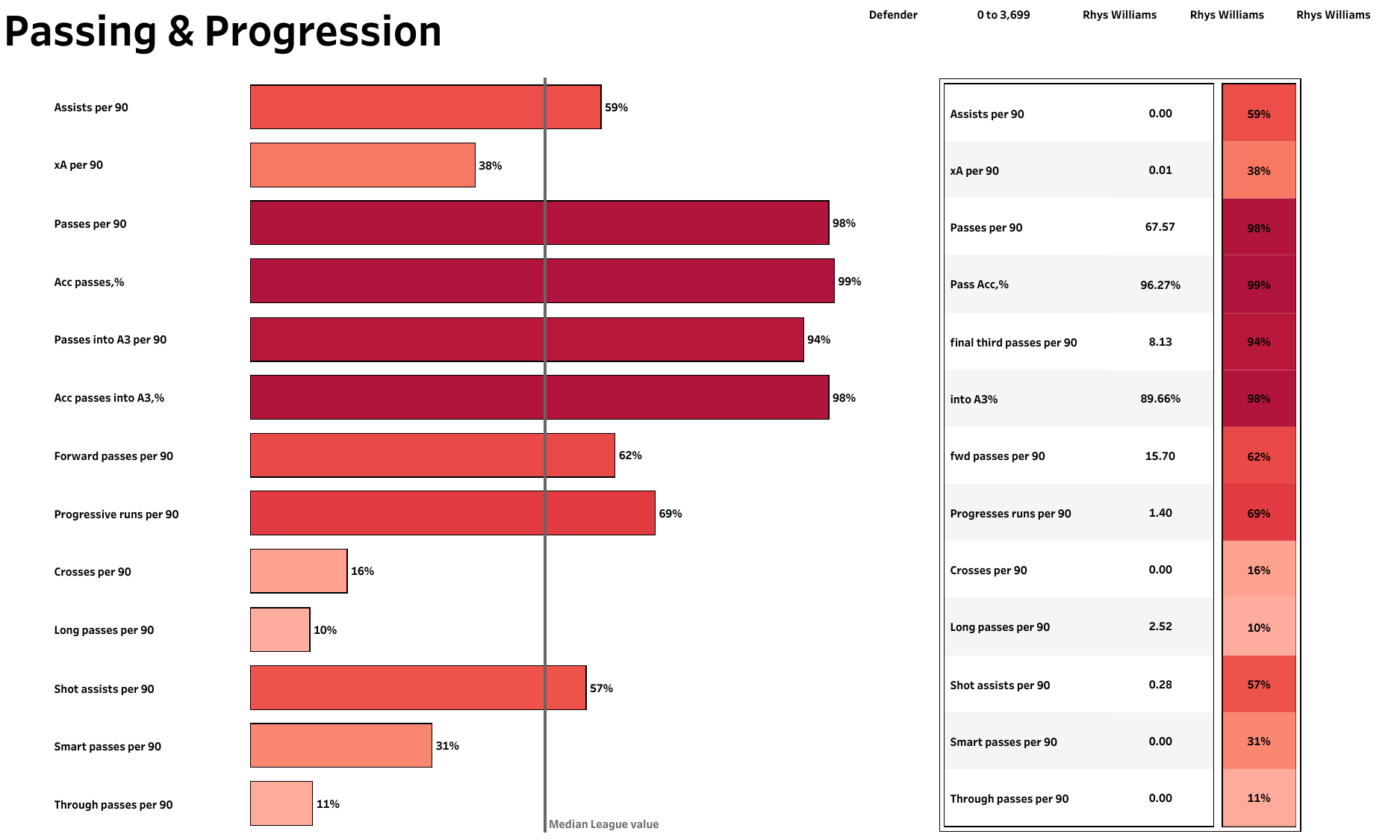 Williams played only five games for Swansea City in the first half of the 2021-22 EFL Championship season before returning to Liverpool in the January transfer window. His total time on the pitch was only 296 minutes. He failed to score or assist during this time. However, the Englishman was very reliable and dependable on his volume passing as he averaged nearly 68 attempted passes per 90 at an astonishing accuracy of 96.27%. Equally good was his ability to pass into the final third, as he attempted 8.13 per 90 and found a teammate on 89.66% of the occasions. The defender made 1.4 progressive runs per 90, which placed him in the upper third in this category. 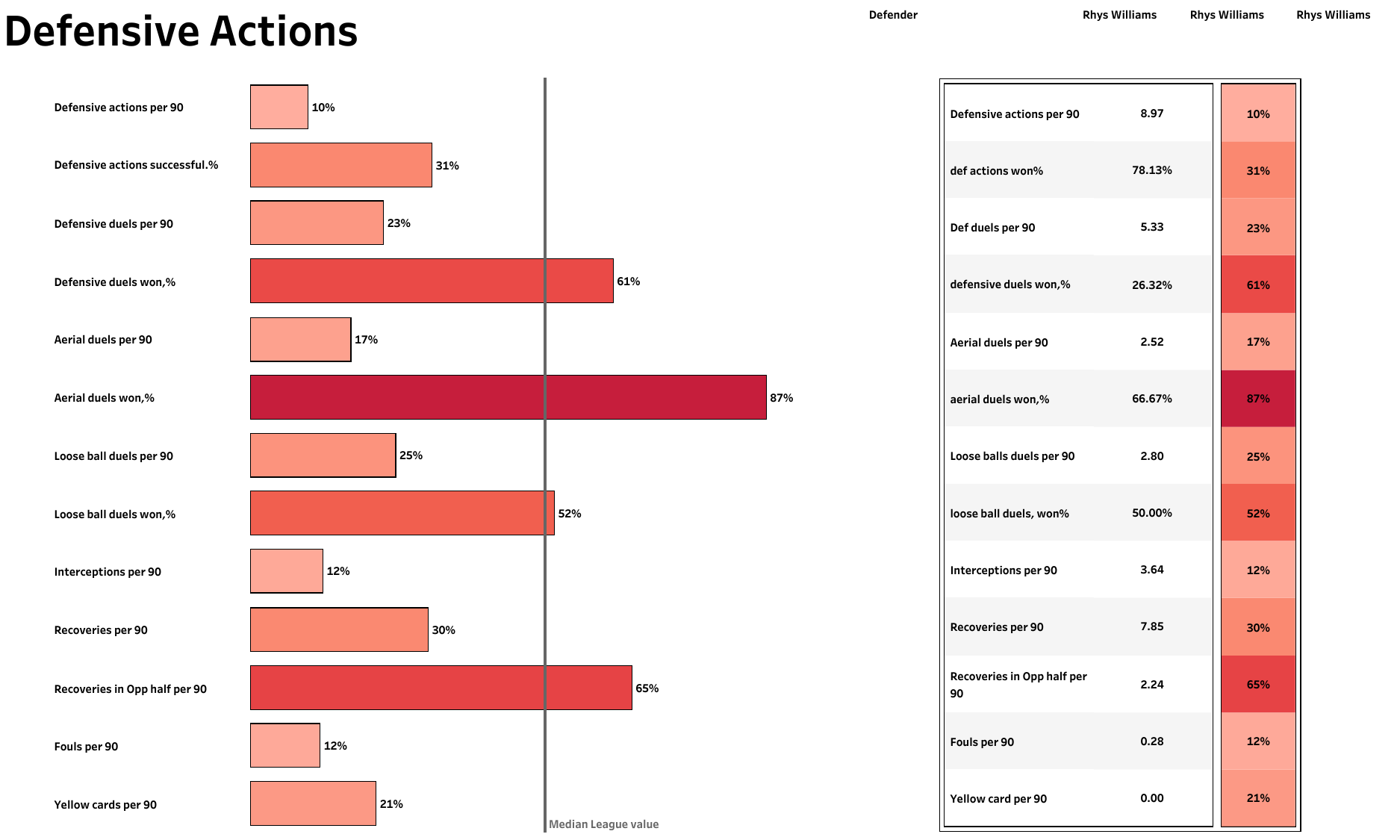 As good as Williams was with his passing ability, he was not good enough on the defensive end. He attempted less than nine defensive actions per 90 and had a success rate of only 78.13%, placing him in the bottom third in both categories. He attempted only 5.33 defensive duels per 90 but had a decent success percentage of 26.32%. The Englishman’s tall height of 195 cm allowed him to win two-thirds of his aerial duels, though he attempted only 2.52 per 90 minutes. He contested only 2.8 loose ball duels per 90 and managed to recover 50% of them. He completed only 3.64 interceptions per 90 and 7.85 recoveries per 90.

Williams played as a left-sided centre-back for Swansea City last season. He was equally active in the opposition’s half as he was in his half. That was due to Swansea City having more than 50% possession in all but four games last season, which meant that he could play higher up the field as frequently as possible. 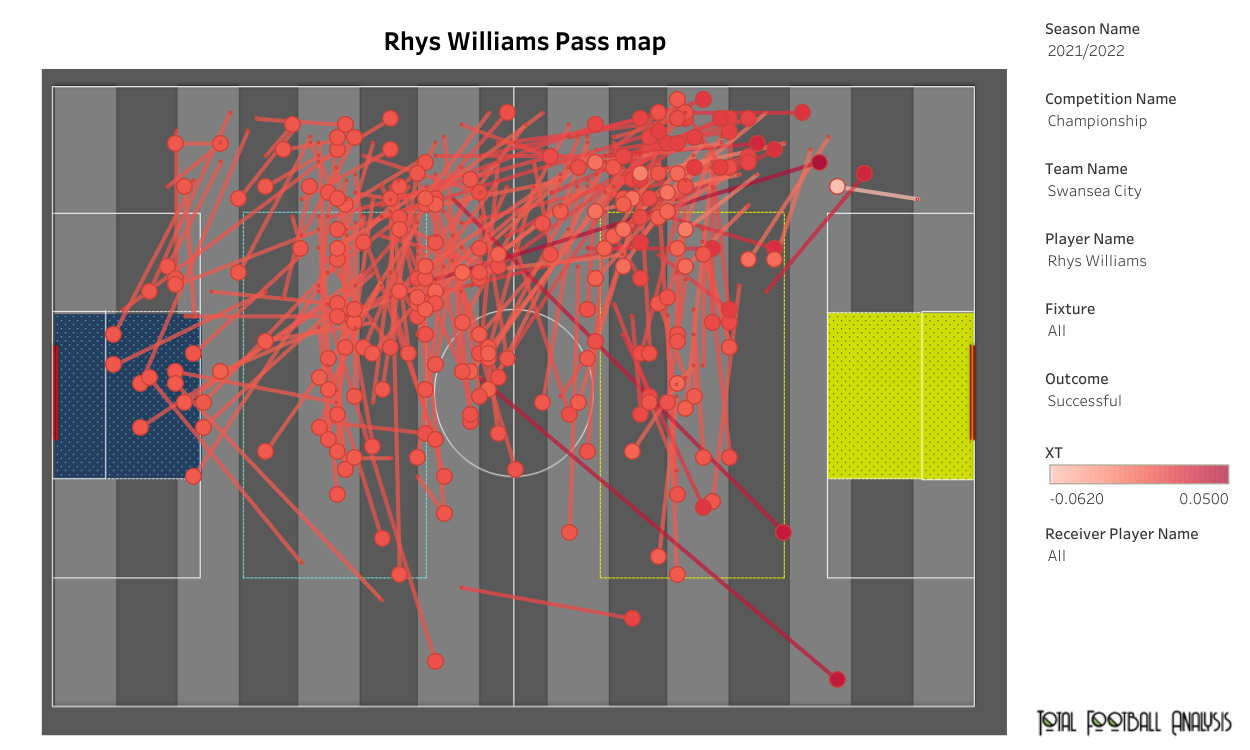 Williams was a very reliable passer of the ball, completing well over 96% of his attempted passes. Although a good chunk of his passes went in the forward direction, the majority of his passes were either sideways or backwards in direction.

Rhys Williams played very little first-team football last season for both Swansea City and Liverpool as most of his appearances came in the Premier League 2 for the Liverpool U-23 side. He still has some years left in his contract, so Liverpool can sell Williams well above his market value of €4 million (according to Transfermarkt).

The post Under the microscope: Liverpool wanting to sell Rhys Williams this summer appeared first on Football analysis, news, betting and opinion from Liverpool.