Leicester City spent a decent amount of money to acquire the signing of Danish centre-back Jannik Vestergaard from Southampton at the start of the English Premier League 2021/22 season. He joined Southampton in 2018 and was a regular member of their starting XI. However, a move to the King Power didn’t go as expected by the player or the manager. Vestergaard failed to cement his place in the starting XI and also spent a lot of time on the bench despite Leicester City’s injury problems at the back. However, Wesley Fofana and Caglar Soyuncu have been linked with a move to other clubs. Jonny Evans is also ageing, and the manager will look to change the defensive set-up. This means that Vestergaard might get a chance in the starting lineup to prove his worth. He was impressive for the Saints in defence as well as going forward on set-pieces. 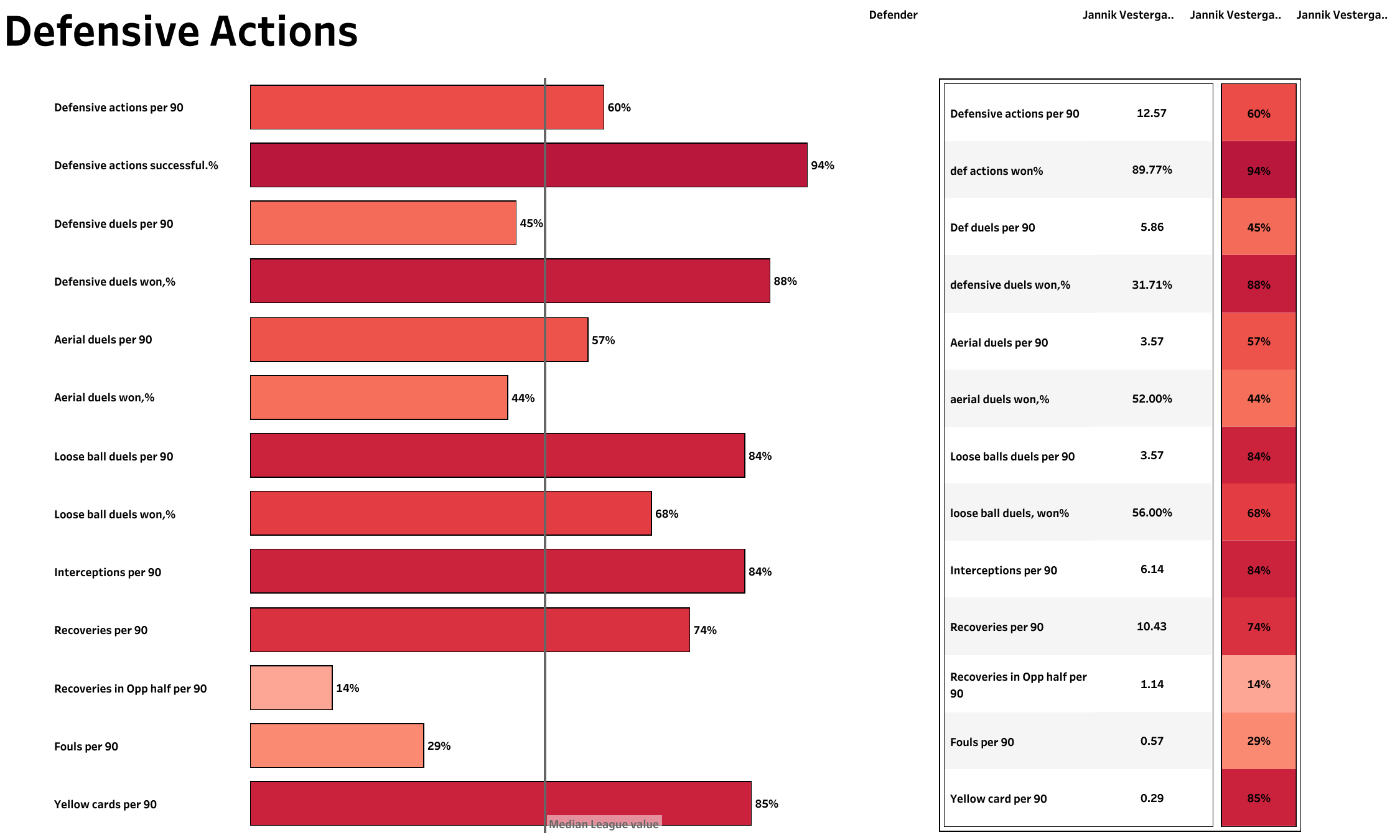 Vestergaard made ten appearances for the Foxes in the league last season and four came off the bench. Overall, he made 20 appearances for Leicester City but was unable to score a goal for his new team. When looking at the above chart, the general rule is that the longer the bar, the better the performance — you can see the league average in the middle, and the % is the percentile rank the player is in. From the above viz, we can notice that the defender was involved in 12.5 defensive actions per 90 minutes and had a huge success rate of about 90%. However, he struggled to win half of the aerial duels contested by him despite showing aerial dominance in the previous seasons. 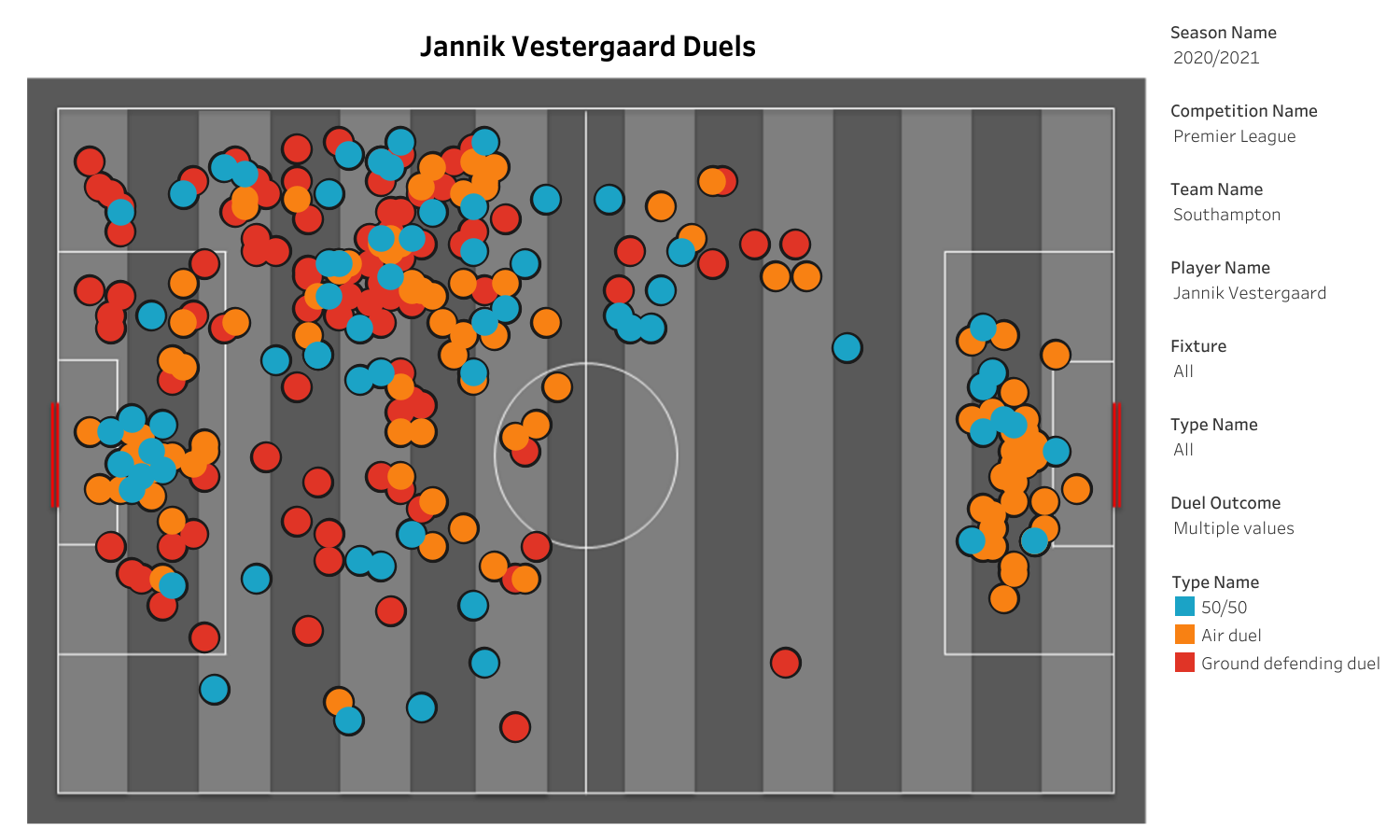 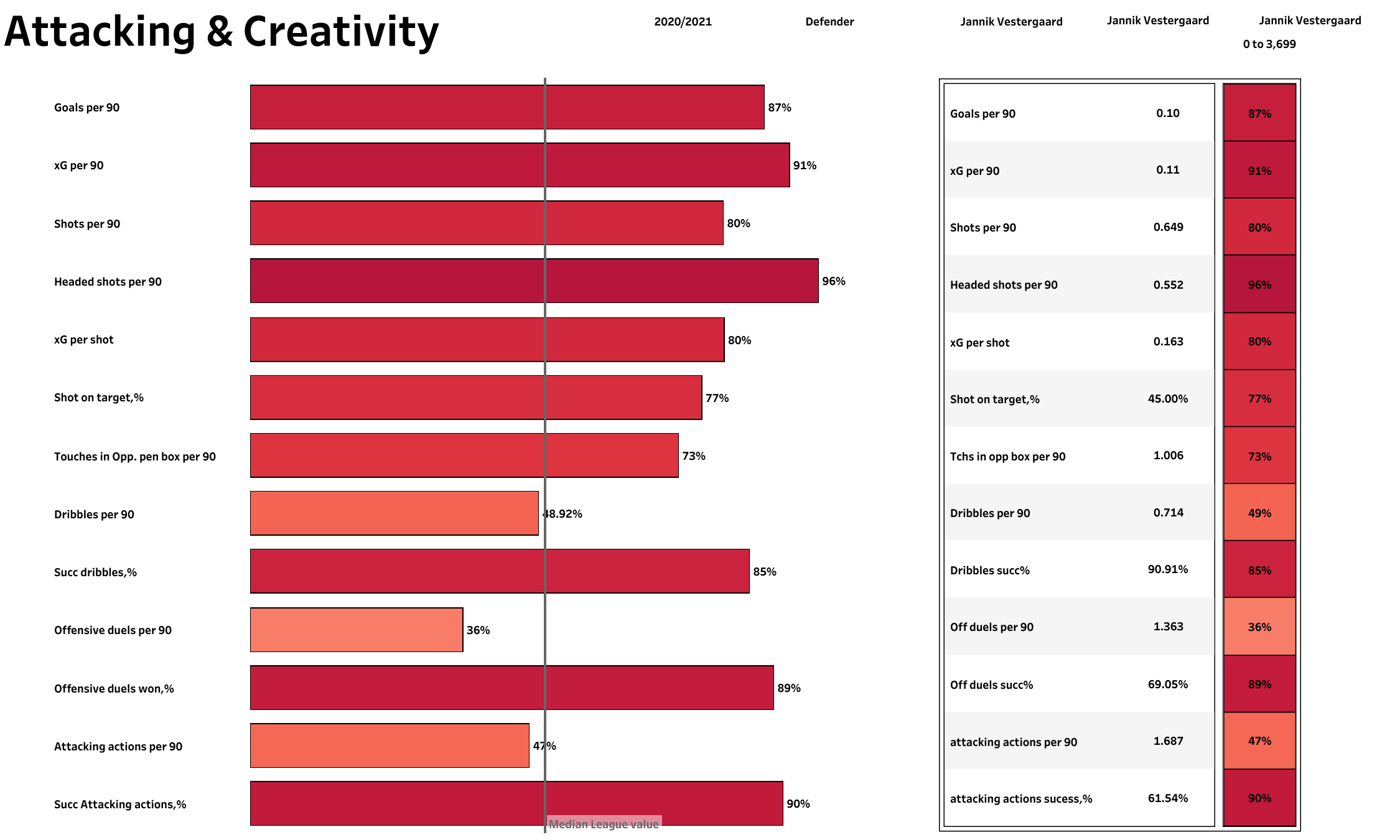 The above viz shows the attacking & creativity stats of the defender in the 2020/21 season. Vestergaard was surely a threat in the air. The above stats show that the player had a high percentile rank for headed shots, for xG, for winning offensive duels and for a high attacking action success rate per 90 minutes. He attempted 20 shots, and nine were on target. Brandan Rodgers could also benefit from the tall defender in the same way and make him a target man during set-pieces.

Vestergaard had similar defensive stats in the last two seasons. However, his appearances were reduced a lot the last season. The Danish centre-back has to raise his game if he wants to cement his place in the starting XI. Jannik Vestergaard can score goals and can play the ball from the back. Brendan Rodgers will also look to add the tall centre-back to his starting XI and help his side deal with aerial threats easily.

The post Under the microscope: Jannik Verstergaard – Can the Leicester City flop earn his place in the starting XI next season? appeared first on Football analysis, news, betting and opinion from Leicester City.