Tottenham Hotspur made their first summer signing on 31st May 2022 with the signature of the versatile Croatian man, Ivan Perisic. He will join the North London side from the 1st of July 2022 on a free transfer from Serie A runners-up, Inter Milan. Perisic has signed a contract until June 2024, when he will be 35-years old. Here, we will analyse what the Croatian man will bring to Antonio Conte’s men. 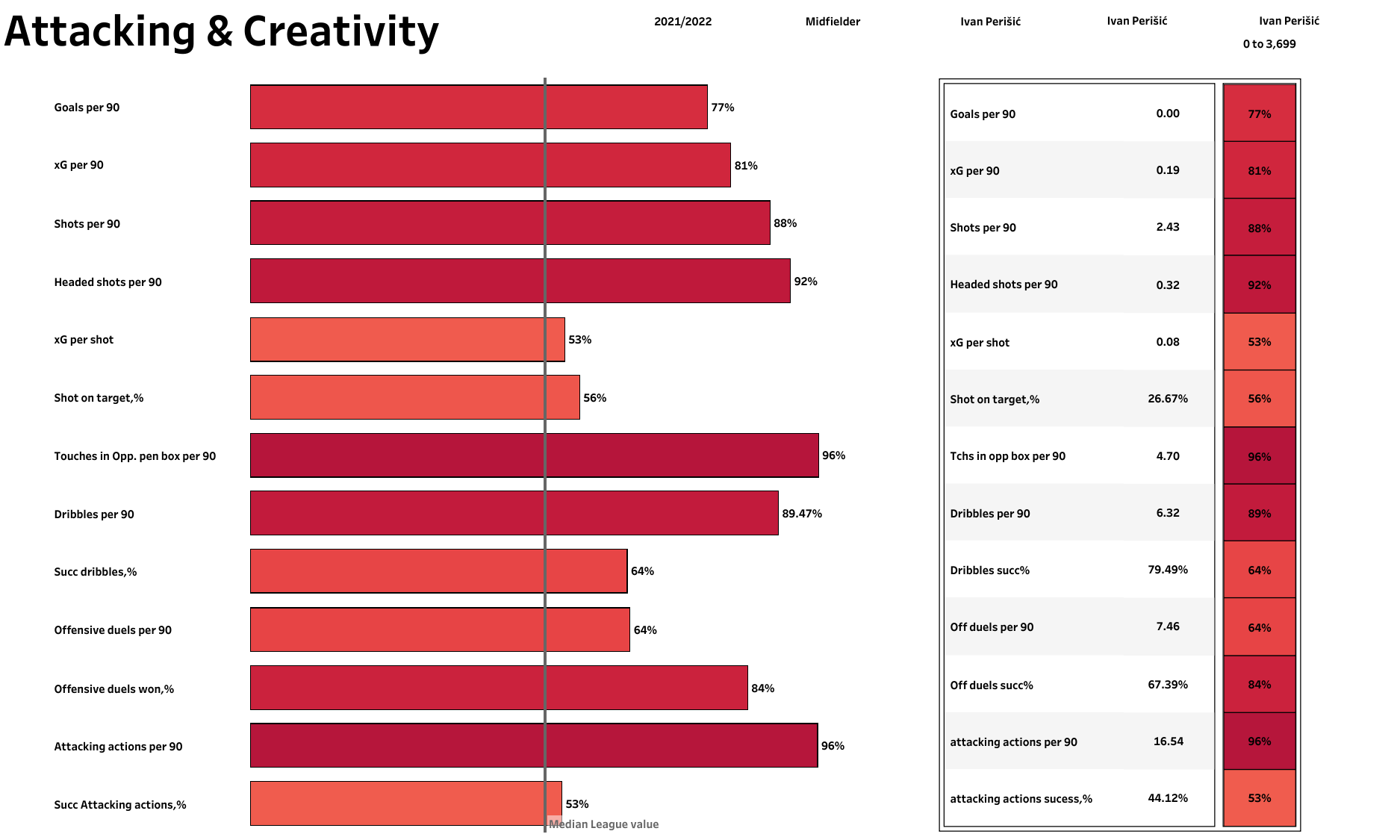 Perisic played eight games for Inter Milan in the recently concluded UEFA Champions League season, totalling 530 minutes. In this period, he has not scored even once as he has underperformed on his xG per 90 of 0.19 despite taking 2.43 shot attempts per 90. Perisic has touched the ball 4.7 times per 90 in the opposition’s penalty area, which ranks him in the top 4% of this category. The Croatian winger has attempted 6.32 take-ons, which is in the top 11%, at a very high success rate of 79.49%. Perisic has been involved in 16.54 attacking actions per 90. 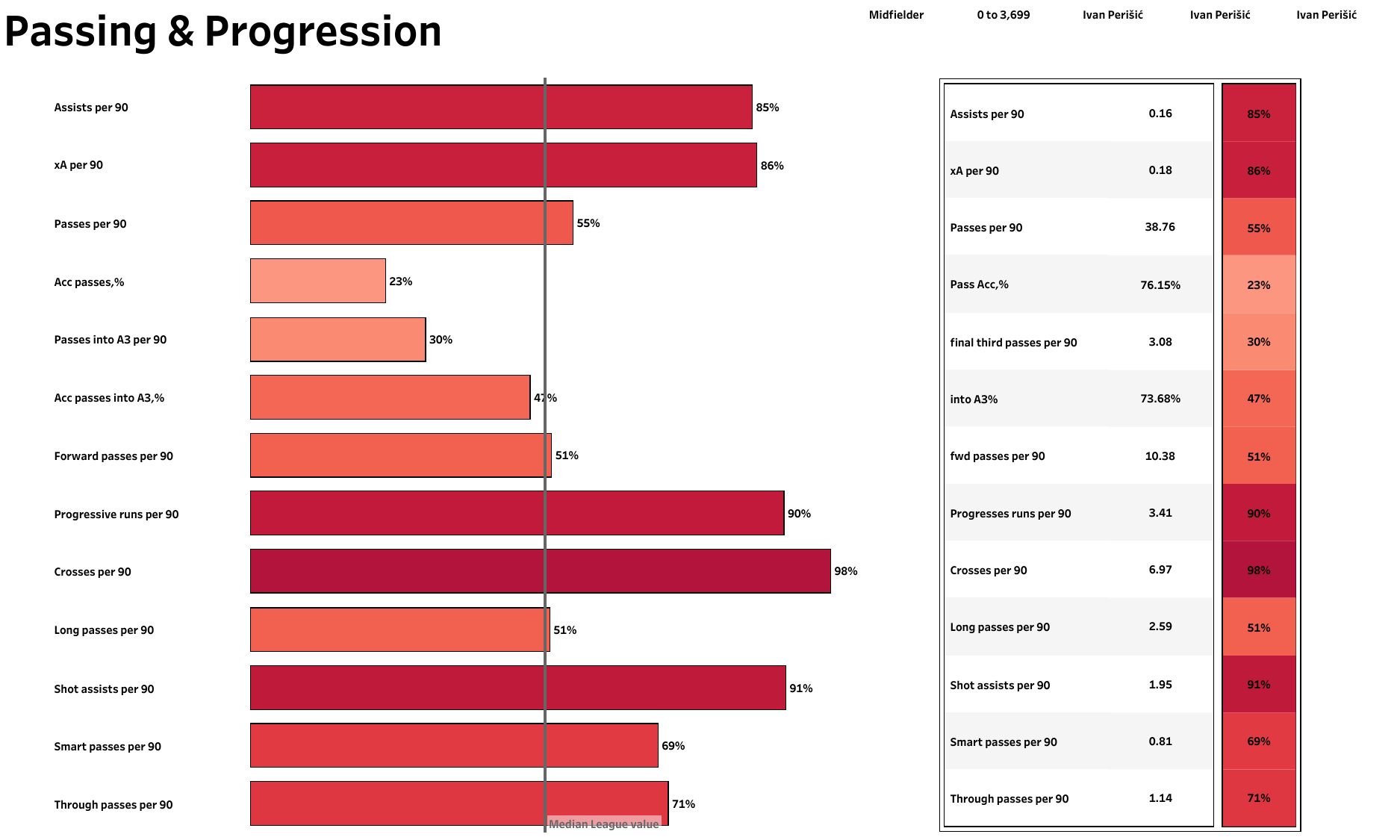 Perisic may have massively underperformed on his xG, but he has performed more or less to expectations as far as xA is concerned, having generated 0.16 assists per 90. The 33-year-old attempted a lowly 38.76 passes per 90 at a success rate of only 76.15%. But what he lacked in passing, he made it up in crossing. The Croatian winger completed nearly seven crosses per 90, ranking him in the top 2% for this category. He has also made 3.41 progressive runs per 90 and just under two shot assists per 90, being ranked in the top 10% for both categories. 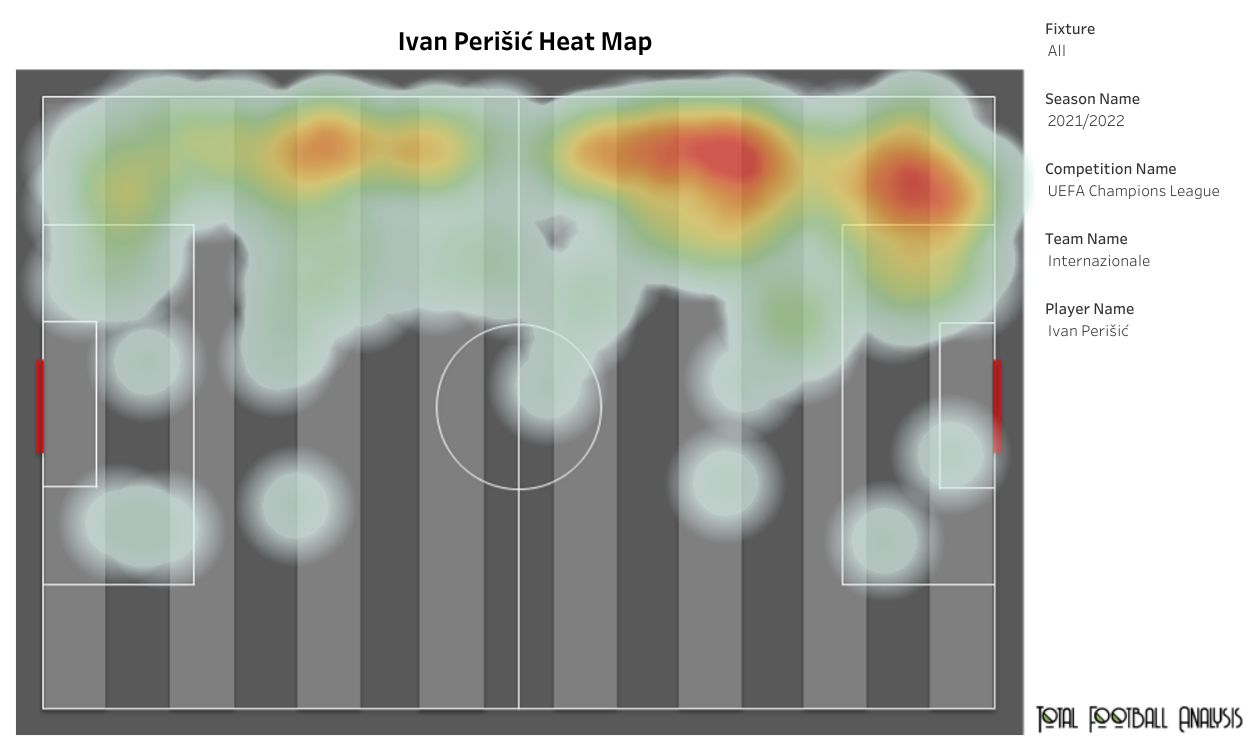 Being a left-winger, Perisic has been influential in the final third. He has also not been afraid of tracking back when required. The Croatian international has made 85 pressures (28 of them being successful) and 22 tackles and interceptions for Inter Milan in the 2021-22 UEFA Champions League. While going forward, Perisic has completed 22 progressive passes, 14 key passes, 12 passes into the final third and 16 passes into the penalty area. With the ball at his feet, the Croatian has completed 51 progressive carries, 16 carries into the attacking third and 13 carries into the opposition’s penalty box. 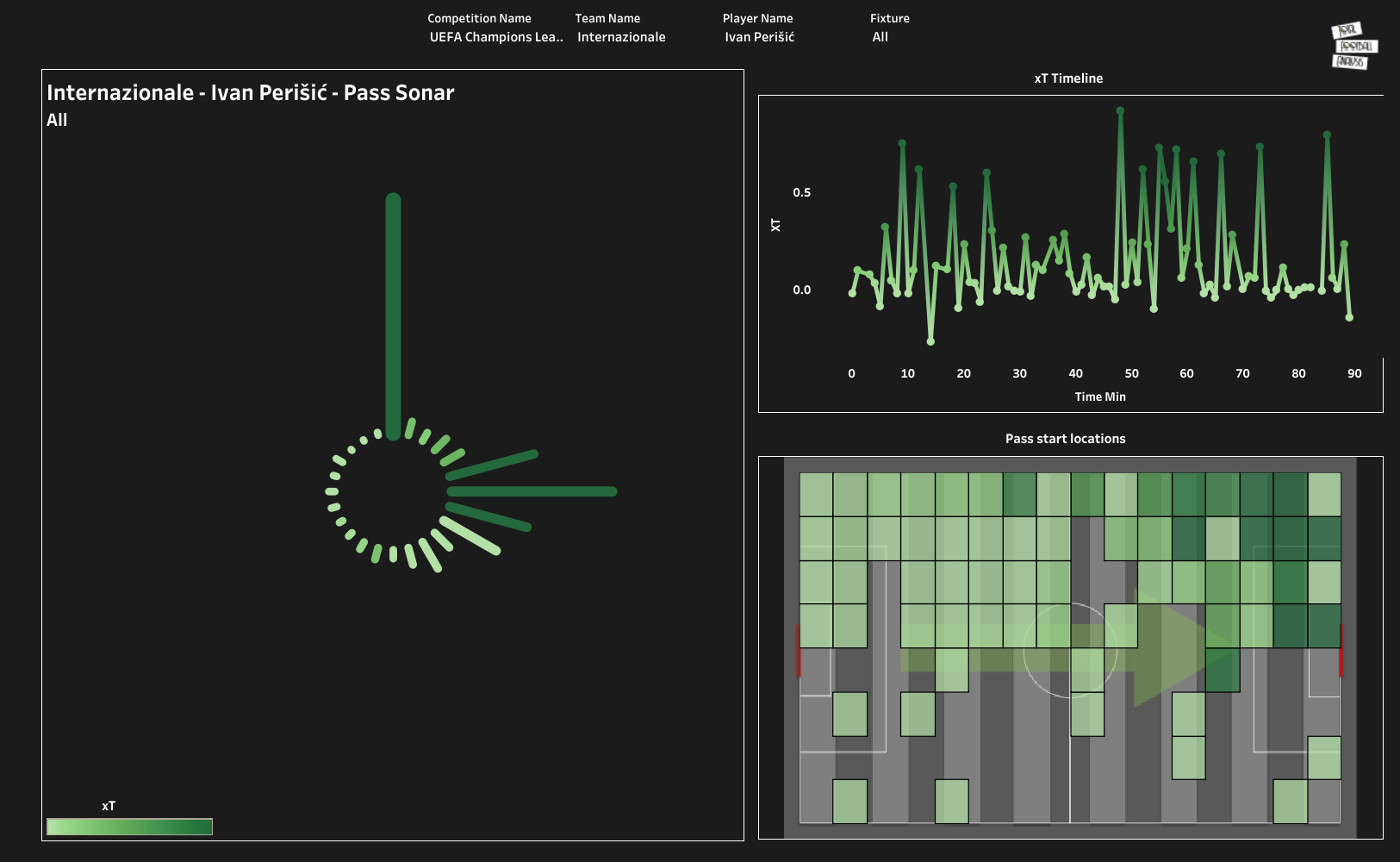 Seen in the above visual is the xT timeline, xT map and pass sonar of Ivan Perisic in the 2021-22 UEFA Champions League for Inter Milan. Perisic has regularly managed to generate an xT score of 0.5 or higher from the left-hand side of the pitch. His 16 passes and 13 carries into the opponents’ penalty area produced significant threats.

Ivan Perisic may have had a subpar UEFA Champions League campaign as far as goalscoring is concerned. But at Tottenham Hotspur, the goalscoring burden will be taken off him, thanks to the presence of Harry Kane and Son Heung-Min. Domestically, Perisic was very influential in helping Inter Milan challenge AC Milan until the last matchday of the season as he registered 14 goals and assists combined.

The post Under the microscope: Ivan Perisic reuniting with Antonio Conte at Tottenham Hotspur appeared first on Football analysis, news, betting and opinion from Spurs.