Over the last five seasons or so, Trent Alexander-Arnold has enjoyed a tremendous rise from being a backup to Nathaniel Clyne to being the best and most valuable right-back in the world. He has, in many ways, become the primary chance creator for Liverpool. As an attacking full-back, he is one of the best in the business. However, his defensive abilities and stats have been questioned by critics to this very day. This leads to the question, is Alexander-Arnold better off as a wing-back rather than a full-back? 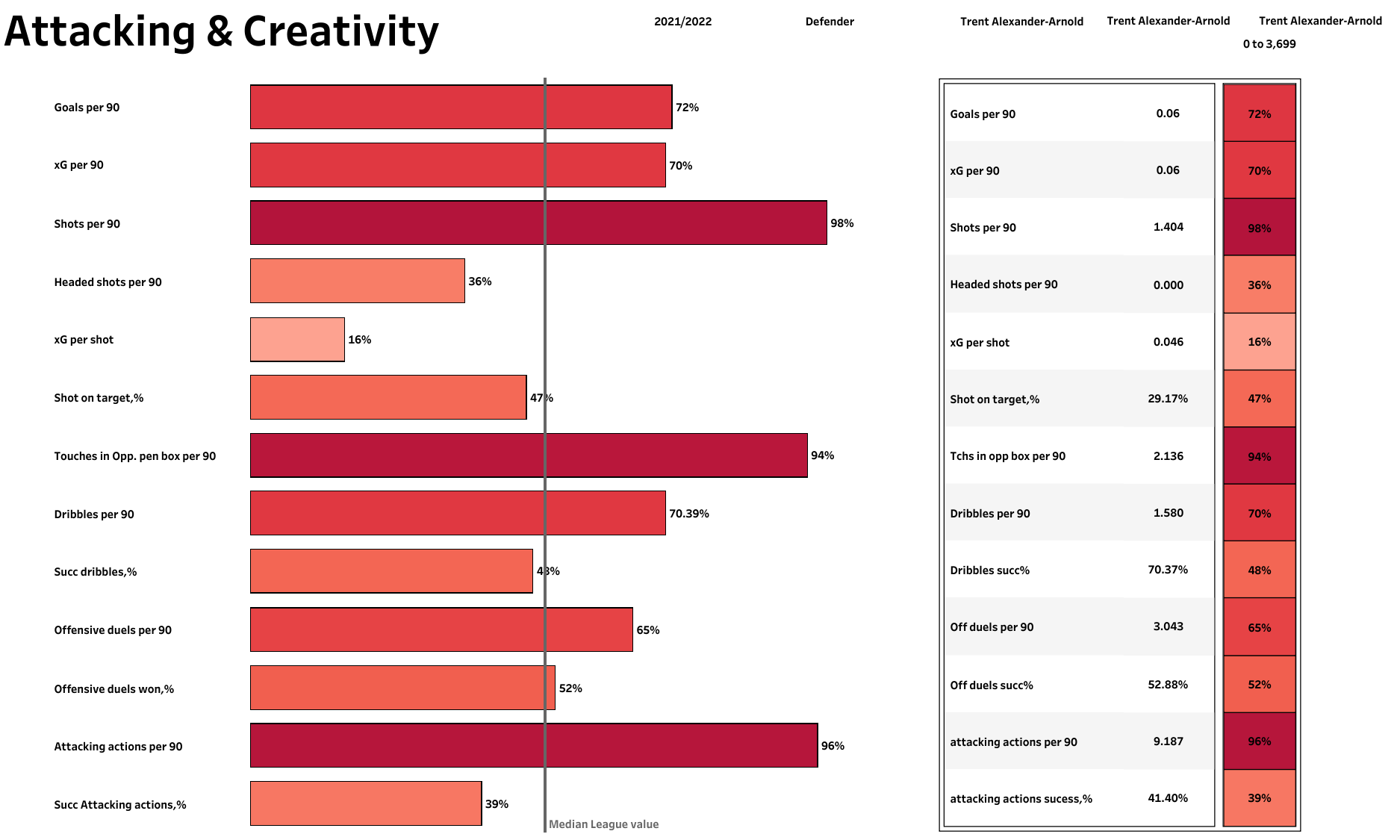 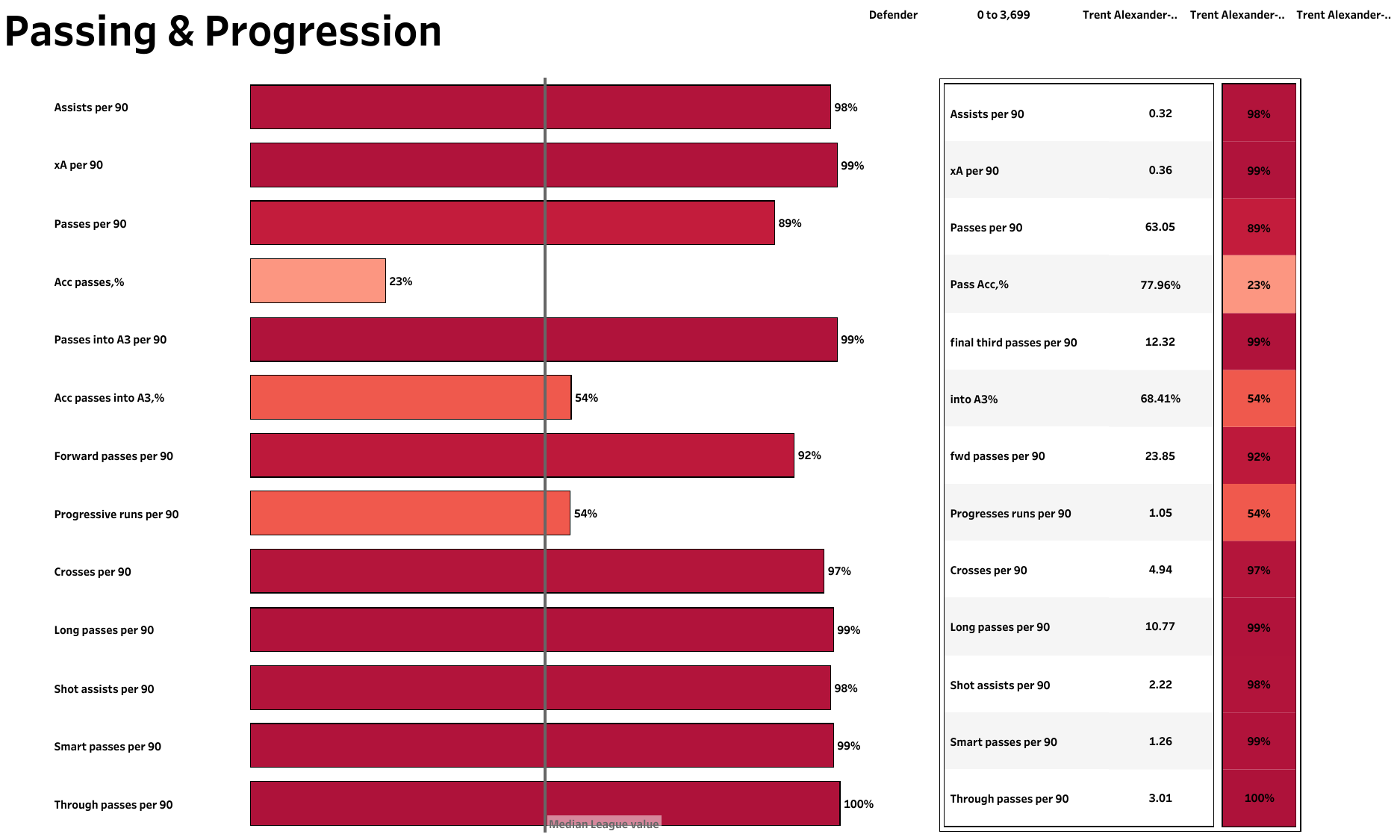 In addition to his two goals, Alexander-Arnold provided 12 assists in the league, second in the Liverpool squad and in the league only to Mohamed Salah. He provided assists at a rate of 0.32 per 90. He attempted more than 63 passes per 90, though his pass accuracy of just below 78% ranked him in the bottom quartile. The Englishman had more than 12 pass attempts into the final third per 90. With nearly five crosses per 90, he was placed in the top 6% among defenders. He also ranked in the 98th percentiles or higher in long passes per 90, shot assists per 90, smart passes per 90 and through balls per 90. 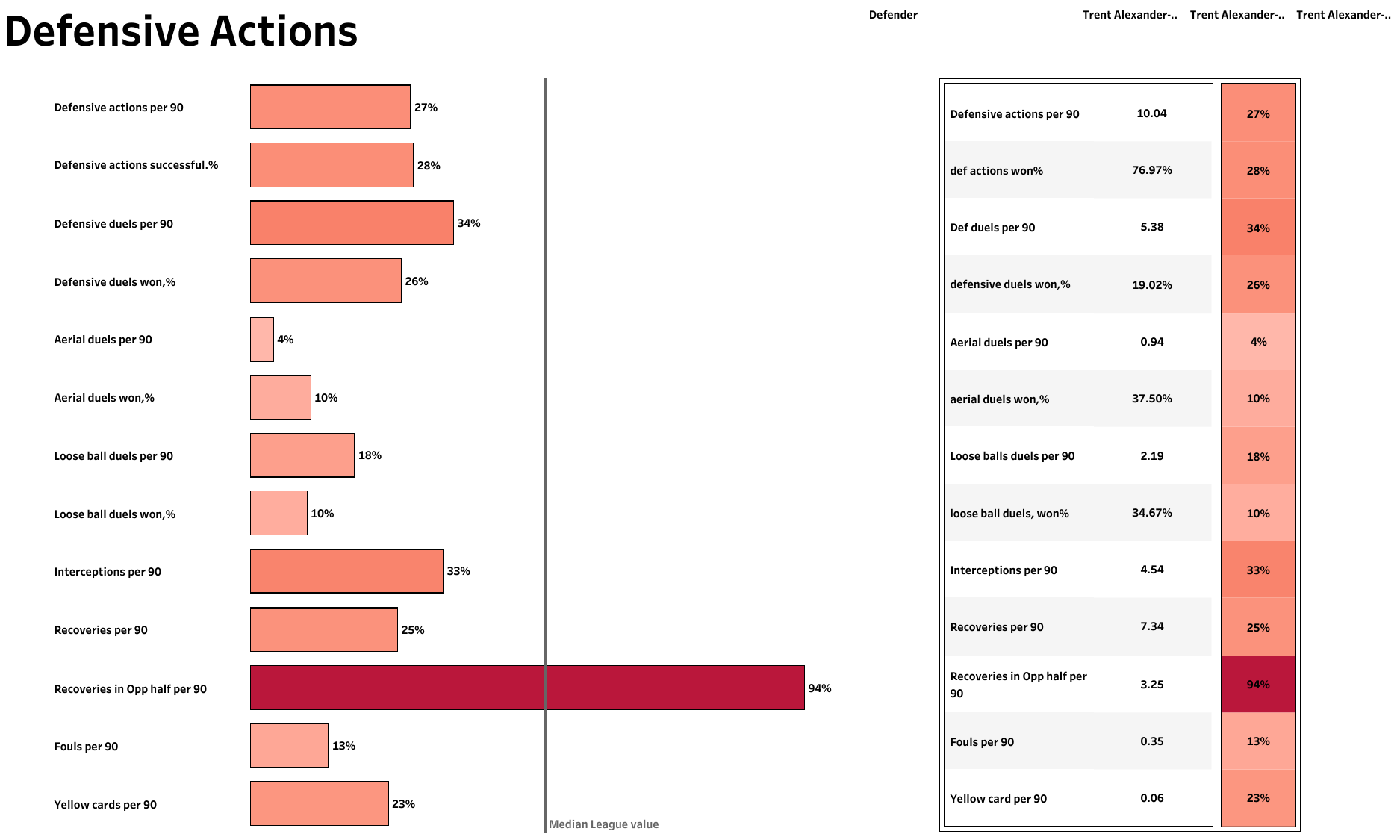 For all his attacking threat and playmaking abilities, Alexander-Arnold does lack defensive ability, as shown above. The Englishman ranks in the 94th percentile for recoveries in the opposition’s half per 90, with 3.25 to his name. However, barring this category, he ranks near and in the bottom third among defenders in all other categories. 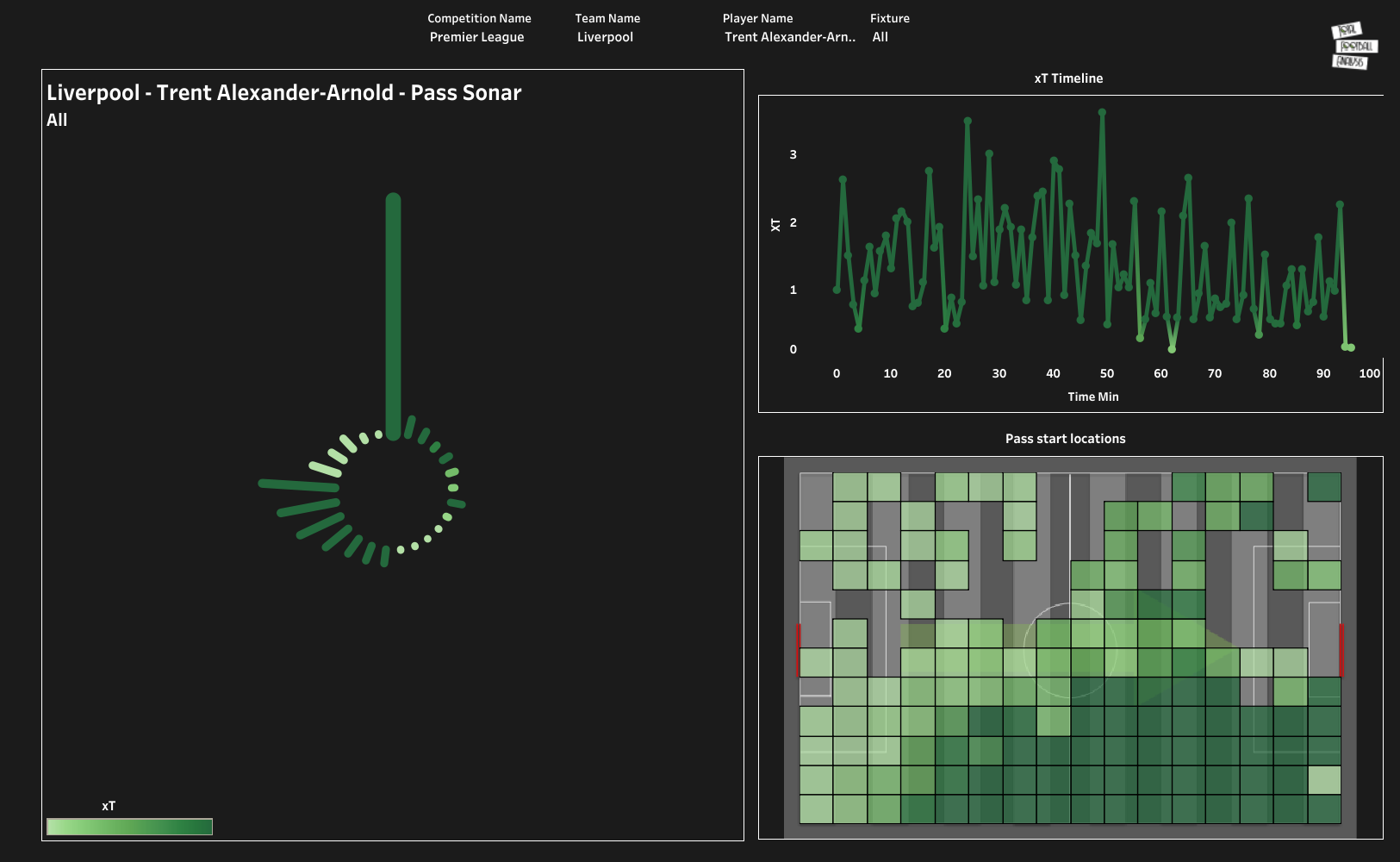 Despite his defensive deficiencies, Alexander-Arnold has managed to mask them through his sheer attacking threat and better defensive players in the Reds squad. Last season, he completed 8.77 progressive passes per 90, 7.29 balls into the final third per 90, 2.81 key passes and passes into the penalty box each. He also completed 4.92 progressive carries per 90 and 2.08 carries into the attacking third per 90.

Long story short, Trent Alexander-Arnold should be given a try as a wing-back by Jurgen Klopp, at least for a few matches this season. This might mean shifting from a back four to a back three formation.

The post Under the microscope: Is Trent Alexander-Arnold better off as a wingback at Liverpool? appeared first on Football analysis, news, betting and opinion from Liverpool.