Oleksandr Zinchenko was announced as the second signing from Manchester City by Arsenal in the English Premier League. Mikel Arteta was keen on signing the versatile full-back. The 25-year-old Ukraine international was used as a left-back by Pep Guardiola at City, but the player features regularly as a central midfielder for his country. Arsenal already had one of the top-rated left-back in their ranks in the form of Kieran Tierney. However, injuries have been one of the biggest concerns for the Scottish international, and he missed a major part of the last season. Arsenal are also planning to send their second-choice left-back, Nuno Tavares, on a loan spell. This means that Arteta will be left with two left-back options, with one being Zinchenko.

Arsenal have spent a heavy amount on Zinchenko, knowing the quality that Tierney provides on that particular side. Arteta’s signing of Zinchenko indicates that he might use him as a central midfielder. Arsenal have failed to land any of the midfield targets, with Youri Tielemans being their top pick. They are trying to negotiate with Leicester City, but the deal is yet to be finalised. With Zinchenko in the team, Arteta has another midfield option. Some of the stats from the previous season show why he is suitable for a midfield role for the North London club.

Last season, Zinchenko made 15 appearances in the English Premier League for Manchester City. He won his fourth league title with the club. The above viz shows the passing stats of the player with the percentile rank in comparison to the other defenders. When looking at the above chart, the general rule is that the longer the bar, the better the performance — you can see the league average in the middle, and the % is the percentile rank the player is in. We can observe that the defender had a high percentile rank when compared to the other defenders. He attempted 11.33 passes into the attacking third per 90 minutes and provided four assists in the season.

The above viz shows all the passes that Zinchenko successfully delivered. We can observe that the Ukrainian tried to find his teammates inside the opposition’s penalty box on different occasions, and this was the reason why he can be considered as a useful option in the midfield. 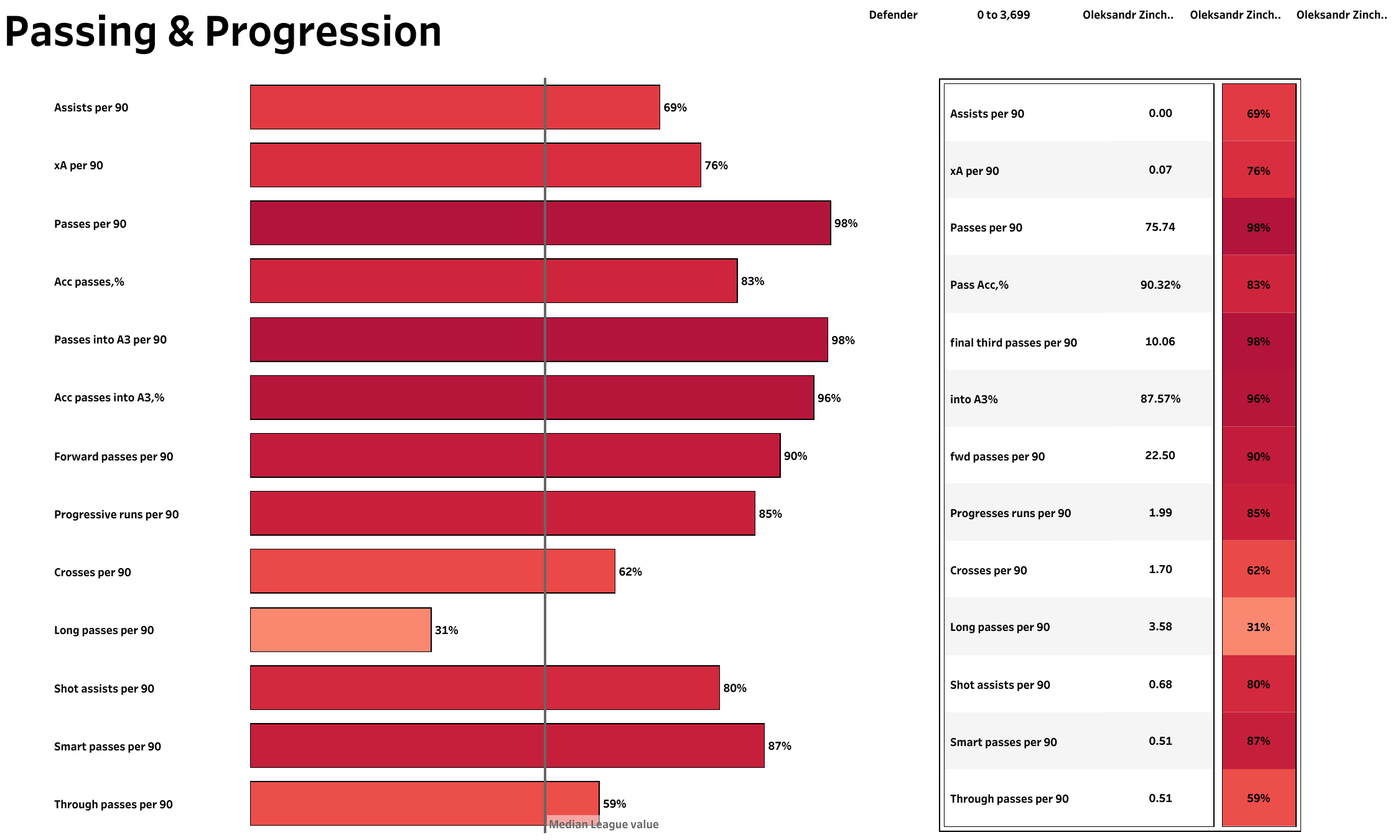 When looking at the stats from the 2020/21 season, we can observe that the player had quite similar stats. Zinchenko made 20 appearances in the league during that time but was unable to provide an assist. He showed some improvements in one or two areas, and that shows his consistency at the top level. 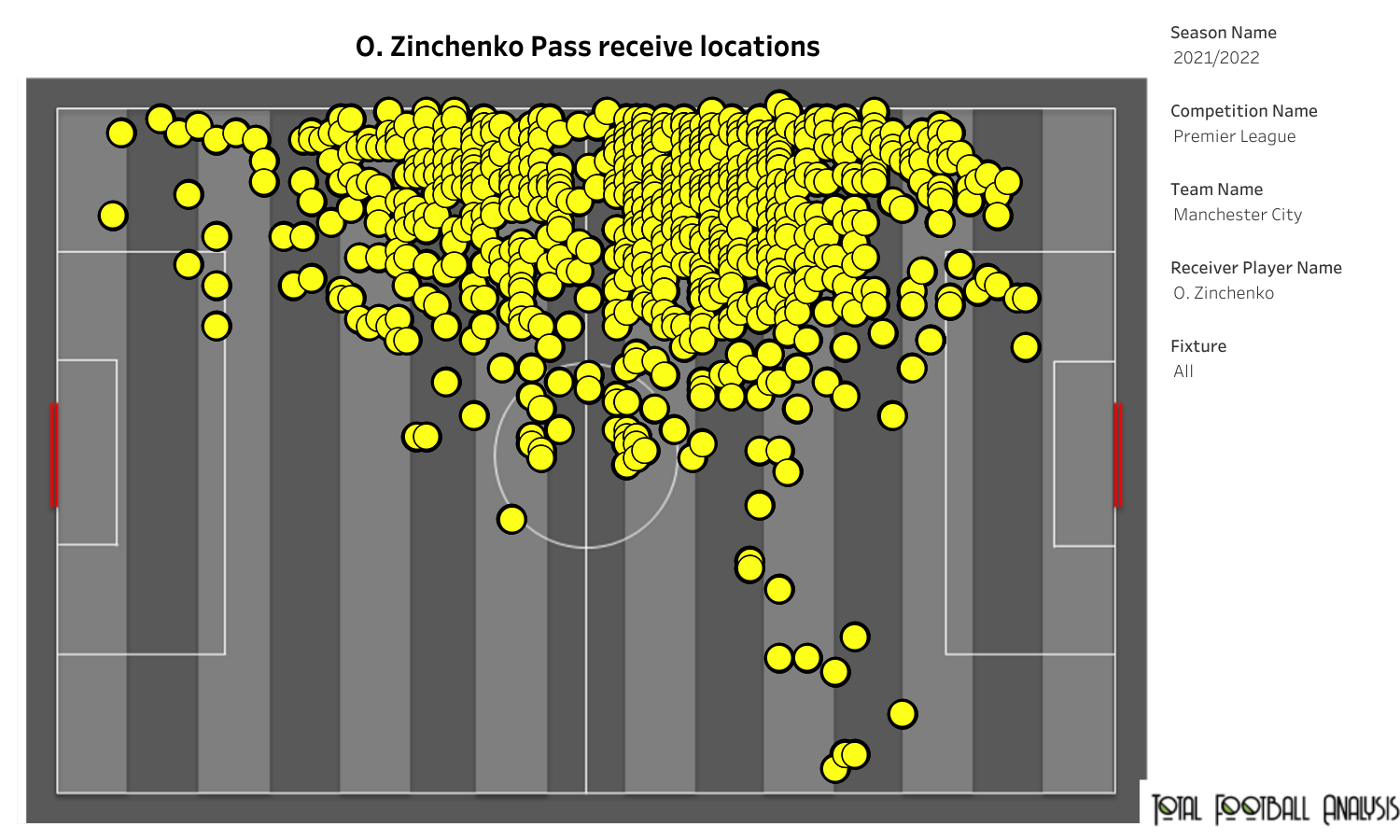 Due to Zinchenko’s confidence on the ball, he was involved in plays. The above viz shows the full-back’s pass receiving locations. He took some positions in the centre and allowed the winger to operate widely. Instead of overlapping, he held his runs and made himself an option to receive the pass.

These stats show Zinchenko’s passing abilities and the reason why he could be used in the midfield. He has over 50 caps for his country and has mostly featured in the midfield. The 25-year-old is a valuable addition to the Gunners’ side, and they will look to make full use of his abilities on the field.

The post Under the microscope: How Zinchenko’s versatility will add another midfield option for Mikel Arteta appeared first on Football analysis, news, betting and opinion from Arsenal.