Jurgen Klopp would have been one of the happiest managers going into the international break. Liverpool had a lot of injury issues at the start of the season. They were without some of the players who had featured often in the 2021/22 season. This unsettled the team and that led to poor results for the Reds. Now Liverpool have started to show their form from recent seasons. The German manager saw a few players return to the first team after recovering from their injuries, while others were expected to recover soon. The international break gave time to two of his big names, Jordan Henderson and Curtis Jones, to recover from their injuries.

Jordan Henderson started the season for Liverpool, but a hamstring injury has kept him out since August 31st. Curtis Jones, on the other hand, started the season on the treatment table and will be in line for action for the first time this season. These two were part of the Liverpool team that finished second in the English Premier League and runners-up in the UEFA Champions League last season. We now look at some of the stats of these players that show how they can boost Jurgen Klopp’s side in the remainder of the season. 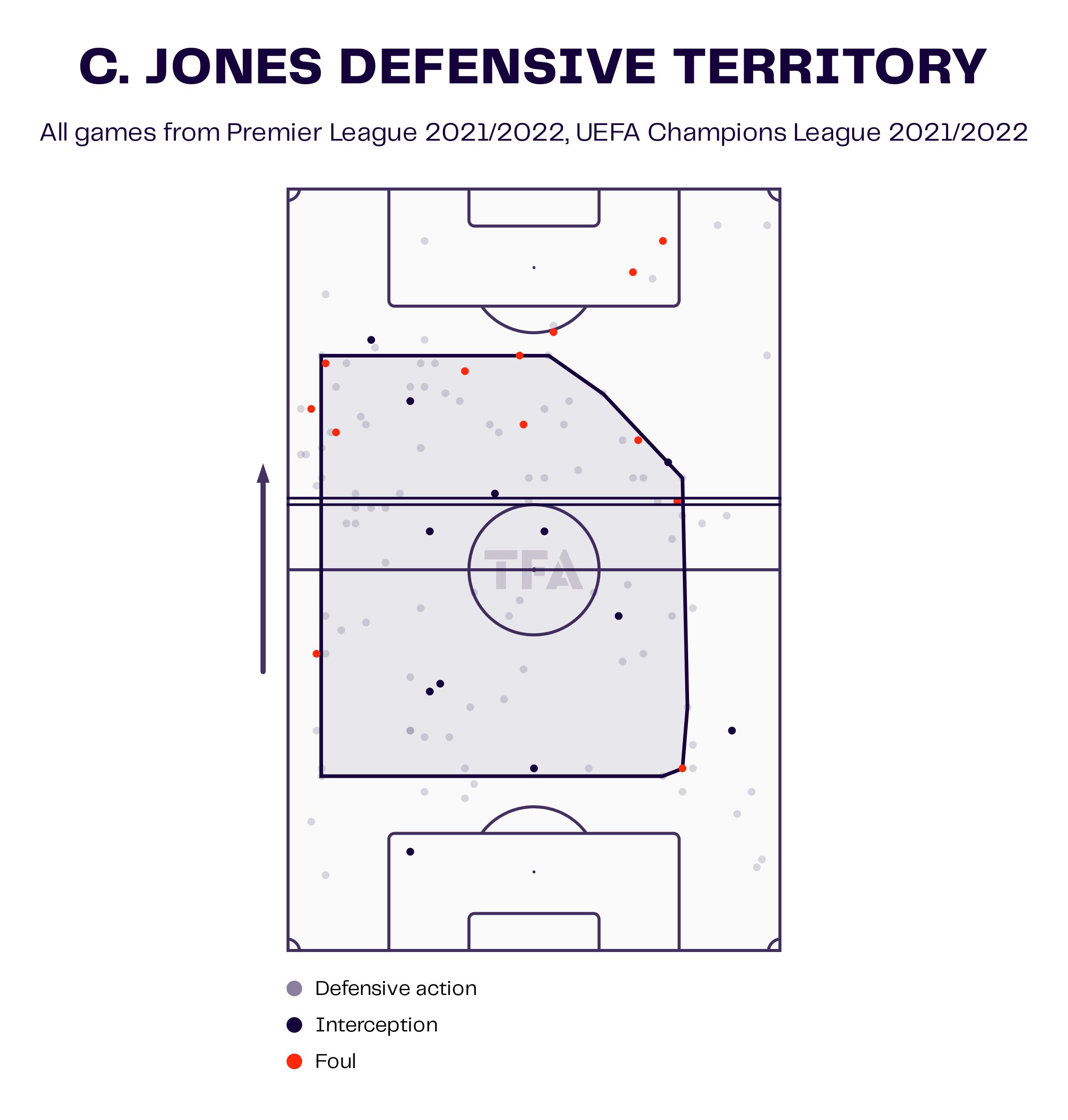 Curtis Jones made his league debut for Liverpool in 2018. The 21-year-old is one of the young prospects at Liverpool and has featured more regularly in the last two seasons. The midfielder plays on the left side of the midfield three. Curtis Jones likes to keep possession of the ball and can pass the ball to different areas of the pitch. He averaged 56.27 passes per 90 minutes and had a 92.7% accuracy rate. These passes included 5.7 passes to the final third and 2.58 to the penalty box. The defensive stats of the player show that he contests 18.68 duels per 90 minutes and wins around 51% of them. 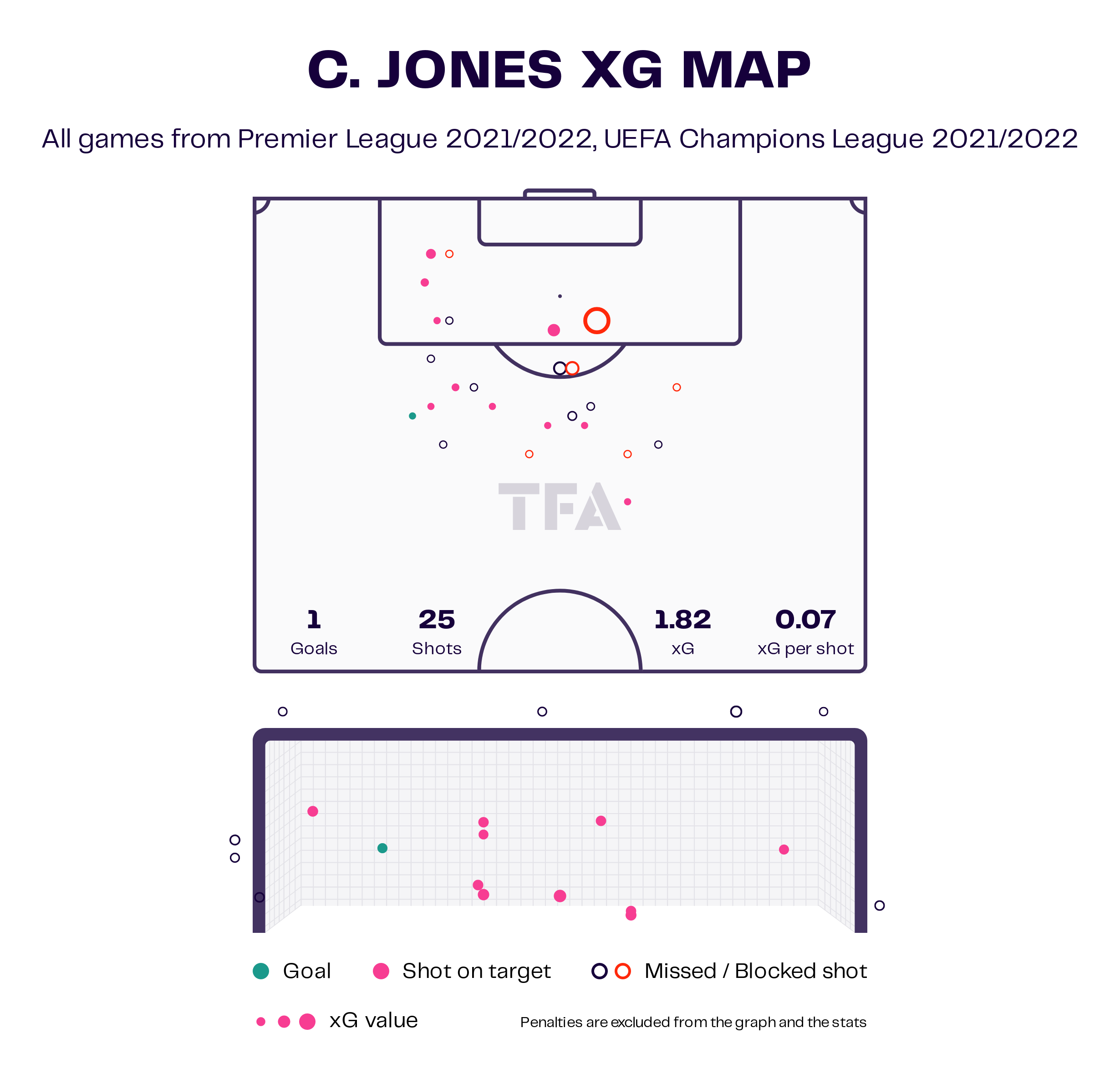 The midfielder is capable of netting a few goals. He averaged more than two shots per 90 minutes and managed to hit the target 44% of the time. Jones will be a key player on the left side of the midfield. 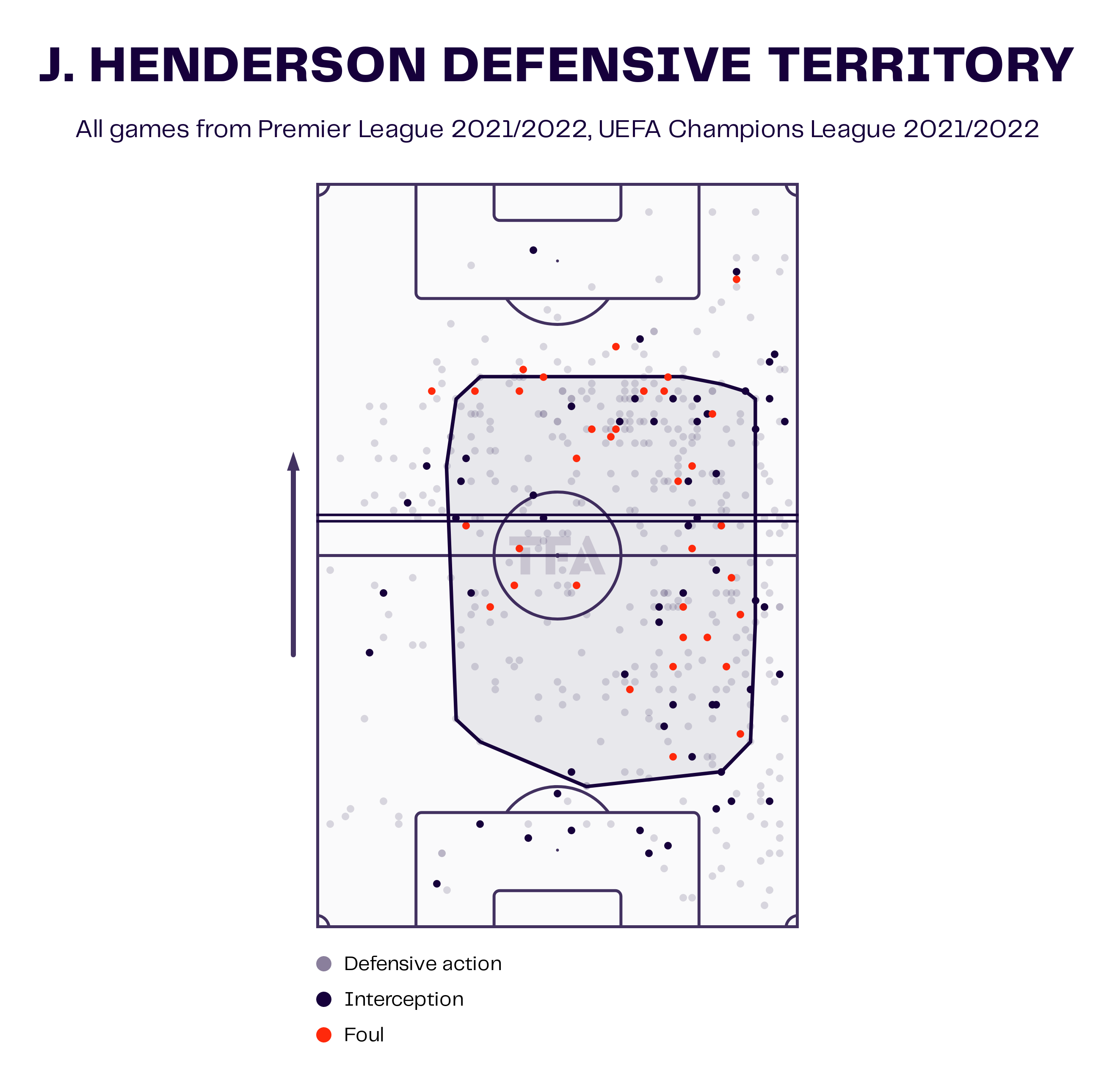 Jordan Henderson’s return will be the biggest boost for the German coach. The club captain has stabilised the midfield in recent years with his ball recovery skills. The 32-year-old plays on the right side of the midfield three and is present everywhere on the field. This season, he has already made five appearances for his side. The Liverpool captain was ever-present in the midfield last season and made some crucial interceptions (as shown in the above viz) to clear the danger for his team. 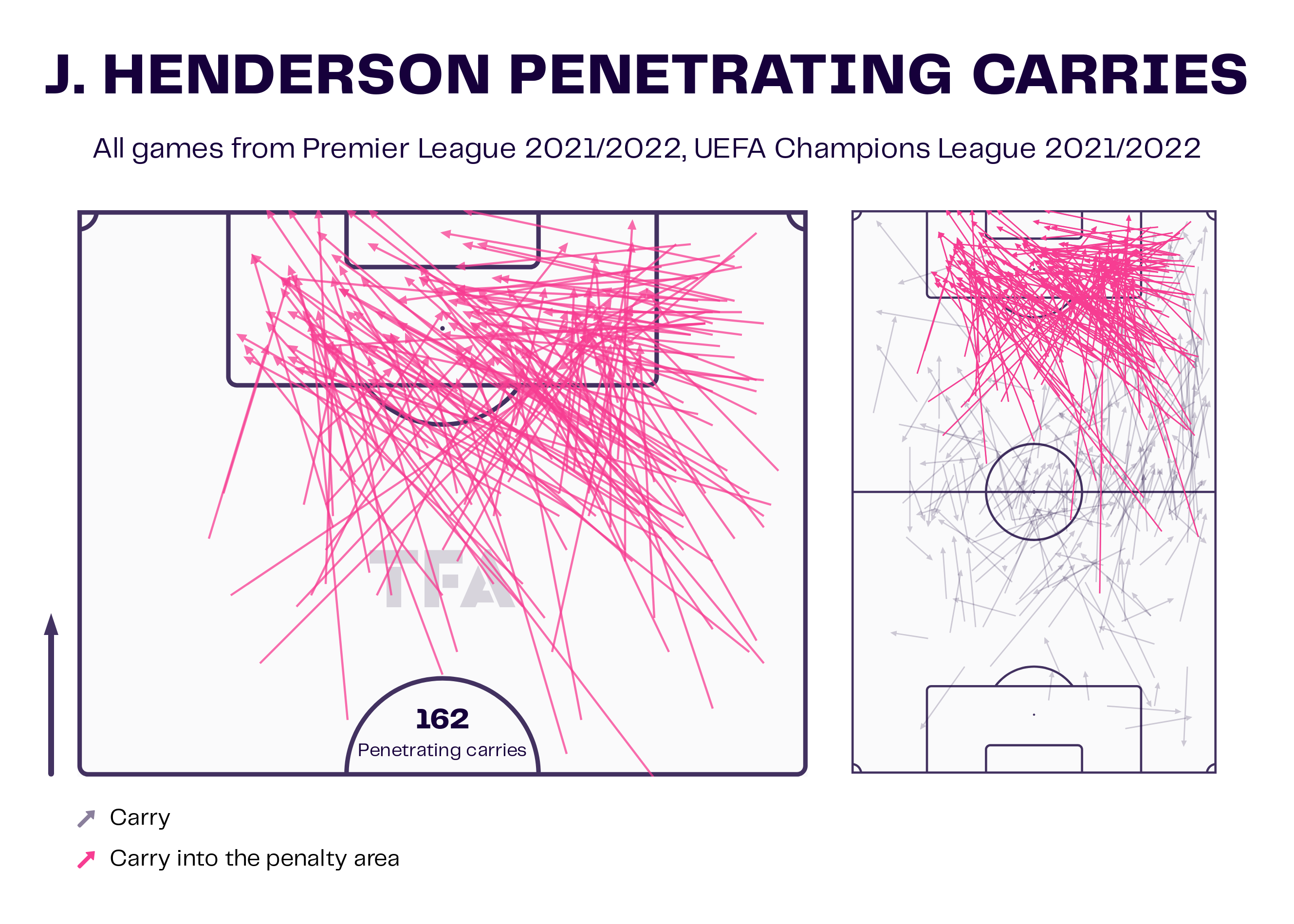 Jordan Henderson’s ability to run box-to-box allows him to carry the ball and penetrate the penalty box. Last season, he carried 162 balls into the penalty area in 2,781 minutes. This season, the player has carried the ball 20 times in 338 minutes. Jordan Henderson has shown consistency and these runs can lead to a goalscoring opportunity for the team. 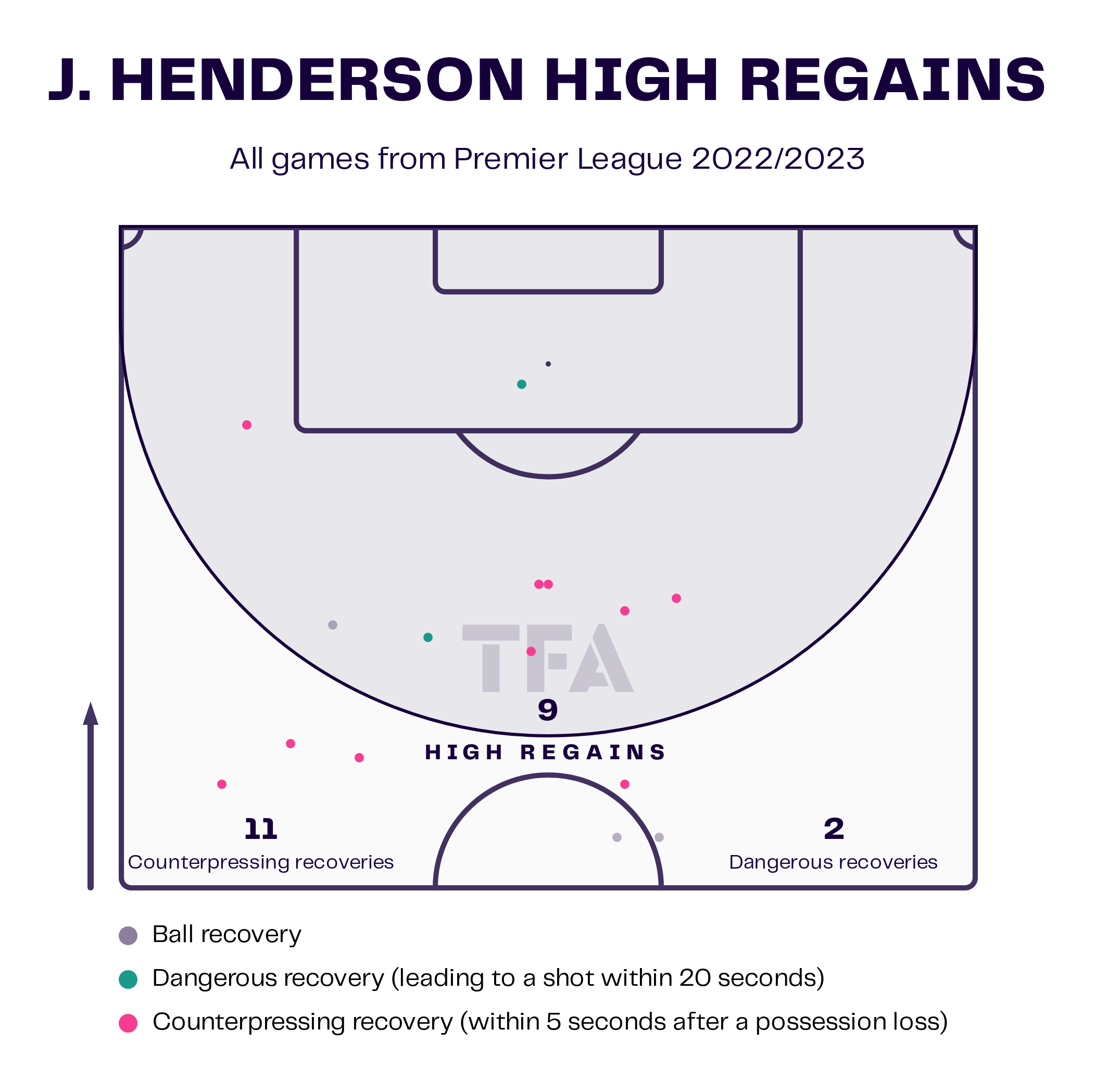 Jordan Henderson is likely to return to first-team action and will be ready to replace Harvey Elliott. Curtis Jones will be eager to get back to action and will be a backup for Thiago. Both players need to stay at the top of their game and earn a few points for their team.

The post Under the microscope: How will Henderson and Curtis Jones boost Liverpool’s midfield when they return? appeared first on Football analysis, news, betting and opinion from Liverpool.