Manchester City haven’t started the English Premier League season as they expected. The defending champions have made an unbeaten start but have drawn two matches against the likes of Newcastle United and Aston Villa. Manchester City were unable to close the game against these opponents. One of the reasons behind these disappointing results is the form of a few first-team players. Riyad Mahrez is one of the players who is yet to kickstart his season. The Algerian hasn’t found his touch and that has cost him a place in the starting 11. We now look at some of the stats that show why Riyad Mahrez is getting benched for Manchester City. 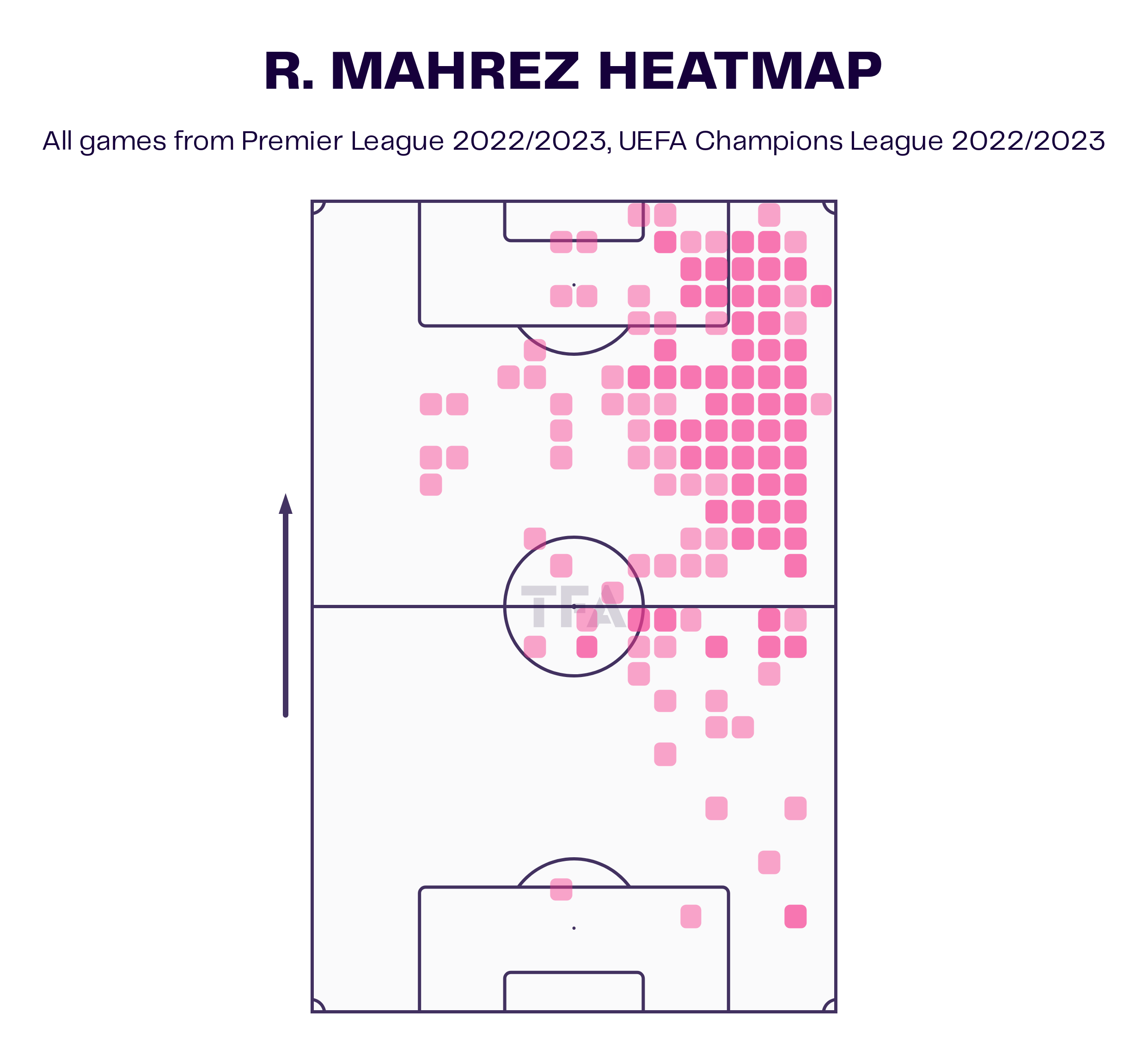 Riyad Madrez plays on the right wing. He has made six appearances for City this season and spent 245 minutes on the pitch. The Algerian has started in two matches and come off the bench in the other four. Riyad Mahrez is yet to register his name on the scoresheet and has no assists to his name this season. 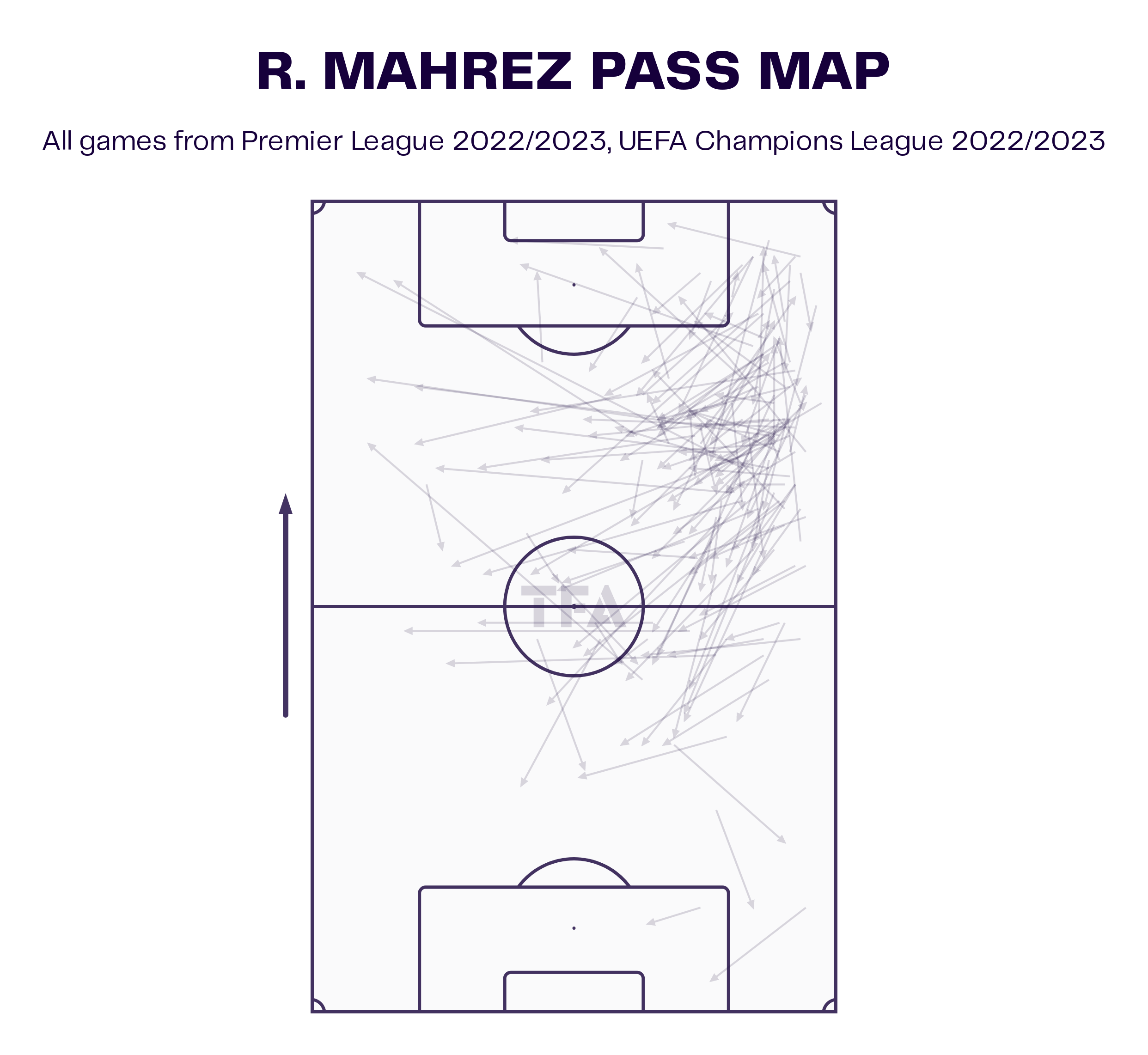 Riyad Mahrez is a skilful winger who has an unbelievable first touch. His passing abilities allow him to set up goals for his teammates. This season, there have been a few changes that could be observed in Mahrez’s game style. The 31-year-old has kept the ball for longer periods. Last season he averaged 43.4 passes per 90 minutes and this season the average has gone up to 60.6 passes. These additional passes haven’t been productive passes. There is a significant increase in the number of back passes from 11.75 to 18. This shows that Mahrez has had the greater share of the ball but has lacked creativity sometimes on the field. 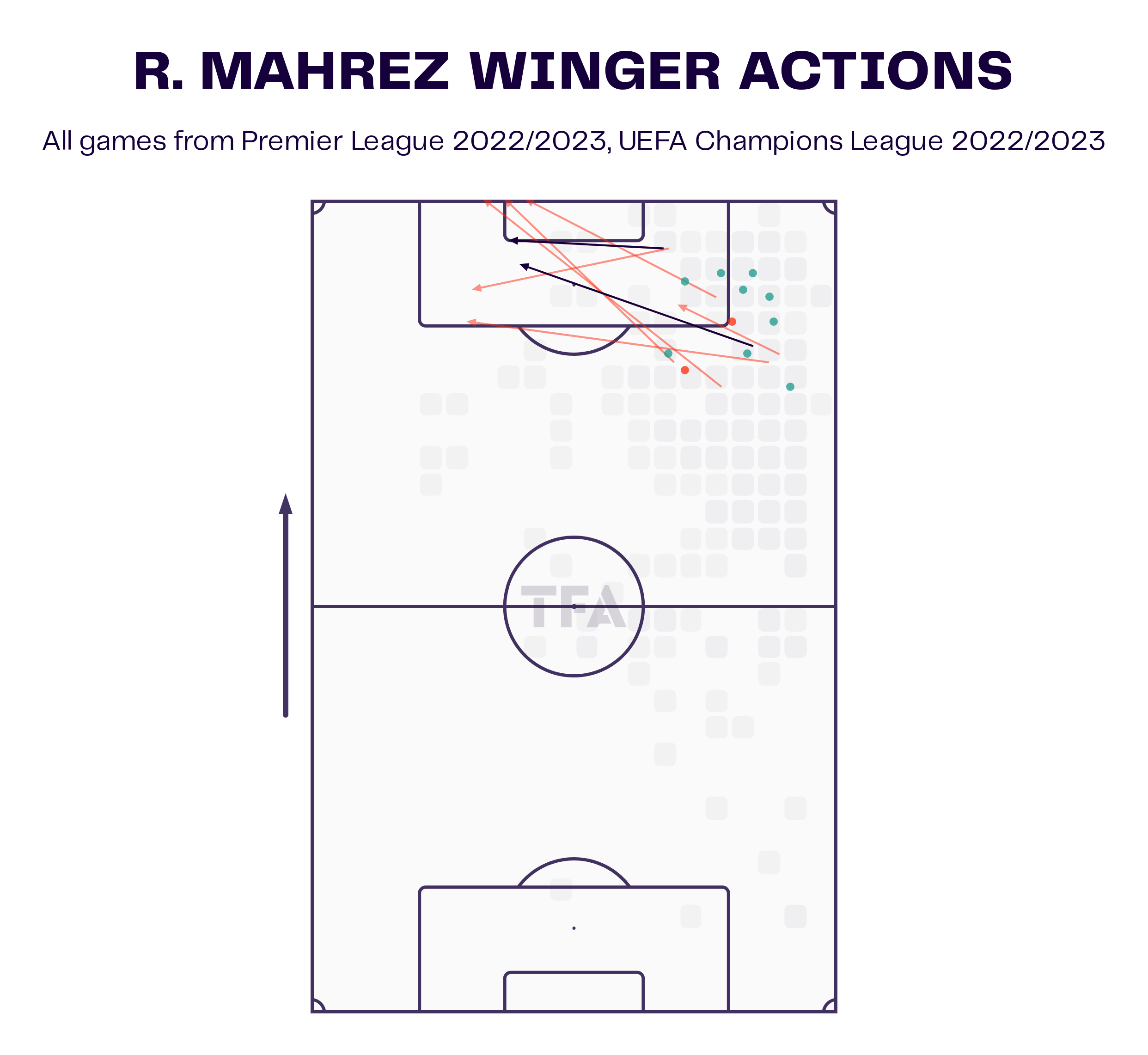 The above viz shows the dribbles and crosses that have been provided by Mahrez this season. The green dots show successful dribbles and the black arrows show successful crosses. We can observe that Mahrez has made full use of his dribbling skills to get past the defenders, but has failed to deliver that final pass into the dangerous areas. Most of his crosses have been easily dealt with by the defence. 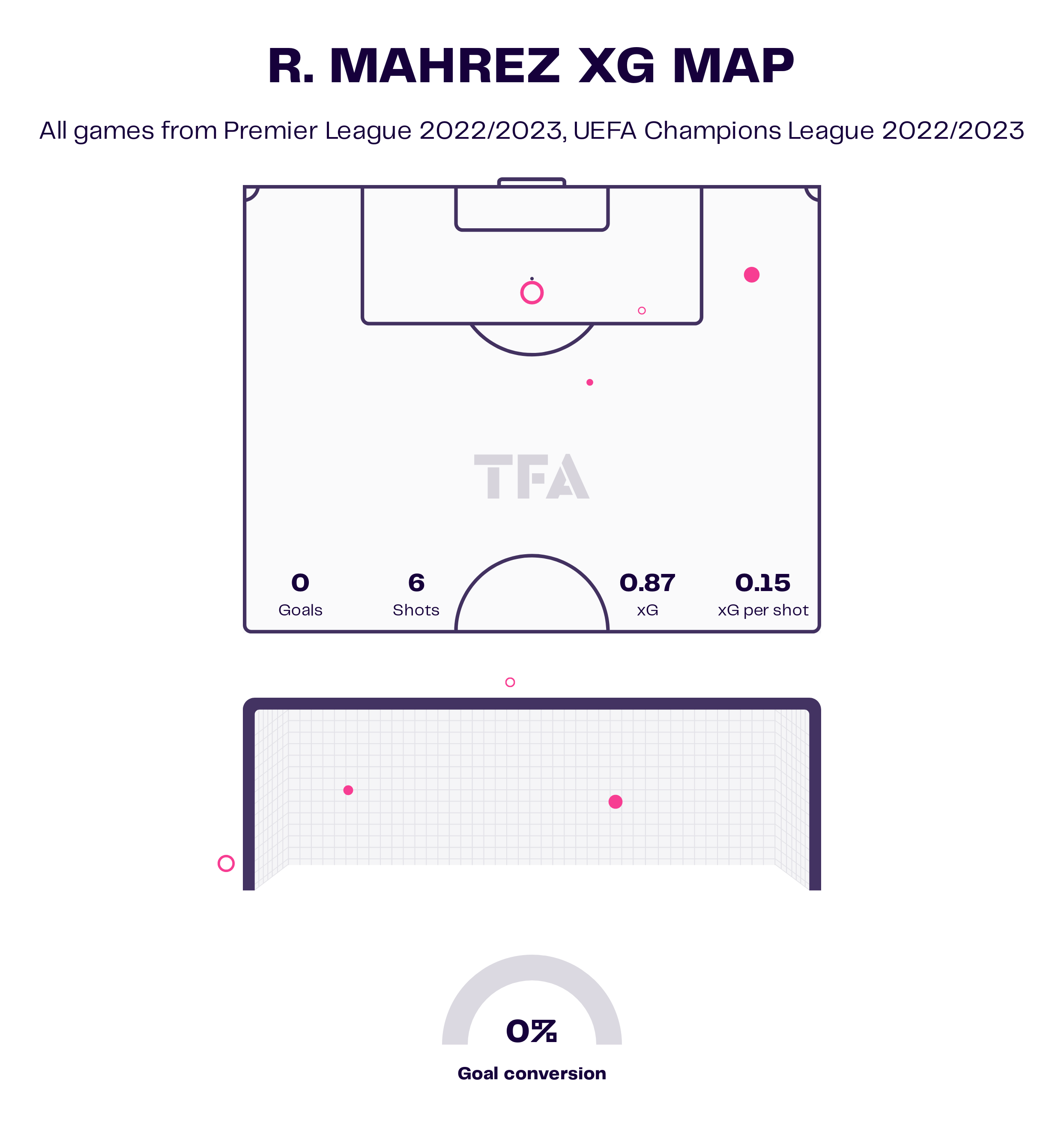 Another area of concern for the player is his struggles to find the back of the net. Riyad Mahrez scored 18 goals combined in the English Premier League and UEFA Champions League last season. This season, he has struggled to open his account. This is mainly due to the decrease in the number of shots attempted. Riyad Mahrez averaged 3.15 shots per 90 minutes last season. This season, the average has gone down to 2.2 shots per 90 minutes, and there has also been a decrease in shot accuracy rate. The above viz shows that Mahrez hasn’t found a lot of space inside the opposition’s penalty box and both the shots on target have been attempted from outside the penalty box.

Riyad Mahrez will look to provide more goalscoring contributions in the upcoming matches. He is a skilful winger and can produce moments of magic to win a match for his club. The Algerian will look to improve his form and give a selection headache to the manager.

The post Under the microscope: How this attacker’s form has cost him a place in City’s EPL starting 11 appeared first on Football analysis, news, betting and opinion from Man City.