Arsenal were trying to sign a midfielder in the recently concluded transfer window. They had their eyes set on Leicester City’s Youri Tielemans, but the negotiations didn’t go the way they wanted them to and they had to settle without signing a midfielder. Mikel Arteta started Granit Xhaka and Thomas Partey as his first choices in midfield. Mohamed Elneny was on the branch alongside a Belgian, Albert Sambi Lokonga. Injuries to Partey and Elneny have kept them out of the treatment table. This has given opportunities to players like Albert Sambi Lokonga, who was signed from Anderlecht last season. The 22-year-old failed to make his mark in his first season at the club. However, he has returned strongly and is turning out to be one of the key figures in the Gunners’ midfield. It is becoming difficult for some players to adjust to the pace in the English Premier League, and Sambi Lokonga is slowly finding his feat in the English top division.

The 22-year-old has made four appearances in the English Premier League 2022/23. He came off the bench in two matches and spent only eight minutes on the pitch. In the other two matches, Lokonga has made a start and spent 173 minutes on the field. He plays on the right side of the midfield two and has a more defensive role in the team. 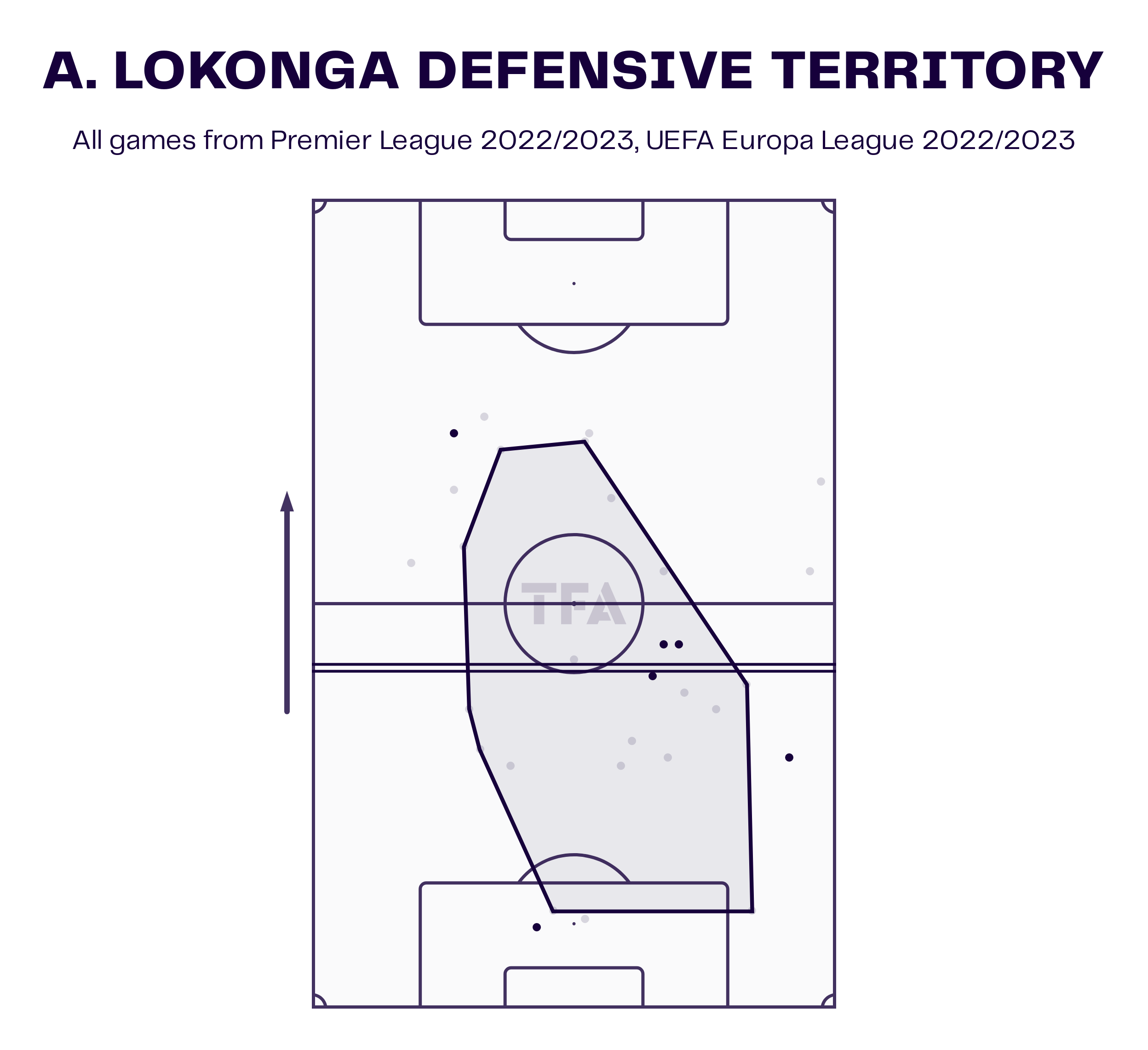 The 22-year-old provides defensive cover in the midfield with his main focus on the right side. Lokonga has won 66.67% of his aerial and loose ball duels. He is yet to contest a defensive duel. The dots in the above viz show the interceptions made by Lokonga this season. Most of them have been made high up on the pitch, and that allows Arsenal to break the attack. Albert Sambi Lokonga provides stability to the defence. 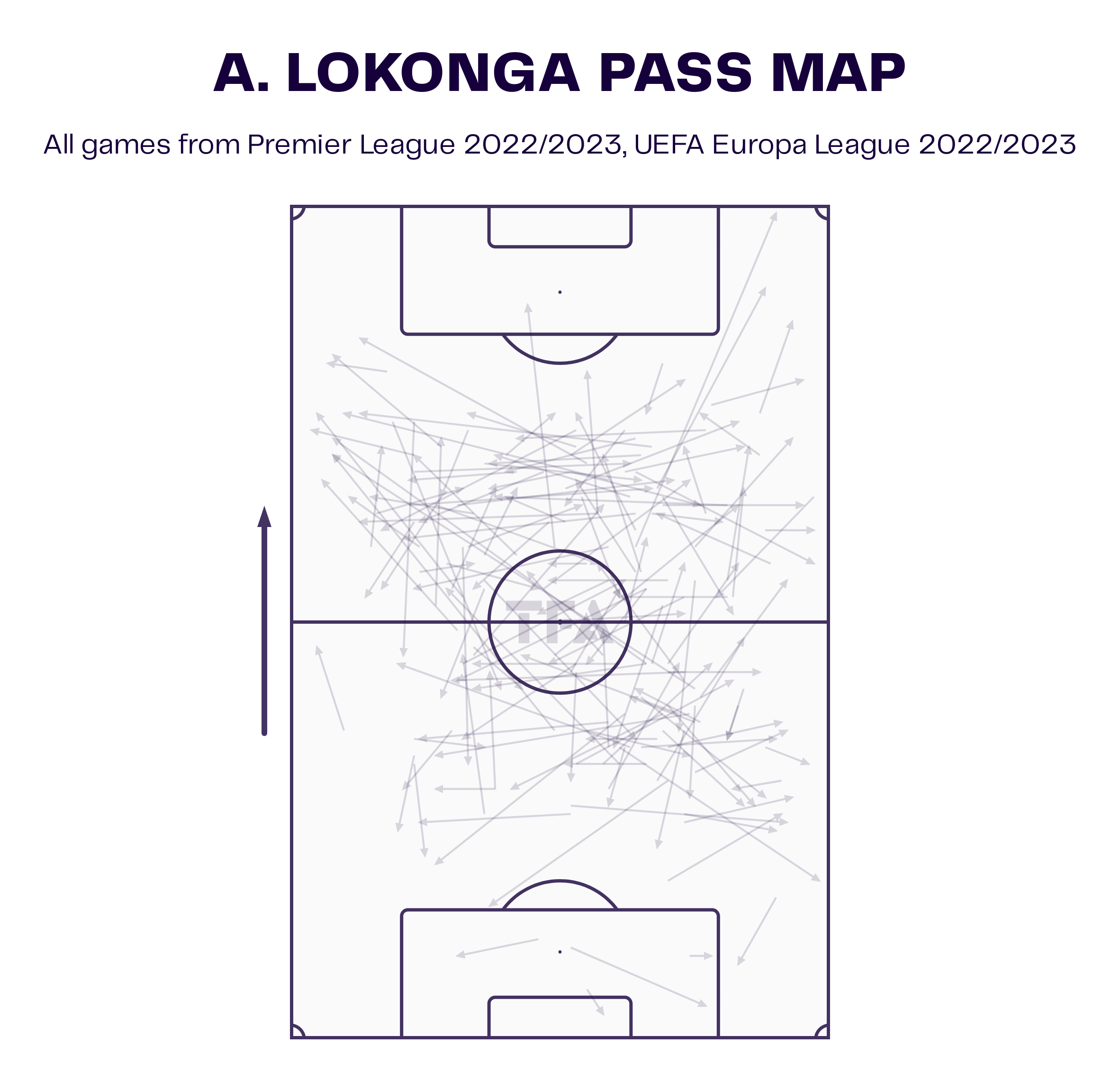 The midfielder will look to add more to his defensive game and chip in with a few goals and assists. Sambi Lokonga’s main goal in the team is to regain the ball and keep the ball possession. He averages 47.73 passes per 90 minutes with a 93.8% passing accuracy rate. These include around seven passes to the final third per 90 minutes. Lokonga is getting more confident on the ball and possesses a high accuracy rate. He will look to find space in the opposition defence and try to break them in the coming matches.

Albert Sambi Lokonga is starting to find his touch in the English Premier League. He is a young midfielder who has got time to establish a place in Arsenal’s starting 11. Lokonga could also turn out to be a bargain for the Gunners. He has played well in an injury-hit Arsenal midfield and will hope to get more opportunities in the campaign.

The post Under the microscope: How Sambi Lokonga has been crucial appeared first on Football analysis, news, betting and opinion from Arsenal.