Arsenal have made a positive start to the English Premier League season as well as to their UEFA Europa League campaign. The Gunners won five of their six matches in the league and won their opening fixture in the Europa League. Mikel Arteta has a young side and the players have started to settle under him. His players have performed well and have impressed everyone with their displays on the pitch. One such player is Brazilian forward Gabriel Martinelli. The 21-year-old has cemented his place on the left side, and that has limited Emile Smith-Rowe’s gametime on the pitch. Martinelli is finally starting to settle and become a regular for the Gunners. We now look at some of his stats that show how he has earned his place in the starting 11 this season. 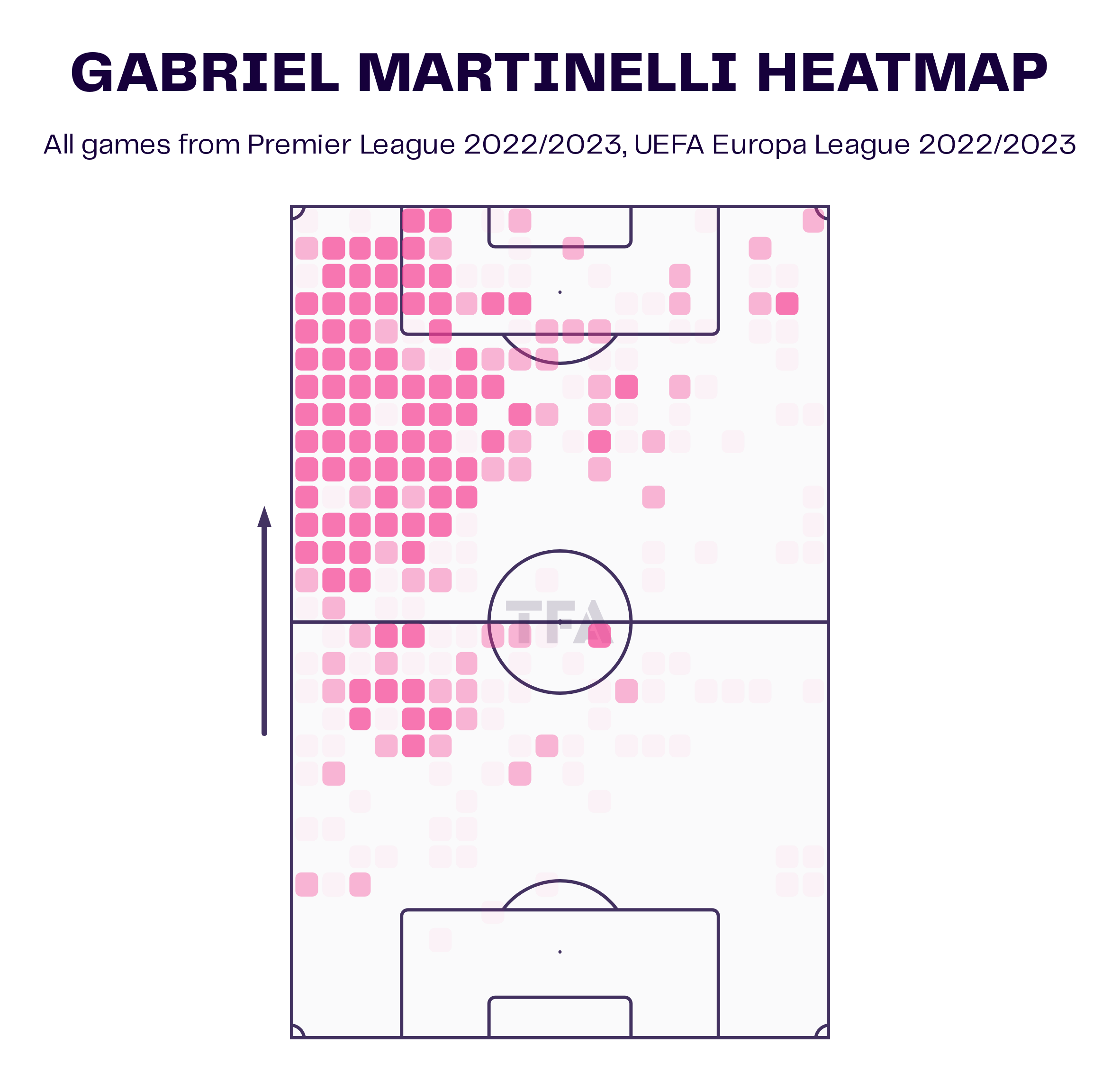 Gabriel Martinelli is a left winger who can also play the number nine role. He has made seven appearances for Arsenal in all competitions this season and has spent 662 minutes on the field. Martinelli has netted three goals and has already reached the halfway stage of his last season’s goal-scoring tally. The above heatmap shows that Martinelli has often penetrated the opposition’s penalty area and averages 5.85 touches in the penalty box per 90 minutes. 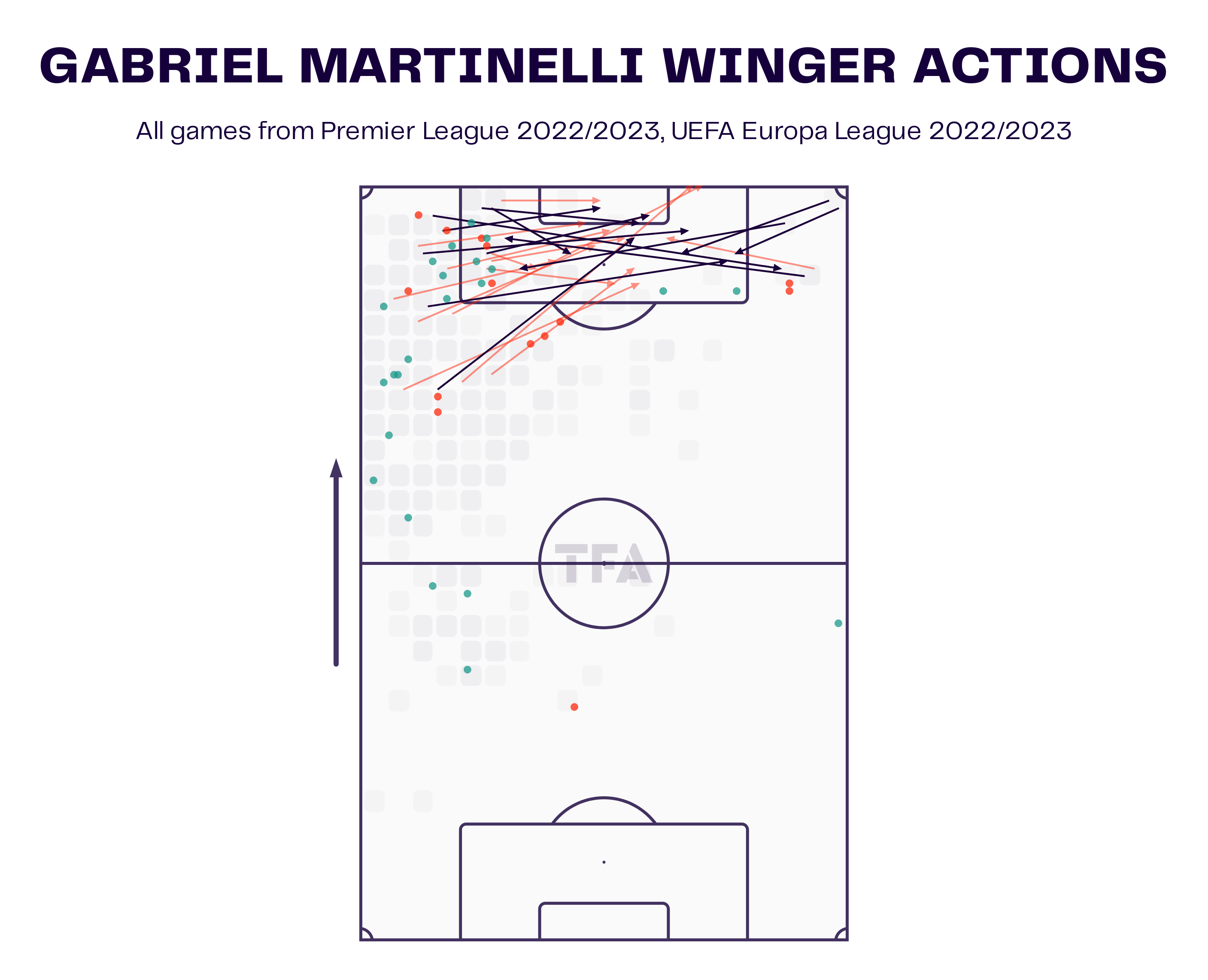 Gabriel Martinelli is becoming more involved in offensive plays. He is making more contributions than last year. In the last season, Martinelli wasted a few opportunities in his search for goals. This season, he has tried to link more plays and has proven to be a threat on the left side. In the above viz, the green dots are the successful dribbles and the black arrows are the successful crosses. We can observe that Martinelli has dribbled past the opponents on a few occasions and has also delivered some crosses into the opposition penalty box. This has created chances for his teammates. Martinelli will look for more such actions and hope that his crosses are converted into a goal. 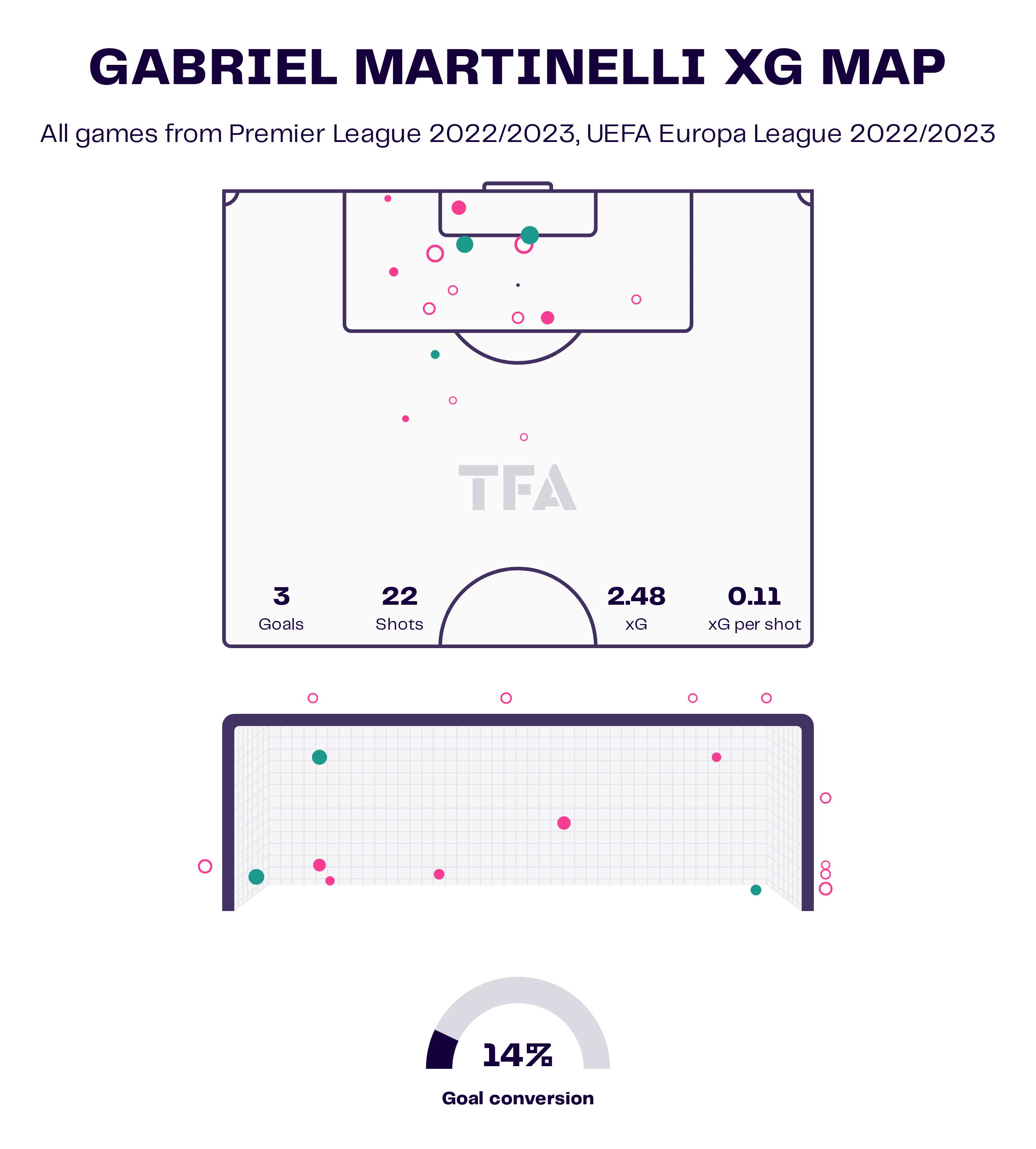 The forward has shown a lot of improvement in his goal-scoring game. Gabriel Martinelli has scored three goals, including a winner against Aston Villa. The player averages 2.99 shots per 90 minutes and has an accuracy rate of 36.4%. The above viz shows that Martinelli found space inside the opposition penalty box on occasions and converted two chances. Last season, Martinelli attempted most of the shots from outside of the penalty box and was off target on most of the occasions.

Gabriel Martinelli has shown maturity this season and that has been a positive for Arsenal. He has earned the trust of the manager and is likely to start on the left wing throughout the season. Martinelli is a big prospect at Arsenal, and if he continues to perform at a high level, the Gunners may struggle to keep him.

The post Under the microscope: How Martinelli has finally become trusted by Arteta appeared first on Football analysis, news, betting and opinion from Arsenal.