John Stones made a big money move from Everton to Manchester City in 2016. Since joining the club, the English defender has won four league titles and an FA Cup title. Despite having a lot of success, he is unable to cement his place in the starting 11. However, this season, a few injury issues at the back have given Stones the opportunity to show his worth. The 28-year-old has appeared in six of the seven English Premier League matches and helped City to make a comeback in their UEFA Champions League match against Borussia Dortmund. This early season form has earned John Stones an international call-up for the UEFA Nations League. We now look at some of the stats of the English defender that show how Stones has helped his side to make an unbeaten start in the league as well as in the UCL. 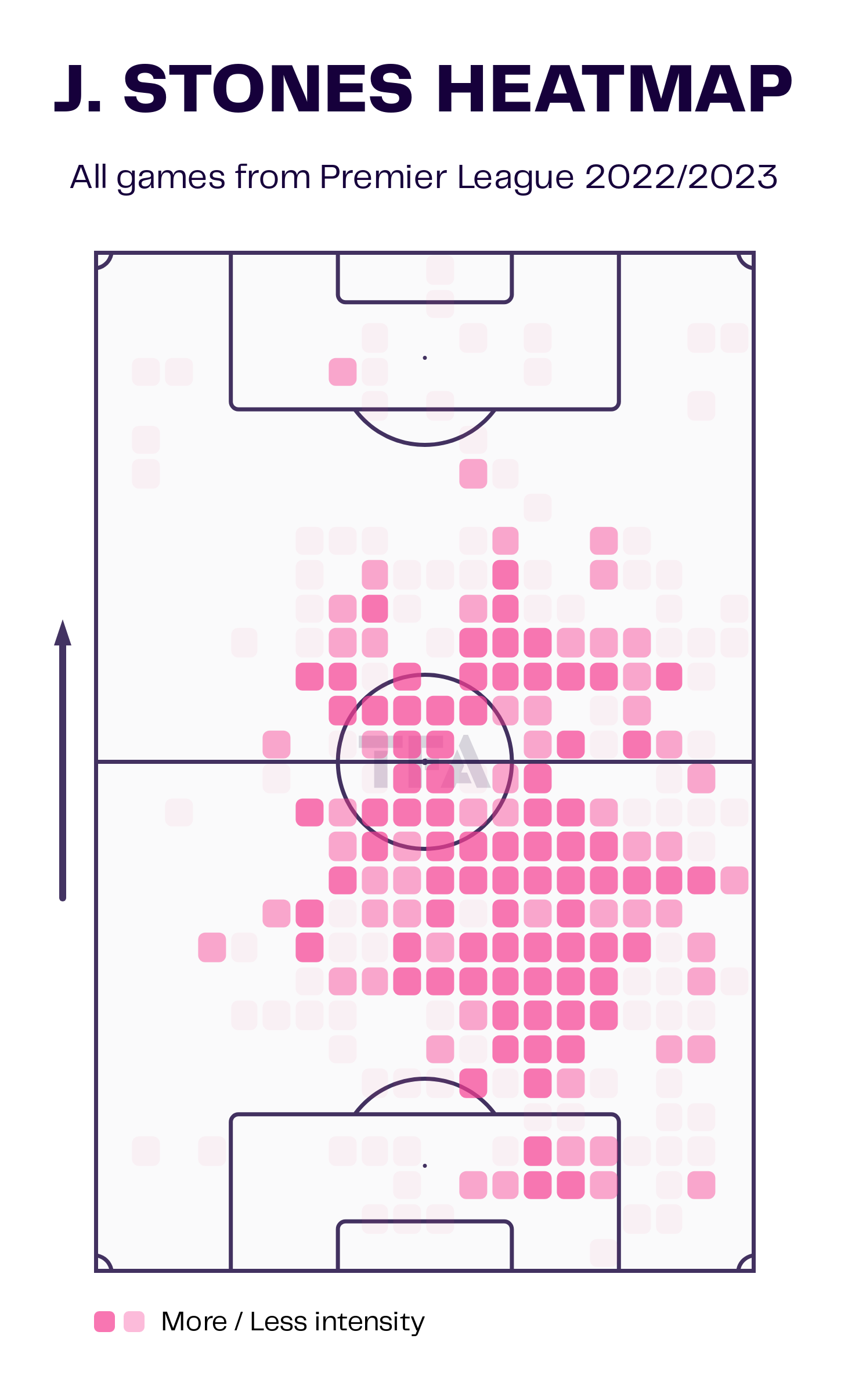 John Stones has spent 595 minutes on the pitch in the English Premier League. Due to injury issues in the team, Pep has played him as a right centre-back and as a makeshift right-back. John Stones has taken attacking positions and already has two assists to his name in the league. Adding to this, the player scored a long-range banger against Borussia Dortmund and helped them to secure three points against the Germans.

John Stones has featured on the right side and his defensive territory also states the same. Overall, the player has contested 66 duels and has a 54.5% win rate. The win percentage for defensive duels is 58.1%, for aerial duels, it is 66.7%, and for loose ball duels, it is 30%. John Stones’ aerial ability makes him a threat inside the opposition penalty box. However, he is yet to attempt a shot during a set-piece. Other than this, the player averages 3.03 interceptions and 7.87 recoveries per 90 minutes. John Stones has recovered 30.8% of the time in the attacking half. 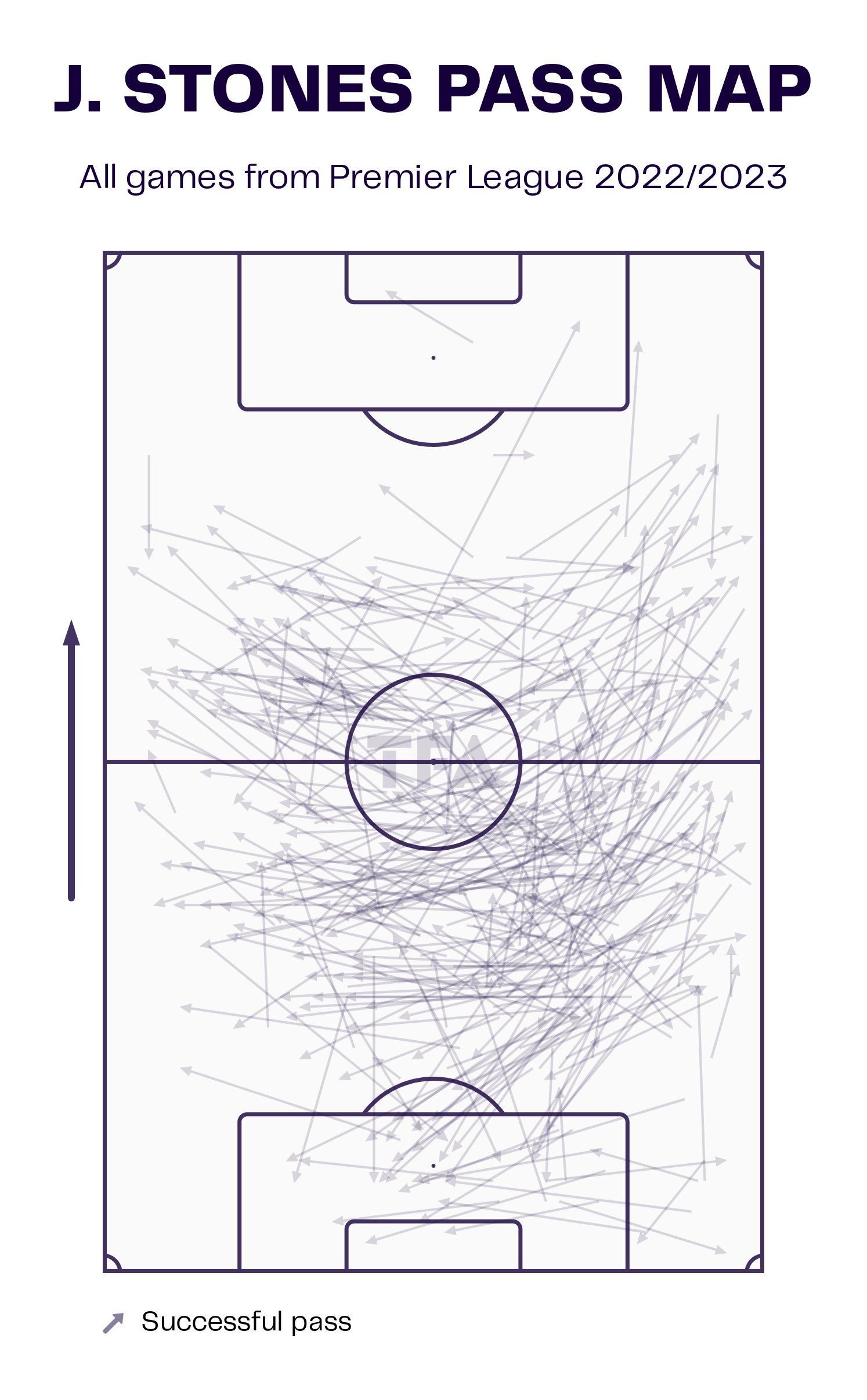 John Stones has performed well for Manchester City in recent years. Despite coming off the bench in most of the matches in the last few seasons, the player has shown his worth by defending well. This season, more opportunities for the player has shown a lot of improvement in the stats and he is likely to start for England in the UEFA Nations League. Pep will be happy with his performance and might give him more minutes on the pitch this season.

The post Under the microscope: How John Stones’ early season form earned him an England call-up appeared first on Football analysis, news, betting and opinion from Man City.