Manchester City made a surprisingly late bid for former Borussia Dortmund defender Manuel Akanji. The Swiss international was an outcast at the German club and decided to move to the English Premier League. The 27-year-old is confident on the ball and can play passes from the back. This is the reason why Pep Guardiola decided to bring the defender to the Etihad. Manchester City had injury issues in defence and Manuel Akanji got a chance to play for the defending English Premier League Champions. He made his debut in the UEFA Champions League and has made three appearances in all competitions for City. We now look at some of the stats of the defender that show how he is settling at Manchester City. 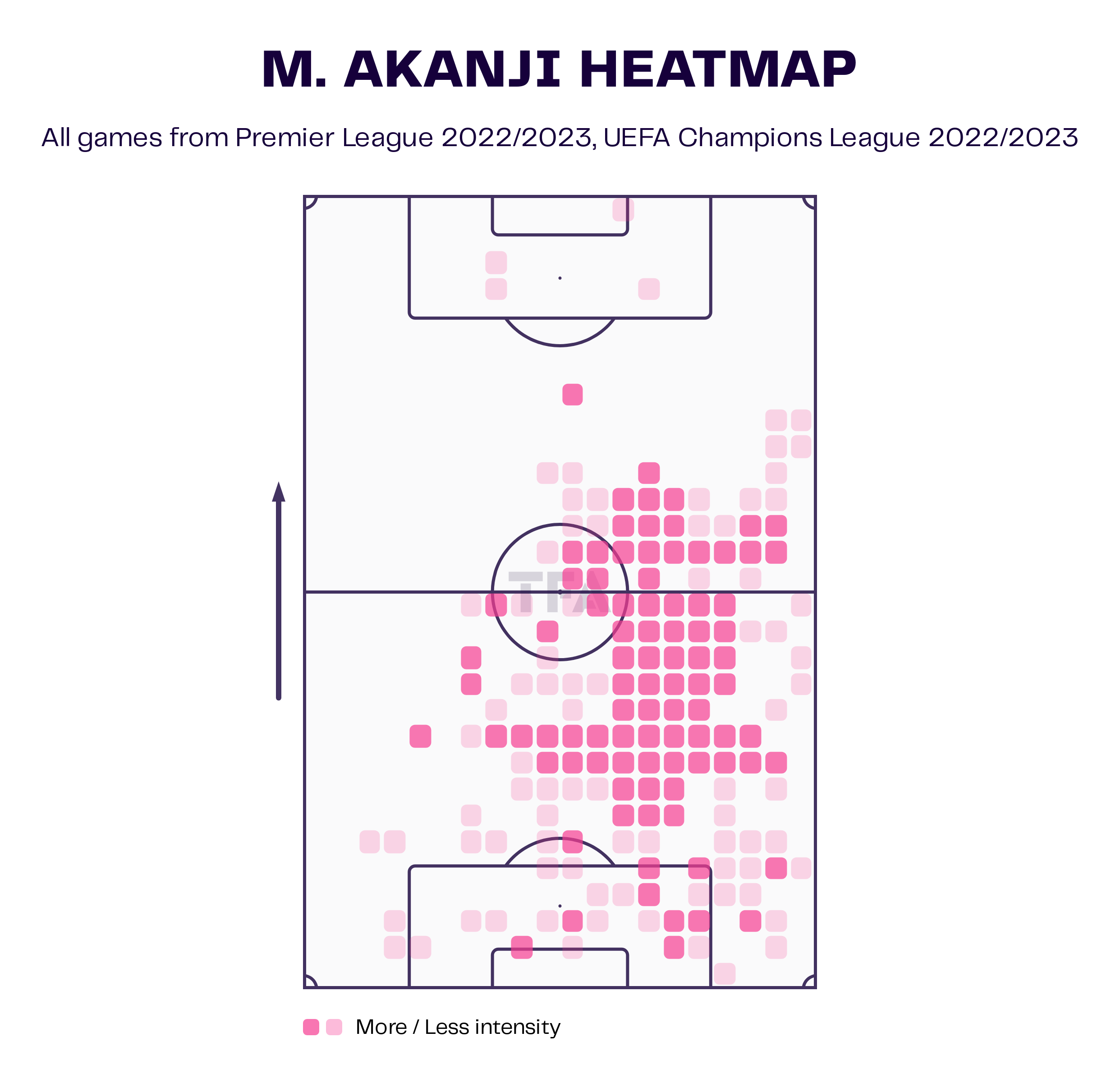 Manuel Akanji had played as a right centre-back in the first three games for Manchester City. He made his debut for the club in a 4-0 victory away at Sevilla in the UEFA Champions League. The impressive debut of the defender was followed by another start against his former club, Borussia Dortmund. Manuel Akanji has also made his debut in the English Premier League against Wolves in a 3-0 victory. 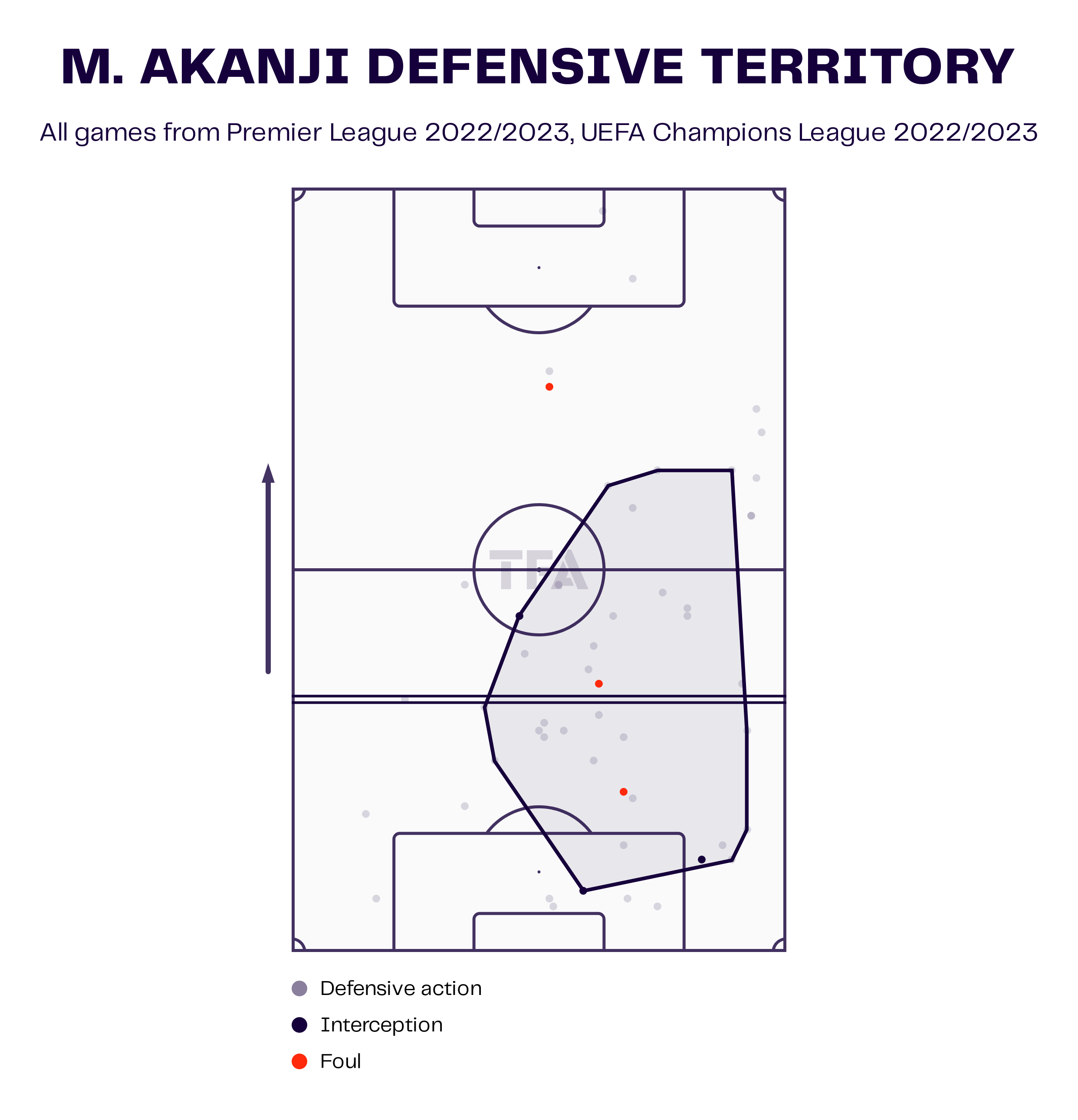 The above viz shows the defensive territory of the defender. We can see that Akanji has stayed high up on the pitch like most of the City players do. He averages 11.4 duels per 90 minutes, with a 69.4% success rate. The duels contested by the defender are 7.6 defensive duels, 1.58 aerial duels, and 1.9 loose ball duels per 90 minutes. Manuel Akanji has won 70.8% of his defensive duels, 60% of his aerial duels, and 66.7% of his loose ball duels. This means that the defender has shown composure and won crucial duels for his side. 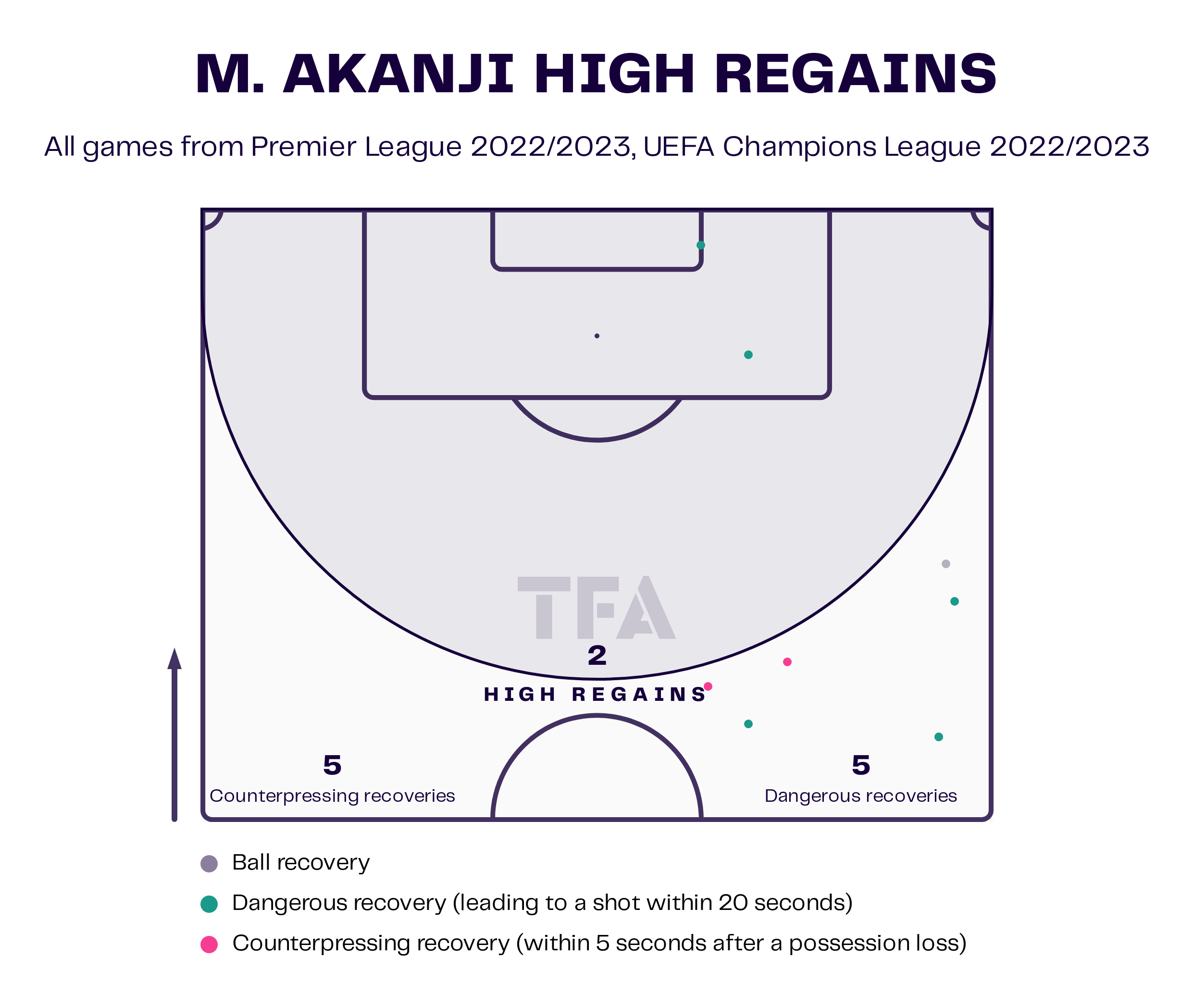 One of the areas where the Swiss international impressed the most was in his ability to recover the ball. Manuel Akanji averages 10.77 recoveries per 90 minutes and 26.5% of them were made inside the opposition half. The above viz shows that Akanji has made five dangerous recoveries and those have led to a shot within the next 20 seconds. Of these five dangerous recoveries, two were made inside the opposition penalty box. 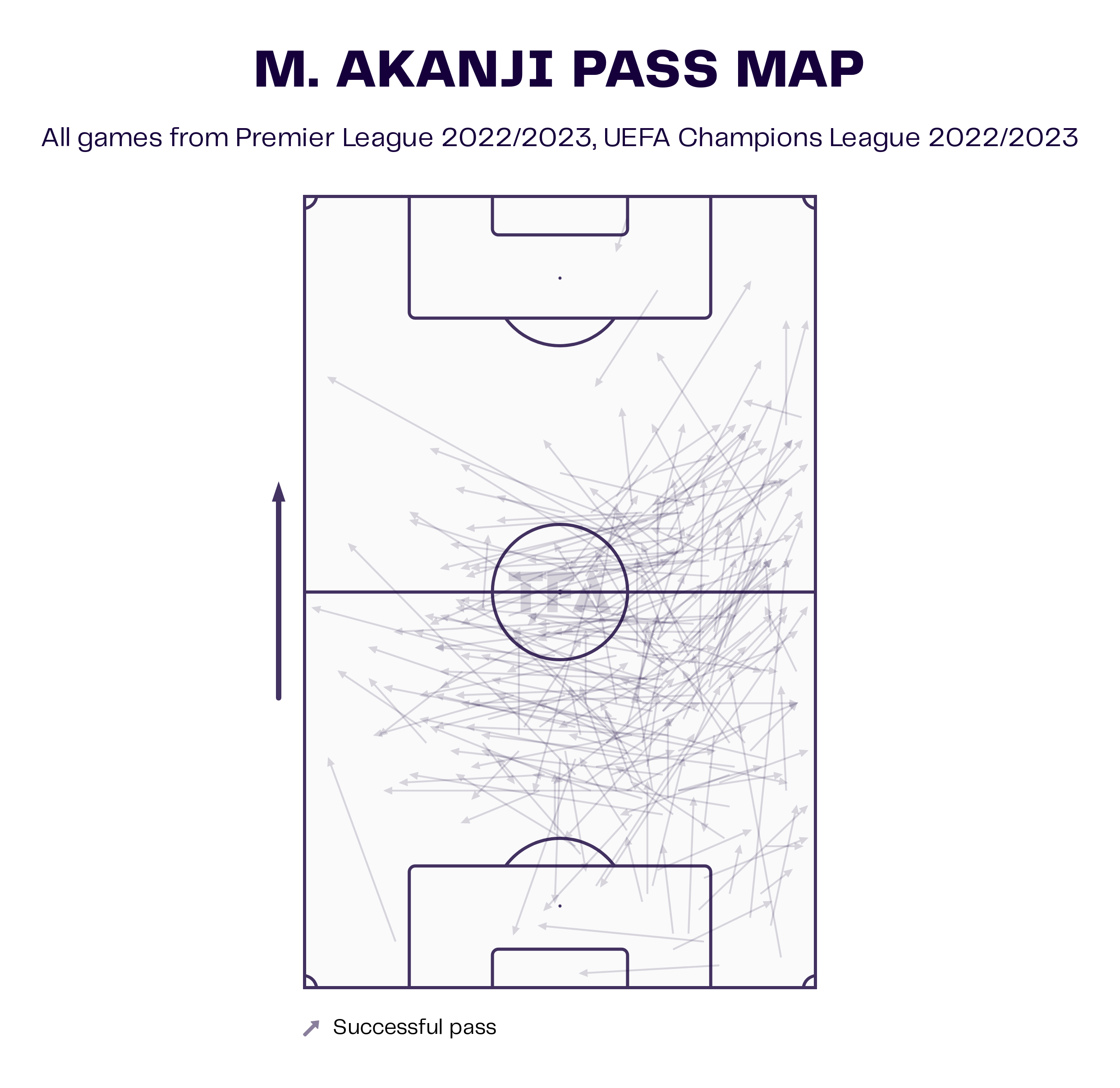 Manuel Akanji is settling well into this City squad. He has helped his side to keep two clean sheets in the last three games and will hope to spend more time on the pitch. Pep Guardiola will be impressed with his new signing and hope that he remains a defensive pillar for the team.

The post Under the microscope: How has Akanji settled in? appeared first on Football analysis, news, betting and opinion from Man City.