Arsenal will play the opening fixture of the English Premier League 2022/23 season. The Gunners will hope to start the season on a positive note after failing to do so last season. Mikel Arteta spent some money in the summer transfer window and has brought in a few recruits to boost his side. His defence was solid last season, and he has only added Oleksandr Zinchenko to give him an extra option. Arsenal needed a striker after the departure of Alexandre Lacazette, and they signed the Brazilian talent, Gabriel Jesus, from Manchester City. The other signings include attacking midfielder Fabio Vieira from Porto and winger Marquinhos from Sao Paulo. With a lot of options at his disposal, Arteta will choose his best-attacking options going into each game. Let us look at some of the stats that show the attacking players who are likely to feature in every game for the Gunners. 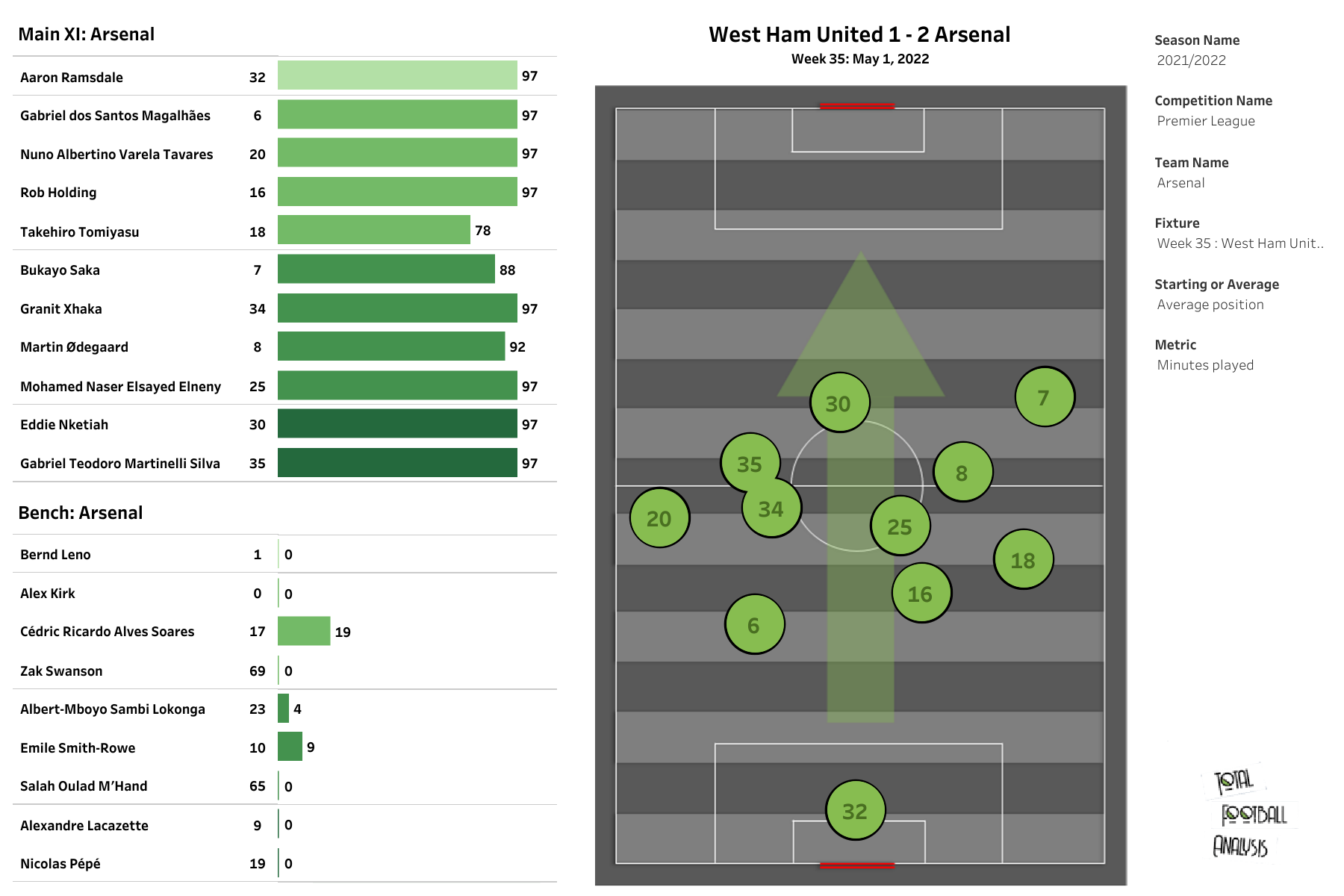 Arsenal start in a 4-2-3-1 formation, and Arteta is likely to go with the same formation in the new season. The above viz shows the average position of the players in a match against West Ham United in the previous English Premier League season. By looking at the viz, it can be observed that the striker drops a bit deep, and Saka plays a high line alongside him but on the right side. One of the key observation points is that Martin Ødegaard drifts towards the right flank. He has done this in every game, and Arteta might go with the same tactics this season. 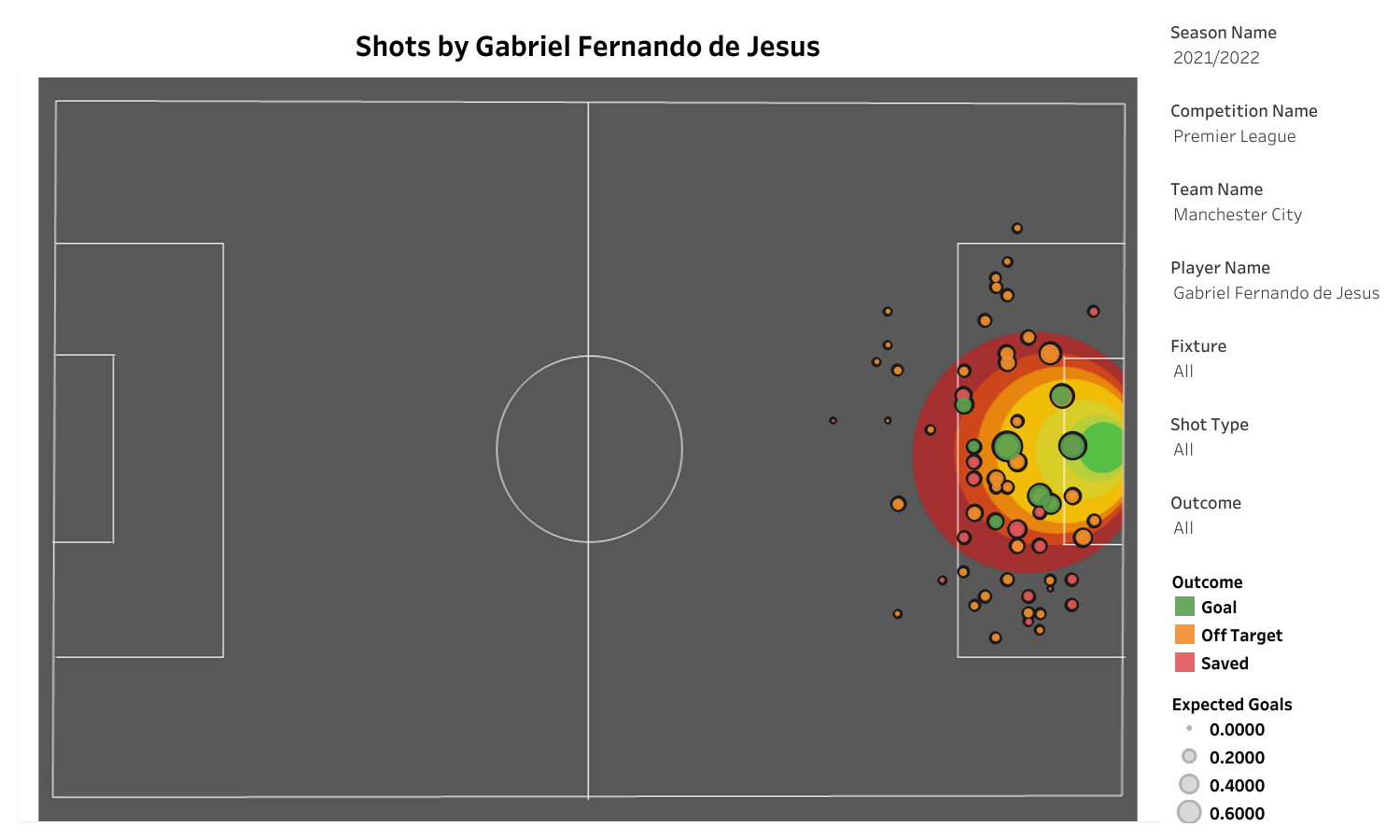 Arsenal strikers have struggled in recent seasons. However, the manager has brought in one of the best strikers in the English Premier League. Gabriel Jesus joined Manchester City in January 2017. Since then, the 25-year-old has won four league titles with City. Now, he has left the club and will look to further prove himself in the English top division. Overall, the forward has 159 league appearances, in which he has scored 58 goals and provided 29 assists. Last season, the Brazilian scored eight goals in 28 appearances. One of the biggest improvements in his game was that he found his teammates inside the box on a few occasions, and they converted eight chances. He is likely to lead the attack, and his backup striker will be Eddie Nketiah. 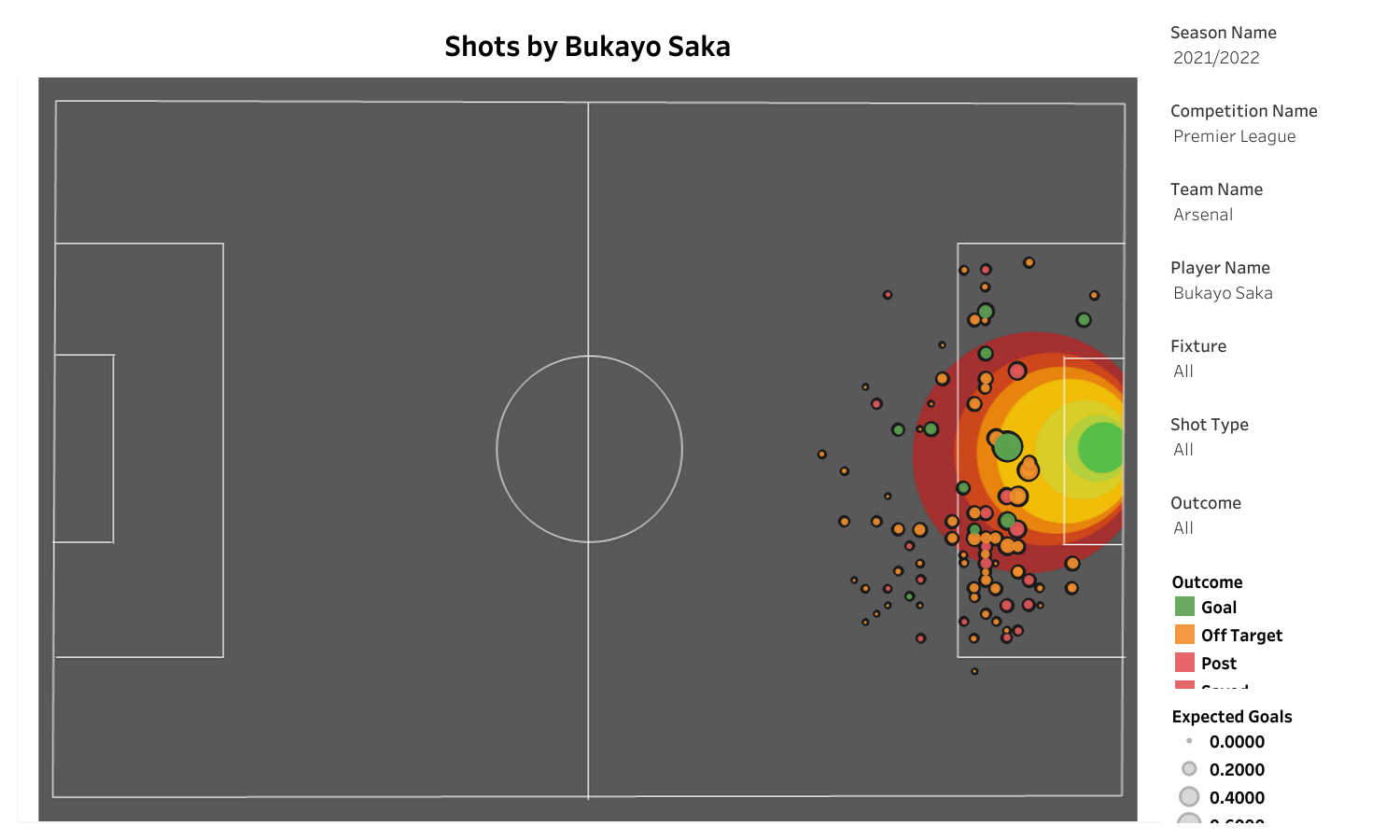 Bukayo Saka is regarded as the biggest talent at Arsenal. He is a right-winger and scored 11 goals last season. The 20-year-old also created seven goals for his teammates. He is guaranteed a start in every match for the Gunners. Marquinhos, the club’s new signing, is expected to be his backup. 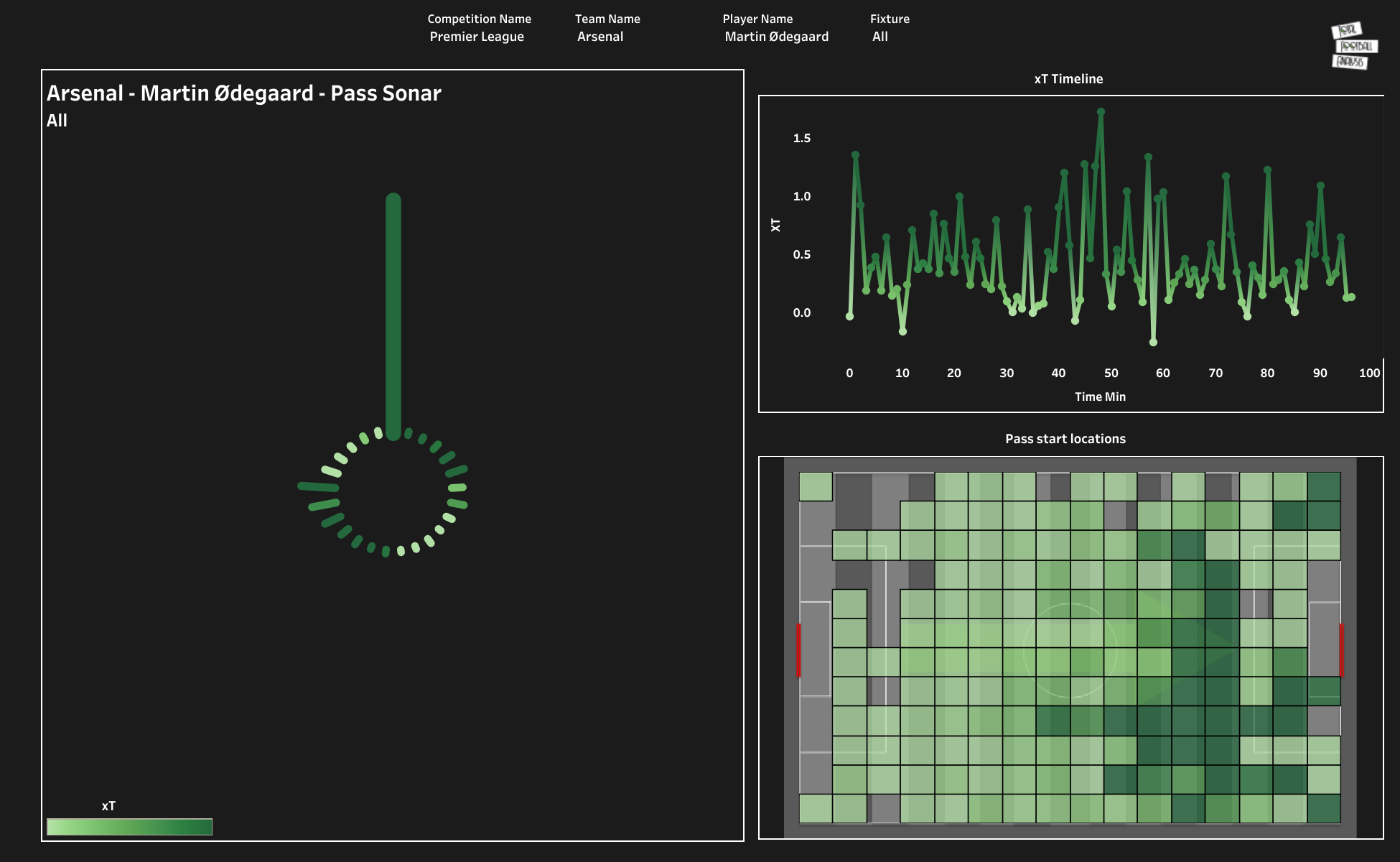 Arsenal’s captain, Ødegaard, is the strong favourite to take the number ten role. As mentioned earlier, he likes to drift towards the right and create chances for his teammates. The above viz shows the current start location of the player. It indicates that Ødegaard operated in a particular area and created most of the threats from passes attempted from inside the attacking third. He has a new responsibility and will look to live up to the expectations. Fabio Vieira will compete for the spot, but he is likely to feature from the bench.

Gabriel Martinelli is the favourite to start on the left ahead of Emile Smith-Rowe. Last season, both players were involved in 12-goal contributions. Martinelli scored and assisted on six occasions, whereas Smith-Rowe scored ten times in the league. Arteta has used them alternatively in some matches and could repeat the same this season.

Arsenal have a young attack, with Gabriel Jesus being the most experienced player. However, these players have gained plenty of experience playing in the English top division and will look to prove themselves in the upcoming season. Arsenal will eye a top-four spot and the attackers can help them achieve that goal. They have a strong team, and consistency will be the key for the Gunners.

The post Under the microscope: How Arsenal’s attack could shape up in the new season appeared first on Football analysis, news, betting and opinion from Arsenal.