Manchester United had a very poor start to the English Premier League 2022/23 campaign as they suffered defeats in the first two games. The first game was a 1-2 loss against Brighton at home, and the second game was an embarrassing 0-4 defeat against Brentford. They regained their form by winning their last two games, one of which was against rivals Liverpool. Erik ten Hag made some changes to the starting XI and introduced some of the new players from the start. One of the crucial changes that the Dutch manager made was the new centre-back pairing of Raphael Varane and Lisandro Martinez. The manager made a bold decision by benching the club captain, Harry Maguire. The move paid off, and United were finally able to keep a clean sheet in their last game. Some of the stats from the last two games show why this duo is perfect and could stabilise United’s defence in the future. 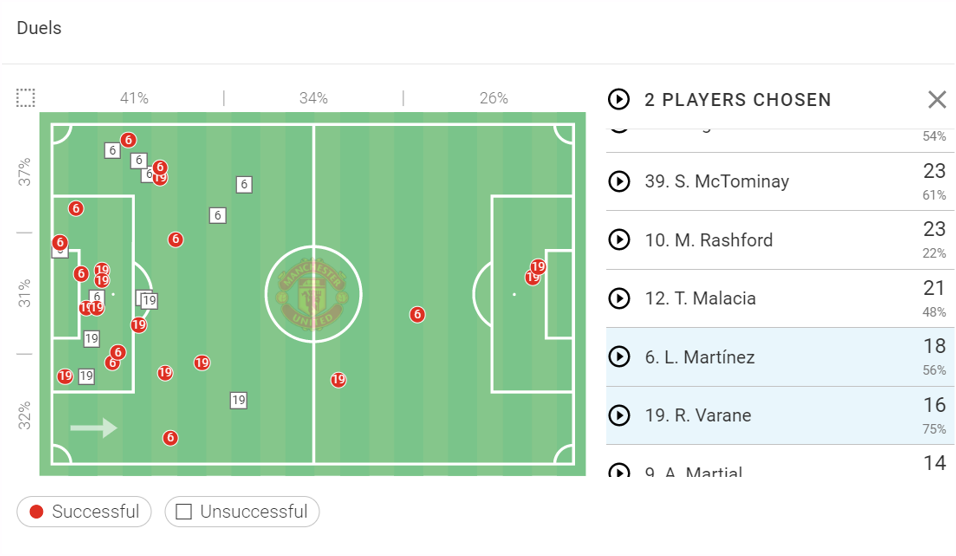 Manchester United had conceded six goals in the first two games but only one in the next two. This was mainly due to the defensive abilities of both these players. They are finding their chemistry with each other and are proving to be a pair to beat. Varane is the more experienced player amongst the two, and he is acting as a leader for a young Manchester United defence. Both these players contested a combined 34 duels against Liverpool, and 39 in the last game. They won 22 duels against Liverpool and 33 against Southampton. This shows that the players have remained solid at the back, and that has earned the trust of the manager. 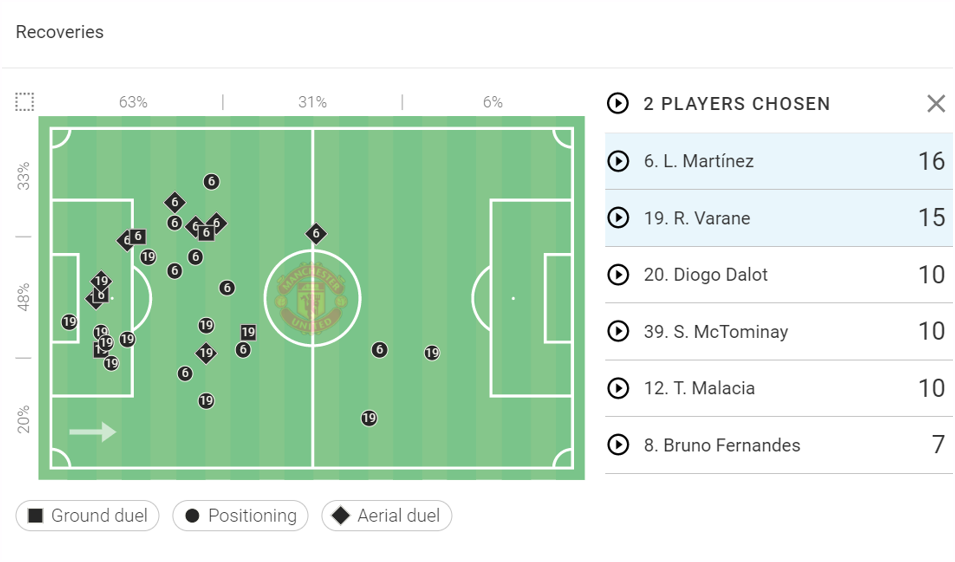 Another impressive thing about the pair is their ability to recover the ball. They made 23 recoveries against Liverpool and 31 in the last match. The above viz shows that most of the recoveries were made outside the penalty box, with Martinez behind most of those recoveries. He averages 14.5 recoveries and is ranked at the top amongst his teammates. 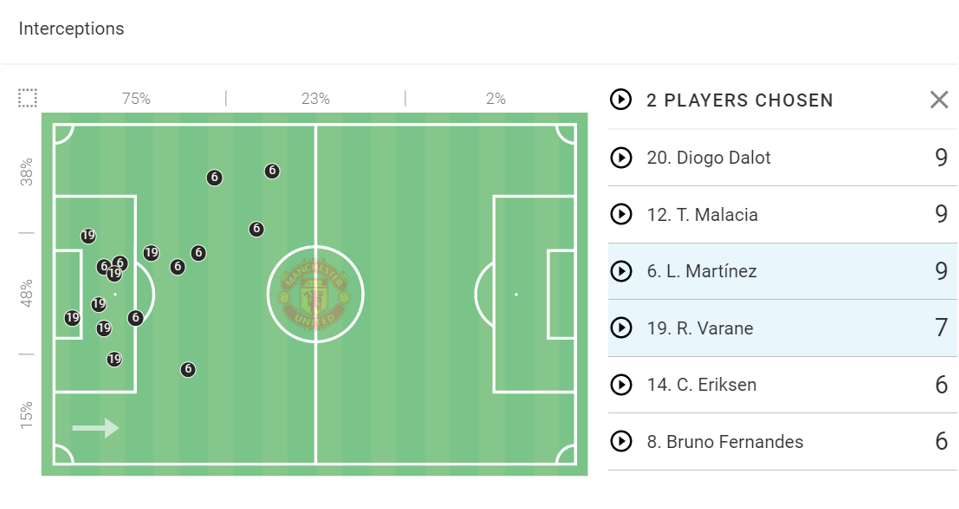 When it comes to intercepting the ball, Martinez is listed at the top of Manchester United’s team chart. He averages nine interceptions per match and equalled his average in the last match. Varane was just two interceptions behind him. By looking at the above charts, we can observe that Martinez likes to tackle outside the penalty box whereas Varane plays a much deeper role.

Both these players are equally good at passing the ball. They can be relied on at the back, and their defensive abilities have shown why the manager has his trust in them. Manchester United face Leicester City next, and Erik ten Hag is likely to go with the same partnership. These two will aim to keep another clean sheet.

The post Under the microscope: Has Erik ten Hag found the perfect centre-back pairing in Varane and Martinez? appeared first on Football analysis, news, betting and opinion from Man United.