Leicester City have found a reliable player in the form of Harvey Barnes. The 24-year-old played his third full season for the Foxes and was the go-to man for Brendan Rodgers in an injury-hit season. Leicester City were without Jamie Vardy and a few other players who missed some games in between, leaving the manager with limited options. Barnes stepped up to the task in the English Premier League and provided the highest number of assists in the league for the Foxes. He made 16 goal contributions in 32 matches by playing from the left side. 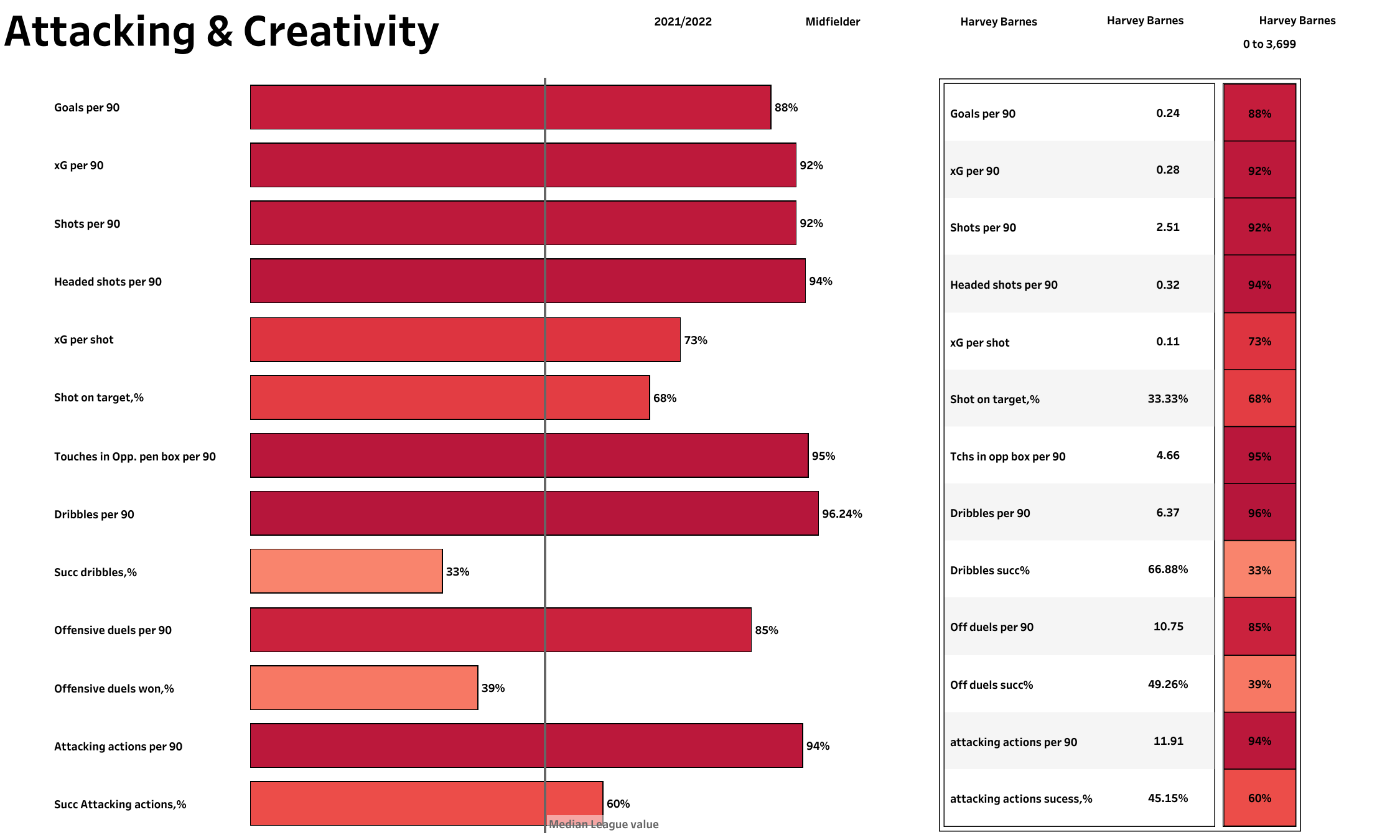 Barnes scored six goals in 32 league appearances and provided ten assists. When looking at the above chart, the general rule is that the longer the bar, the better the performance — you can see the league average in the middle, and the % is the percentile rank the player is in. The 24-year-old has a high percentile rank when compared to the other midfielders in the league. Barnes averaged 2.5 shots per 90 minutes with a 33.33% shot accuracy rate. He can also create some aerial threats and averaged 0.32 headed shots per 90 minutes. The player likes to run with the ball and averaged more than six dribbles per 90 minutes. He created a lot of threats with his speed and skills on the ball. 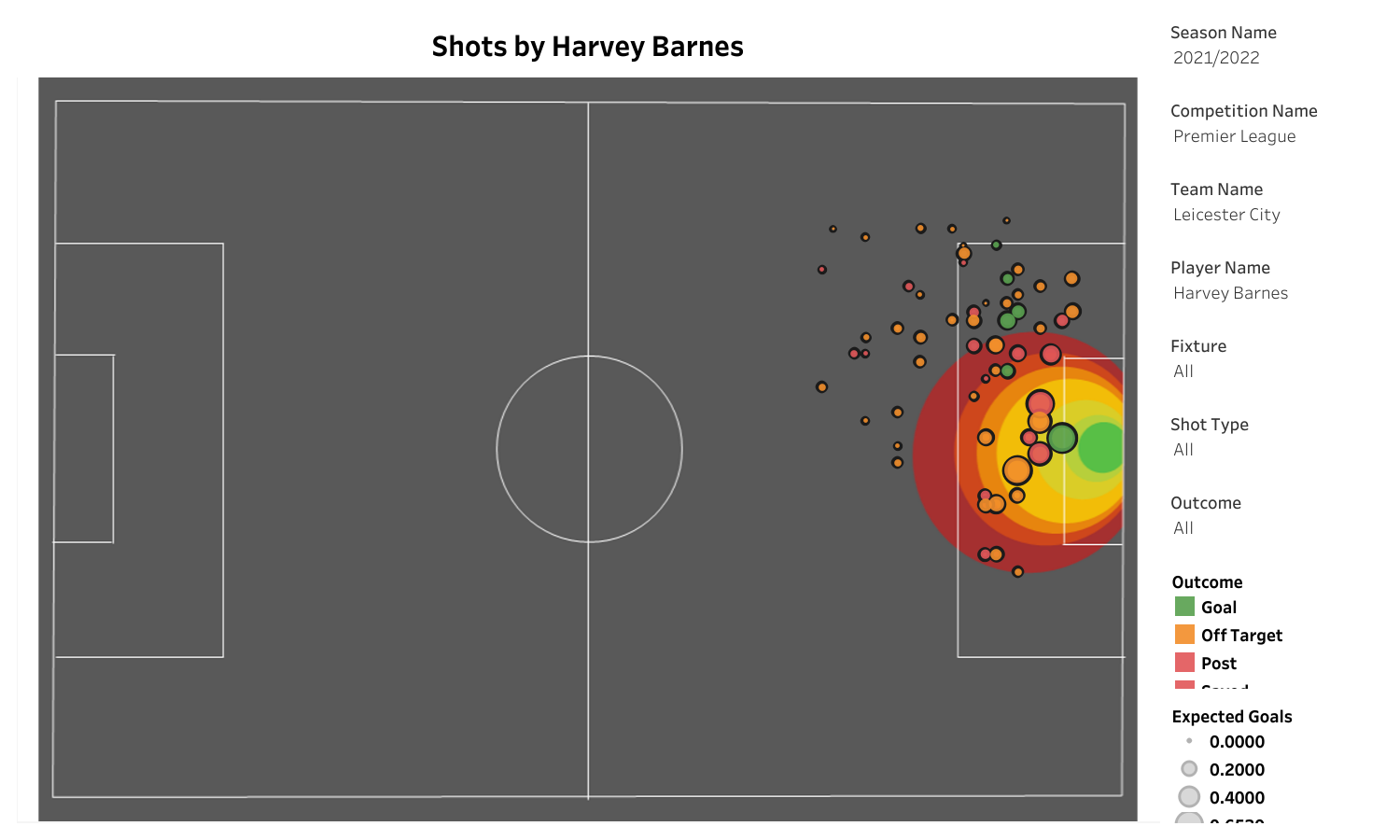 The above viz shows all the shots attempted by the player throughout the season. He attempted 63 shots and managed to hit the target 21 times. Barnes likes to cut inside from the right side and attempted most of the shots from there. He scored all the goals from inside the opposition’s penalty box and scored with the only shot attempted from inside the opposition’s 6-yard box. With an xG rate of 0.28 per 90 minutes, Barnes was always creating a threat whenever he got a chance to shoot the ball. 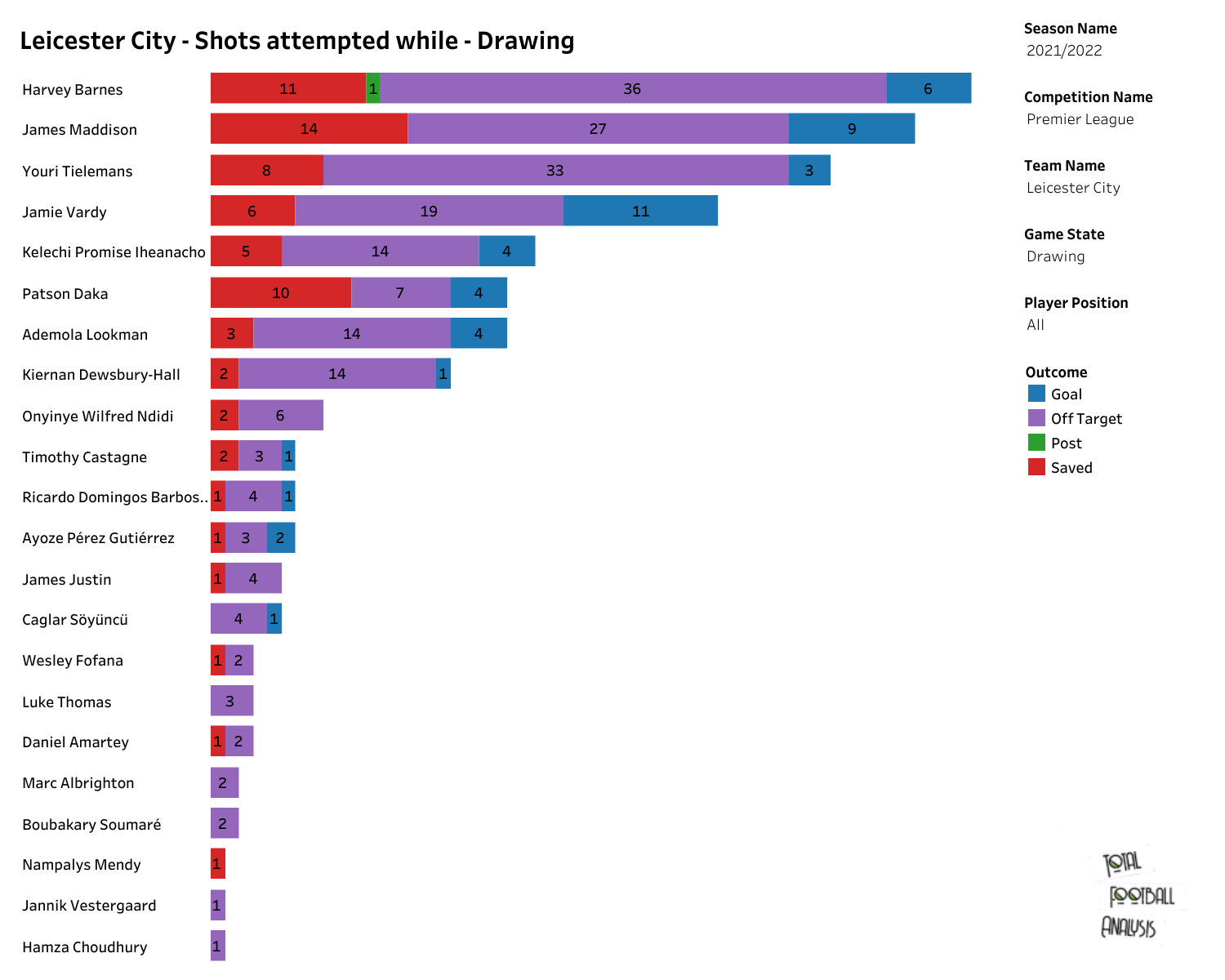 The above viz shows the number of shots that were attempted by the Foxes throughout the season. These shots were attempted when the match was heading for a draw or both teams had equal scores. Barnes attempted the most shots during such situations. The wide midfielder attempted 54 shots and scored all six goals while the match was drawn. His other 11 shots were saved, and one shot hit the post. 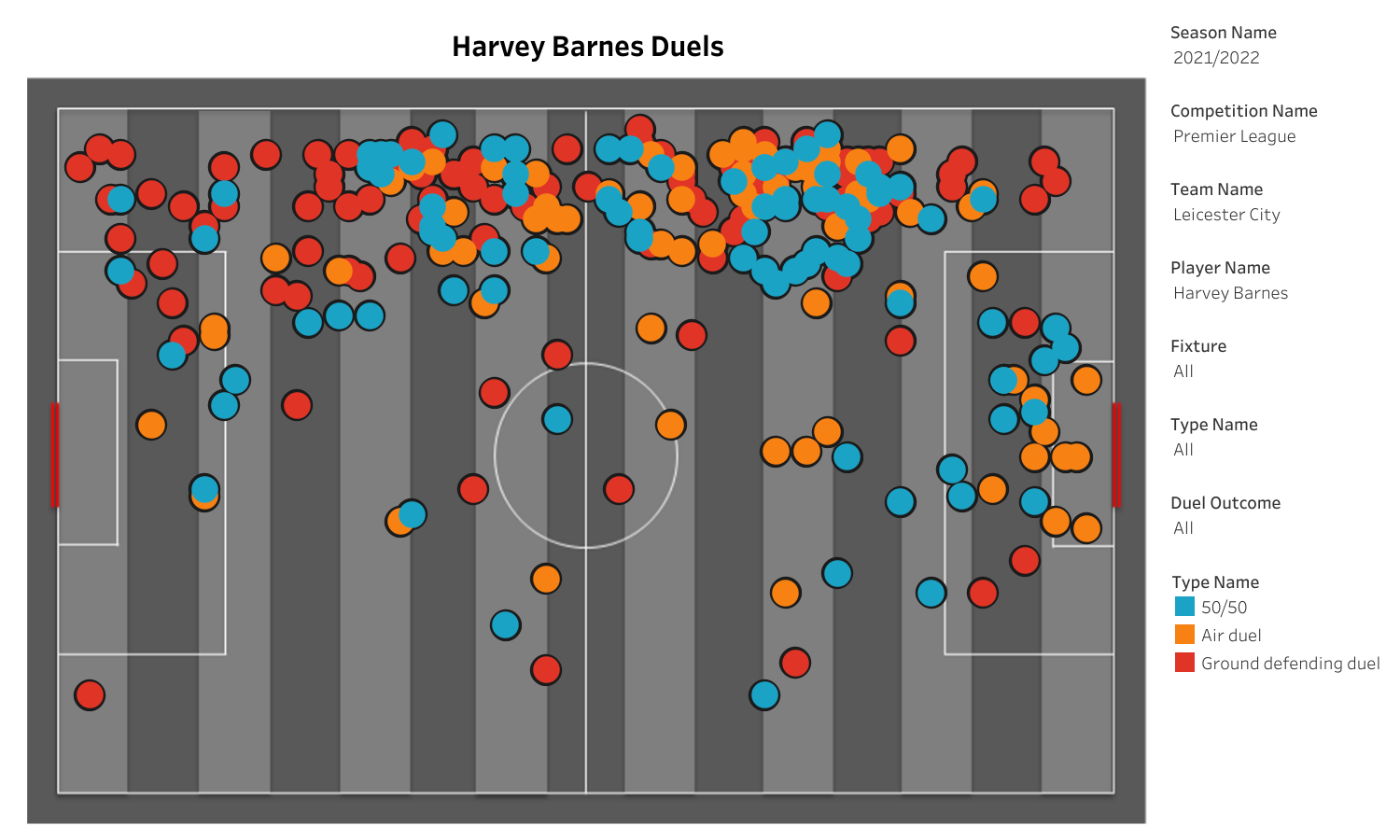 The player was not afraid of contesting duels on the pitch. It can be observed that most of the duels contested by him were defensive duels, followed by loose ball duels and aerial duels. Barnes contested a few duels inside the opposition’s penalty box. He ran up and down the pitch to help his defence and create chances for his team. These were some crucial contributions to a Leicester City side that struggled to defend throughout the season.

Harvey Barnes was one of the top performers for Leicester City in the recently concluded English Premier League season. He was the main threat when the team was sharing points with the opposition. He has cemented his place on Brendan Rodgers’ side and will look for improvement for the next season.

The post Under the microscope: Harvey Barnes – The go-to man for Brendan Rodgers this season appeared first on Football analysis, news, betting and opinion from Leicester City.