Harry Kane is one of the most prominent names in English football and is known for his ability to find the back of the net almost invariably. He has racked up a total of 193 goals from 294 matches in the English Premier League for Tottenham Hotspur and has won the golden boot three times for the club. Kane has been in great form this season for Tottenham Hotspur and has so far scored 10 goals from 12 games, averaging 0.8 goals per game, and is only behind Erling Haaland with 17 goals from the same number of games. The Englishman was linked with other European clubs like Bayern Munich in the summer with a desire to play in the UEFA Champions League, but the Englishman ended up staying at Spurs and has been crucial in helping Spurs find the goals when needed.

So we take a look at some stats to understand how his English Premier League season has gone so far. 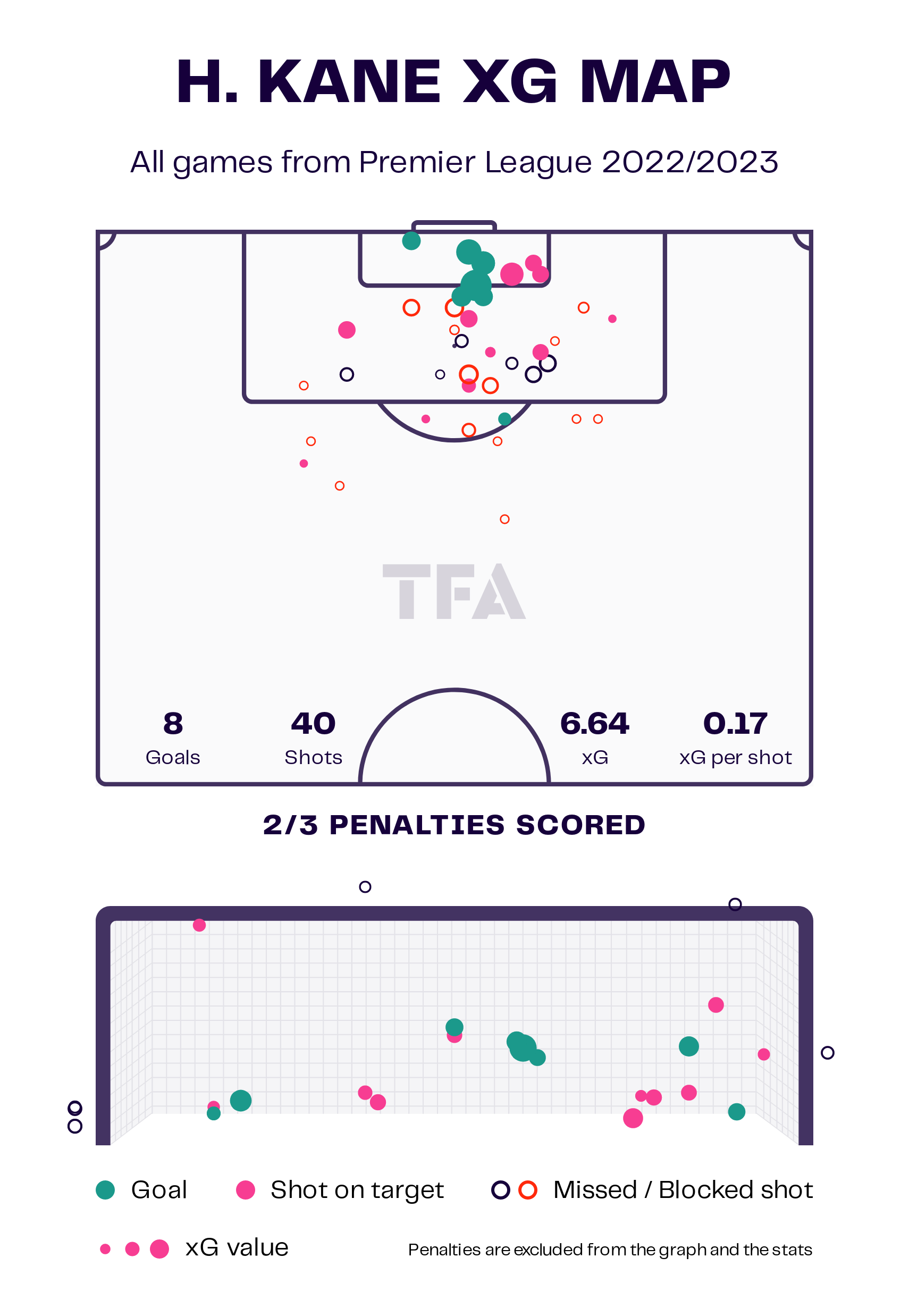 Goals are the first thing that comes to our mind when we think of Harry Kane, and he has not disappointed this season either. His contributions in big matches have also been very important for Spurs. He scored against Chelsea in the 2-2 draw and scored his club’s only goal in the game against Arsenal. He has an average xG rate of 0.69 in the Premier League this season. Kane also has an average of 3.35 shots on target per game with 51.2% accuracy. 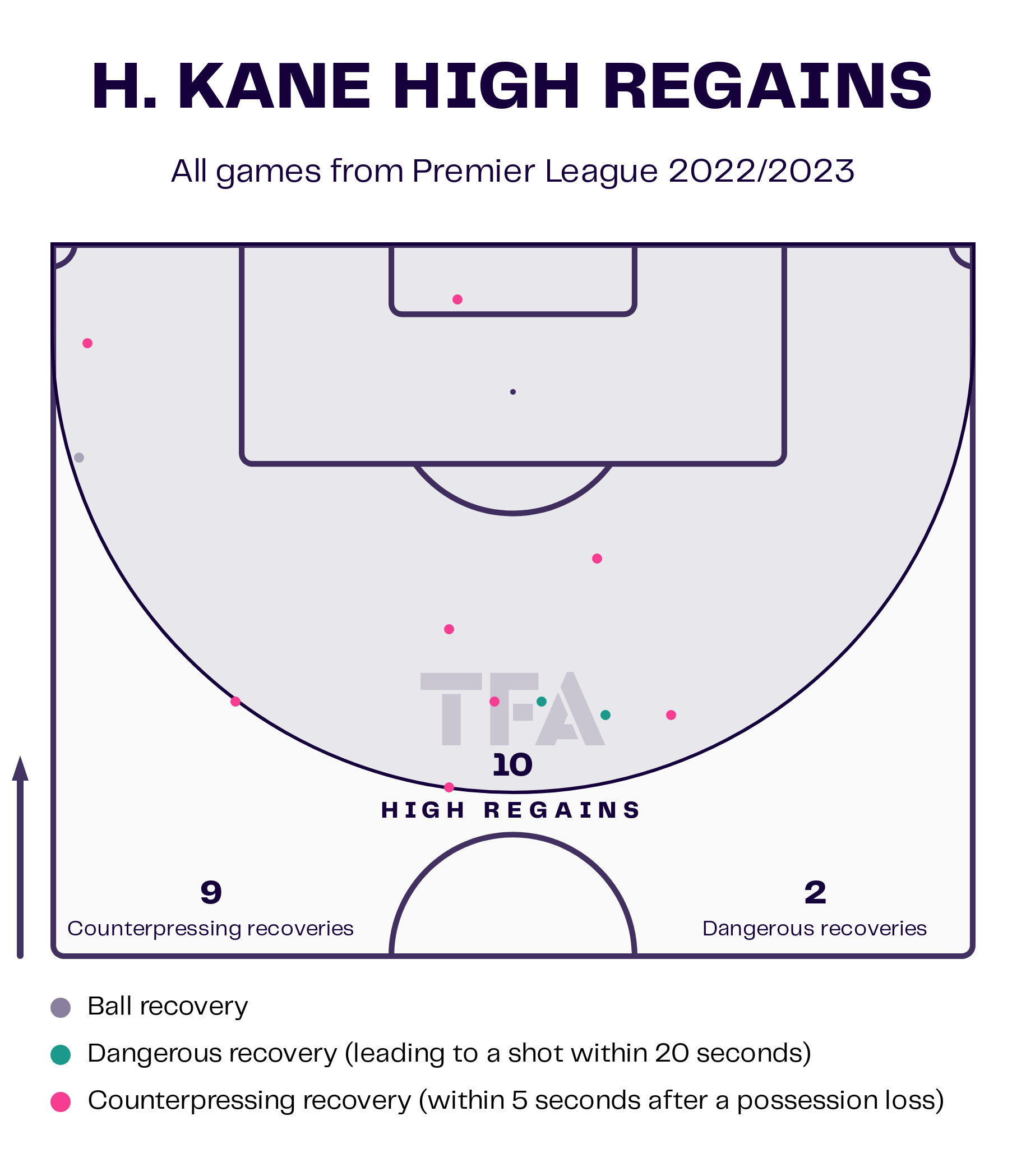 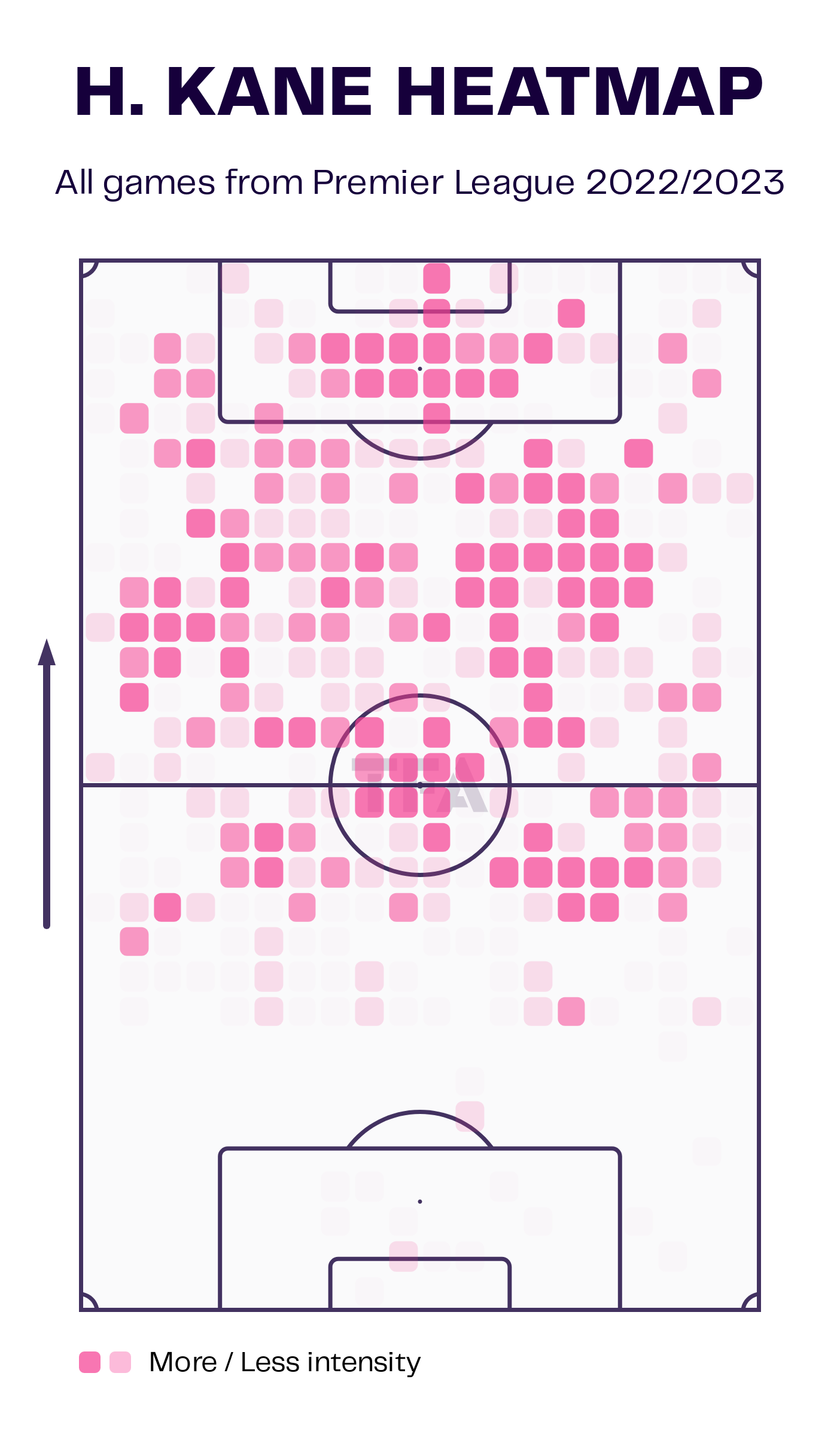 As Tottenham Hotspur usually uses a 3-5-2 or 3-4-3 formation, Kane will be lurking in the opposition half, mainly trying to be an outlet for their counter-attacking options. He has an incredible partnership with Son and has together contributed to a total of 43 goals for Spurs. He is not hesitant to drop down to the midfield or to the defensive third to fulfil his defensive duties when required. Kane also has an average of 3.43 touches in the penalty area this season. 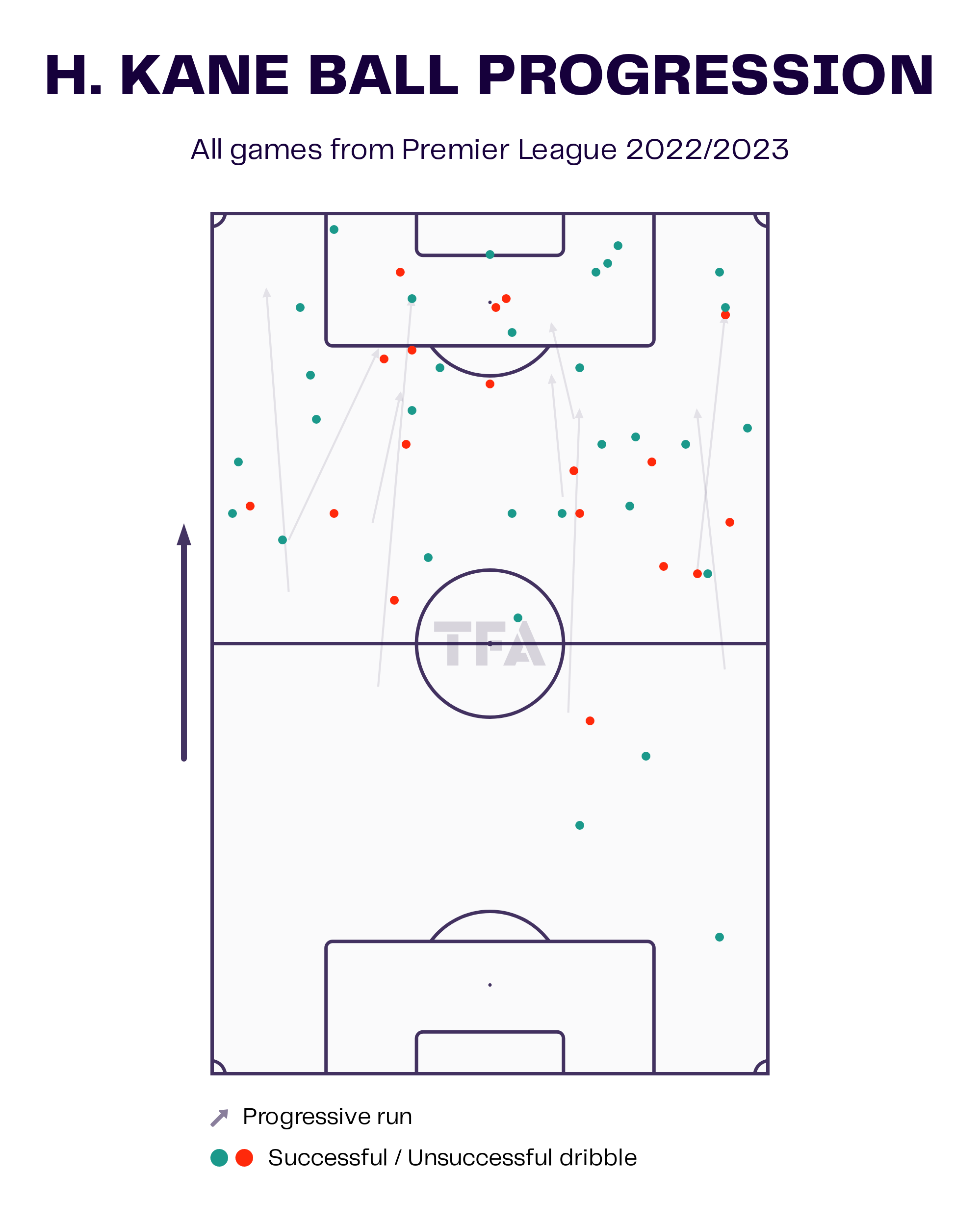 The Englishman often drops down to the midfield and picks up the ball and progresses with the ball forward. On average, Kane has 3.9 successful dribbles per game this season with 62% accuracy. His running with the ball has been crucial, especially during counterattacks, as it draws defenders away from the other players.

Tottenham Hotspur fans and Antonio Conte will be counting on Harry Kane to keep delivering the goods as they look to bounce back after a defeat against Newcastle United. They now sit in the third position on the table. But as the league gets more interesting and open, Kane’s contribution will be pertinent towards Spurs’ lifting the trophy.