Last summer, Liverpool signed Ibrahima Konate from RB Leipzig to specifically reinforce the central defence at Anfield after the Reds suffered major injuries in that area during the 2020-21 season. Konate performed admirably for the Reds. One player who barely featured for the Reds this season was Joe Gomez. And he is at risk of slipping further down the pecking order thanks to the performances of Sepp van den Berg whilst on loan at Preston North End. In this article, we will assess the Dutchman’s season on loan at Preston and conclude why he deserves a chance at Anfield next campaign. 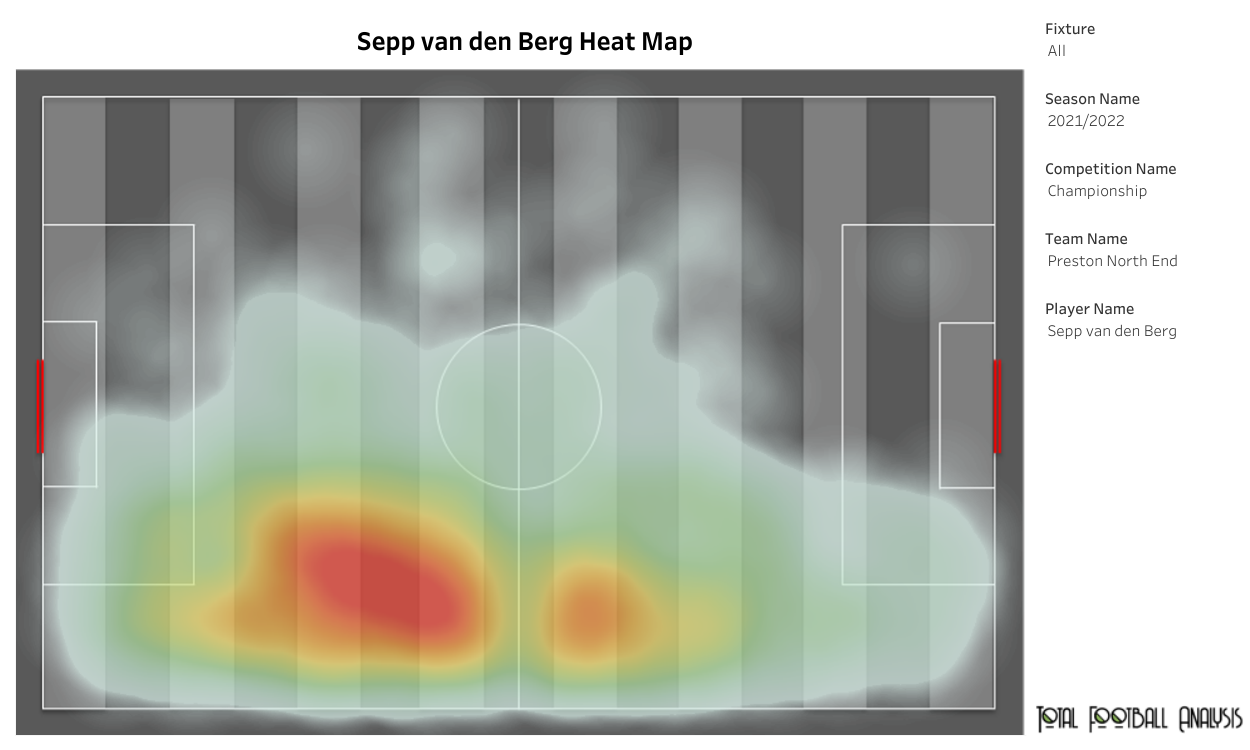 Sepp van den Berg played 45 games for Preston North End in the recently concluded 2021-22 EFL Championship season, playing 3,971 minutes. During his time on the pitch, the Dutchman scored one and assisted one goal apiece. His strongest influence came in the area between his penalty box and the midfield on the right-hand side of the pitch as he was playing predominantly as a right centre-back. He stopped several opposition attacks from entering the Preston penalty area. 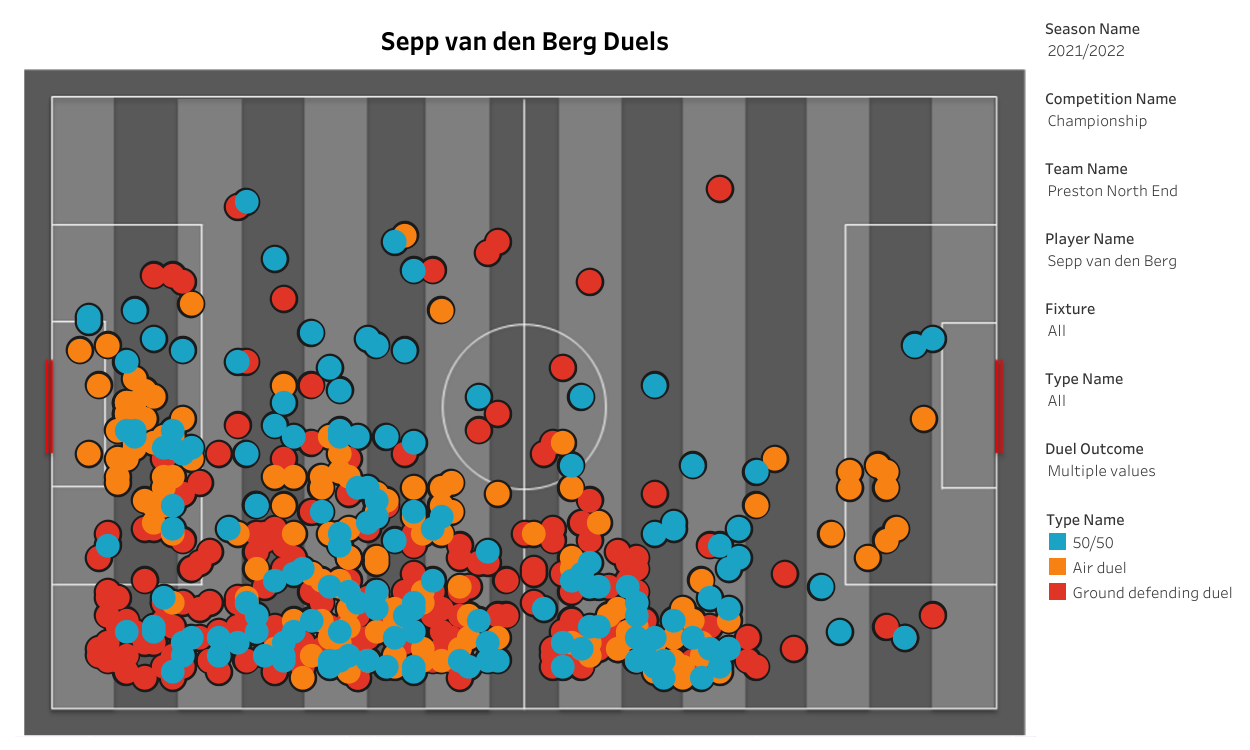 The above viz shows the locations of the duels won by van den Berg in the recently concluded season. Van den Berg won a variety of duels, including 50/50s, aerial duels and ground based duels. However, most of the Dutchman’s successful duels came in the form of aerial duels and ground defending duels. The majority of this came in the defensive third as well as in the midfield. Using his height of 189 cm, the Dutchman won far more aerial duels in his box than in the opposition’s penalty box. 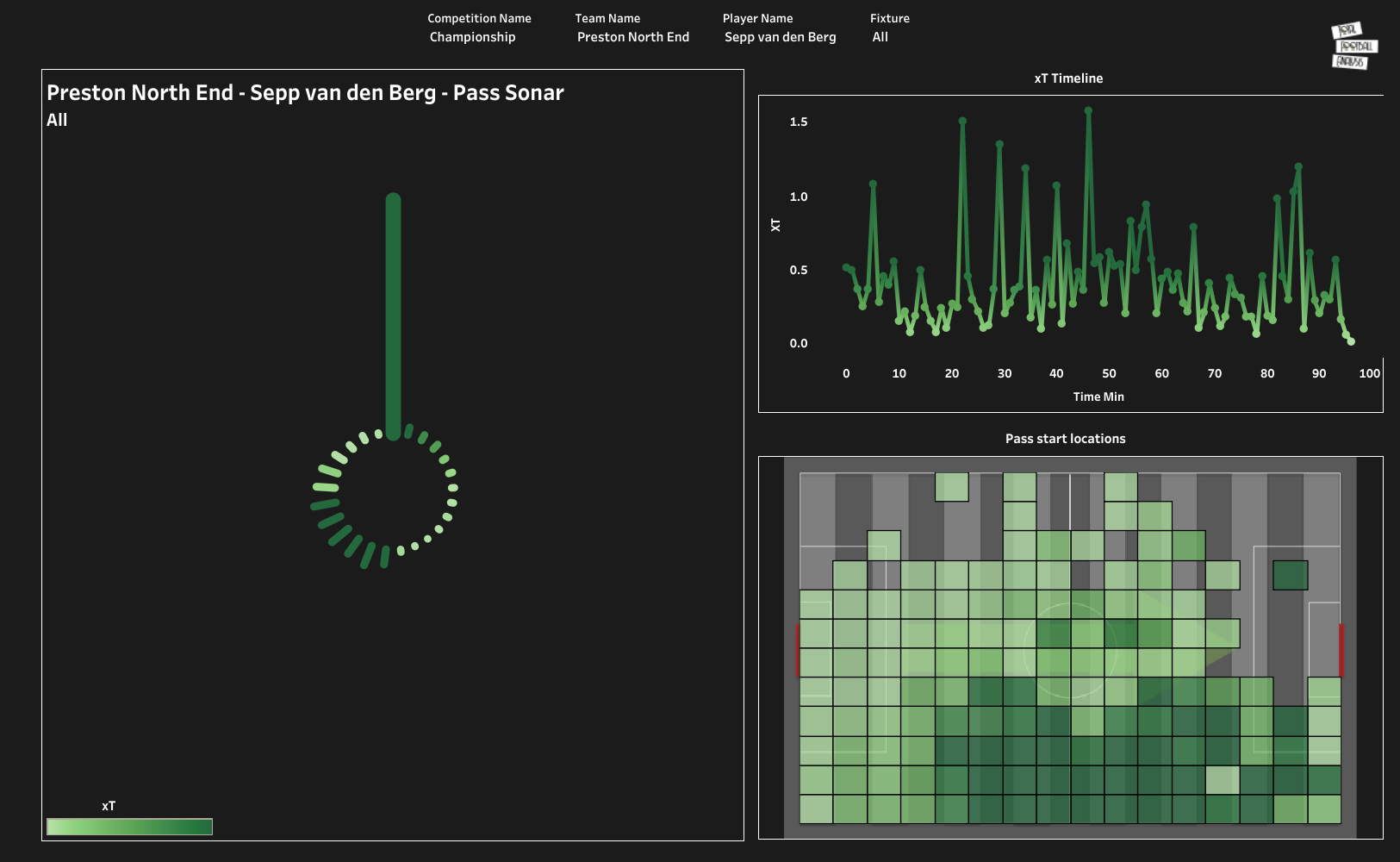 Given above is the xT map, xT timeline and pass sonar of van den Berg in the 2021-22 EFL Championship. The Dutchman regularly created xT values of over 1.0 when on the pitch, even surpassing 1.5 on a few occasions. Most of van den Berg’s threat creation came from the defensive third and midfield, with several balls into the attacking third and even a few long passes into the opposition’s penalty area. Van den Berg produced the majority of his threat through forward passes.

Sepp van den Berg was by far the best defender in the Preston team in the 2021-22 EFL Championship season. However, after his transfer from PEC Zwolle, he has not played in a top-flight league. So, another loan move from Liverpool, this time to a team in one of the top five leagues in Europe, would give a clear picture of his abilities as a centre-back.

The post Under the microscope: Does Sepp van den Berg deserve a backup role at Liverpool next season? appeared first on Football analysis, news, betting and opinion from Liverpool.