Tottenham Hotspur managed to qualify for the UEFA Champions League this season thanks to a fourth-place finish last season in the Premier League. At one stage, they looked like missing out on European football altogether. That was until Antonio Conte arrived. He not only steadied the ship but propelled it to a top-four spot, pipping Arsenal in the process. They conceded 40 goals, which was about similar to what xGA estimated. One of their key defenders was the Colombian star, Davinson Sanchez. Despite the arrival of Clement Lenglet on loan from Barcelona, many feel that the former Ajax man will play a more important role. 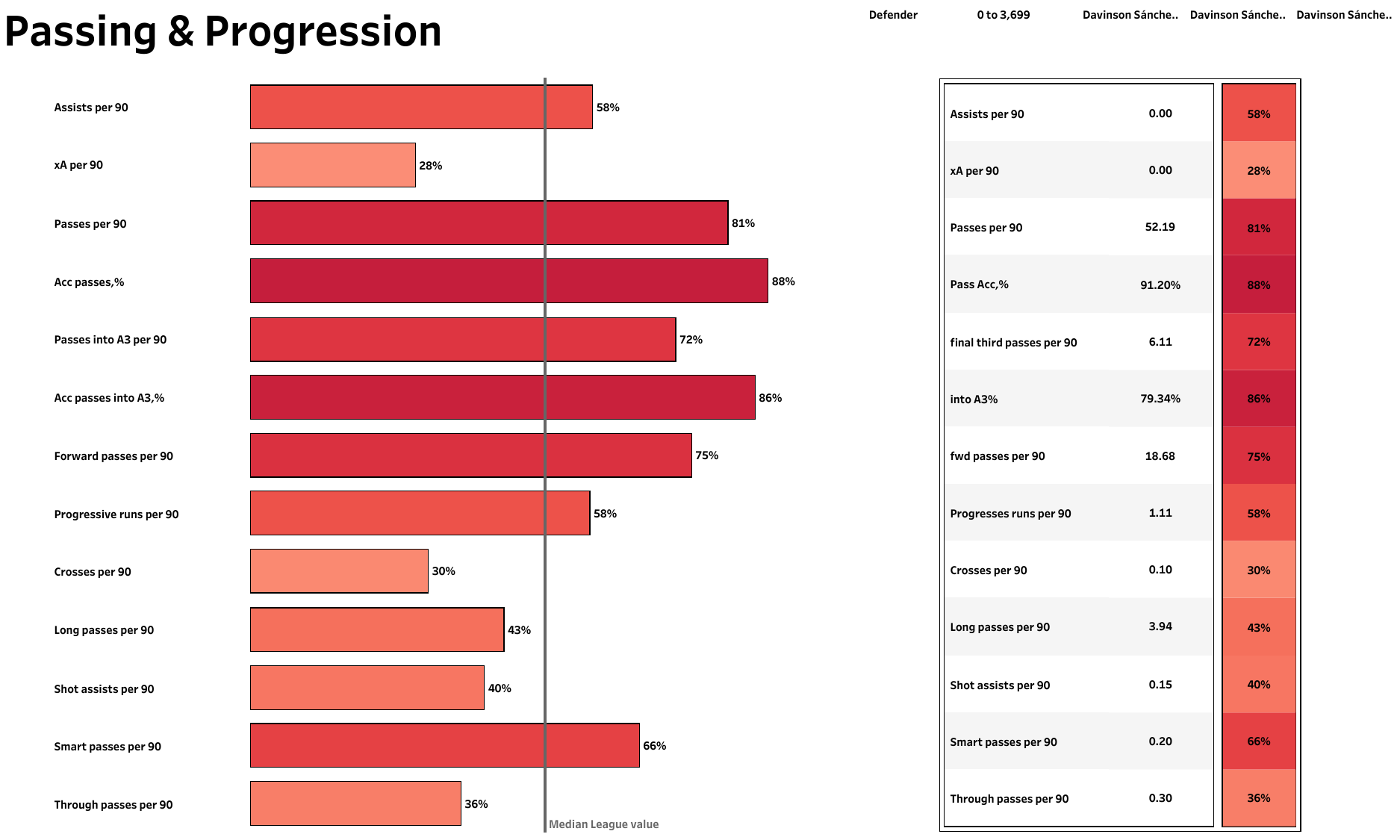 Sanchez made 32 appearances for Tottenham Hotspur in all competitions last season, including 23 in the Premier League. He netted two goals in the season. He was an active passer on the ball for the team, attempting more than 52 passes per 90 and completing above 91% of them. The Colombian man was not shy to take risks with ball progression either as he completed 79% of the 6.11 passes into the final third. He made 1.11 progressive runs per 90, which put him in the top half among defenders for this category. 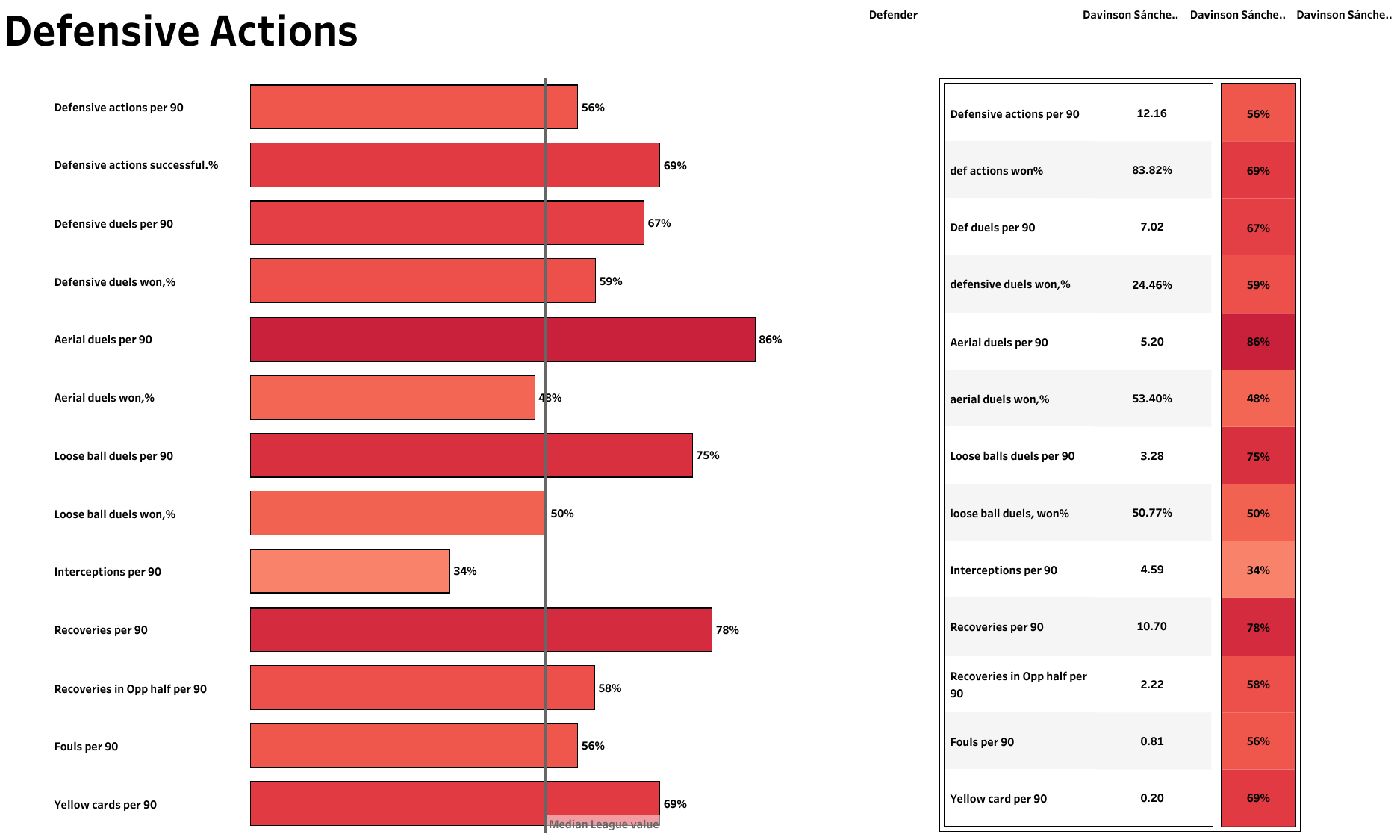 Sanchez attempted over 12 defensive actions per 90 and won just under 84% of them, the latter putting him in the upper third among defenders. He won 24.5% of his 7.02 contested defensive duels per 90. His height of 187 cm helped him contest 5.2 aerial duels per 90, although he won only 53.4% of them, which placed him in the bottom half. The Colombian centre-back also competed in 3.28 loose ball duels per 90, winning in just more than half his battles. He made 10.7 recoveries per 90, which comfortably placed him in the upper quartile of defenders. 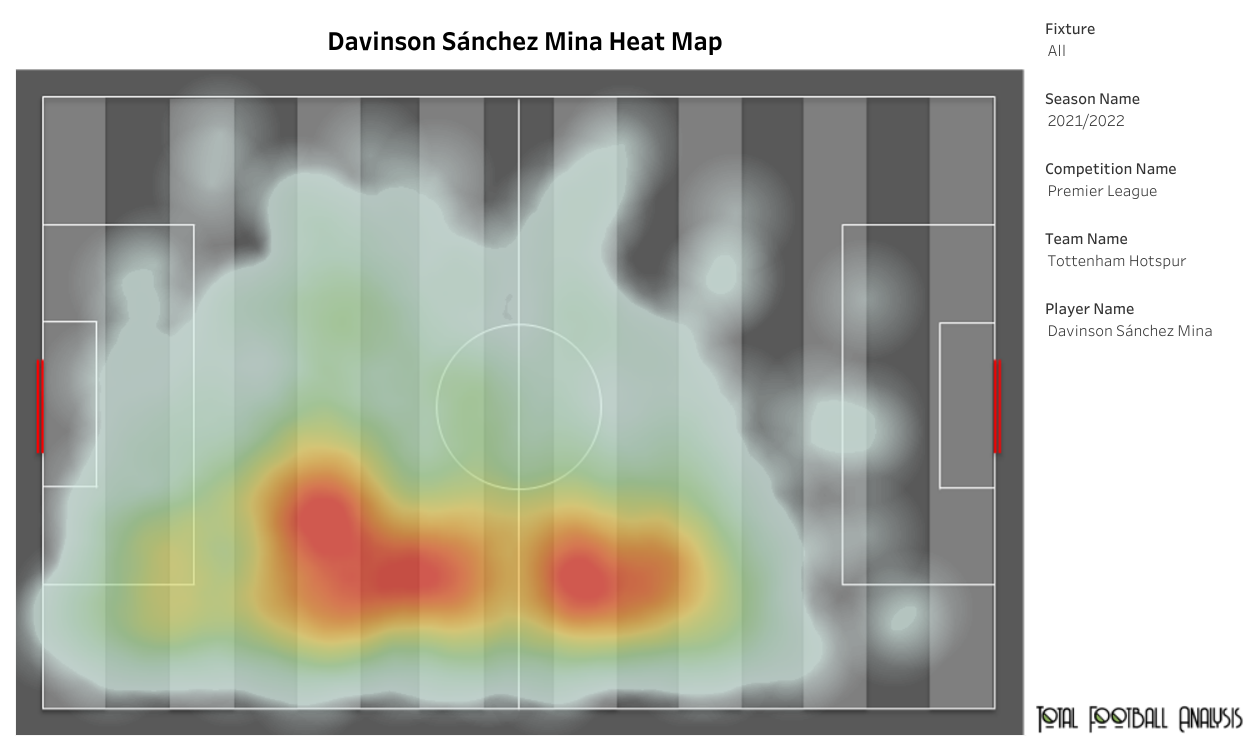 Sanchez operated as a right centre-back for the majority of the last season under both Nuno Espirito Santo and Antonio Conte. He often provided cover for the right-back or right wing-back in a back four or back three, respectively, whenever the latter was in an advanced position. He attempted 10.3 pressures per 90, 4.36 tackles and interceptions per 90, an astounding 4.2 clearances per 90 and 1.93 blocks per 90. 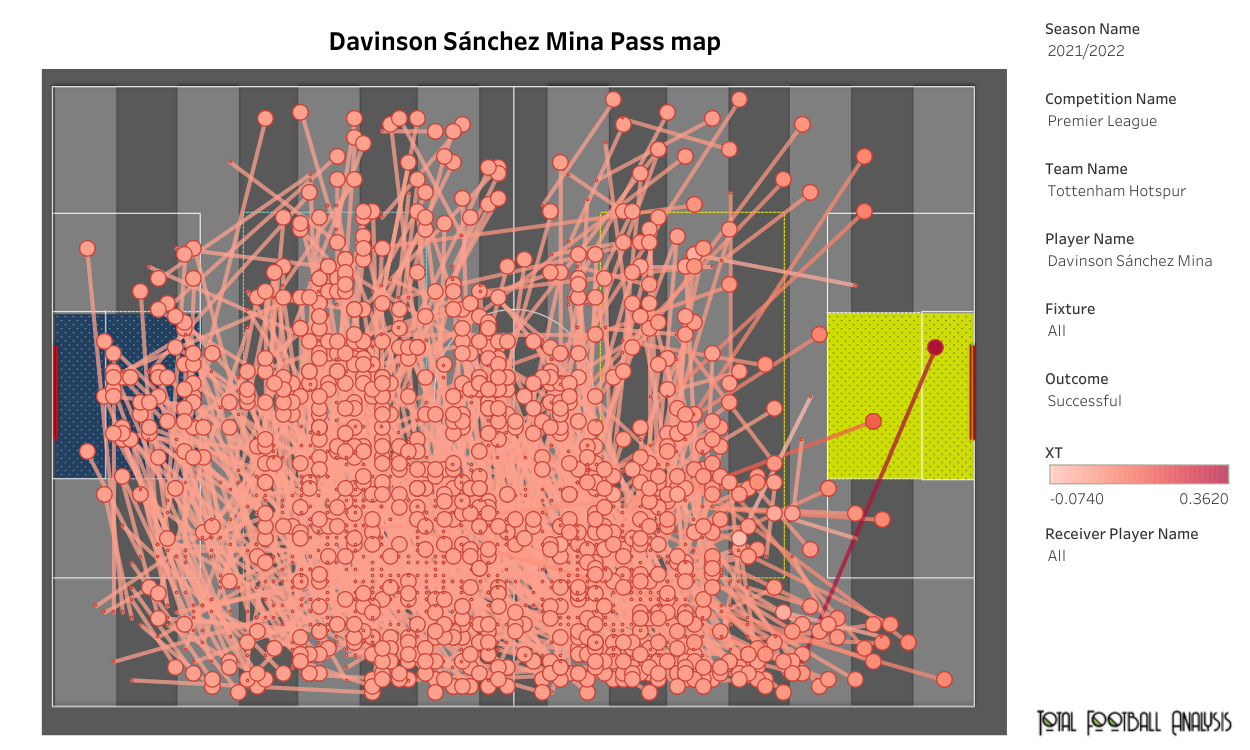 Sanchez was a reliable passer, having completed more than 91% of his attempted passes. A good chunk of these went forward, and he rarely misplaced these passes in dangerous areas. He completed 2.87 progressive passes per 90, 4.31 passes into the final third per 90, 5.69 progressive carries per 90 and 1.22 carries into the attacking third per 90.

Davinson Sanchez was an important player for Tottenham Hotspur in the defensive department, helping the team secure a return to the UEFA Champions League after a period of two years. This season, Antonio Conte will hope for more of the same from the 49-capped Colombian international.

The post Under the microscope: Could Davinson Sanchez cement his place in Tottenham’s starting XI this season? appeared first on Football analysis, news, betting and opinion from Spurs.