Manchester City have a plethora of attacking talent at their disposal with the likes of Jack Grealish, Riyad Mahrez, Bernardo Silva and Phil Foden capable of playing across the front line, not to mention Erling Haaland and Julian Alvarez as well, who will arrive this summer. And this is excluding Raheem Sterling and Gabriel Jesus, who may be heading out of the club before the start of the season. However, one name who was promoted from City’s youth squad into the first team in July 2021 and has struggled for minutes is Cole Palmer. As a result, he could be heading for the exit door on a loan deal elsewhere. 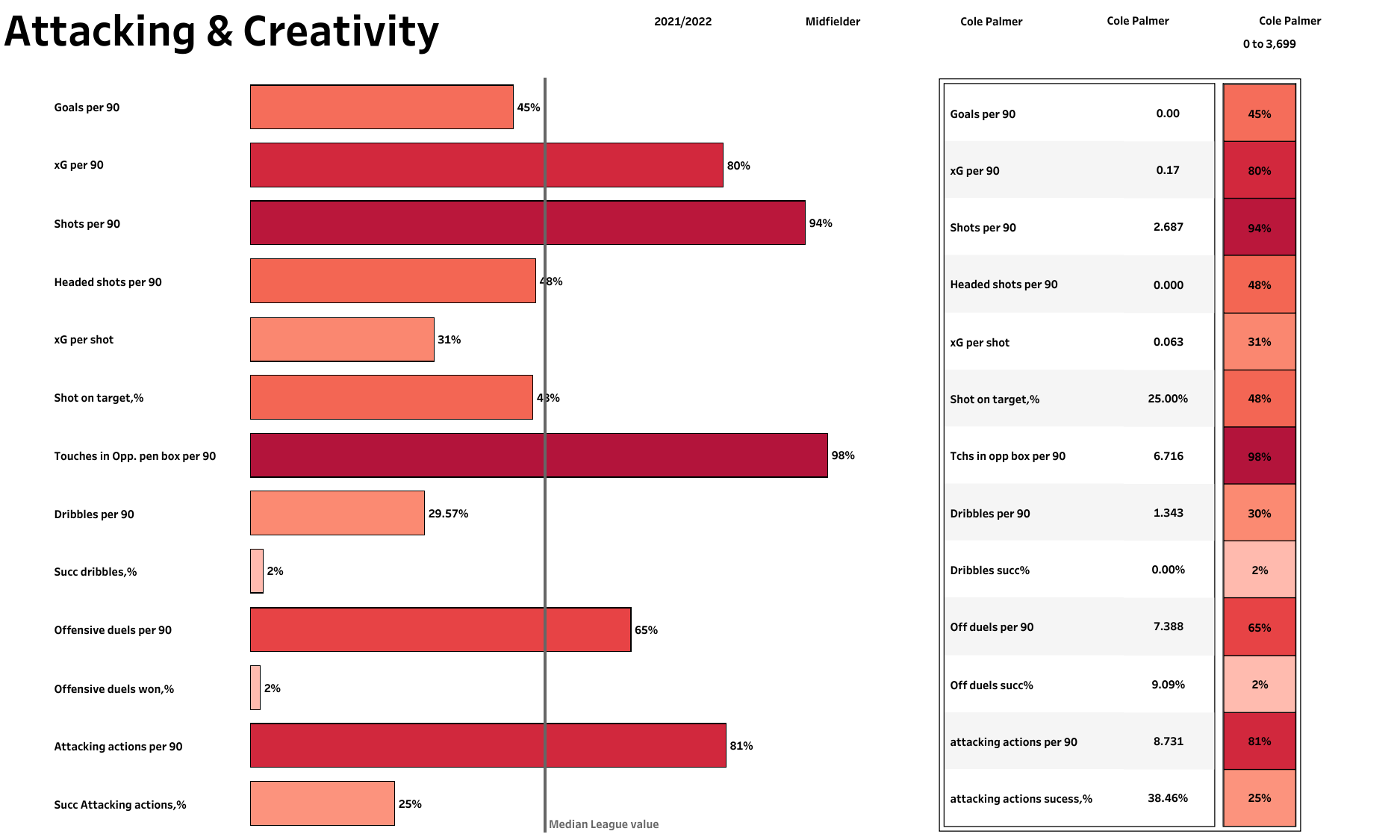 Palmer played four games for Manchester City in the recently concluded 2021-22 Premier League season, of which only one was a start. He was on the pitch for only 123 minutes as he played fewer minutes than what Takumi Minamino managed to get for Liverpool. He may not have scored or assisted in the league, but he still made an impact. Palmer took 2.69 shots per 90, which was in the top 6% for midfielders. He was placed in the 98th percentile for touches in the opponents’ penalty box, with a whopping 6.72 per 90 to his name. He also attempted 8.7 attacking actions per 90 which firmly put him in the upper quintile. 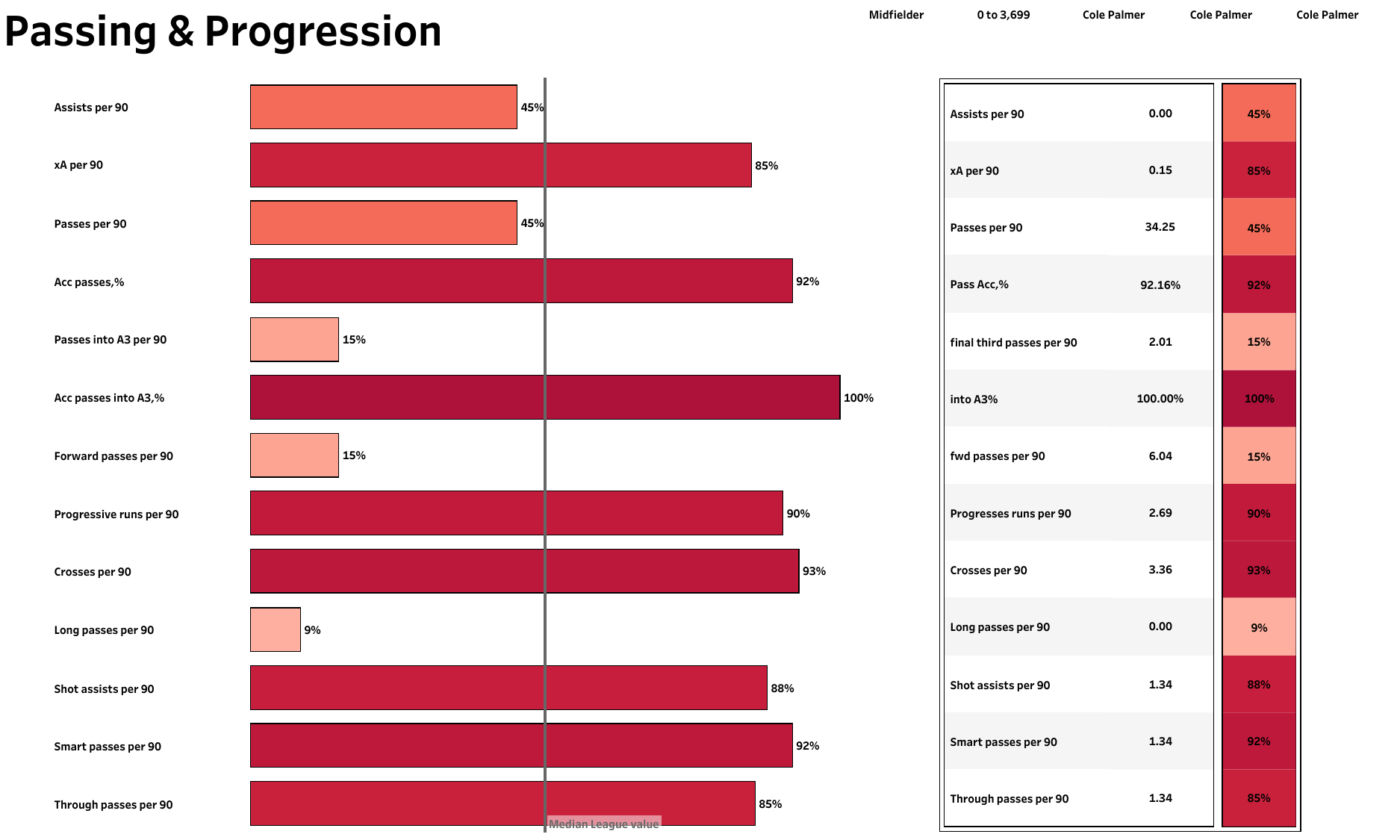 Palmer was rather involved in the build-up play for the Cityzens, averaging more than 34 pass attempts per 90 and completing a whopping 92% of them. He made 2.69 progressive runs per 90, displaying his willingness to go forward at every opportunity. He also delivered 3.36 crosses per 90, which put him in the top 7% among midfielders. Palmer generated the same number of shot assists per 90, smart passes per 90 and through balls per 90, with 1.34 to his name across all three metrics. He was ranked in the 85th percentile or above in all these three categories. 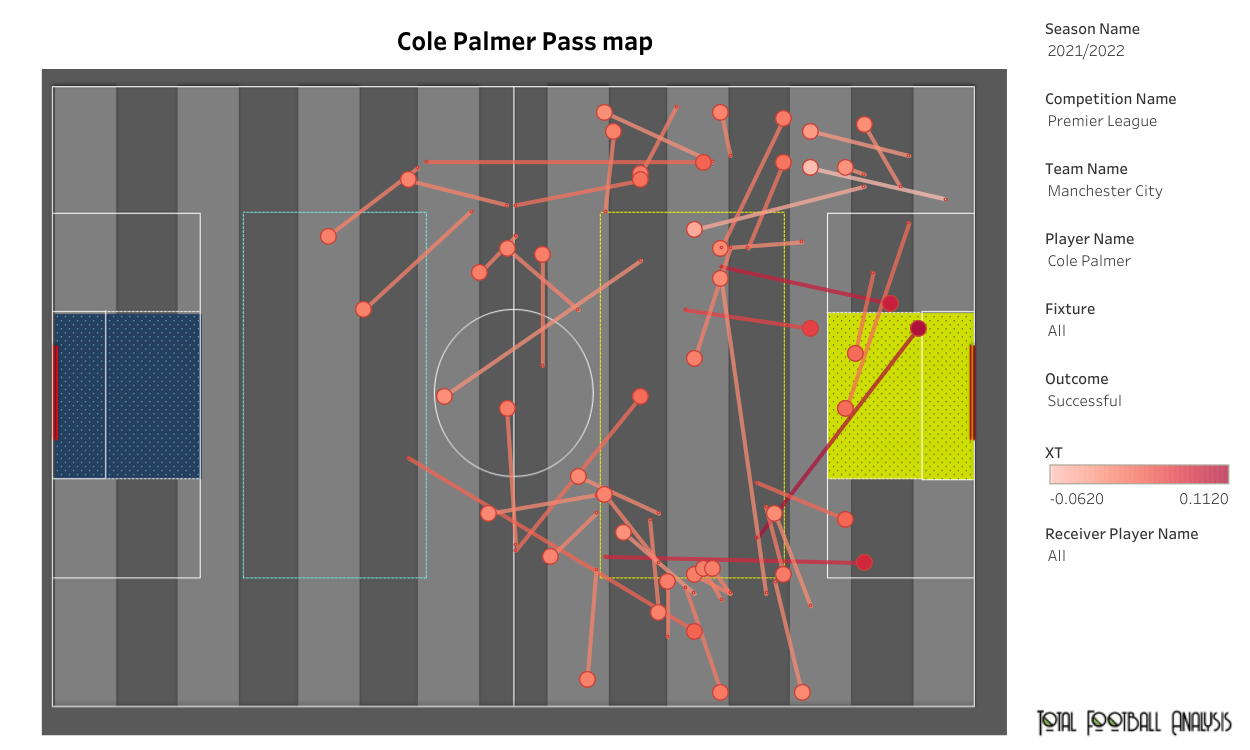 As seen from the above pass map, most of Palmer’s successful passes happened in the final third. In the very limited game-time he received, Palmer completed five progressive passes and four passes into the penalty area. On the defensive end, he attempted 29 pressures and four tackles & interceptions. 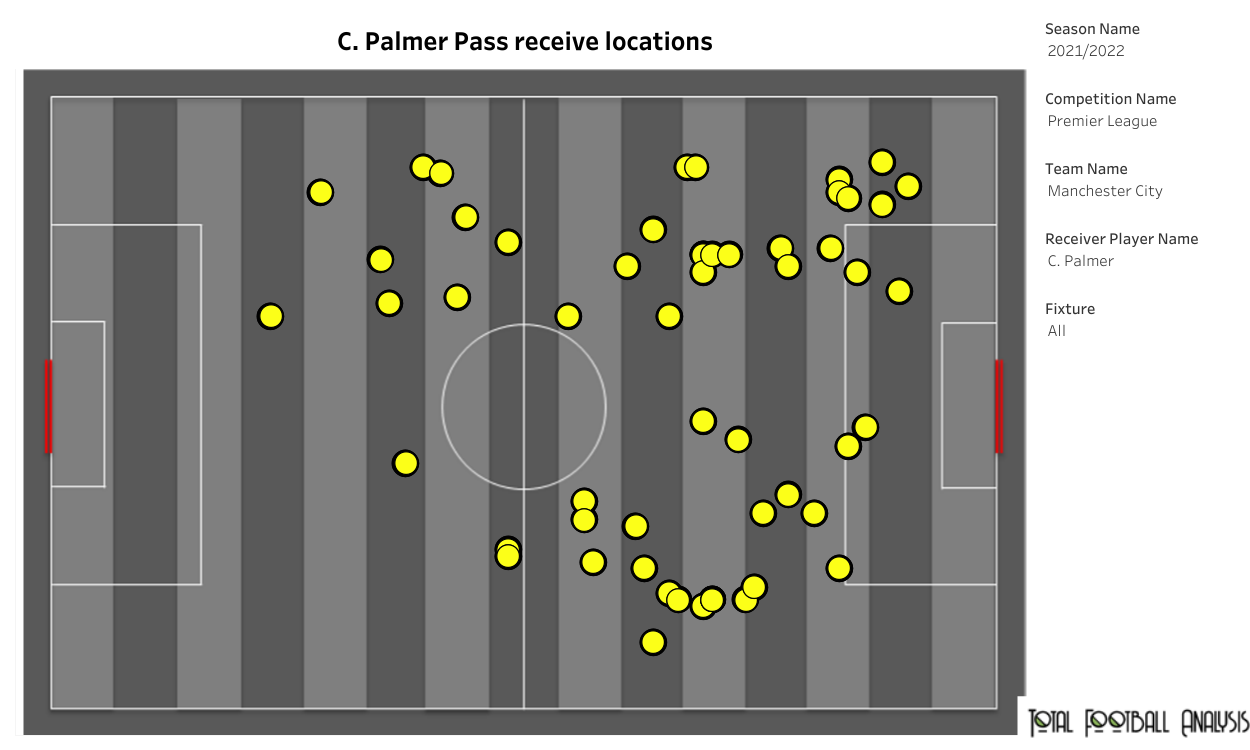 Palmer received the vast majority of the passes in the final third. His advanced positioning made him receive 21 progressive passes from his teammates. On a per 90 basis, that’s a whopping 15, which is the joint highest in the City squad along with James McAtee.

Based on the very small sample size, Cole Palmer should leave Manchester City on a loan deal, preferably to a team in the lower reaches of the Premier League. Regular game-time would strengthen his case to be picked in England’s U21 side for the U21 European Championship in June 2023.

The post Under the microscope: Cole Palmer – Why the youngster should go out on loan appeared first on Football analysis, news, betting and opinion from Man City.