One of the few highlights of Everton’s inconsistent season in the Premier League has been the rise of Anthony Gordon. From breaking into Everton’s first team under Benitez to becoming an undisputed starter under Lampard, the 21-year-old has been enjoying an impressive campaign on an individual level. Many fans and pundits believe that Gordon can reach even greater heights under Lampard, given the former Chelsea manager’s knack for developing young players into prominent starters.

Although some of the recent performances have been inconsistent, Everton have displayed that they are slowly making progress. However, the Toffees would need to produce a string of wins if they are to survive in the Premier League. To cope with multiple injuries, Lampard has had to change his system every other match, and despite those changes, Gordon has been a regular feature in the starting XI.

The 21-year-old has started every game under Lampard and has been an impressive performer in whichever position he is deployed. So far, Gordon has made 21 appearances in the league, scoring three goals and laying two assists. Lampard has praised Gordon, stating that he is a top talent. Gordon himself has hailed his manager as a ‘tactical genius’.

Let’s take a look at some stats to gauge the impact of Lampard’s undisputed starter.

In the above viz., we can see Gordon’s overall stats. His most noteworthy attacking stats are successful attacking actions, dribble success rate, and offensive duels success rate. Although most of his passing & progression stats are below the league median, Gordon has made many impactful performances for the Toffees. Some of the below-average stats can be attributed to the fact that Everton under Benitez were focused more on protecting their own goal than attacking the opposition. Gordon is an explosive runner with the ball and can pick out accurate crosses. He is technically impressive and can hold the ball in tight spaces. 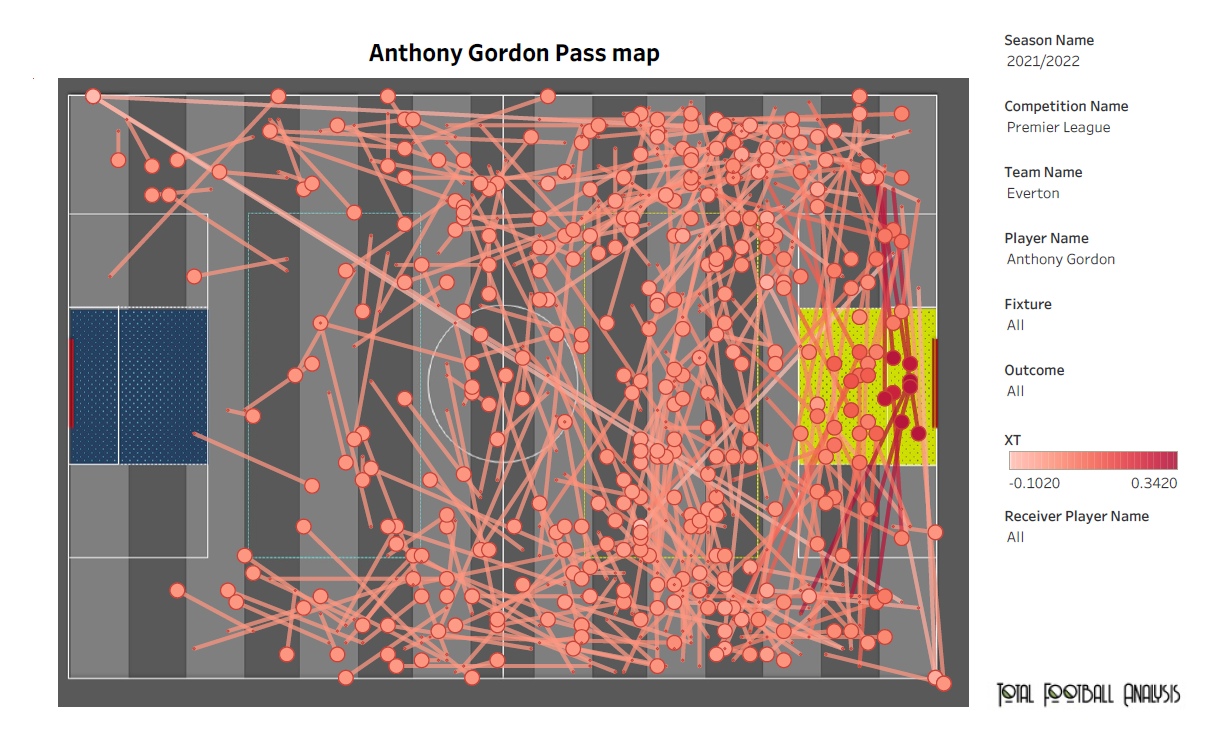 The above viz. highlights the areas of the pitch where Gordon has delivered his wide array of passes. We can see his multiple threatening crosses into the opposition box from both the left and right wings. Although he is ranked at the 42nd percentile in terms of progressive runs per 90, Gordon is capable of pulling his team high up the pitch with his explosive runs. The 21-year-old prefers making crosses near the box from the flanks rather than cutting inside. His style of play is closer to a traditional winger than an inside forward. 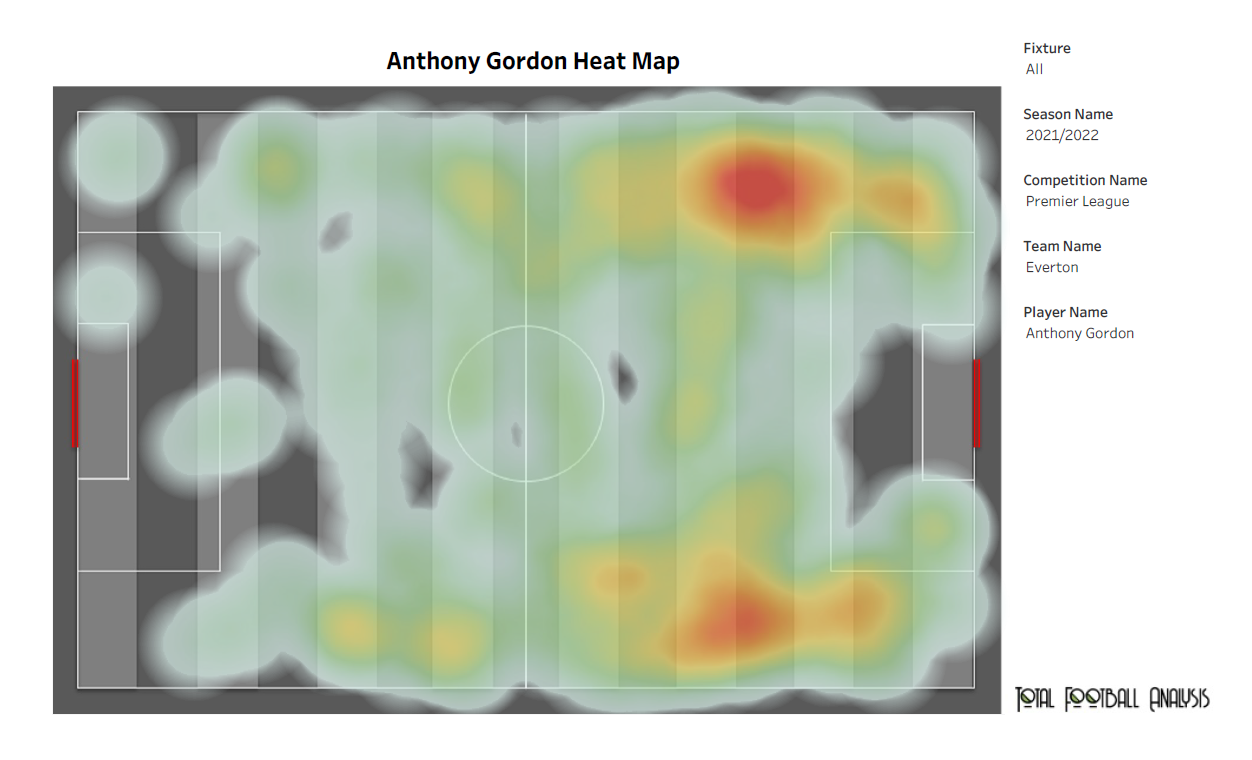 So far this season, Gordon has featured mostly as a winger on both the left and right wings. In the above viz., we can see Gordon’s areas of activities on both the flanks. The 21-year-old is a competent runner who can stretch the opposition defense with his runs. In Everton’s recent defeat against Manchester City, Gordon impressed as a left-winger. He caused many problems to City’s defense, making multiple purposeful runs. At the start of the season, Gordon was advised to work on his stamina, and it seems to be paying off, as evident in the above viz.

While he is still maturing as a player, Gordon has demonstrated through his explosive and technical style that he could be an important player for the Toffees in the upcoming matches. Although there is still a lot of scope of improvement in his overall attacking threat and decision-making in the final third, Gordon has already become one of the first names in Lampard’s starting XI and an undisputed starter.