Manchester City brought Argentine international striker Julian Alvarez to the English Premier League. The 22-year-old was signed from River Plate and is playing his first season in European football. Manchester City signed Erling Haaland in the summer and allowed Gabriel Jesus to leave the club. Julian Alvarez was signed as a second striker. Pep Guardiola has already presented the 22-year-old with a few opportunities and the striker has shown his worth. The Manchester City scouting team is getting a little praise for spotting this talent. Now we look at some of the stats for the player that shows how Alvarez has made a start in European football. 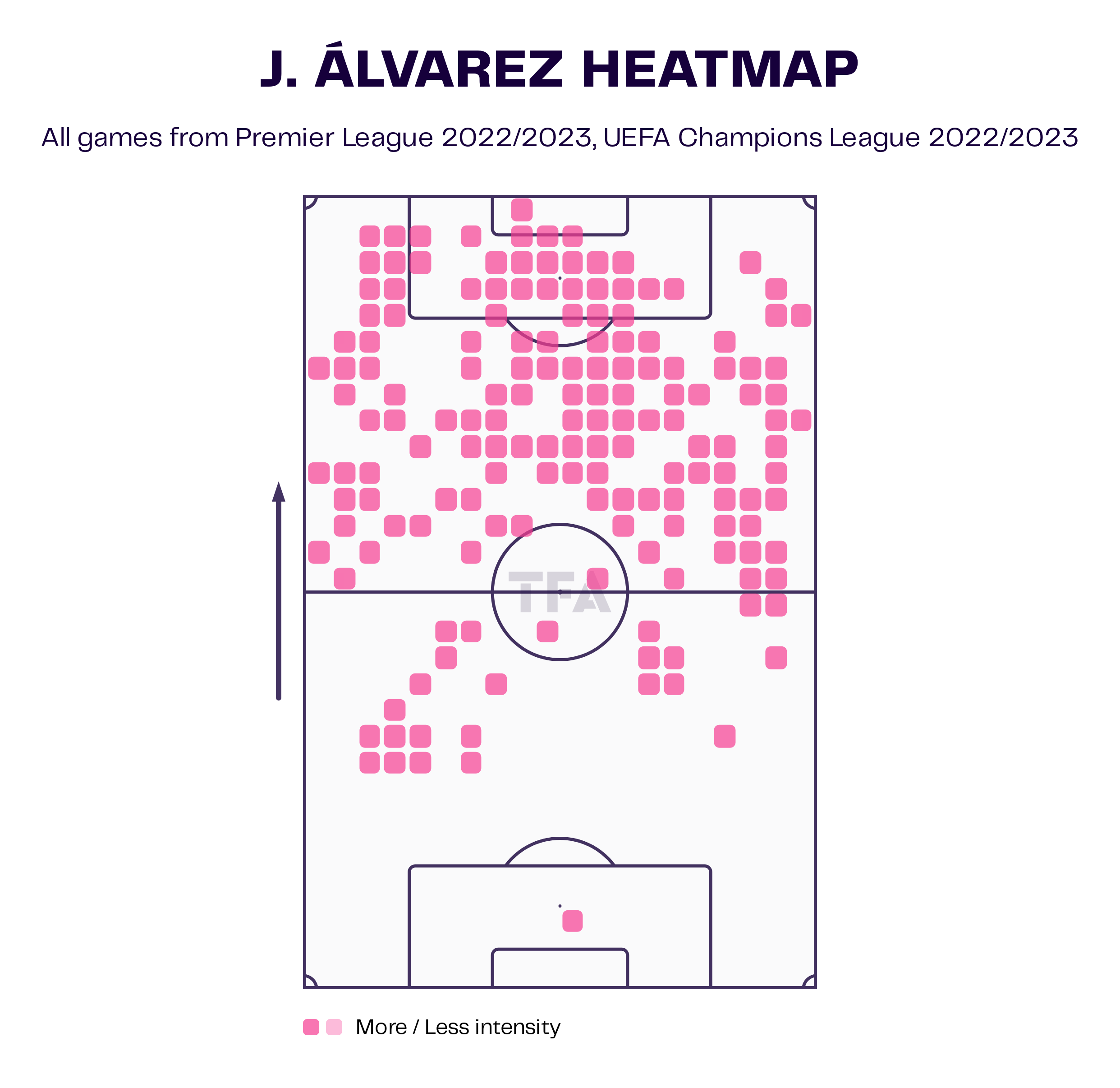 Julian Alvarez has made seven appearances for the defending English Premier League champions. He started in one match and came off the bench in the other games. The 22-year-old has scored a goal and has provided two assists so far. Julian Alvarez started on the right side in his first start for the club. In the most recent matches, it was observed that Pep Guardiola went with a front two for the last phases of the match. He might start a match with two strikers and give more minutes to his young striker. 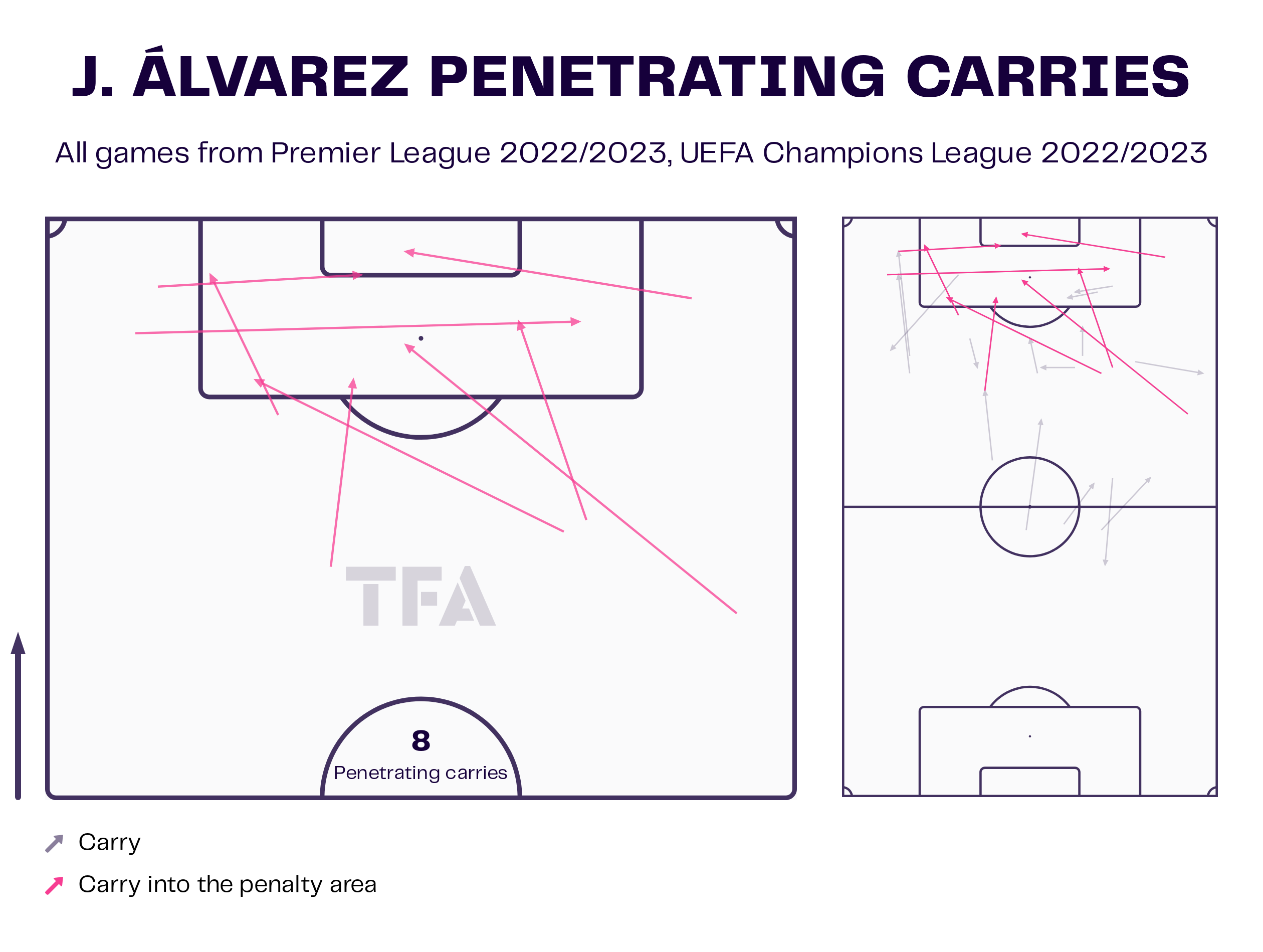 As mentioned earlier, Alvarez has played on the flanks in most of his appearances. This has allowed him to make eight penalty area penetrating runs. He has made these runs from both flanks and one or two have been made from the centre.

Julian Alvarez has spent 245 minutes on the pitch and averages 3.67 shots per 90 minutes with a 50% accuracy rate. Overall, he has attempted ten shots and that has generated an xG rate of 1.65. Of the ten attempts, seven have come from inside the penalty box. Most of the attempts have been made from the right side. 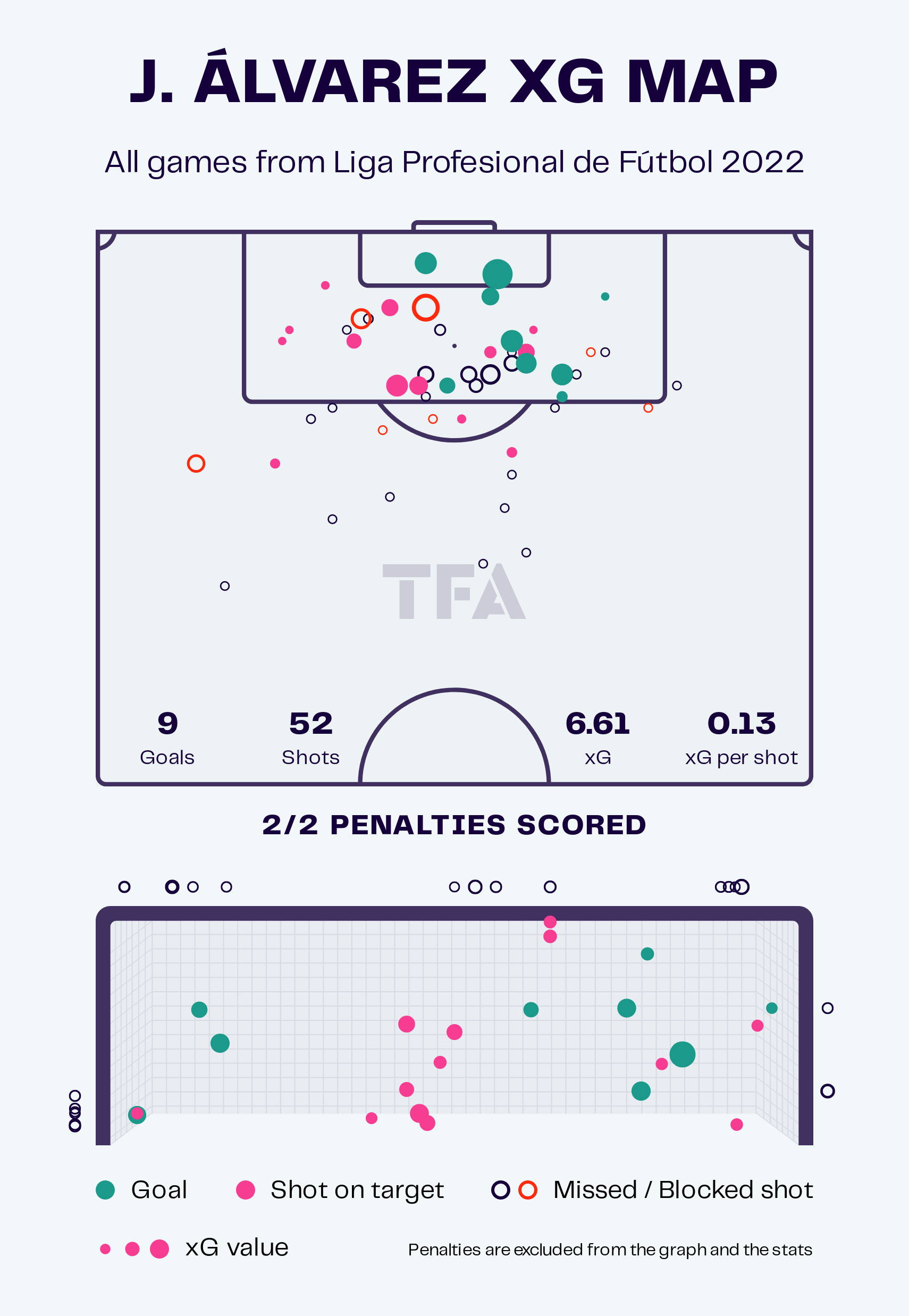 Last season, he scored 11 goals in just 17 league appearances for River Plate. The shot average would have been above four per 90 minutes. Julian Alvarez will look to score more goals and help his side win silverware this season. 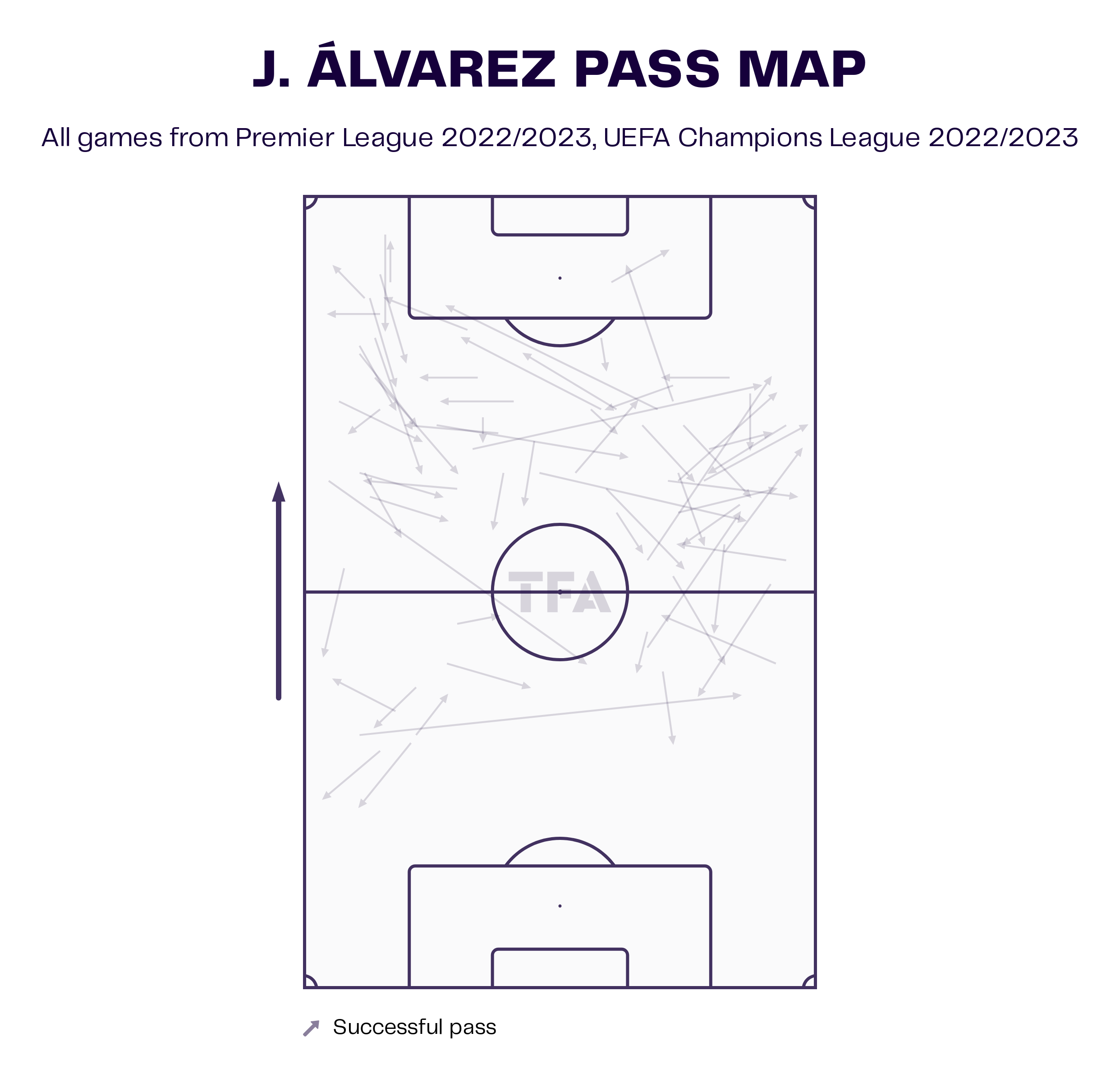 The passing stats have been decent, and the player has two assists to his name. Alvarez averages 29.4 passes per 90 minutes with a high accuracy rate of 86.3%. These include 2.6 passes to the penalty area.

Julian Alvarez has made a good start to his European and Manchester City career. He is getting used to the pace of the game and is adjusting to the game plan of Pep Guardiola. The Spanish manager will be happy to have such a good replacement for Erling Haaland in the team. Julian Alvarez will be eyeing more starts in the future.