Liverpool haven’t started the English Premier League season as they wished for. The Reds have dropped points in four games and are sitting in the mid-table. A few injuries and players’ form have affected the results of the Merseyside club. One of the players who has struggled to start the season well is their Brazilian defensive midfielder, Fabinho. Liverpool were short of midfield options from the start. Injuries to Thiago, Alex Oxlade-Chamberlain, and Naby Kieta limited the options for Klopp in the midfield. Fabinho was their best midfielder on the pitch in these games, but the Brazilian hasn’t made the start that the manager had expected. He had a relatively slow start to last season. We look at some of the stats that show how the player has featured so far this season. 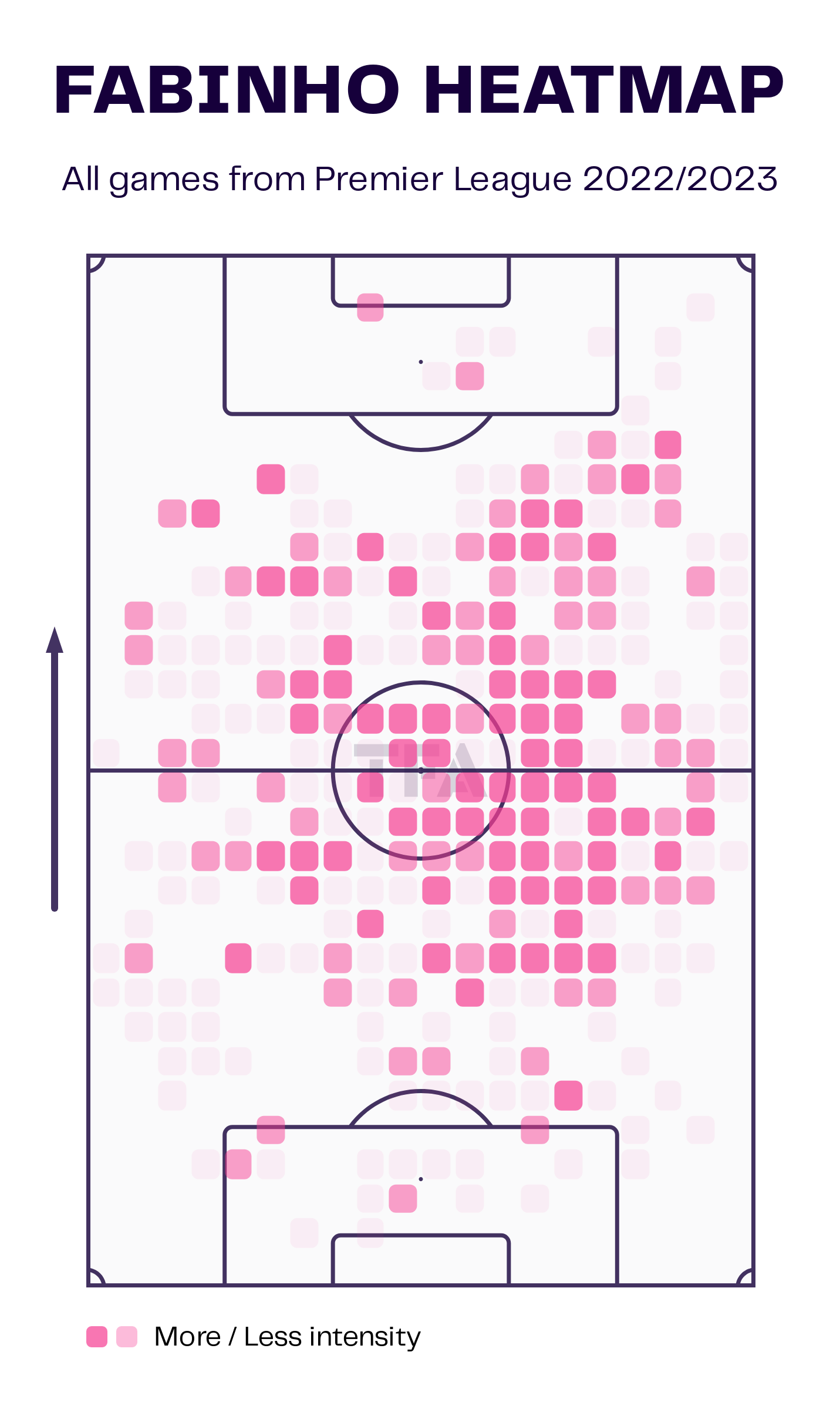 Fabinho has featured in every game played by Liverpool in the English Premier League this season. He plays as a defensive midfielder. The player is yet to make any goal-scoring contributions this season. Last season, things were a bit different for the Brazilian. He scored a goal and provided an assist in the first six matches of the English Premier League season. He ended the season with five goals and an assist.

Fabinho sits in the middle of the park and distributes the ball in different directions on the pitch. He averages 59.7 passes per 90 minutes with a 90.6% accuracy rate. These passes include 7.6 passes to the final third and 1.44 passes to the penalty box. Last season, the average number of passes per 90 minutes in the first six matches was 46.64%. This season, the midfielder has held the ball more and has been more involved in the play. 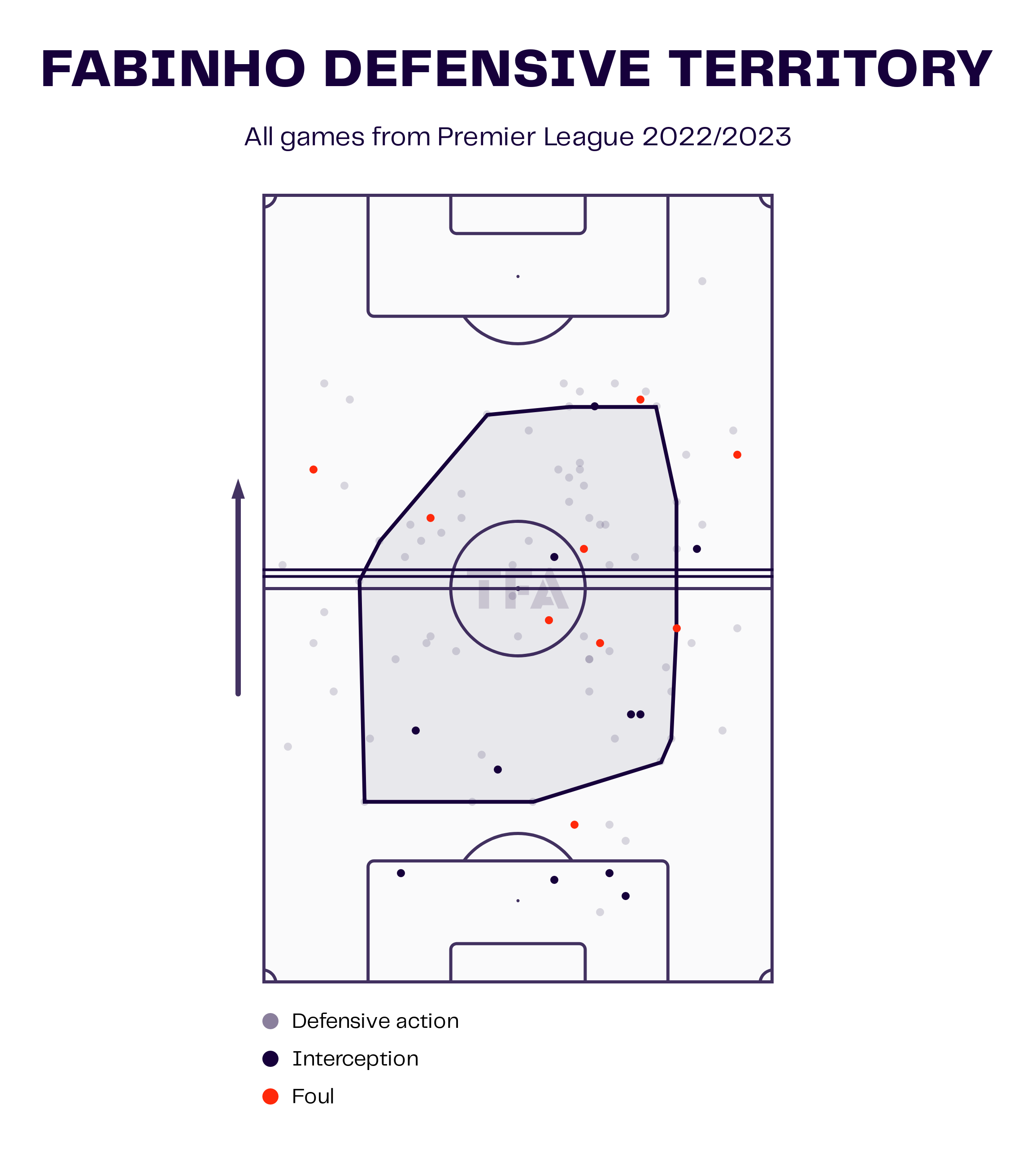 Liverpool players had to defend their goal on more occasions than they did in the first six games of last season. Fabinho’s defensive form has taken a dip as he has only won 26.7% of his duels and 47.1% of his loose ball duels. Last season, he had an overall win percentage of 58.5% for aerial duels and 60.6% for loose ball duels. The interception rate is quite similar and averages around 4.15 interceptions per 90 minutes. The above viz shows that Fabinho has the responsibility of defending the central areas. Most of the fouls have been committed in the attacking half or just near the half line. He is not afraid of taking a booking for his team. Fabinho will look to improve his win percentage in the coming matches. 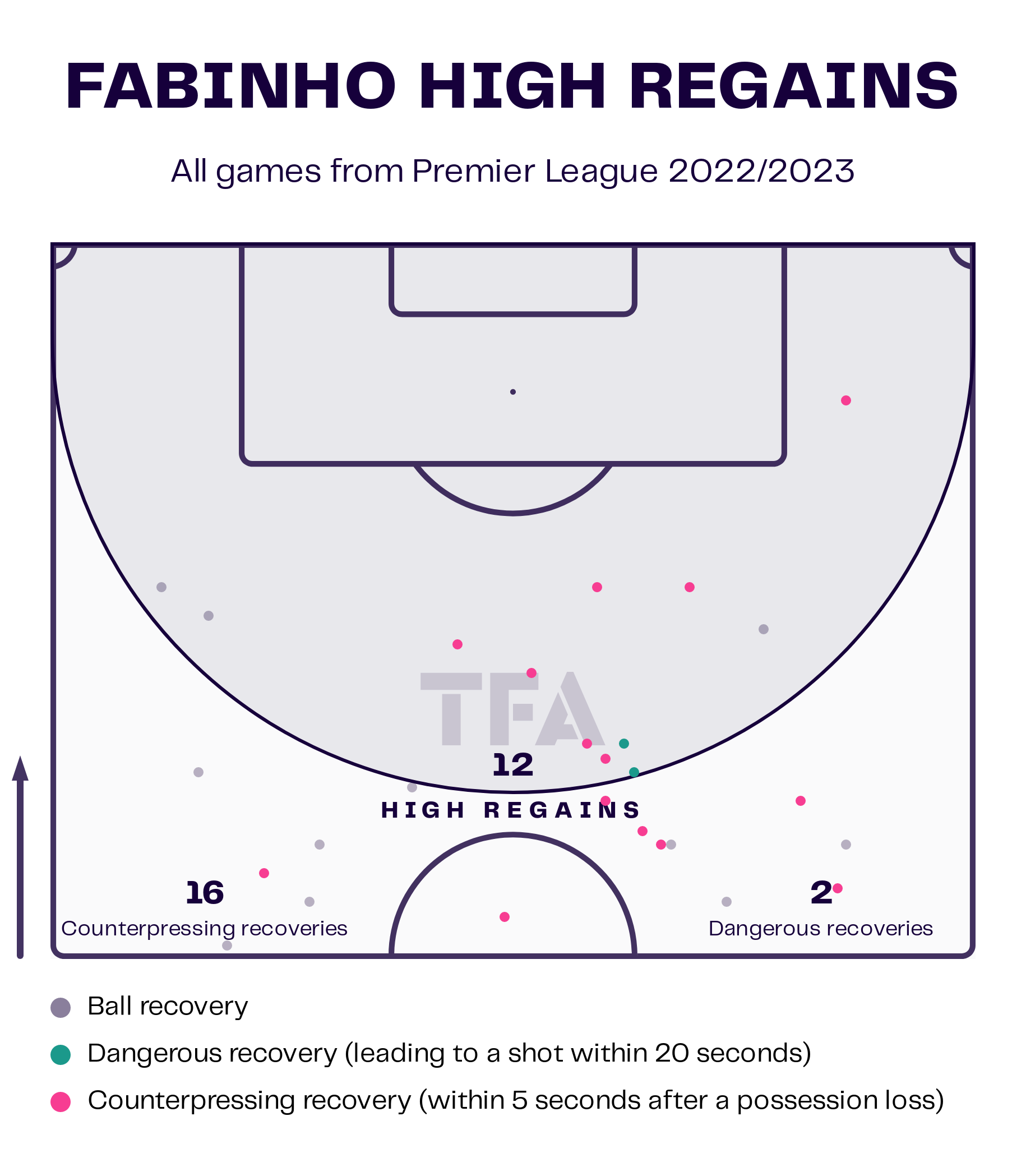 Liverpool plays an attacking style of football and the players have to recover the ball to continue the momentum of the attack. Fabinho’s recovery rate is a bit similar to last season. He averages 9.7 recoveries per 90 minutes and 54% of them have been made inside the attacking half. The player has made 12 recoveries in the attacking third and will look to trouble the opposition more in the coming matches.

Liverpool’s slow start to the season has affected the form of the players. Fabinho has been a regular under Jurgen Klopp and has shown consistency. The player will look to get back to form and help his side challenge for the title.

The post Under the microscope: Analysing Fabinho’s slow start to the 2022/23 season appeared first on Football analysis, news, betting and opinion from Liverpool.