Liverpool started their UEFA Champions League 2022/23 campaign with a disappointing 1-4 loss away at Napoli. Jurgen Klopp’s men made mistakes and performed below their usual standards. This cost them the game and has put the manager under a lot of pressure.

How many counterattacks were attempted by Napoli? How many recoveries were made in the final third by Liverpool? 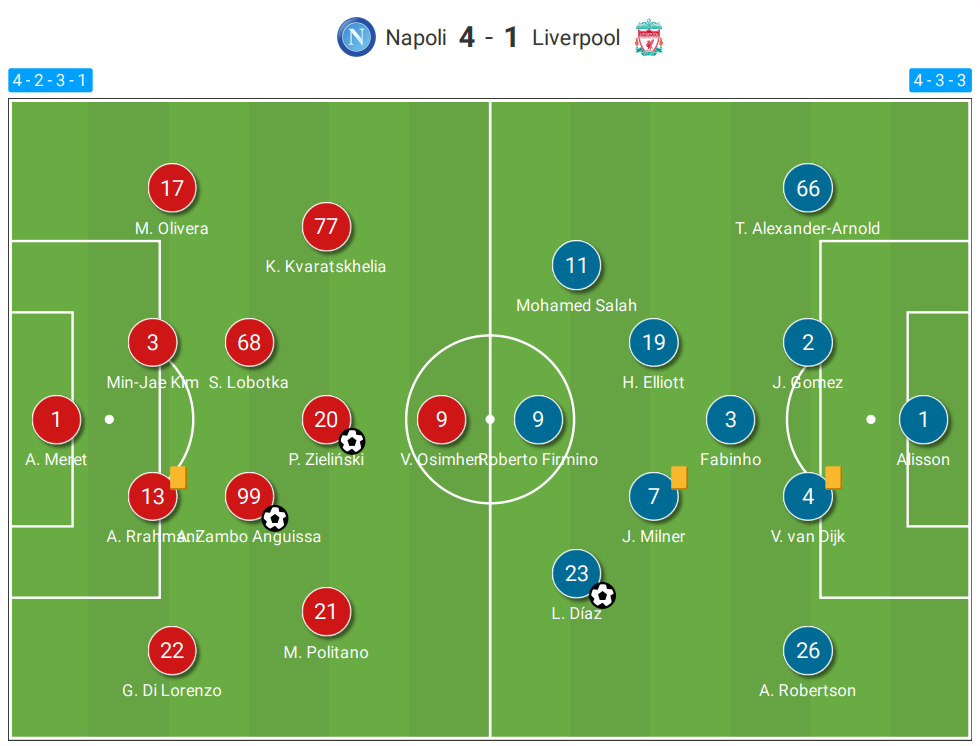