Chelsea have been knocked out of the UEFA Champions League after losing to Real Madrid on an aggregate score of 5-4 in the quarterfinal stages of the competition. The second leg between the two teams went to extra time and ended in favour of Chelsea, 3-2.

What were the xT creation zones for Real Madrid? How many crosses were attempted by Chelsea? 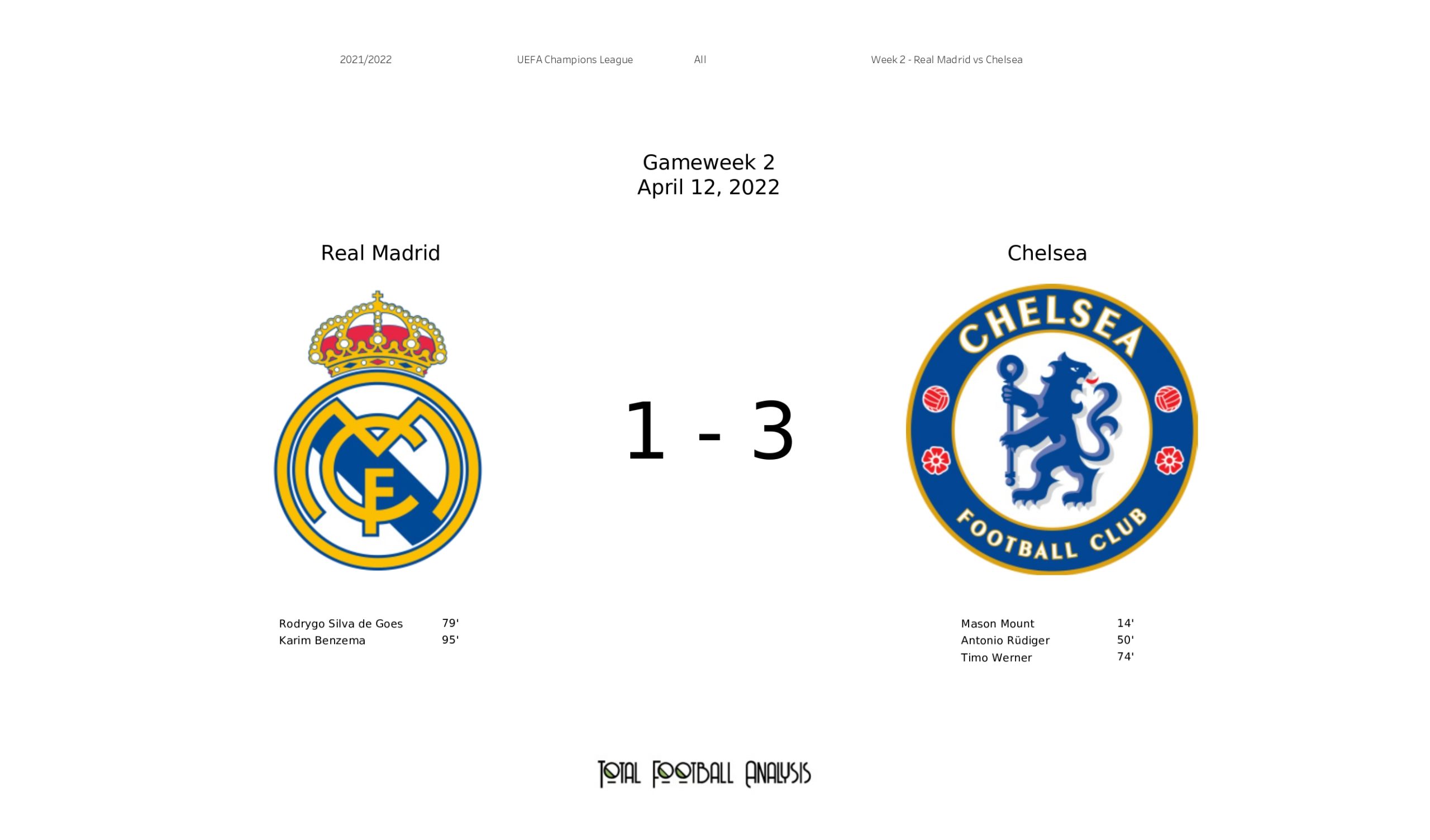