Manchester United have shown their interest in signing Porto forward Evanilson to partner Cristiano Ronaldo in the attack. After missing out on Benfica’s forward Darwin Nunez, the Red Devils are looking for alternatives who could become a part of Erik ten Hag’s squad for the next season. Evanilson joined Porto from the Brazilian club Tombense in 2020. He became a regular in the squad last season and helped Porto win the Portuguese league title. The 22-year-old also played in the UEFA Champions League, but his side failed to qualify for the knockout stages of the competition. Luis Diaz was their main threat, but the player left for Liverpool in the January transfer window. Evanilson wasn’t a regular in the squad until Diaz’s departure, and he scored three goals in 12 league appearances. After Diaz’s departure, he made 18 appearances in the league and scored 11 goals. 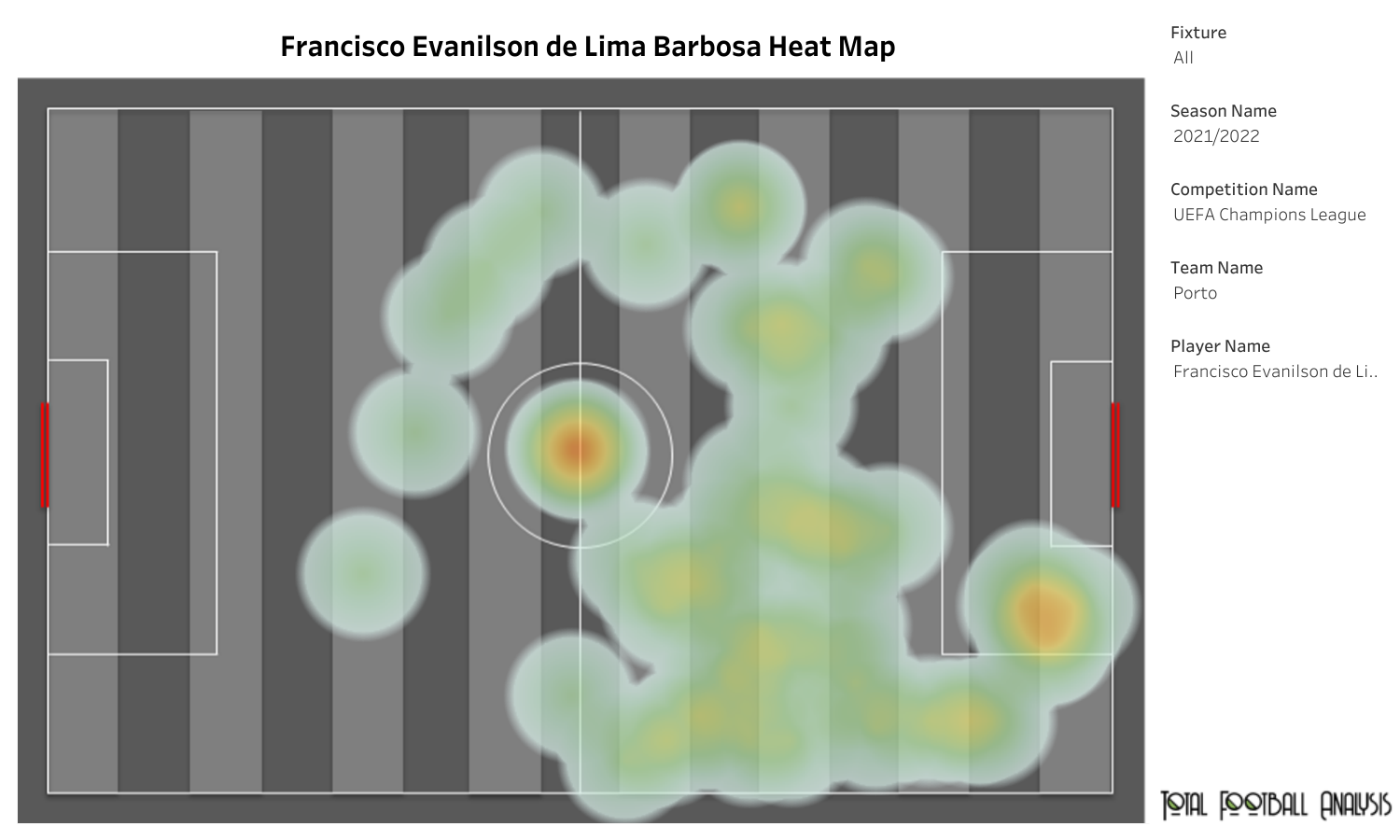 In the UEFA Champions League, Evanilson made four appearances but was unable to score a goal. The above viz shows the heat map of the player in the four matches he featured in. Porto used to play with two strikers at the top, and Evanilson was accompanied by Mehdi Taremi. The average position of the player shows that he featured on the right side of the attack. He often penetrated the opposition’s penalty box and took eight touches inside it. 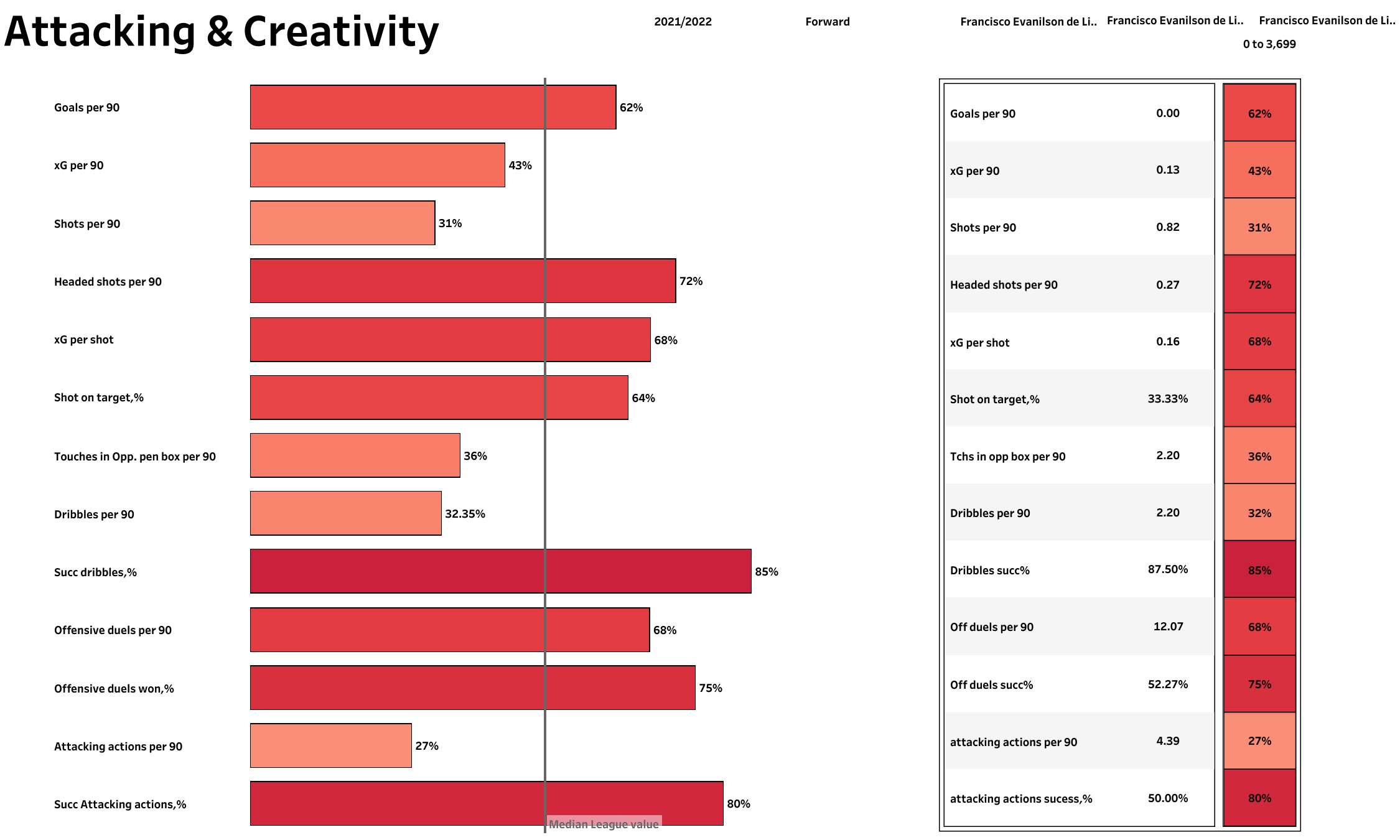 The above viz shows the attacking stats of the player in comparison to other forwards in the league. When looking at the above chart, the general rule is that the longer the bar, the better the performance — you can see the league average in the middle, and the % is the percentile rank the player is in. He was involved in 4.39 attacking actions per 90 minutes with a success rate of 50%. Porto played alongside AC Milan, Atletico Madrid, and Liverpool in the group stages of the competition. All three sides had good defence and didn’t allow their opponents to attempt a lot of shots. Evanilson also attempted only three shots in the elite competition, with a 33.33% shot accuracy rate. He attempted eight dribbles and completed seven of them. Porto’s poor run in the competition was the reason behind his poor form in the competition. 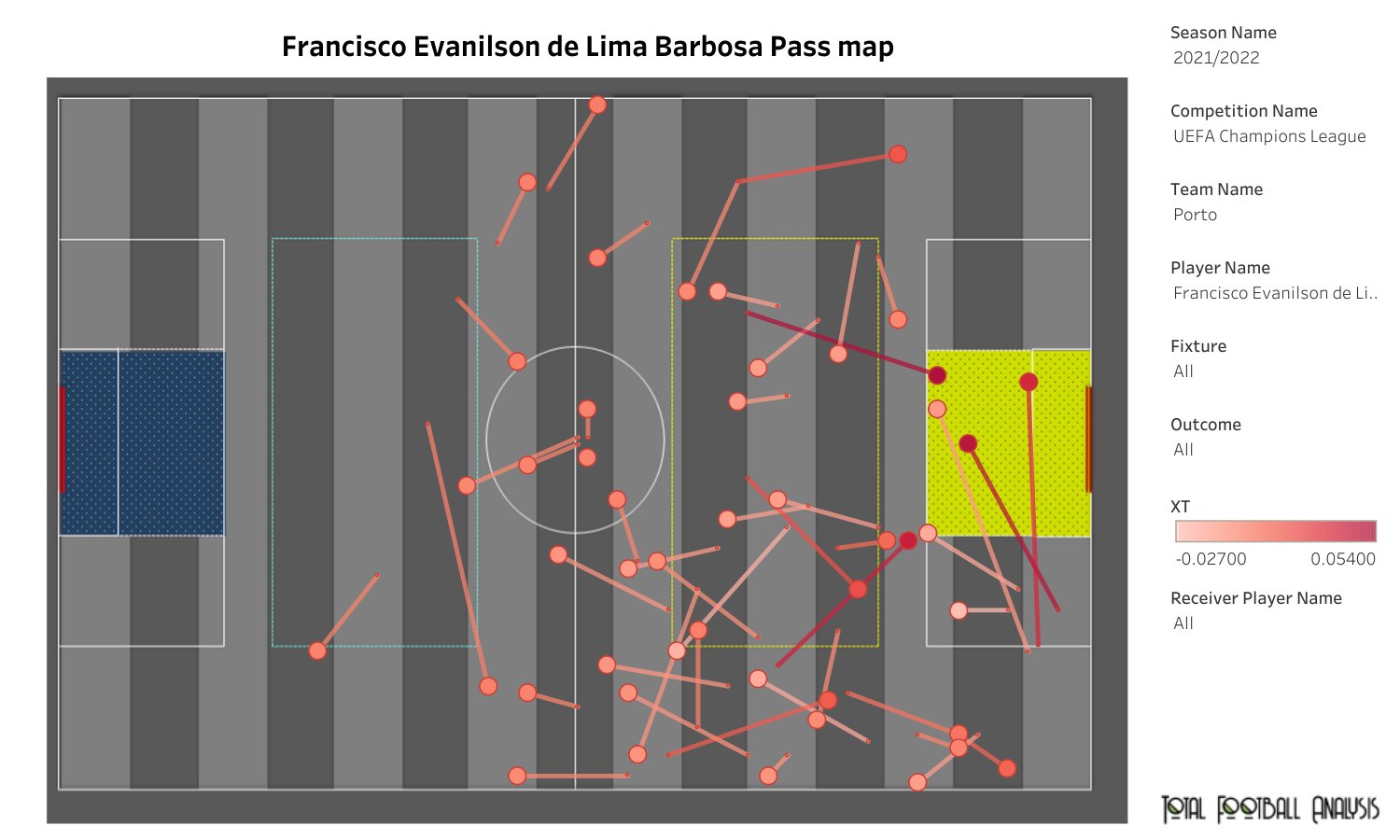 Evanilson averaged 16.74 passes per 90 minutes with a passing accuracy rate of 88.52%. The above viz shows all the passes that were attempted by the forward. He attempted five passes from inside the opposition’s penalty box. The player has already played with a striker up-front and could accompany Cristiano Ronaldo if Manchester United opt to play with two strikers.

The 22-year-old striker could become a future number nine at the English club. He gained experience playing European football last season and could become a handy signing. English Premier League clubs are targeting a lot of Portuguese league players, and some of them have adjusted to the league. Manchester United will also expect the same if they sign the striker, and he could be featuring alongside one of the best players in the world.