Yves Bissouma is one of the top-rated and in-demand defensive midfielders in the English Premier League. He signed for Brighton in 2018 and has been ever-present in their midfield. His performances throughout his time at Brighton have gained the interest of a few English Premier League clubs and other European clubs. One of the clubs that is after the midfielder is Arsenal. The Gunners failed to qualify for the UEFA Champions League and are looking to strengthen their squad and chances of qualification for the next season. Bissouma was, once again, present in Brighton’s midfield this season, and here are some of the stats that show why other clubs are interested in buying the player.

Bissouma made 26 appearances in the English Premier League and missed some of the games due to injuries. He scored a goal and provided two assists. 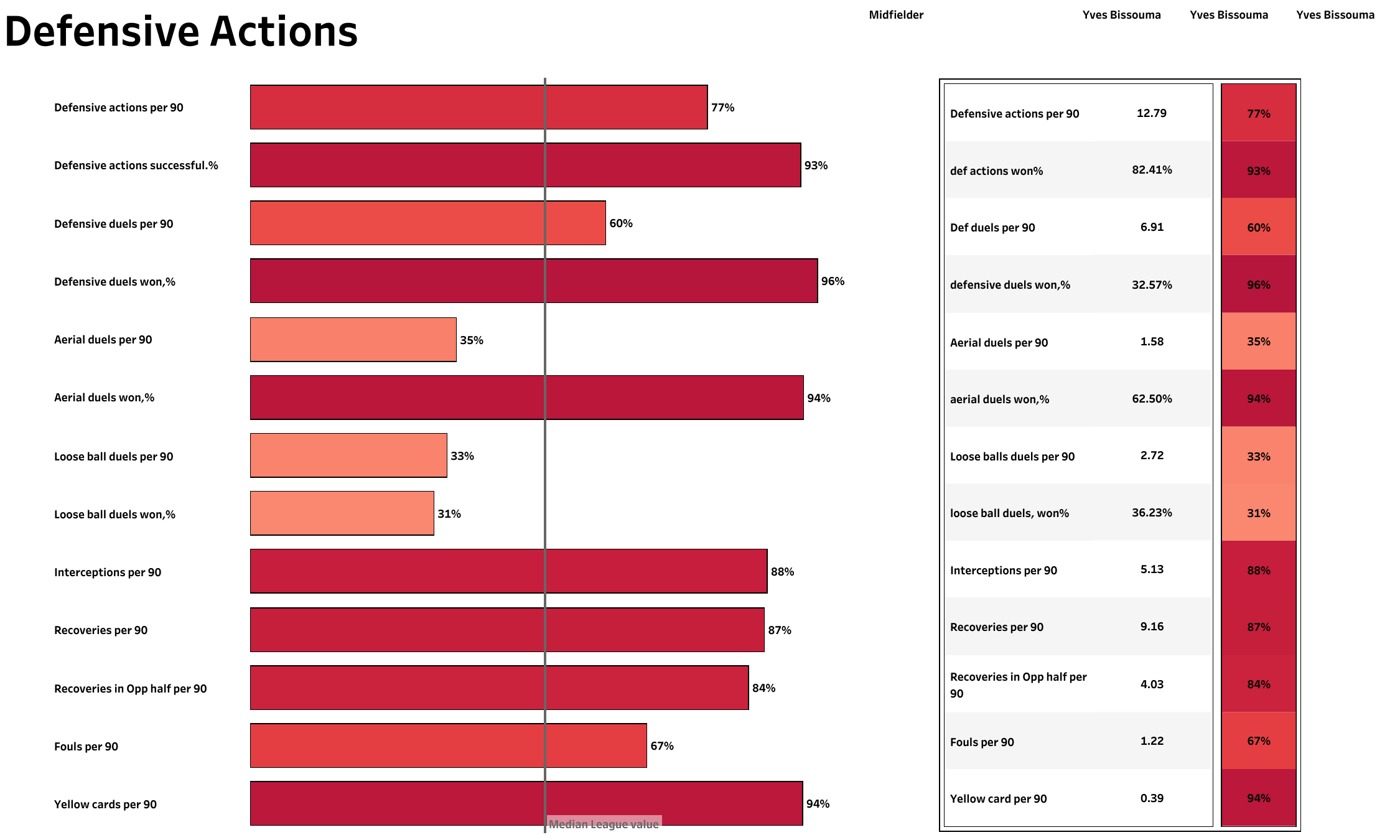 When looking at the above chart, the general rule is that the longer the bar, the better the performance — you can see the league average in the middle, and the % is the percentile rank the player is in. Bissouma is a defensive shield in front of the defenders. He contested 6.91 defensive duels, 1.58 aerial duels and 2.72 loose ball duels per 90 minutes, respectively. He had a success rate of above 30% for every duel contested. Notably, he made more than five interceptions and four recoveries inside the opposition’s half. 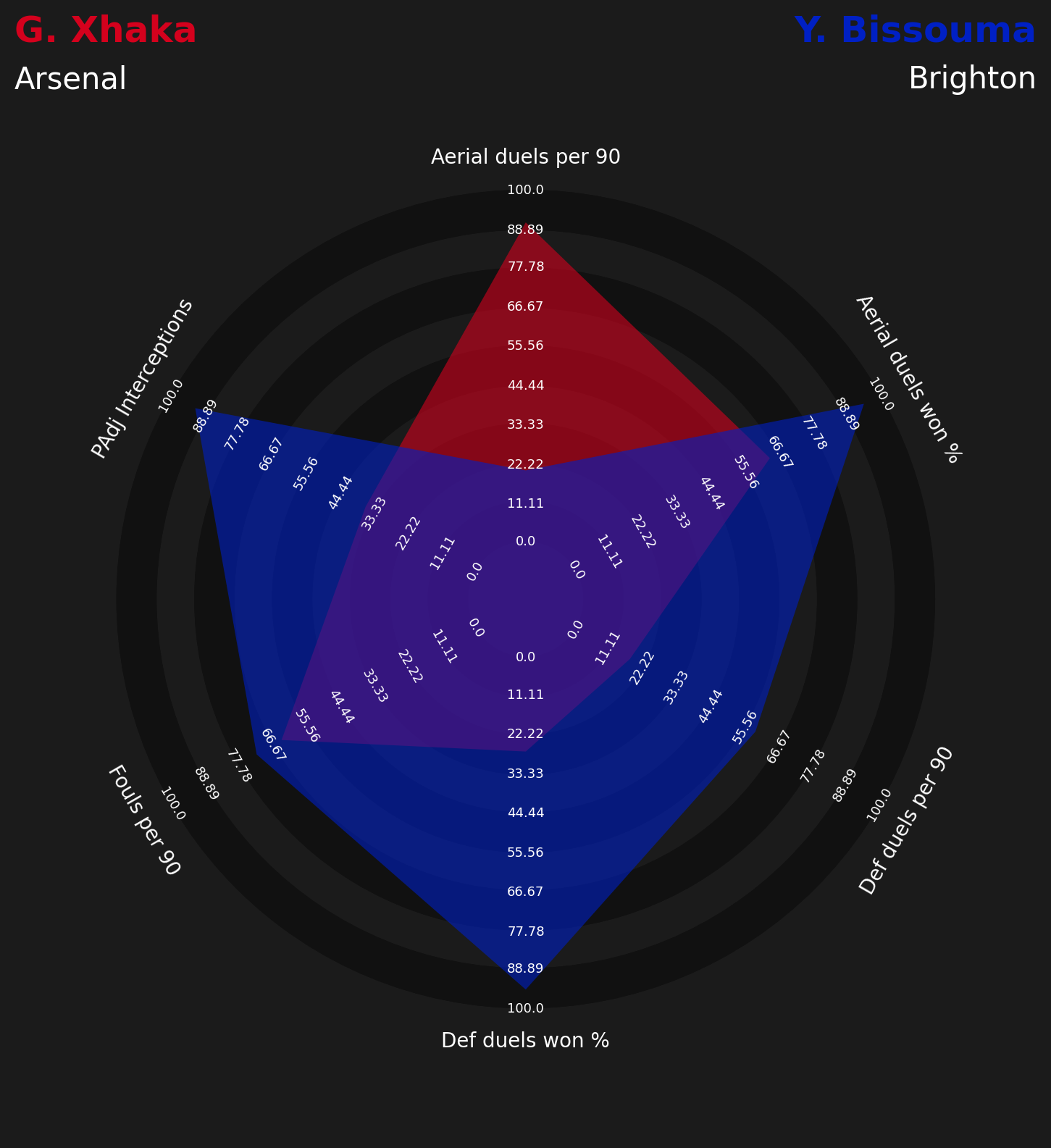 The above viz compares the defensive stats of Bissouma and Granit Xhaka. Arsenal’s captain is represented in red and Bissouma in blue colour. Bissouma is more of a defensive type of midfielder. The above viz shows the defensive duels, aerial duels and interceptions per 90 minutes. Throughout the season, Xhaka contested more aerial duels than Bissouma. If we look at the other stats, then we can see that Bisssouma has a more defensive mindset and has a high duels win rate than Xhaka. 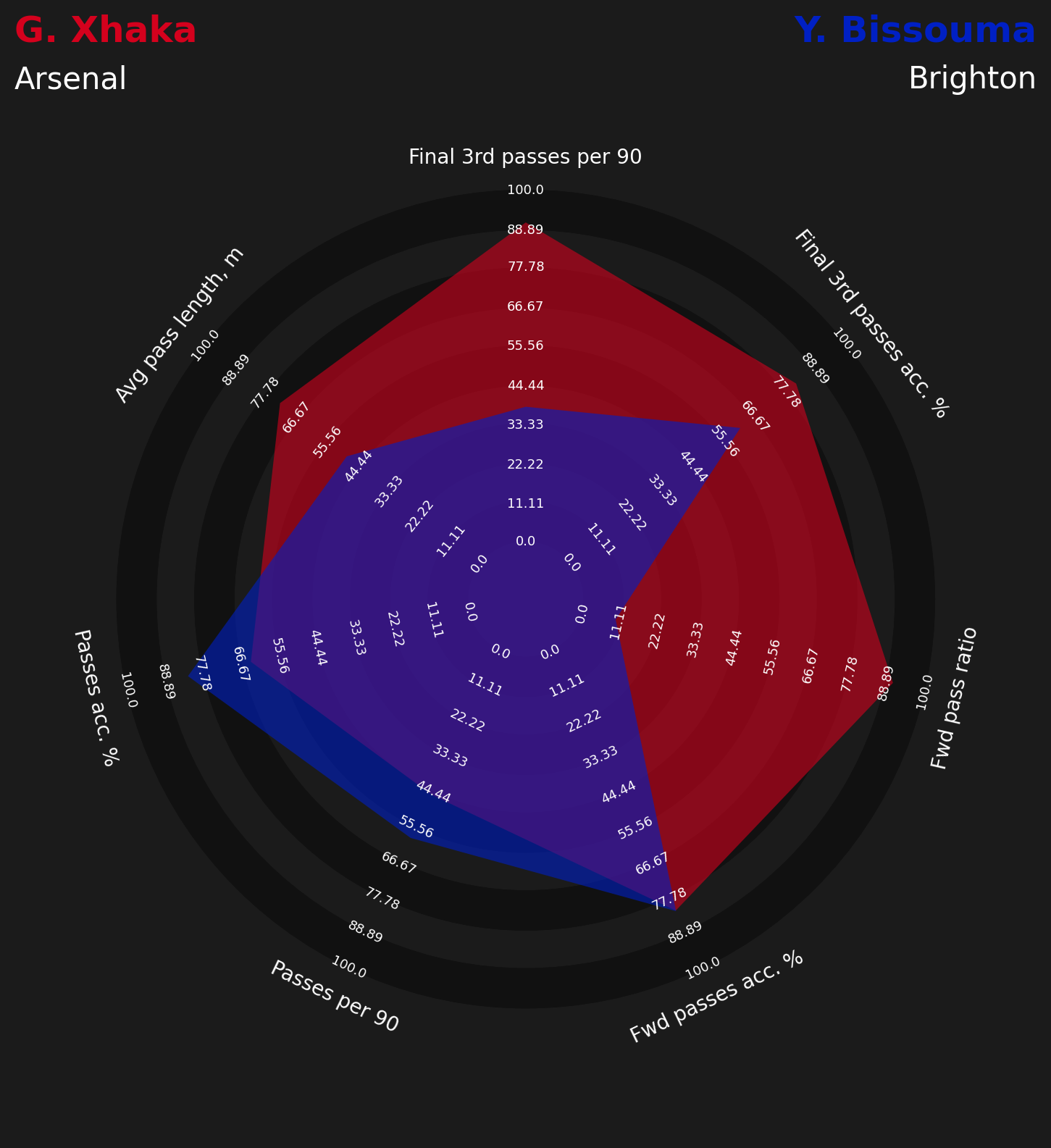 Yves Bissouma plays in the holding role and could be handy for Mikel Arteta’s defence. He could stay at the back and allow the full-backs to go forward. He could provide the defensive stability to the team that will allow their young attackers to remain on the front foot. Granit Xhaka has shown defensive vulnerability in the past, and Bissouma could be a perfect replacement for him. Mikel Arteta will look to confirm a few signings in the coming days and make plans for the new season.