Chelsea have failed to land any of their defensive targets in the summer. Some of their key defenders have left the club, and one or two others are linked with an exit. Jules Kounde was their top defensive transfer target, but the French defender decided to join Barcelona. Now, Chelsea are shifting their focus to another French talent in the English Premier League. They have set their eyes on Leicester City’s defender, Wesley Fofana.

Fofana was signed by Leicester City in 2020 from French club St-Etienne. He was unlucky to suffer a broken leg injury in a friendly match before the start of the season. This made him miss most of the season, and he made his first appearance in April. The 21-year-old made only 12 appearances for the Foxes in the 2021/22 campaign, with seven coming in the English Premier League. In his first season at the club, Fofana made 28 league appearances and impressed many with his defensive dominance. The defender is now on the radar of many clubs following a lot of movement in the current transfer window. 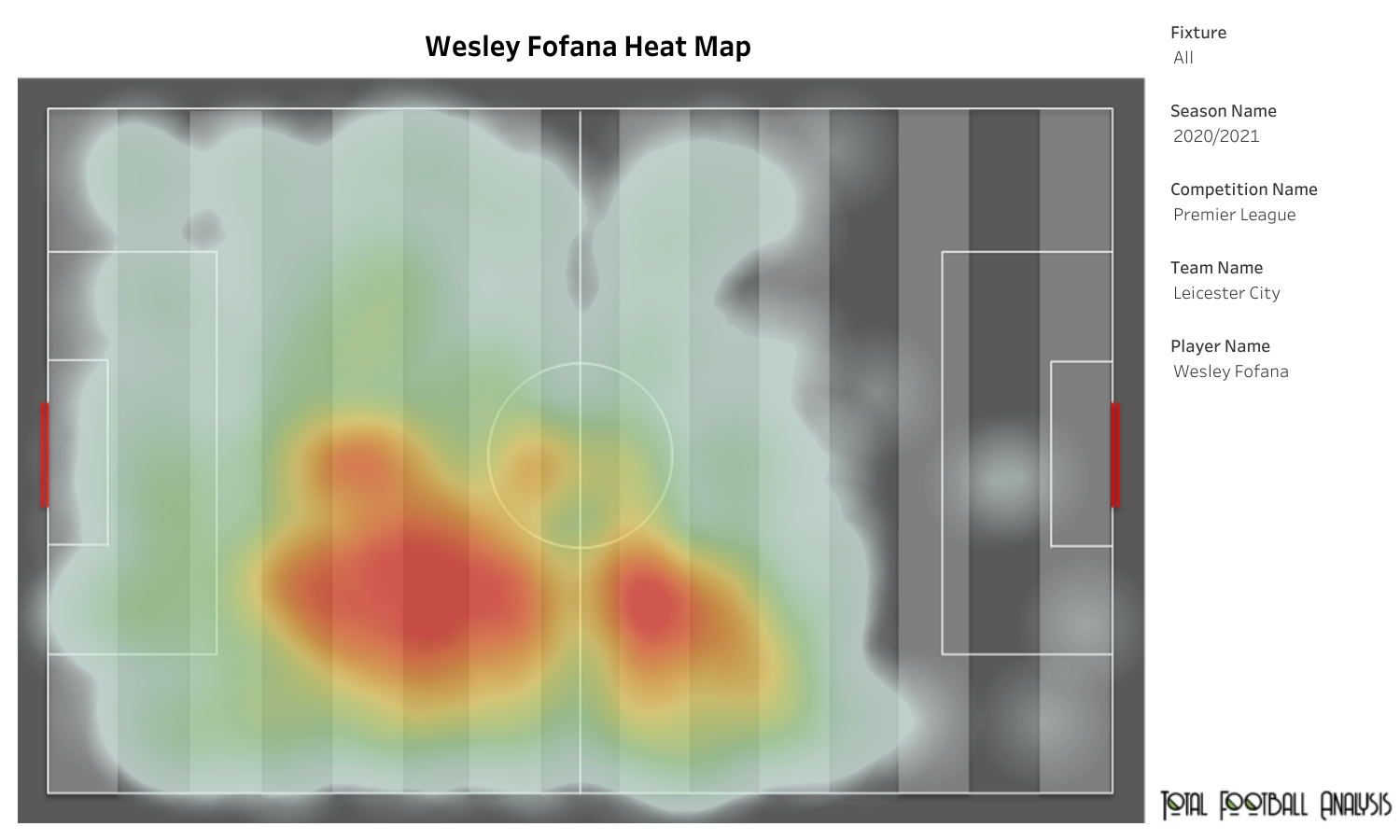 Fofana has played 35 English Premier League games for Leicester City and features on the right side of the defence. The above viz shows his heat map from the 2020/21 season. He is yet to open his goal-scoring account in the league. 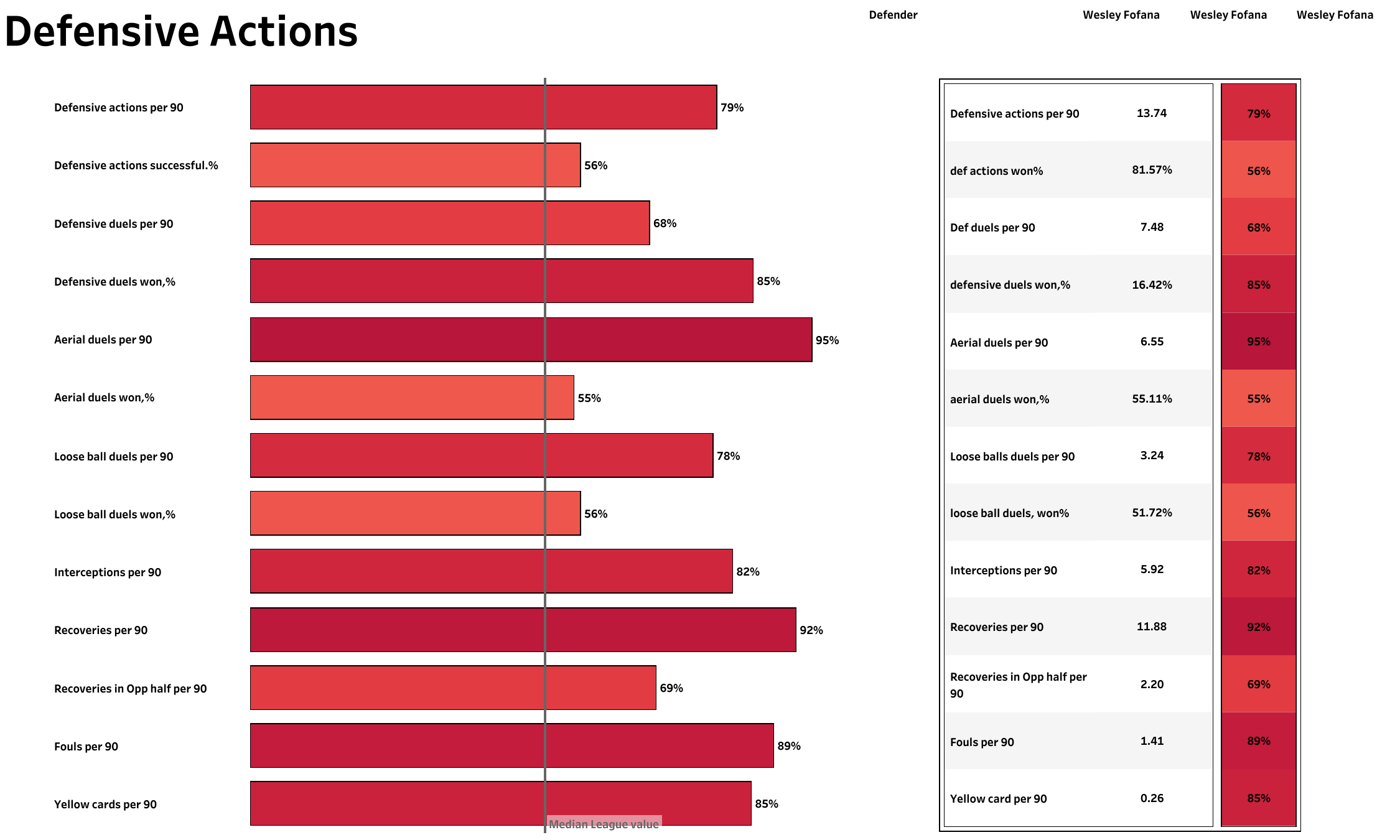 The above viz shows the defensive stats from the 2021/22 season. When looking at the above chart, the general rule is that the longer the bar, the better the performance – you can see the league average in the middle, and the % is the percentile rank the player is in. Fofana had a high percentile rank for contesting aerial duels and making recoveries. Last season, Fofana’s stats were even better, but he played fewer matches. 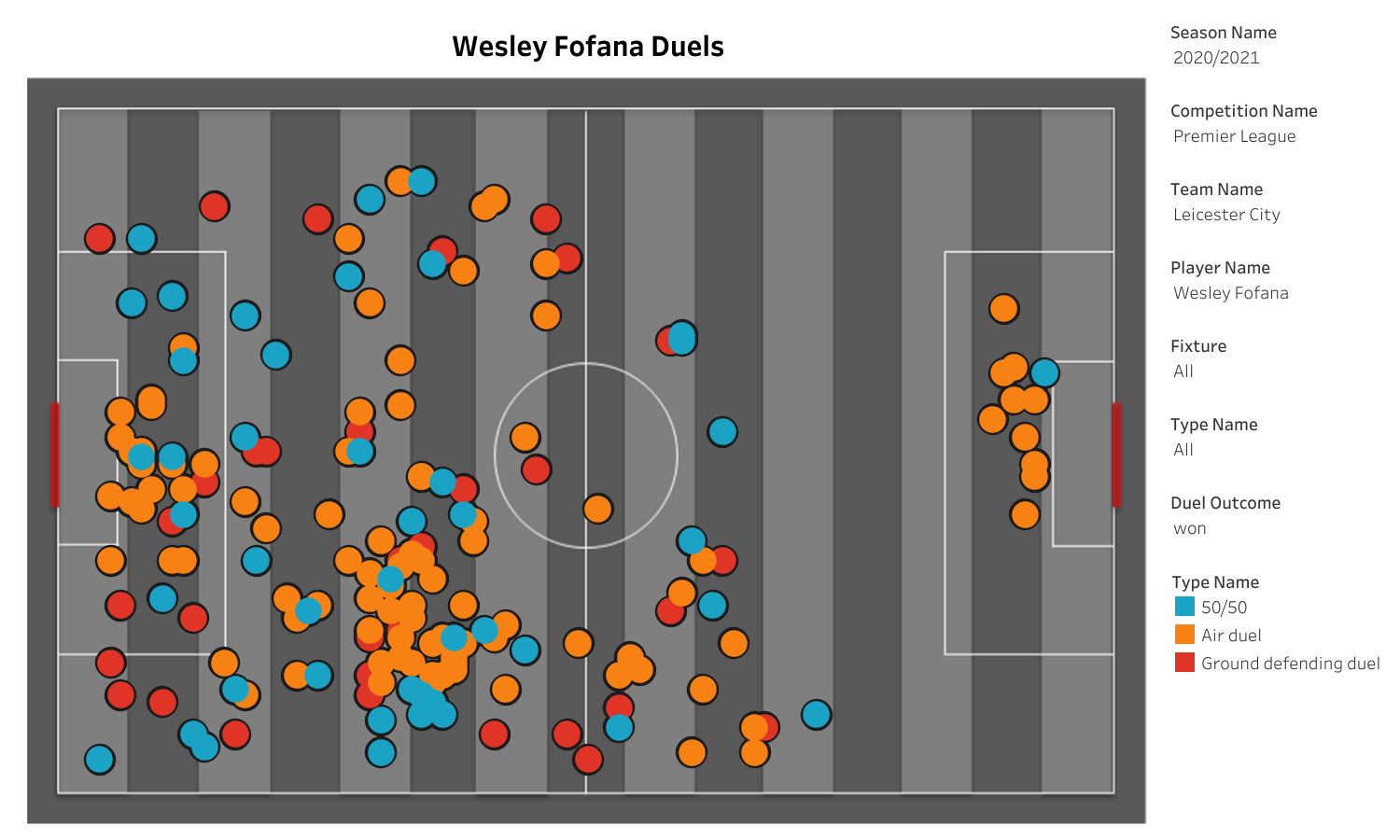 Fofana wins a lot of aerial duels, as shown in the above viz. The orange marks show all the aerial duels that the player won or ended in a neutral result in the 2020/21 season. We can observe that Fofana also won a few duels inside the opposition’s penalty box. He attempted 11 shots while going forward on set-pieces, and three were attempted in the previous campaign. This shows that the defender can score goals on occasion and will be a valuable addition to any team. 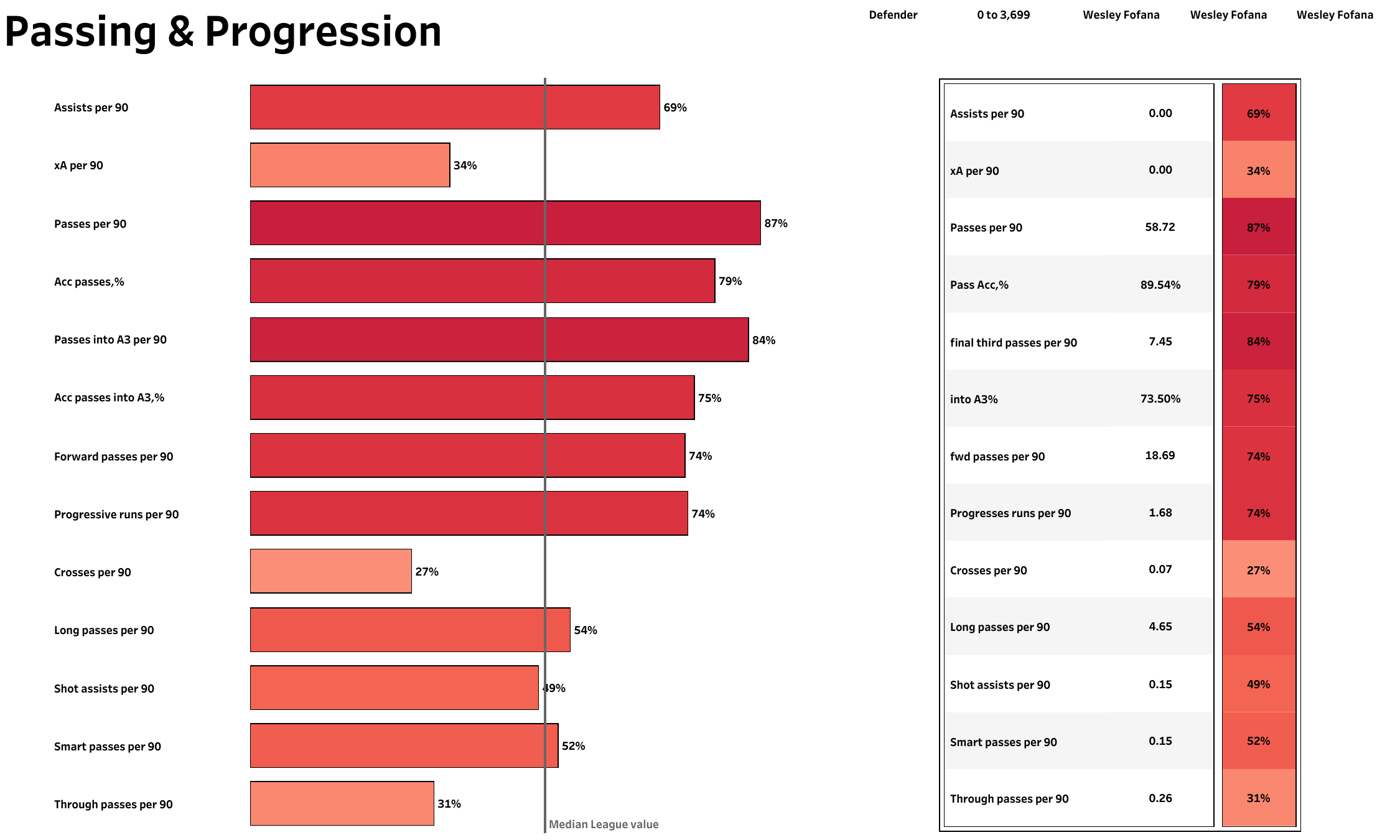 In addition to this, Fofana also has the passing ability that can help any side build play from the back. He delivered passes into the attacking third of the opposition with an accuracy rate of 73.5%. Last season, Fofana had an average of 63.12 passes per 90 minutes with an accuracy rate of 91.65%. His average of passes into the final third per 90 minutes went down to 5.27, but his accuracy increased to 77.5%.

Wesley Fofana could become the next big thing under Thomas Tuchel at Chelsea. His defending capabilities and passing abilities are the reasons why clubs have shown interest in the player. Chelsea will look to get the right deal as their search for a centre-back continues in the transfer market.