Frank Lampard continues his search for players as the Everton manager looks to strengthen his side for the next campaign. They have lost their star player Richarlison after the Brazilian completed a big-money move to Tottenham Hotspur. Now, the English Premier League side is scouting his replacements and other players who could lead the side into the top half of the table. One of the players identified as the replacement for Richarlison is Spurs outcast, Steven Bergwijn. The Dutch international has struggled for game-time at the North London club and wants a move away from the club. Everton have emerged as one of the teams interested in signing the forward. 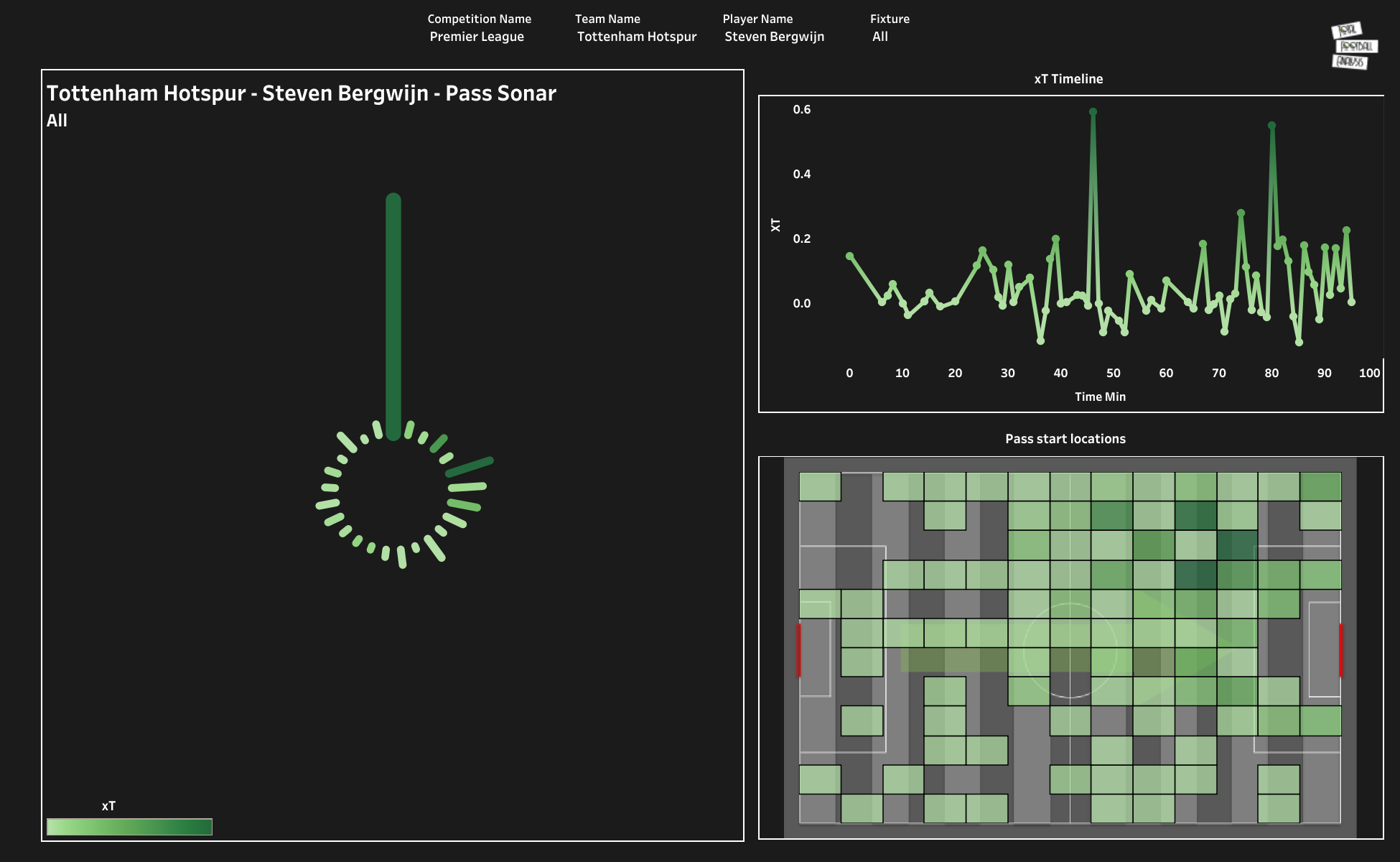 The 24-year-old joined Spurs in January 2020 from PSV. Last season, the Dutch forward made 32 appearances for Spurs in all competitions, and these included only eight starts. He scored four goals and assisted on one. The above viz shows the pass start location and the threat created from passes by the player in his 32 English Premier League appearances. Bergwijn features on the left side and has attempted most of the passes from the attacking third. He only started in four matches in the league and managed to score three goals.

Bergwijn averaged 23.4 passes per 90 minutes with an accuracy rate of 84.12%. These passes included 2.34 passes into the attacking third with a high accuracy rate of 88.24%. This shows that Bergwijn can create chances for his teammates and assist them on a few occasions.

When looking at the above chart, the general rule is that the longer the bar, the better the performance — you can see the league average in the middle, and the % is the percentile rank the player is in. The above viz shows the attacking stats of the player along with the percentile rank in comparison to other forwards in the league. The 24-year-old was involved in 10.3 attacking actions and had a success rate of 52%. The player also averaged more than four touches per 90 minutes inside the opposition’s penalty box. Bergwijn created a lot of chances despite spending very few minutes on the field. 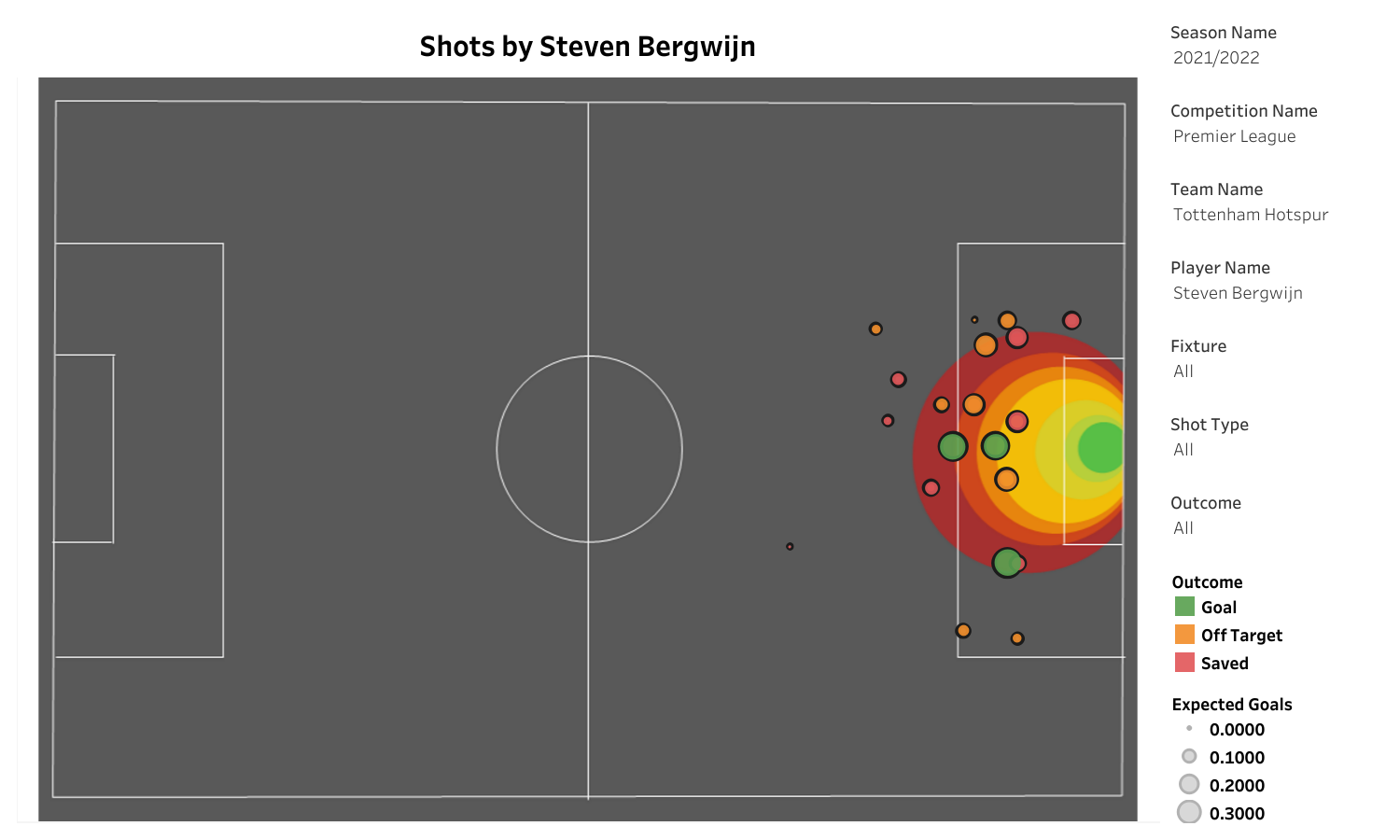 The above shot map shows all the 20 shots that were attempted by the Dutchman. He managed to hit the target ten times, as shown in the above viz. All the goals were scored from inside the opposition’s penalty box and in front of the goal.

Steven Bergwijn is desperate to spend minutes on the pitch and didn’t get enough opportunities at Tottenham Hotspur. However, he is likely to make a move away in the summer, and Everton could be the possible destination for the player. Everton will look to spend some money on the player.

The post Transfer Talk: Steven Bergwijn – Could the Spurs outcast turn out to be the perfect replacement for wanted Richarlison? appeared first on Football analysis, news, betting and opinion from Everton.