Manchester United have entered the race to sign Dutch defender Stefan de Vrij from Inter Milan. The 30-year-old has cemented his place in Inter’s backline and has become one of the best defenders in Serie A. His contract is until 2023, and Inter Milan will look to earn money by selling him in the summer. De Vrij joined Inter Milan in 2018 from Lazio and was previously linked with a move to the Red Devils. Erik ten Hag is looking to rebuild the team by strengthening their defence. They are in search of a defender who can help them build play from the back.

De Vrij played in six games for Inter Milan in the UEFA Champions League. He scored a goal in the elite competition and had an xG rate of 1.08. The centre-back is a threat in the air while going forward on set-pieces and can score goals with his head. 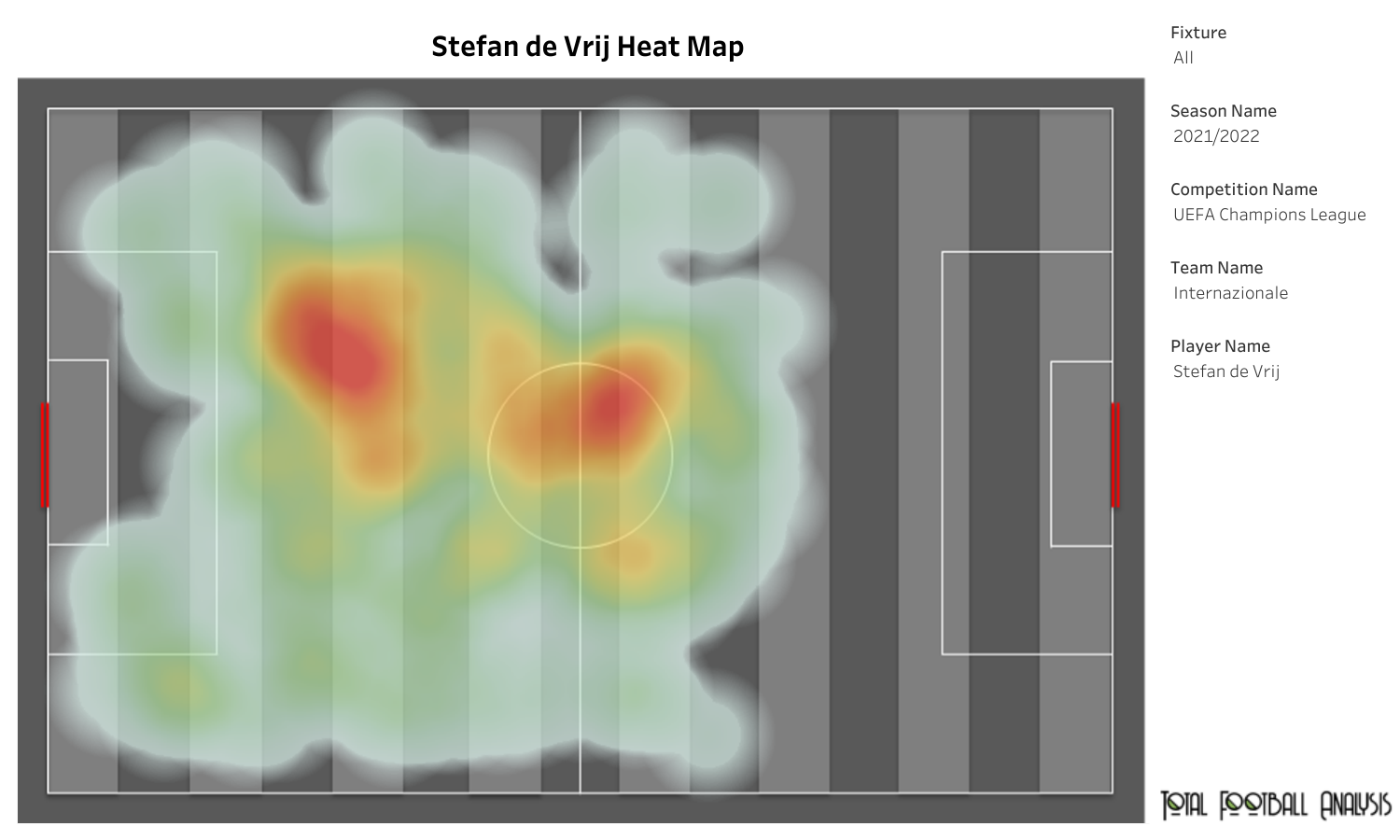 Inter Milan play in a 3-5-2 formation and operate with three centre-backs. De Vrij played in the heart of the defence and in between the two centre-backs. He was the senior-most person in the defence, and his main task was to organise the defence. He took some wider positions to give defensive cover to his teammates. When looking at the above chart, the general rule is that the longer the bar, the better the performance — you can see the league average in the middle, and the % is the percentile rank the player is in. The above viz shows the passing and progression stats in comparison to other defenders in the league. De Vrij averaged 56.45 passes per 90 minutes with a high accuracy rate of 92%. The player attempted 17.93 forward passes per 90 minutes. This shows that the player is confident on the ball and can find the midfielders to help them in building up the play. 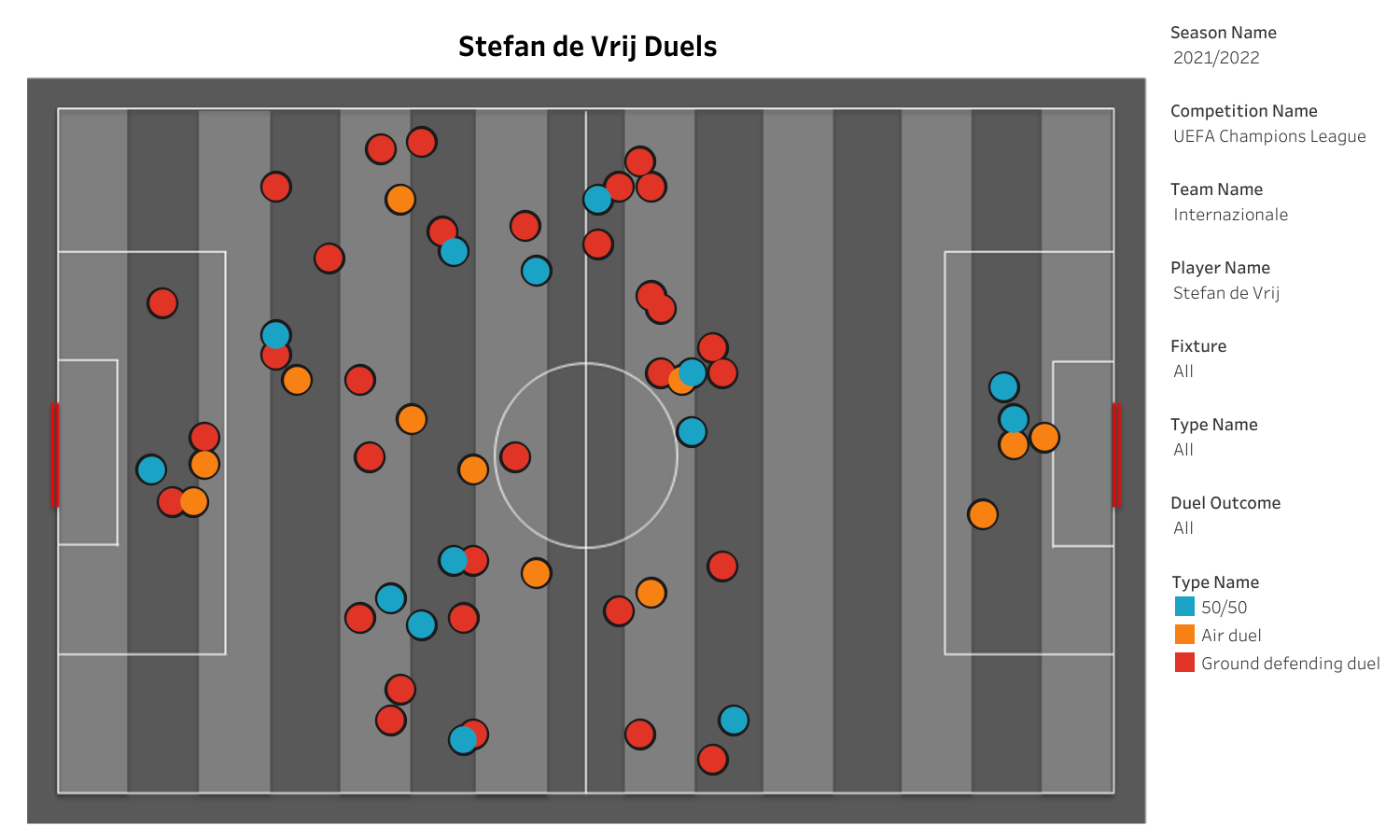 The Dutch defender is one of the best centre-backs in the world. He is confident with the ball at his feet and can defend the goal. Manchester United will look to make a big move for Stefan de Vrij and sign him. He is on their wishlist and could be a great addition to ten Hag’s squad.