With Oleksandr Zinchenko’s departure to Arsenal looking increasingly more likely, Manchester City will be left with no natural left-back in the squad. Joao Cancelo has played several times at that position, but he is naturally a right-back. One option could be using Nathan Ake at the left side of the defence, but he is a centre-back and may even leave the club by the end of the summer transfer window. City are yet to sign Marc Cucurella from Brighton despite showing interest. Even if he does arrive, there will be a need for his backup. One such option could be Tottenham Hotspur’s Sergio Reguilón. 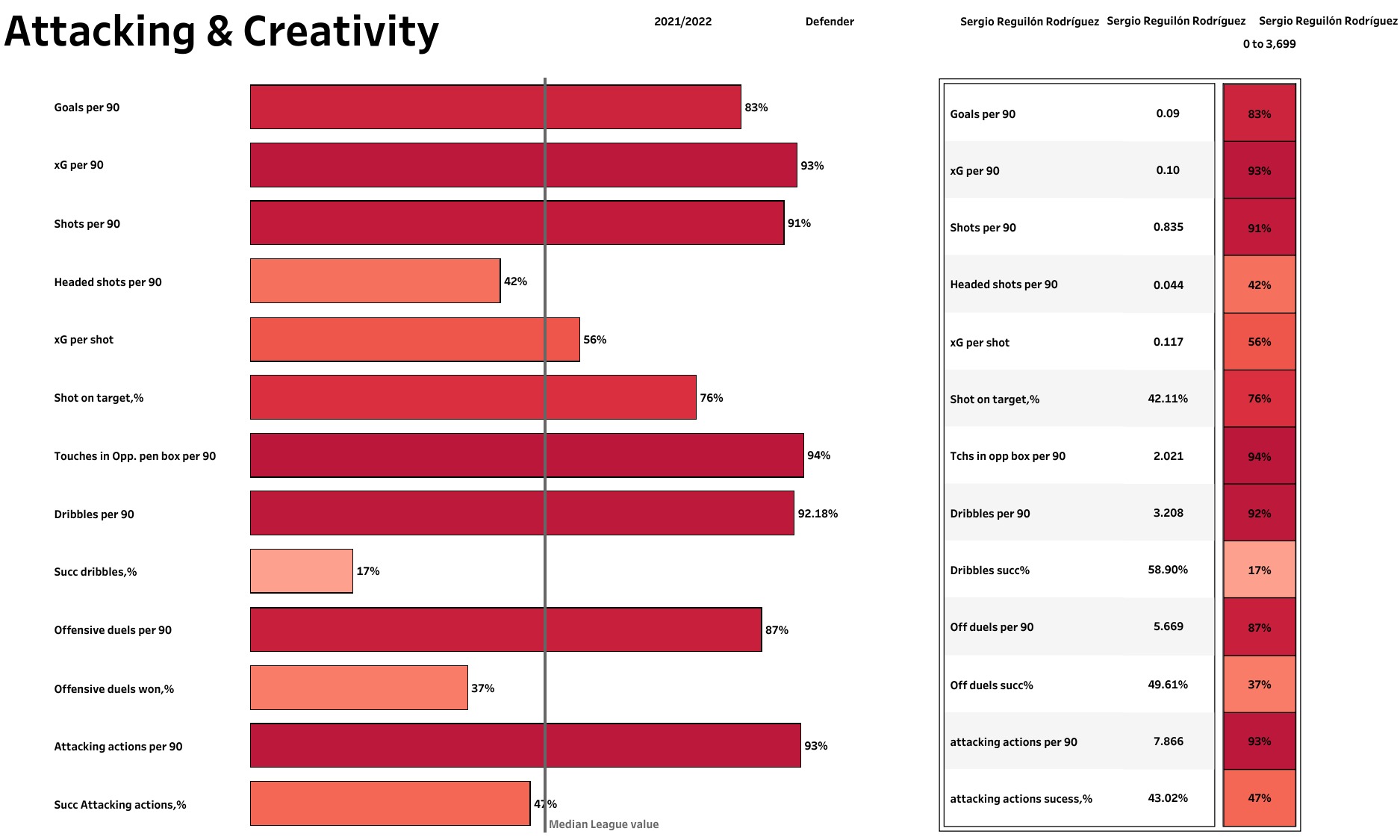 Reguilón featured in 31 matches across all competitions for Tottenham last season, including 25 in the Premier League. He scored two goals and assisted three of them in the 1,916 minutes he played, giving him a goal involvement every ~383 minutes. The Spaniard attempted 0.83 shots per 90, putting him in the top 9% of defenders. He registered just over two touches in the attacking penalty area per 90, which was enough to be ranked in the 94th percentile. He attempted 3.21 dribbles per 90, though his success rate of only 58.9% left a lot to be desired. He participated in 5.67 offensive duels per 90 and 7.87 attacking actions per 90. 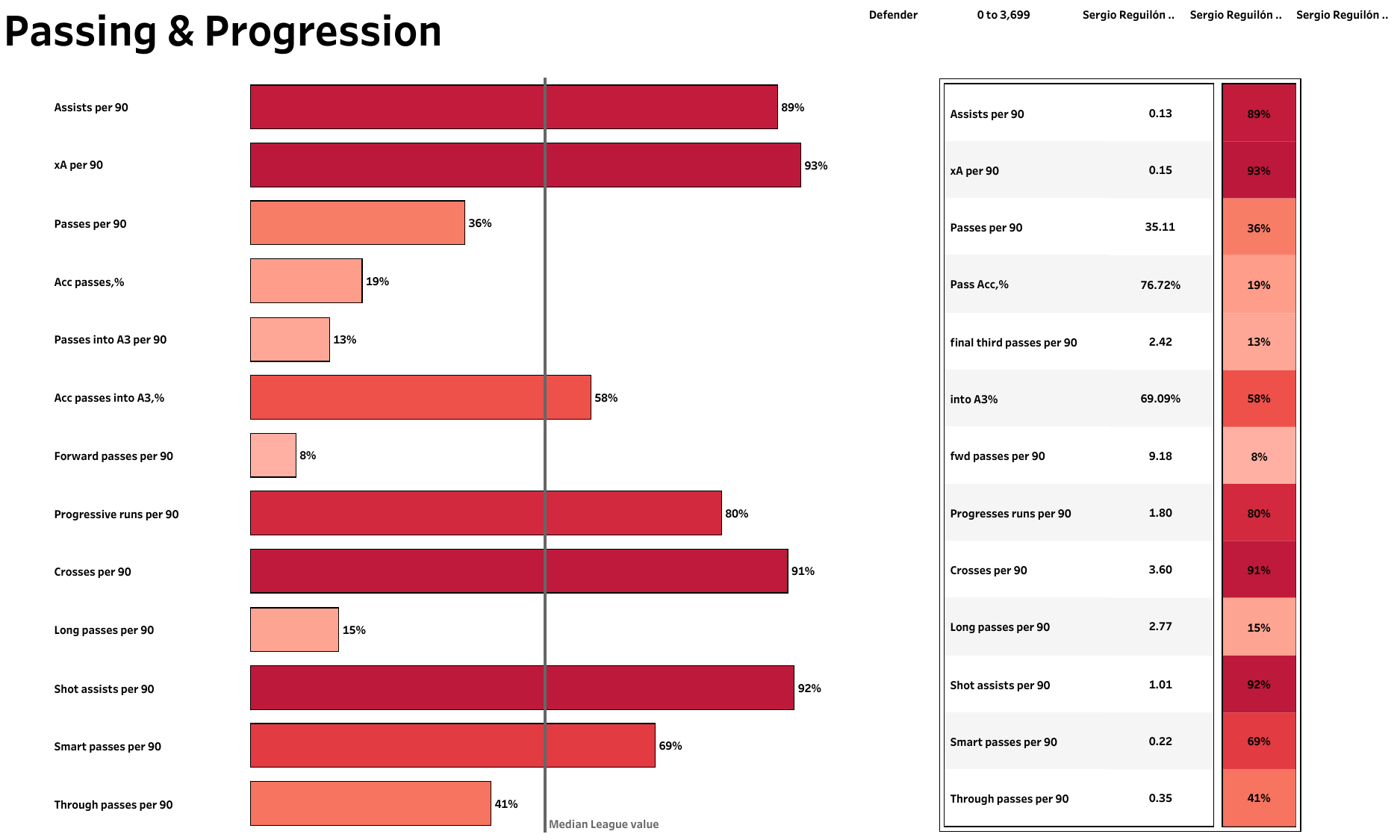 Reguilón averaged 0.13 assists per 90, which was close to the 0.15 xA predicted. His main disadvantage was his lack of involvement in build-up play, as he was placed in the bottom 40% for passes per 90, with just 35.11. Similarly, his pass accuracy of 76.72% put him in the lowest quintile among defenders. The former Real Madrid man made up for these shortcomings with 1.8 progressive runs per 90 (upper quintile) and 3.6 crosses per 90 (upper decile). With 1.01 shot assists per 90 minutes, he was also in the top 8% of defenders. 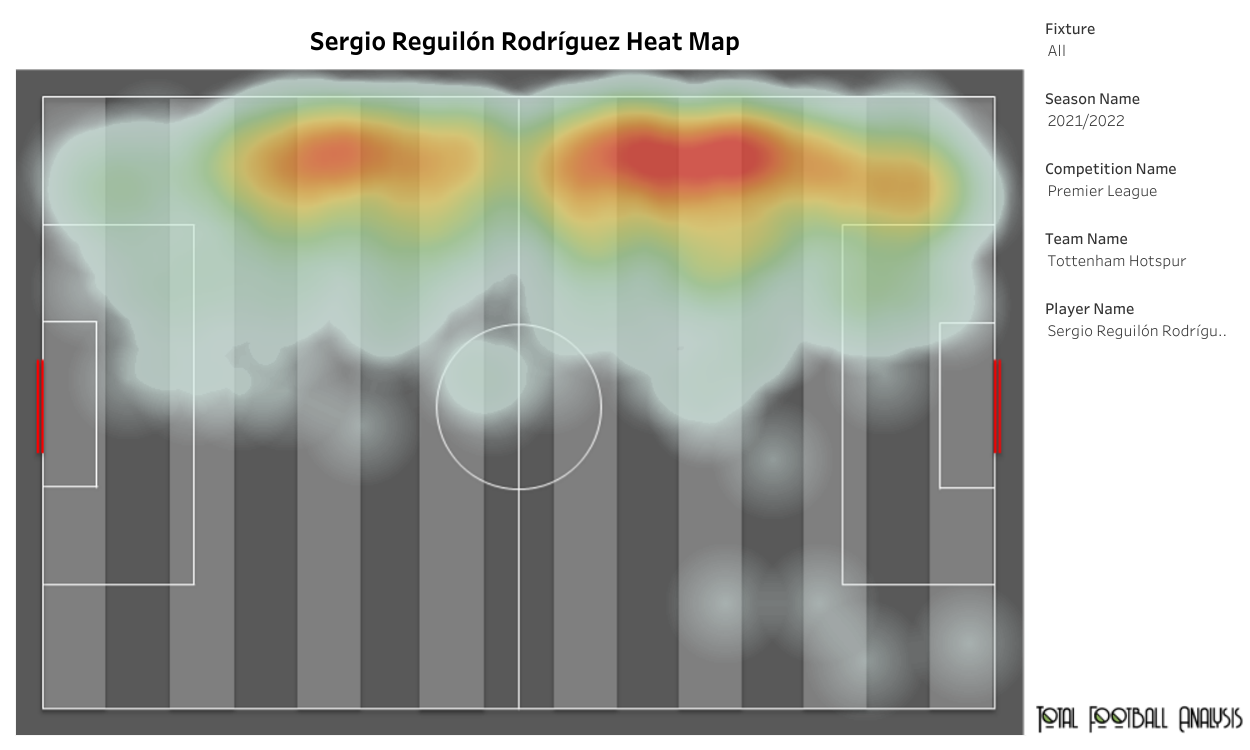 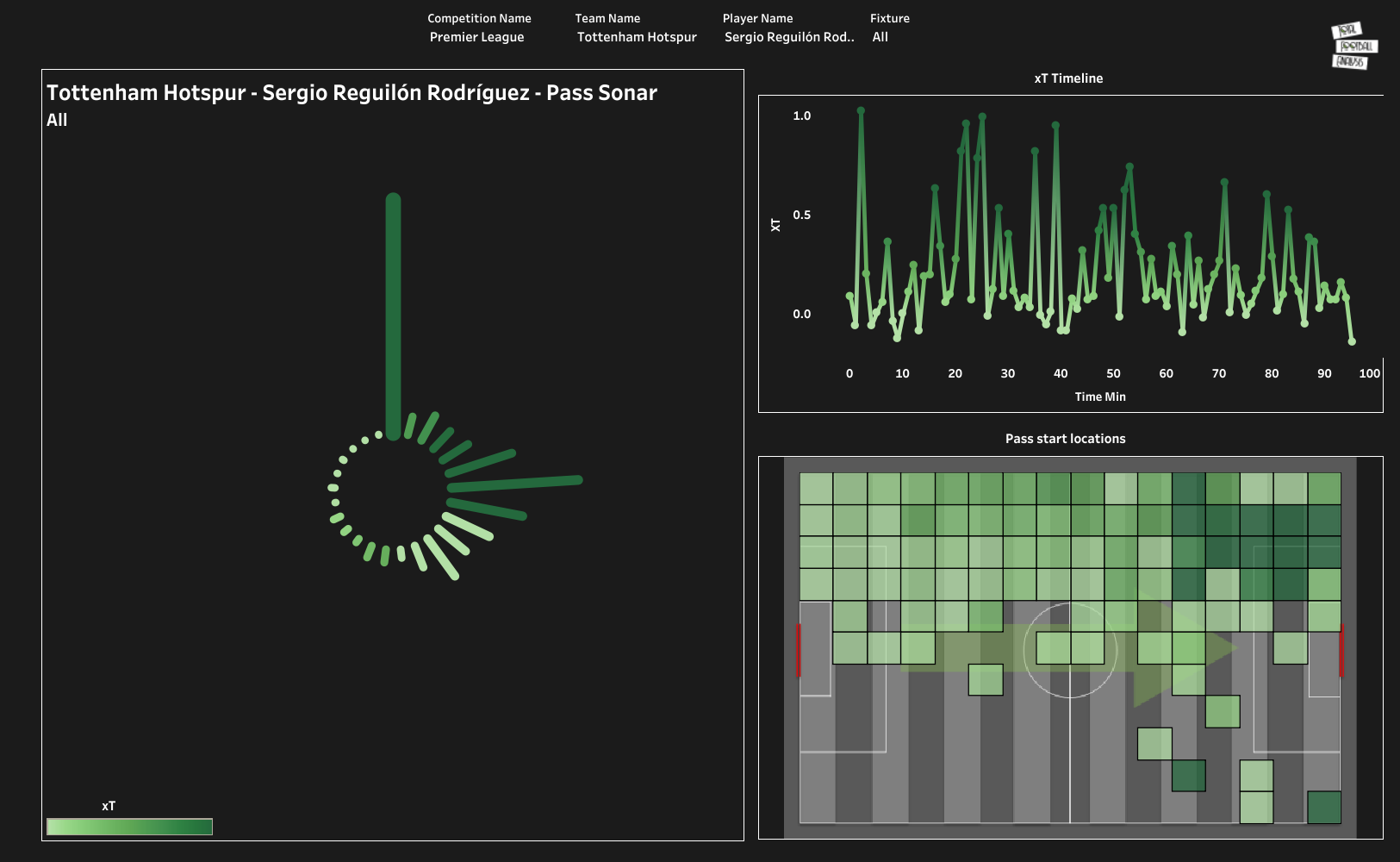 Reguilón routinely achieved and exceeded an xT score of 0.5, and even approached 1.0. His lateral passes into the penalty area were just as dangerous as his forward passes and balls into the final third.

Sergio Reguilón was a fairly regular player last season for Tottenham under both Nuno Espirito Santo and Antonio Conte before his groin injury ruled him out of action for the entire month of May. With Ben Davies, Ryan Sessegnon and Ivan Perisic capable of playing at left-back or left wing-back, the Spaniard might find game-time difficult to come by this campaign. He has attracted interest from the LaLiga teams so far this summer. However, he remains only a left-field option for Pep Guardiola and Manchester City.