Manchester United continue their search for players as the Red Devils look to rebuild the team under new management. A few players have left the club following their contract expiration, and some others might follow in their footsteps. The Red Devils have failed to land a good signing this summer, and this is due to their sixth-place finish in the English Premier League table. This cost them a place in the UEFA Champions League, and players usually prefer to play in the elite competition. Manchester United are targeting Ajax players like Antony and Jurrien Timber. Antony is on the wishlist of a lot of European clubs, and the English club is facing a lot of competition to sign him. However, they have also found an alternative for him in the form of former Arsenal player Serge Gnabry. The German plays for Bayern Munich, who are thinking about offloading the player in the summer. Gnabry has gained a lot of experience since leaving Arsenal and could be a valuable signing for the Red Devils. 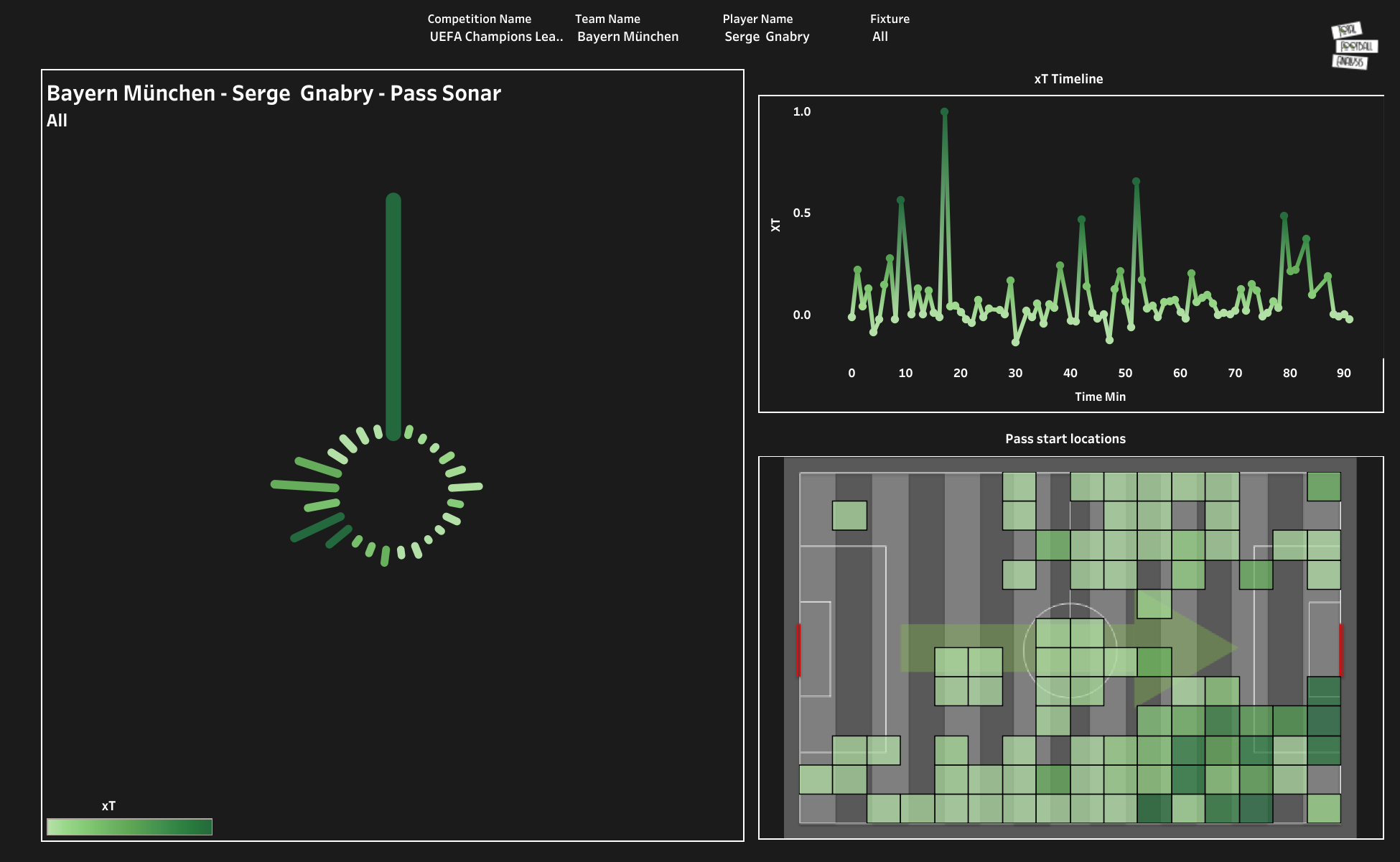 Gnabry made eight appearances for Bayern Munich in the UEFA Champions League last season. He started in five matches and scored three goals for the German club. The above viz shows the pass start location and the threat created from passes at different time intervals. Gnabry featured on the right for the German champions and penetrated the opposition’s penalty box quite often with his skills and speed with the ball. 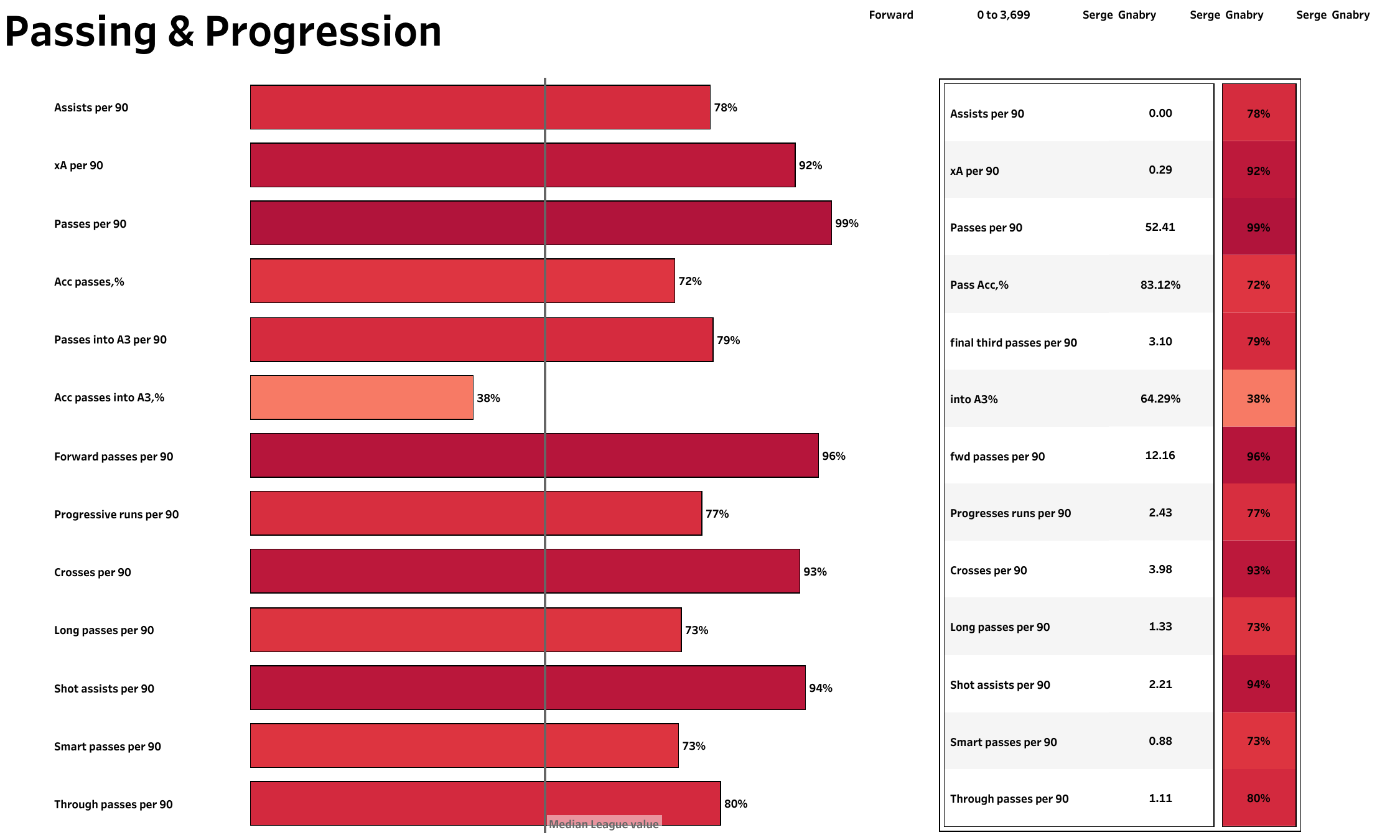 When looking at the above chart, the general rule is that the longer the bar, the better the performance — you can see the league average in the middle, and the % is the percentile rank the player is in. The above chart shows the passing stats of the player, and we can observe that he was one of the highest passers of the ball amongst other forwards who represented their teams in the UEFA Champions League. He averaged almost four crosses per 90 minutes and had a high shot assist per 90-minute rate. 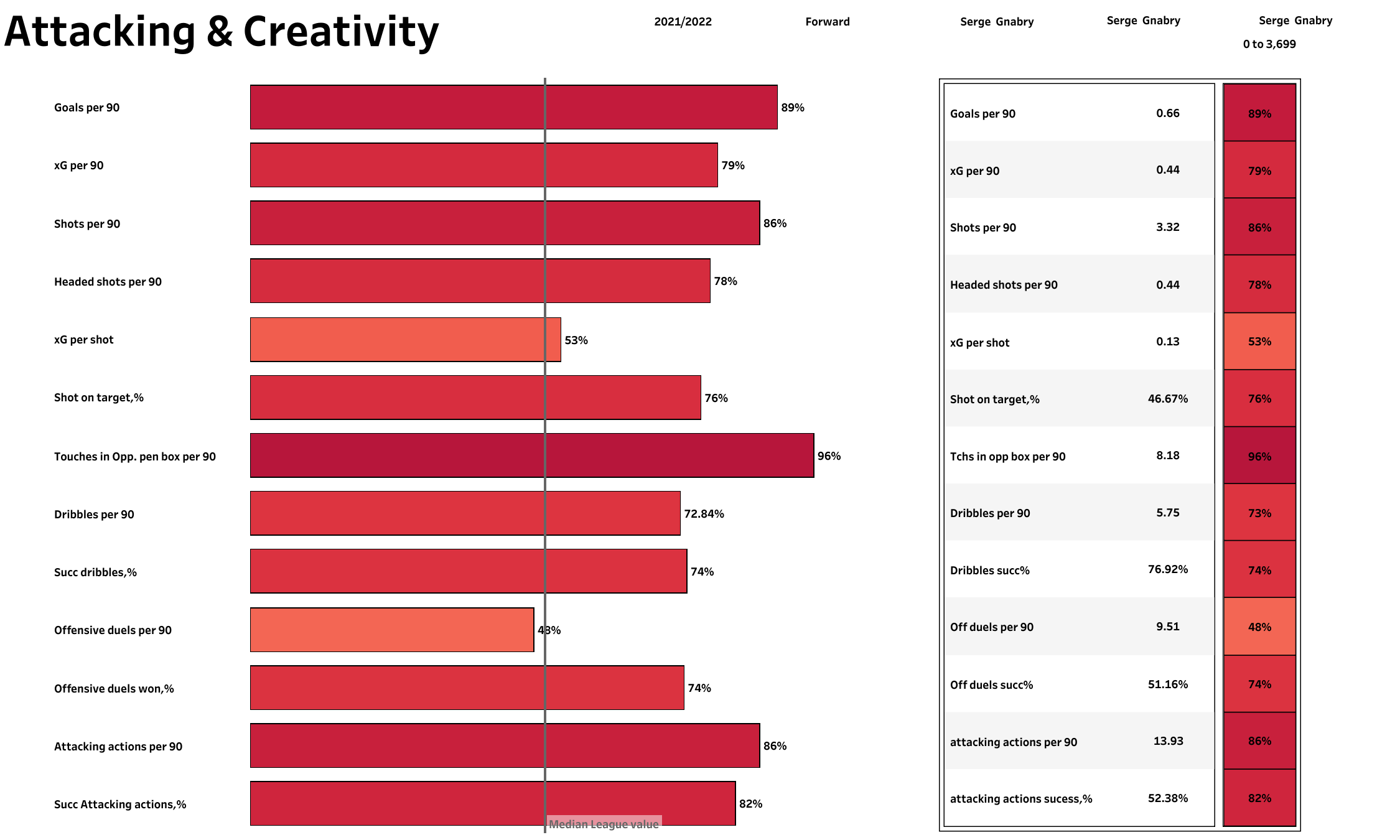 Bayern Munich’s Gnabry was a threat in their lineup. The above viz shows the attacking & creativity charts of the players in the elite competition. The 26-year-old averaged more than eight touches per 90 minutes inside the opposition’s penalty box. This shows that Gnabry can get past the opposition defence easily and create chances for his teammates. Other than this, he was involved in almost 14 attacking actions per 90 minutes and had a success rate of more than 50%. 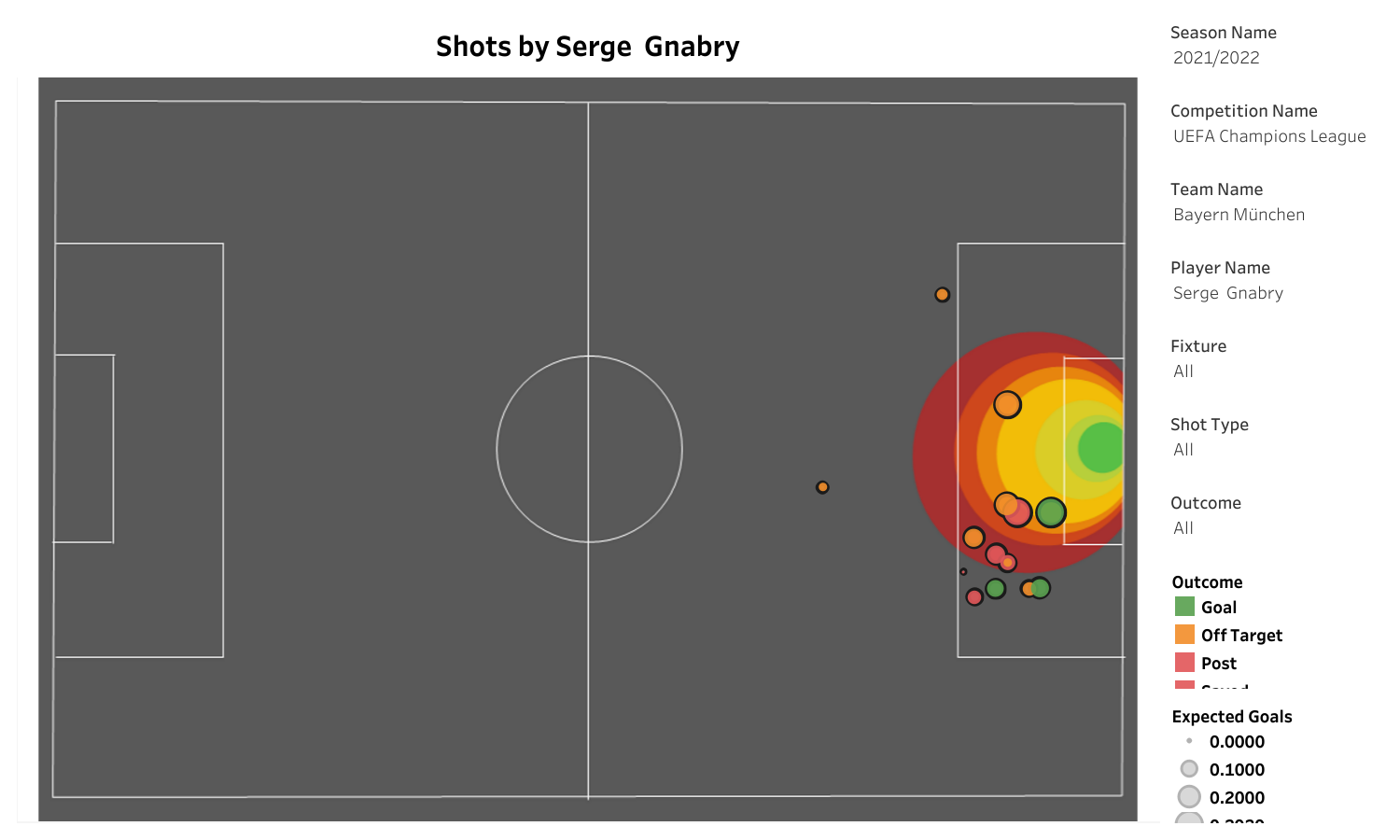 Gnabry attempted 15 shots with a 46.67% shot accuracy rate. The forward attempted most of the shots from the right side and scored three goals from a similar position.

Manchester United are looking to add creativity to their side. Serge Gnabry can create chances for his teammates and score goals. He could turn out to be a valuable signing for the English club. However, there is a possibility that the player might not join the club due to their failure to qualify for the UEFA Champions League next season.