Everton have been offered a chance to sign their former midfielder, Ross Barkley, from Chelsea. The 28-year-old left the Merseyside club for Chelsea in January 2018. Since joining the Blues, he has failed to cement a regular place in the starting XI. Chelsea have lost their patience with the player and are willing to let him go in the summer. Some of the English Premier League teams have shown an interest in the player. The midfielder spent the 2020/21 season on loan at Aston Villa, where he was a regular and proved that he still possessed the talent that caught Chelsea’s eye in 2018. Some of the stats from the previous seasons show how the player can be a handy addition to a less creative Everton midfield.

Barkley made just 14 appearances for Chelsea in all competitions last season. He only started in four matches and scored one goal. In the 2020/21 season, Barkley made 24 league appearances for Aston Villa, where he scored three goals and also provided an assist. 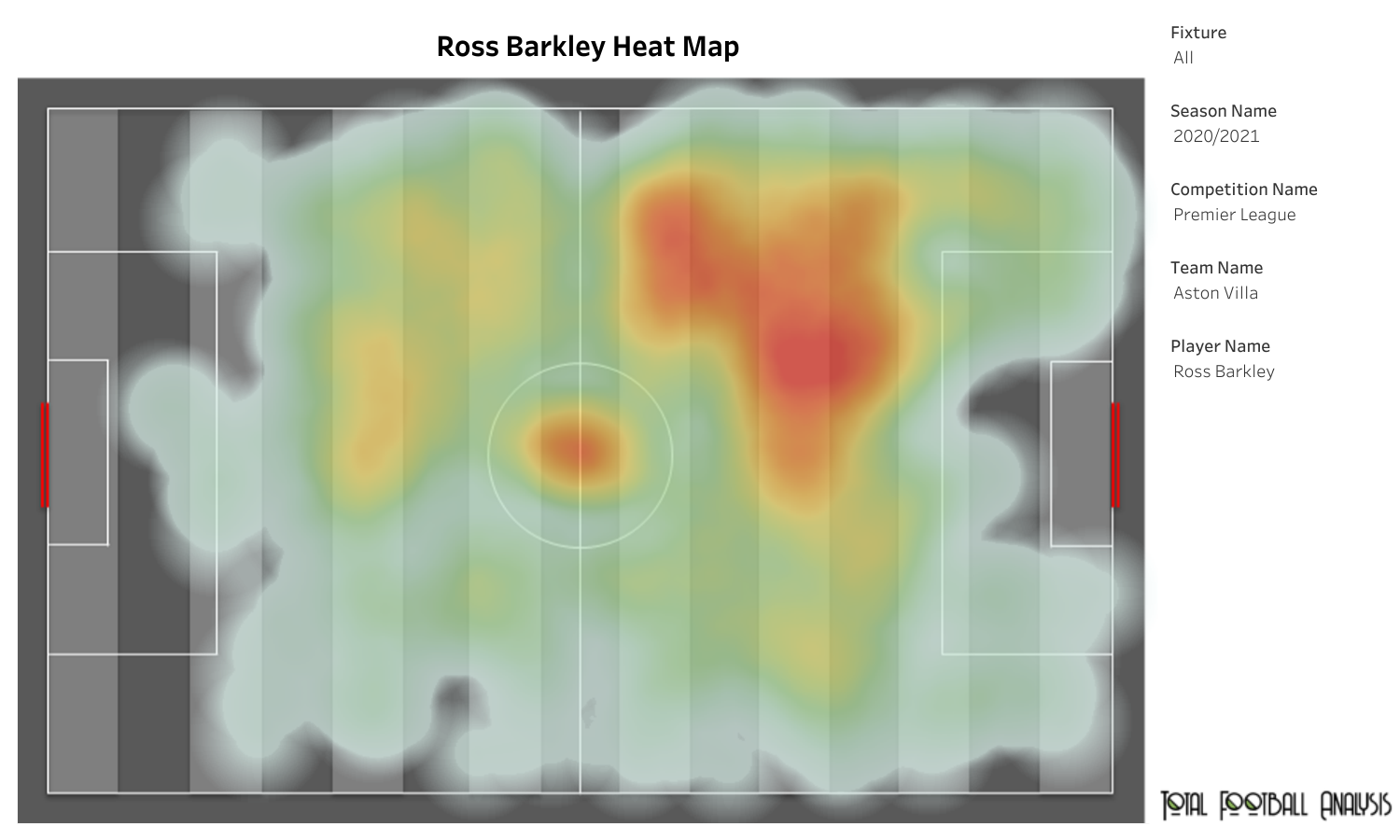 The above viz shows the heat map of the midfielder for Aston Villa. Barkley plays in the midfield and has more involvement in attacking plays than defensive plays. He features on the left side of the central midfield. Barkley’s average position was just around the attacking third. He also likes to get involved in plays in the wider areas and stretch the opposition’s defence. 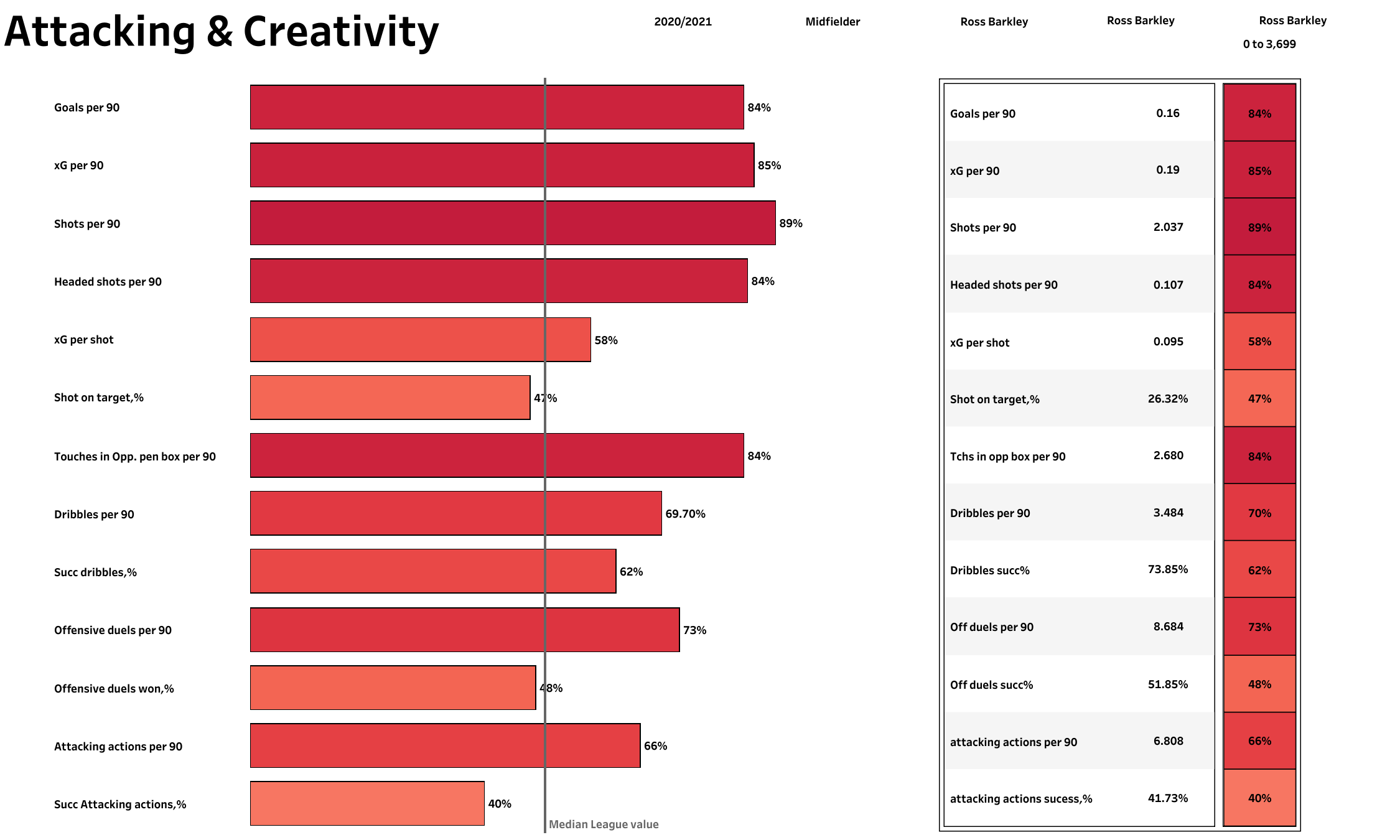 The above viz shows the attacking and creativity stats from the 2020/21 season. When looking at the above chart, the general rule is that the longer the bar, the better the performance — you can see the league average in the middle, and the % is the percentile rank the player is in. Barkley attempted more than two shots per 90 minutes and had an accuracy rate of 26.3%. He got 2.7 touches inside the opposition’s penalty box per 90 minutes. This shows that Barkley can offer creativity from the midfield and is quite effective in the attacking third. 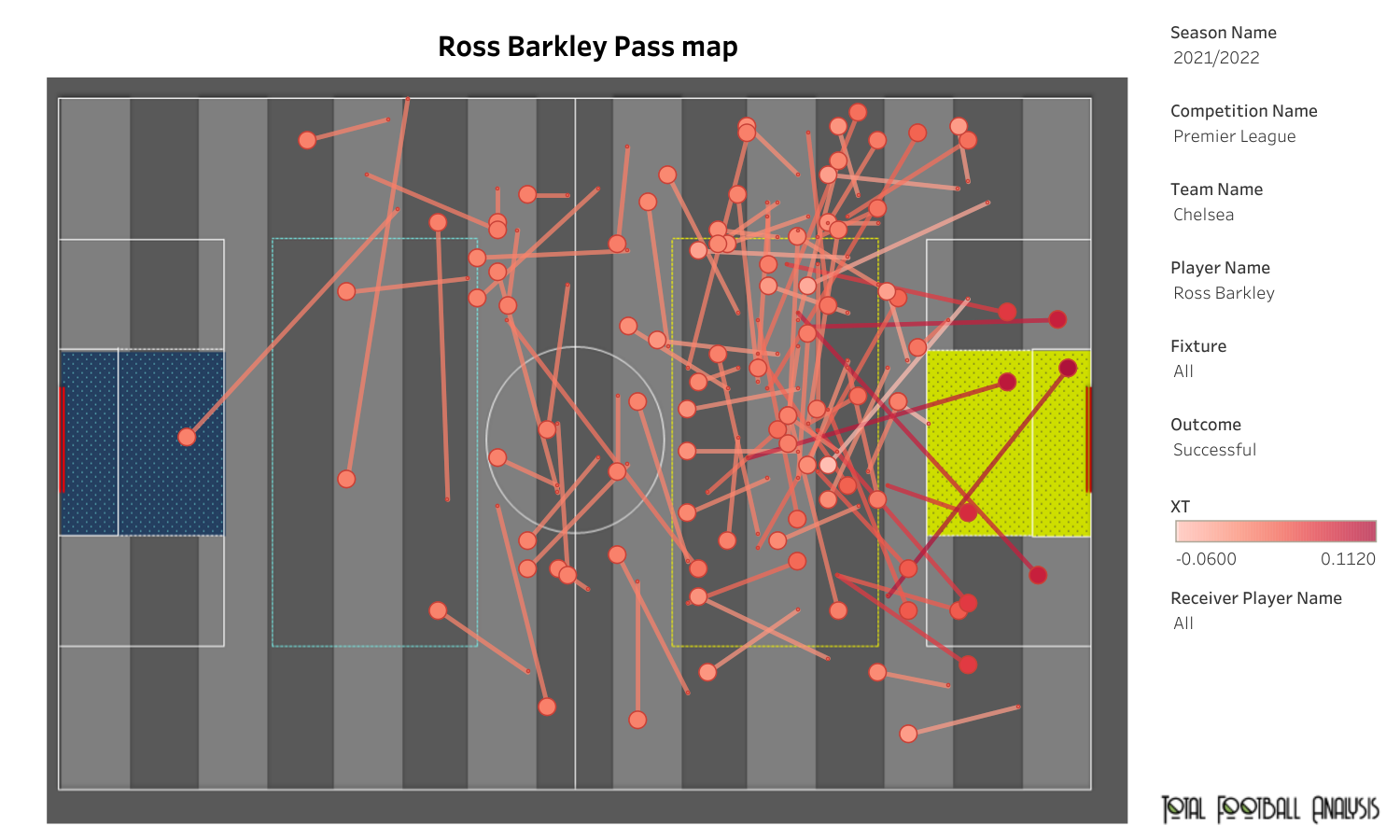 Barkley was rated highly at Everton before he made a move to Chelsea. The player is likely to leave the Blues in the summer and could return to his former club. Everton need creativity in the midfield following the end of the loan spell of Donny van de Beek. Ross Barkley could help Frank Lampard’s team to a top-half finish next season.