Arsenal once again missed a chance to qualify for the UEFA Champions League. The Gunners last appeared in the competition in the 2016/17 season and have failed to qualify since then. They will play in the UEFA Europa League next season with the aim of qualifying for the Champions League next season. Mikel Arteta is looking to strengthen his squad to improve the league position of the Gunners, and one of the targets that have emerged is Everton forward, Richarlison. The Brazilian was the leading player for the Toffees and helped his side to ensure safety in the English Premier League this season. Richarlison’s performances in recent seasons have impressed the other teams, and he is becoming one of the top priorities for them. Arsenal are one of the clubs eager to sign the 25-year-old. 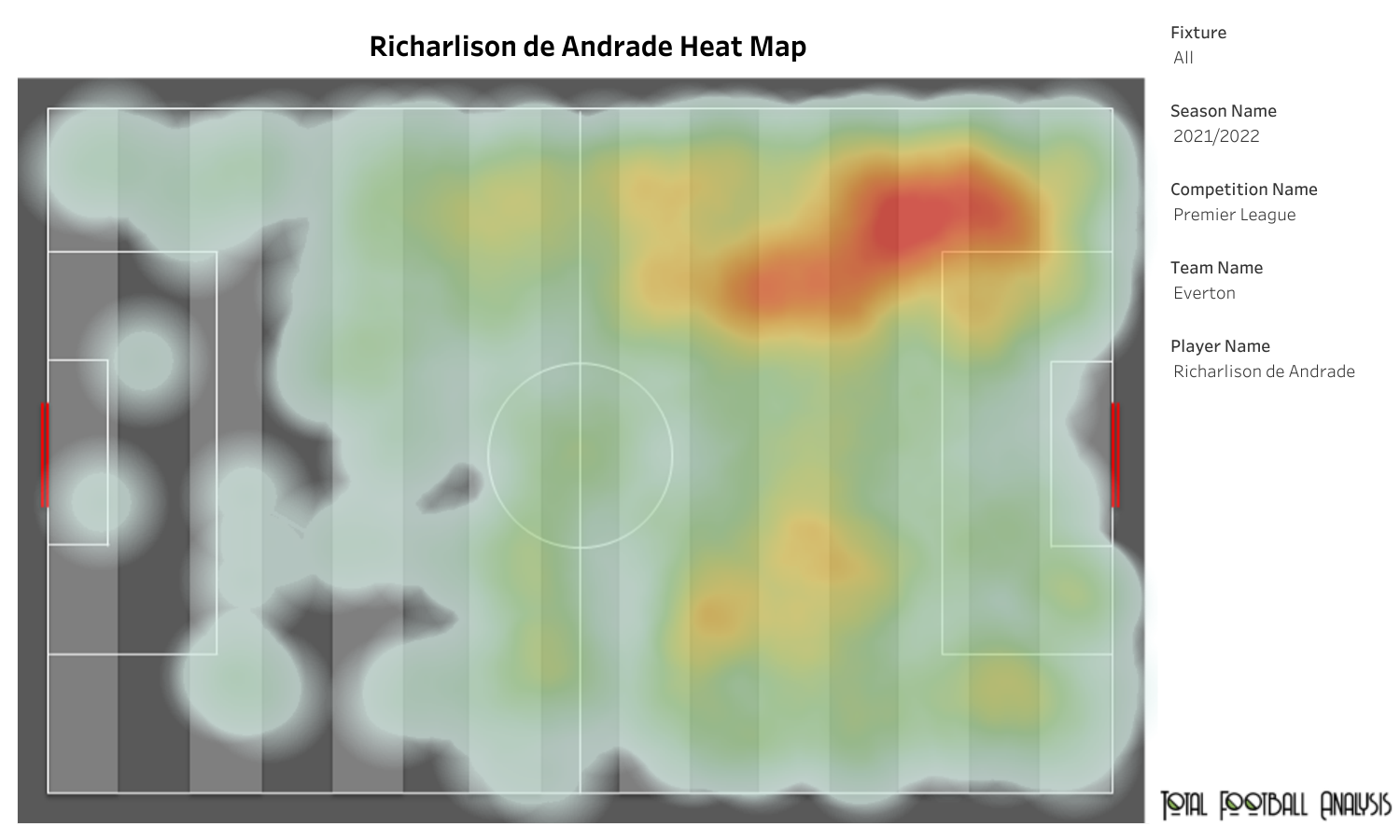 Richarlison made 30 appearances for Everton and missed eight games due to injuries. The above viz shows his heat map for the season. Richarlison plays on the left flank but was also used as a number nine in the absence of Dominic Calvert-Lewin. The Brazilian international scored ten goals, three of which came from the penalty spot. He covered every area on the pitch inside the opposition’s half. 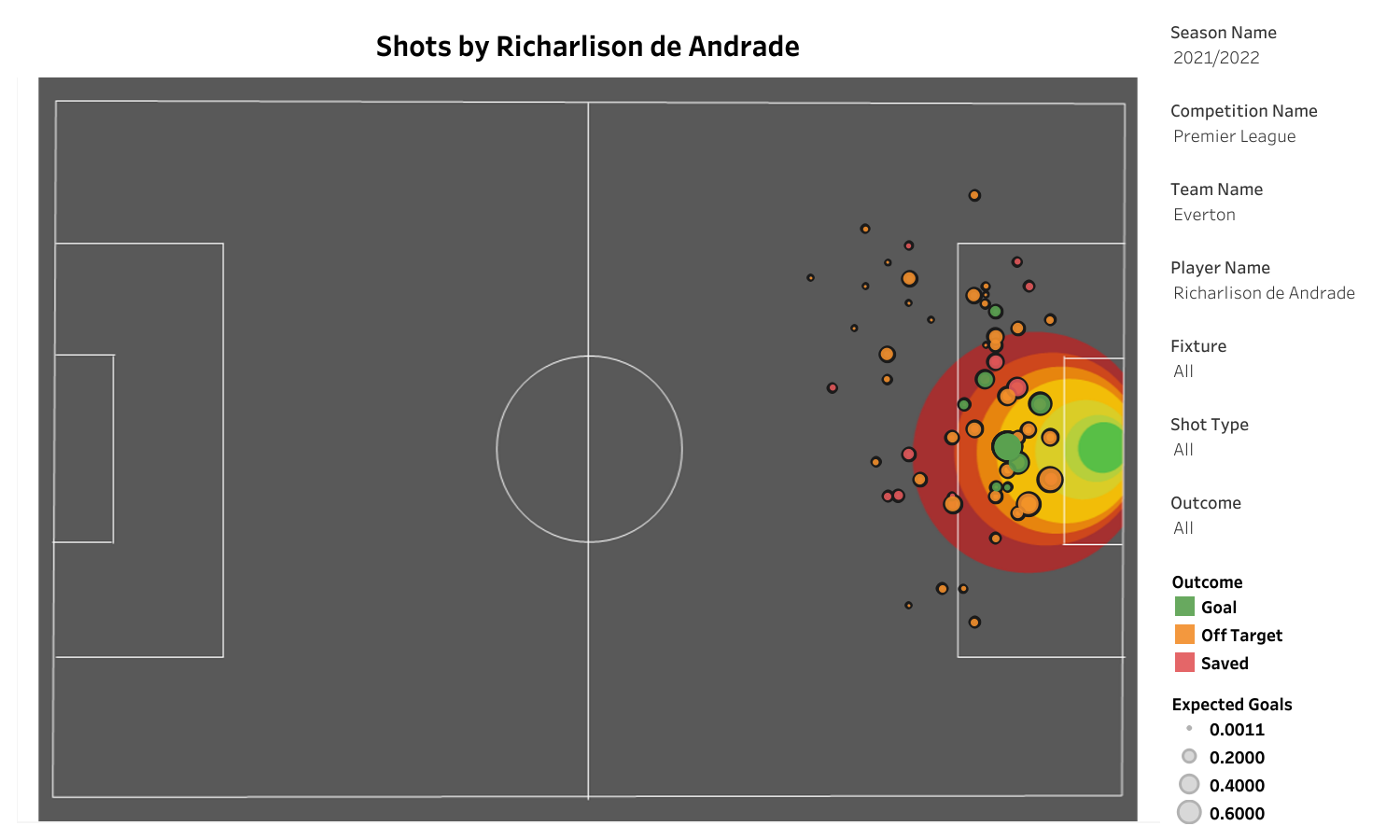 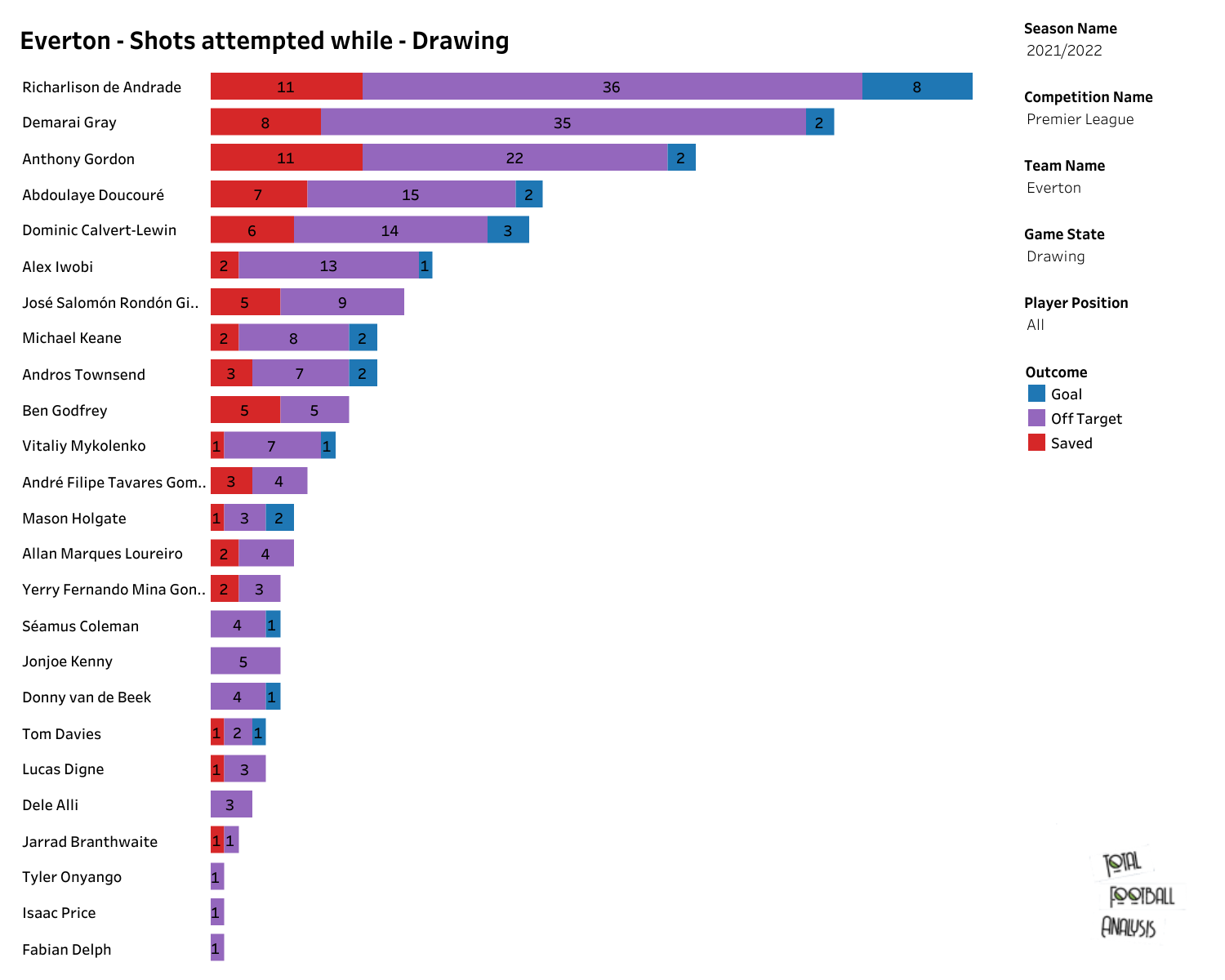 The above viz shows the shots attempted by Everton players when the match was heading for a draw. Richarlison has attempted the most shots during that situation. He attempted 55 shots and found the back of the net eight times. The player had a total of 19 shots on target. He was the main threat in front of the goal for Everton throughout the season. 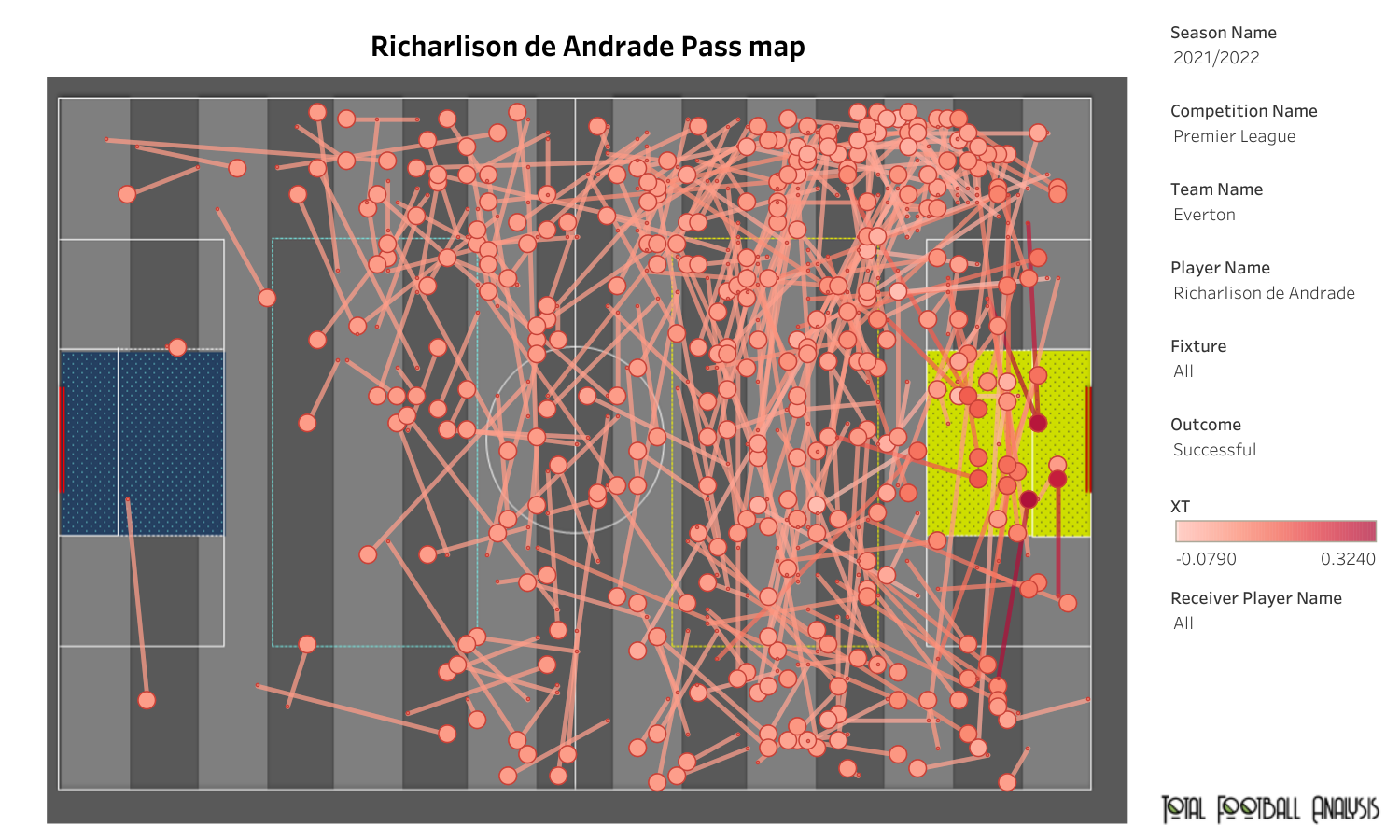 Richarlison created five goals for his teammates. The above viz shows all the successful passes attempted by the Brazilian. A total of 34 passes landed inside the opposition’s penalty box, and five landed inside the opposition’s 6-yard box. Throughout the season, Richarlison attempted 47 crosses, 15 smart passes and through passes each. Most of the passes into the opposition’s penalty box have been attempted from the left side. The Brazilian attempted most of the passes towards Alex Iwobi. The highest threat from passes was created from 21 passes attempted toward Dominic Calvert-Lewin, and the striker converted two passes delivered by Richarlison.

The Brazilian has been the star player for Everton since signing in 2018. He is on the transfer list of a few other clubs, and Arsenal will face tough competition to acquire his services. The player can play wide and through the centre. Mikel Arteta could make use of his versatility, and the player could lead the Gunners’ attack in the next season.

The post Transfer Talk: Richarlison – Could the Brazilian lead Arsenal’s charge for a top-4 finish next season? appeared first on Football analysis, news, betting and opinion from Arsenal.