Chelsea are considering a move for Wolverhampton Wanderers’ left-back, Rayan Ait-Nouri. The 21-year-old made a permanent move to Wolves at the start of the 2021/22 season. Chelsea’s second-choice left-back, Marcos Alonso, is set to leave the club. The Blues need a strong replacement for him and someone who could challenge Ben Chilwell for the position. Ait-Nouri had an impressive season for his side in the English Premier League. Thomas Tuchel is looking for defensive enforcement after a few players have decided to leave the club in the summer. Rayan Ait-Nouri is one of the targets for the Blues in the summer.

The full-back featured in 23 games for Wolves last season. He started in 20 matches and scored one goal along with two assists. 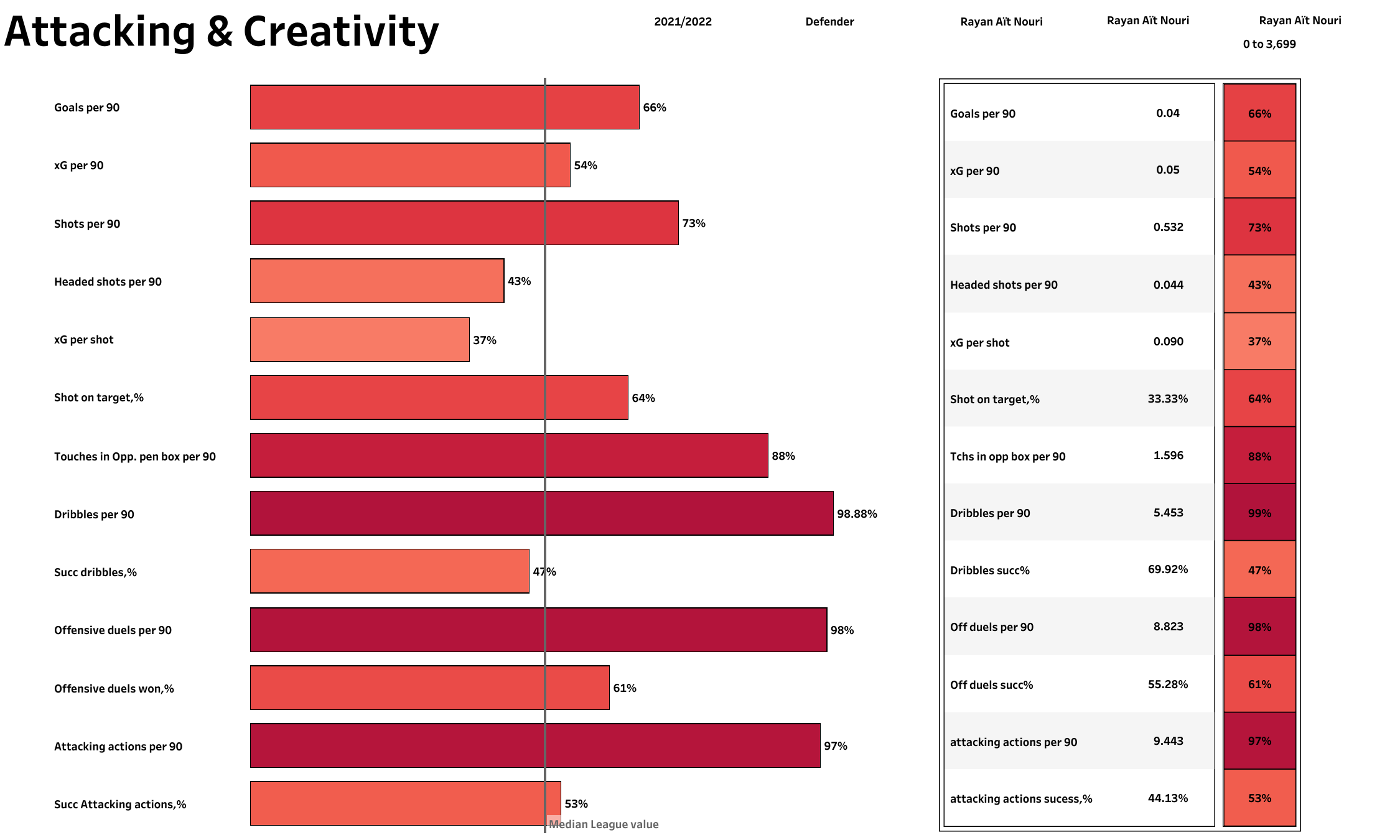 Ait-Nouri impressed everyone with his attacking skills on the field. When looking at the above chart, the general rule is that the longer the bar, the better the performance — you can see the league average in the middle, and the % is the percentile rank the player is in. The above chart shows the attacking stats of Ait-Nouri in comparison to the other defenders in the league. He was involved in 9.4 attacking actions per 90 minutes and had a 44.13% success rate. He also had a high percentile rank for dribbles per 90 and for contesting offensive duels. Other than this, the player averaged 1.59 touches inside the opposition’s penalty box. 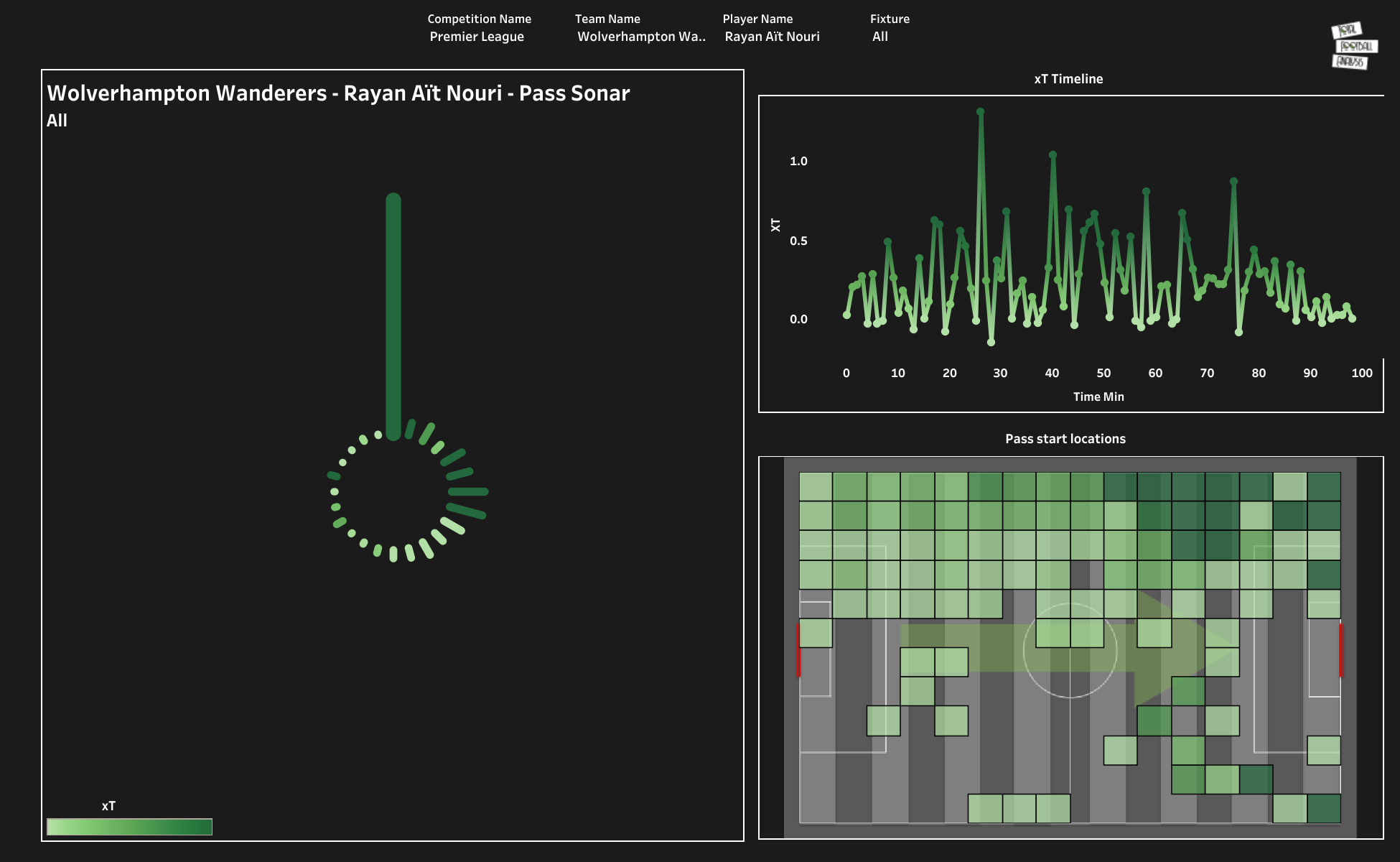 The above viz shows the pass start location as well as the threats created from passes at different time intervals during the match. Wolves also play in a similar formation to Chelsea. Ait-Nouri operated as the left wing-back for his side. He stretched the opposition defence and took some dangerous positions on the left flank to deliver passes into the opposition’s penalty box. The 21-year-old averaged 34.85 passes per 90 minutes with a 76.59% passing accuracy rate. He attempted more than three crosses per 90 minutes and made 2.3 progressive runs per 90 minutes. The highest threat from passes was created by the players during the middle phases of the matches. Last season, Rayan Ait-Nouri created a lot of chances going forward but struggled to defend. He played his second season in the English Premier League and is slowly starting to settle with the pace of the league. Chelsea might consider a move for the youngster, and he could help them in the long run.