Chelsea have to rebuild their defensive line following the departure of their best defender, Antonio Rüdiger, to Real Madrid. Andreas Christensen also decided to leave the club and joined FC Barcelona. Chelsea’s captain, César Azpilicueta, and left-back Marcos Alonso are also on the priority list of Barcelona, and they could also leave in the summer. The Blues have targeted a few defenders to replace them and add depth to their squad. One of the players to have recently emerged as their target is PSG’s defender, Presnel Kimpembe. The French side is keen on signing Milan Škriniar from Inter Milan and wants to earn money from Kimpembe’s transfer. Kimpembe is a French international defender and has played top-division football. He was a regular last season and has played with Chelsea’s veteran defender, Thiago Silva. Now, he could once again have the chance to play with Silva. 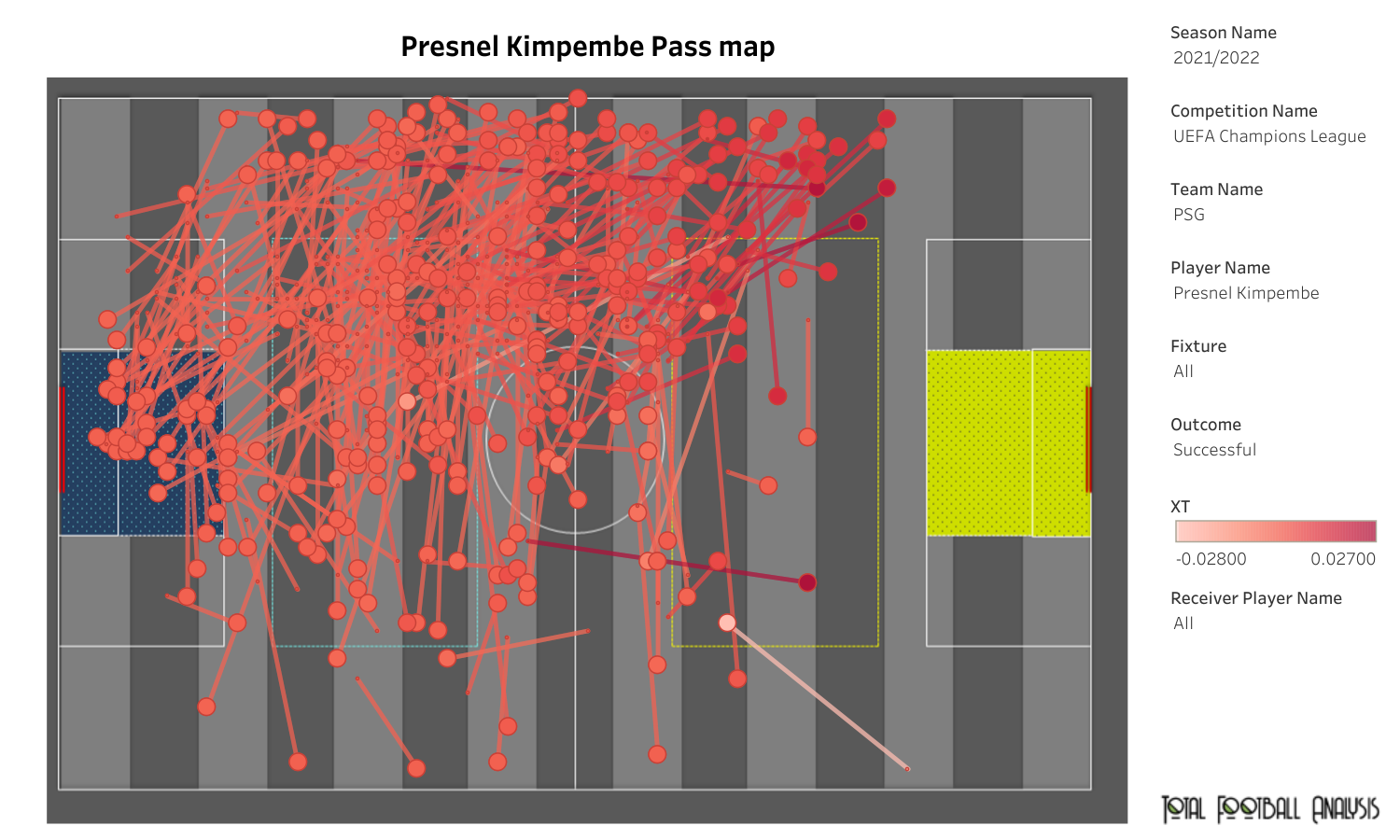 Kimpembe is a left-footed defender and plays as the left centre-back. Rüdiger also used to play a similar role for Chelsea, but that was in a three-at-the-back formation. The above viz shows the passes that were successfully delivered by Kimpembe in seven UEFA Champions League matches. He averaged 48.8 passes per 90 minutes with a 90.7% accuracy rate. The above viz shows that the player distributed the ball towards the flanks. Most of the passes were directed towards left-back Nuno Mendes, followed by Marquinhos and Leandro Paredes. This shows that the 26-year-old can play the ball from the back. 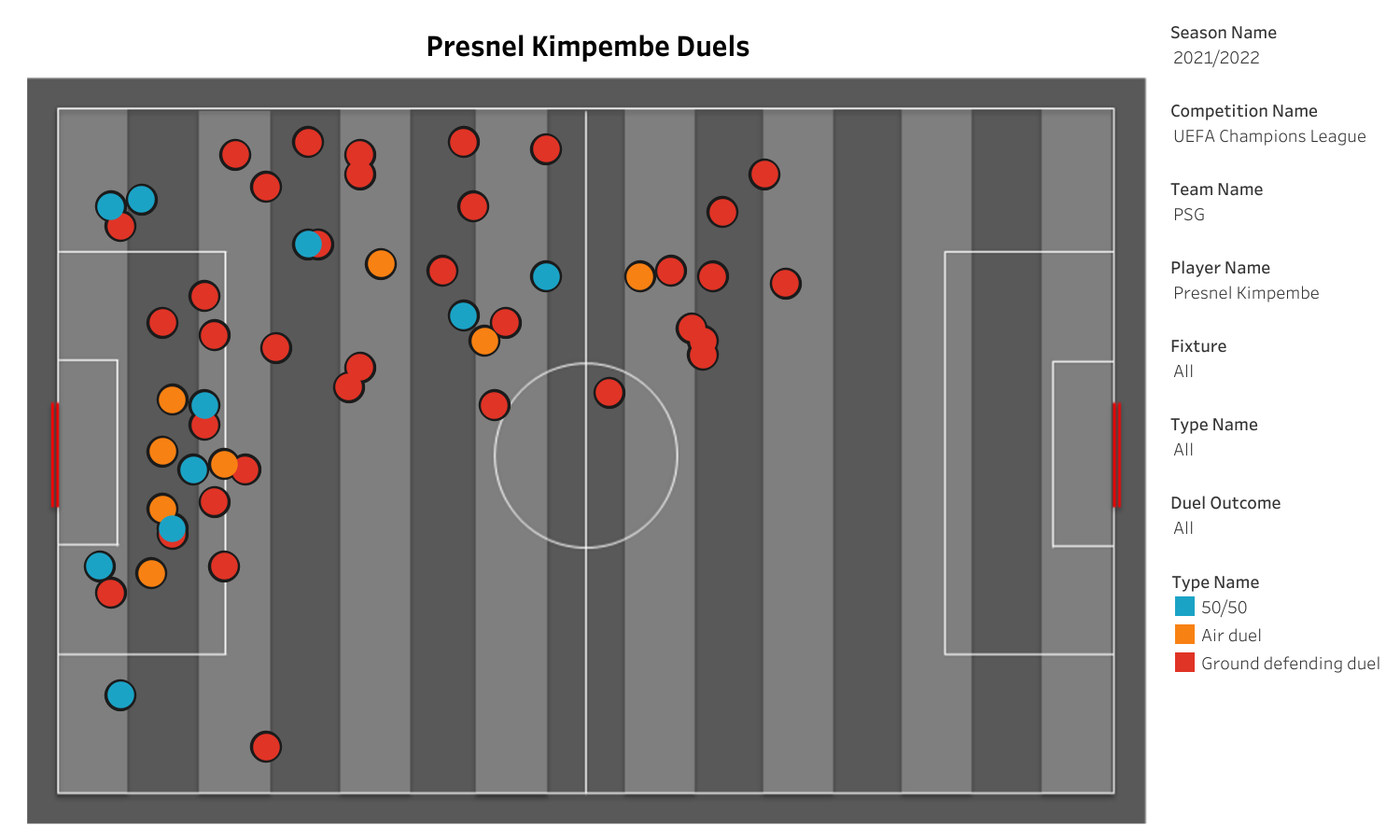 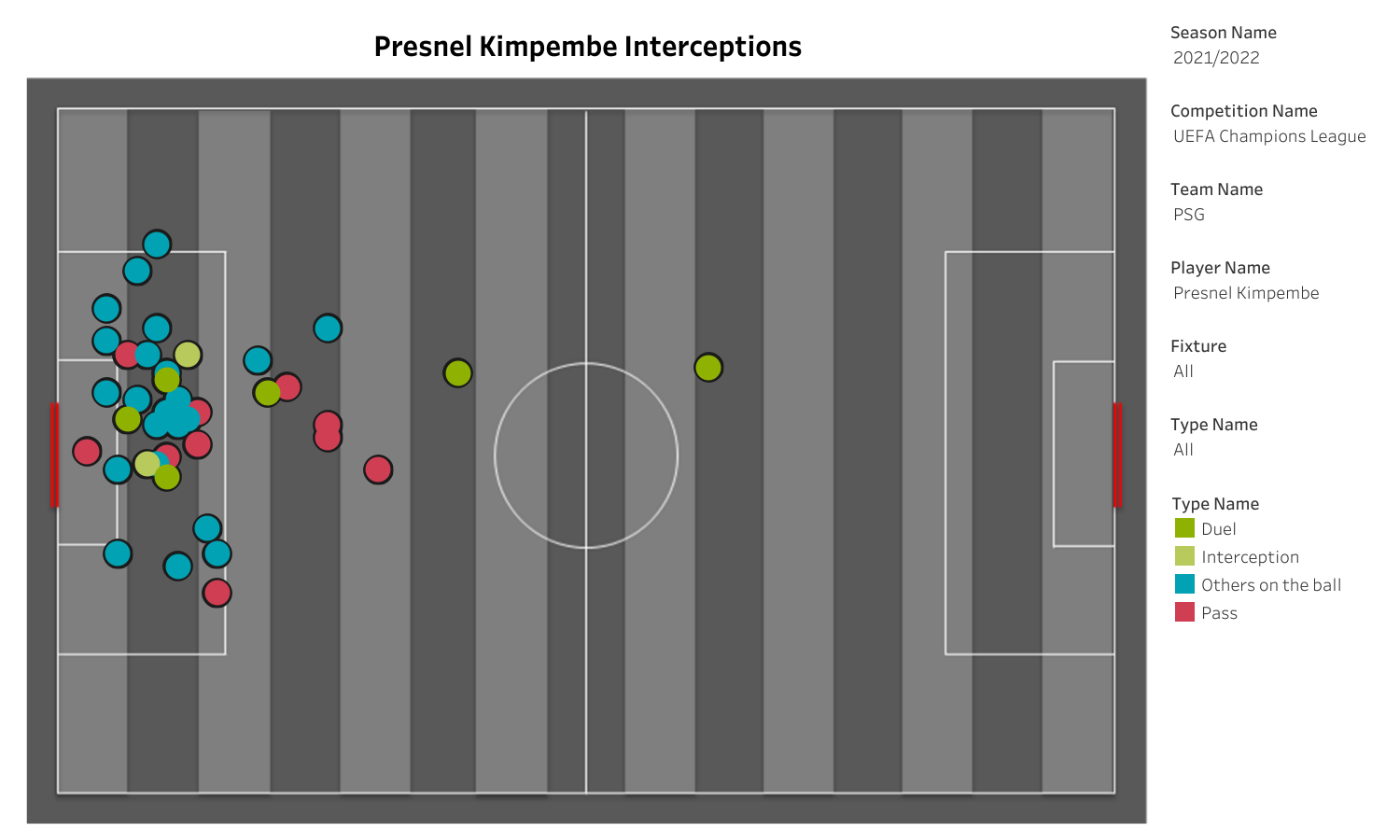 Kimpembe could fit into Chelsea’s backline. He has already played under Thomas Tuchel at PSG and knows the manager well. PSG are keen on signing Škriniar, and that might open the door for Kimpembe’s exit. Chelsea need a defender to solve their problems. Presnel Kimpembe could be on the move to a top European club in the summer.

The post Transfer Talk: Presnel Kimpembe – The PSG defender who could be a part of Chelsea’s back-three next season appeared first on Football analysis, news, betting and opinion from Chelsea.